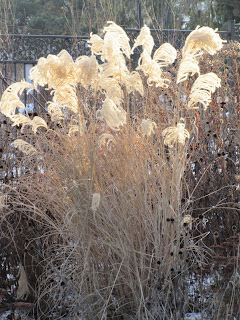 And the ending just kept getting further away...

So I went from a New Year blog, to Midwinter, to Spring Equinox, to month-end—only with words this time. Critically, length has been my downfall and the more I read, the more striking the brevity of any given blog.  I always strive to achieve something more than the, I woke up, worked out, ate a salad, and bought lipstick and here are the photos to prove it (not that there’s anything wrong with that) kind of blog. The only problem is that I turn into Professor Tripp and Crabtree loses his job.

A lot has been written about how we’ve forgotten to read deeply as a result of social media and the very thing we’re doing here.  Forgetting how to read deeply because, in an age of instant gratification, if we can’t get what we want in the first few lines, we abandon a piece in favour of something new. (How do all these on line long-form pieces survive?) See Michael Harris’s I HAVE FORGOTTEN HOW TO READ.

Side note on the ’s. My latest guru and soon-to-be-author, BC Dreyer, advocates for the following construction:

Dreyer is also a proponent of only one space between sentences. That will take some getting used to.

I recently discovered Call Me Scotty by Andrea Scott, playwright and producer-extraordinaire emphasizing brevity, topicality, and frequency of posts.  Scott is presently located in Stratford, Ontario and her writing can be found at CALL ME SCOTTY.

Seven degree weather and confirmed sighting of the following 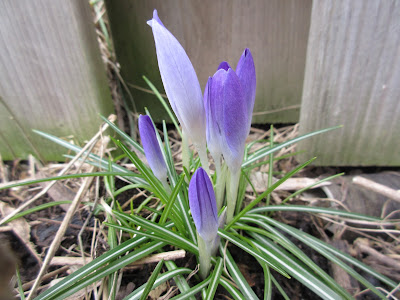 Yes, folks, there’s nothing like having a commercial pick-up truck parked on your front for the weekend. This is the man who emptied a weeks’ worth of recycling into my blue box—my empty blue box—and the remainder of his garbage into my—also empty—green bin.

Quick tour of the backyard to assess the degree of damage control, come May.  The doves had been at the old robin’s nest—had in fact savaged the nest—so they seem intent on squatting, again.  Doves, by nature are not an interesting species. I’d much rather have a dynamic robin tending its eggs and young.  Doves don’t move—at all.

We wait patiently for the daffodils. 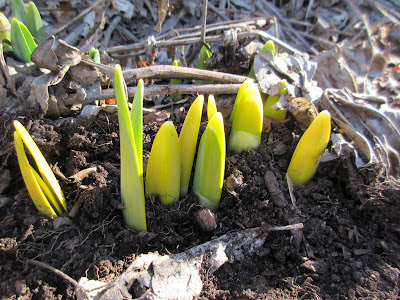 The month began in storm-watch mode which turned out to be a non-starter and very disappointingly resulted in no day off.  The Peel District School Board must be loving it—immediate school closures;  Peel and parts of Halton Catholic who also seem to take no chances.  In my day—and no exaggeration—we walked on a sidewalk-free highway through several feet of snow, crossing five live lanes of traffic.

Key was the need to prove a certain boss wrong as he was convinced we were to see no storm. His Doppler works different to everyone else’s.We did have a corker of a thunderstorm, though.

Side not for said boss:  Employee Appreciation Day went unobserved, again. Having said that, I dislike having one day set aside for any acknowledgement of this kind—be it annual reviews or the approaching Admin Day; there cannot be just one day set aside to provide feedback.  Like the dreaded annual review, why wait a year to let people know how things are going.  Reviews are reviled; cheap and dreaded so that must be why corporations continue to conduct them.

Spring cleaning began in earnest; more to the point, pre-spring cleaning. As we know, I missed Winter ’16 and Spring ’17 deep cleaning due to pneumonia which was followed by flu this past Winter so things got a bit out of hand. We are fooling no one but ourselves if we think a 16-pocket purse will help keep us organized. It is merely 15 more pockets in which to lose stuff. 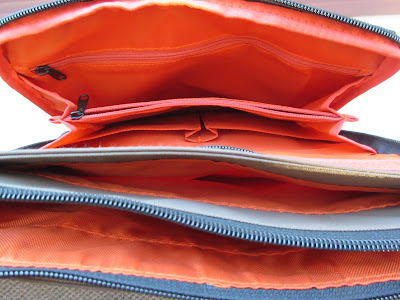 In between sneezes and lethargy, I finally caught up on the original Wallander series.  Loved the A-line skirts and dresses; the Swedes are obviously a sensible bunch. See also low ceilings.

After thirteen episodes of crime, I switched to Jarmusch’s Paterson which is entirely the wrong thing as, after Wallander, Ripper Street, and Homeland, the brain is conditioned to anticipate the next thing to go sideways and of course nothing does “happen” in Paterson—it’s a character study, not plot driven.  Appreciated the tv-free space of the Paterson bar. 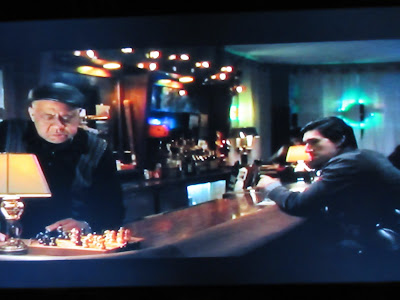 Bracing for Season 4 of Ripper Street. 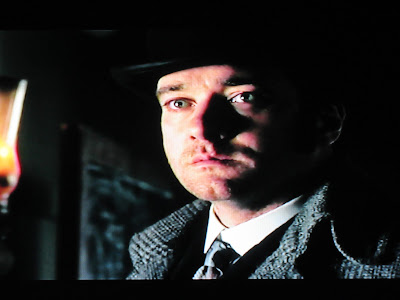 Also revisited Trainspotting I and II.  Sadly, the original was the North American cut as the accent had been cleaned up for those across the pond.  I think the cult status could be maintained by leaving the scene as intended. Very happy with the second film as the characters are exactly where they should be: addiction, remorse, on the take, and jail.

Then, it was foreign film bonanza including Pawel Pavlikowski’s Ida. I’d quite forgotten about the nun by the time we got to the open window.


Out the open window. 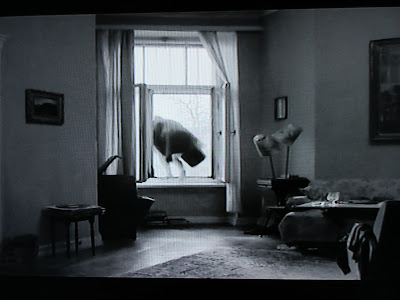 Time to get back to books, in earnest.  First on the list is Roxane Gay’s collection of essays, Bad Feminist. This is a no BS approach to life and Gay can be counted on to tell it like it is. 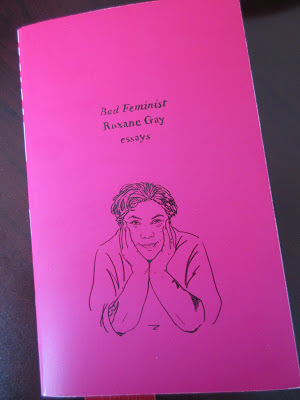 Sadly this book was purchased from Indigo—because I got a good deal—and last week we learned that Bryan Prince Booksellers closed its doors. They shall be missed at GritLit, this year. If you can’t make it when you’re a stone’s throw from a University, have incorporated author readings, open workspace, and are supported by and support an annual literary festival, what hope is there for other shops?  Epic Books on Locke seem to be in the black and may have taken some of the business off Prince. Several years ago, I bought two cookbooks from Epic but have never returned. Unfortunately, the last books I tried to order through Prince are all out print. (There are, however, used editions floating around on Indigo’s site.)  But books are bloody expensive; there are very few who can afford $35 for a hardback.

Controversy still swirling around Soulpepper and Animal Farm quickly divided the full house, beginning with the cast introducing themselves—not as their character but as the costumed actor.  The play was a commissioned piece and tossed aside the Russian influence in favour of Trump, Syria, and a lotto-playing horse, amongst other diversions. A 50/50 split and I find myself in full agreement with The Globe and THE STAR. 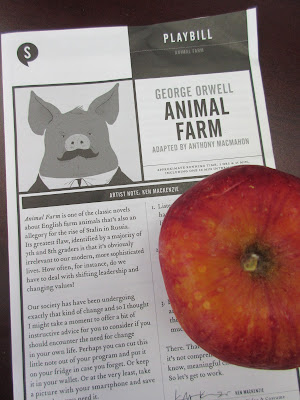 On the brighter side, Canadian Stage is offering a fabulous line up for Jocelyn's final year as Artistic Director. Looking forward to Lepage's Corialanus at Stratford, this year. 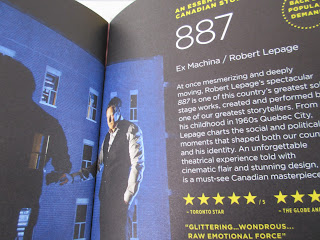 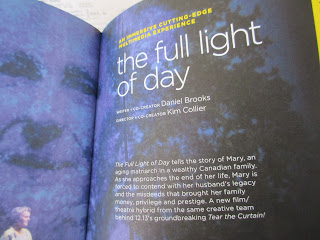 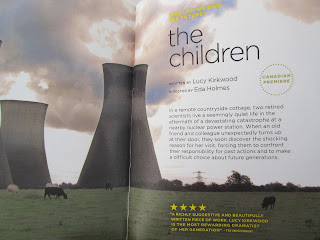 Sook-Yin Lee is back. 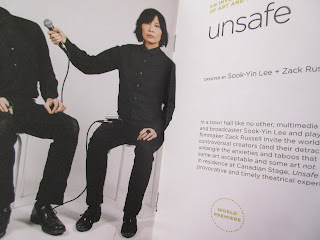 Easter--the next great exercise in food. Something for next year's treat table---The Stigmata Cookie. Too bad there's no consistency in a date for Easter holidays. And too bad we don't all get the Monday as statutory. 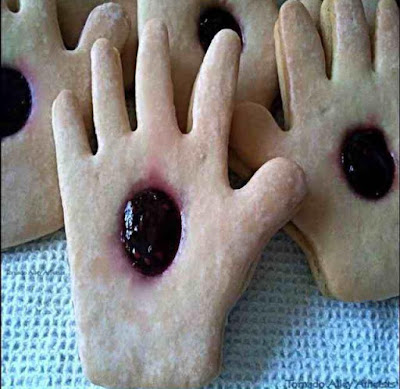 Easter presents yet another opportunity for cake and brunch. And why not indulge in a sausage or two followed by lashings of icing.  Cake was a tad boggy, this time around. 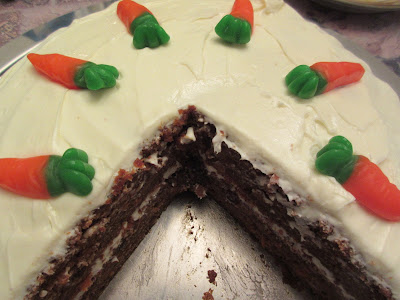 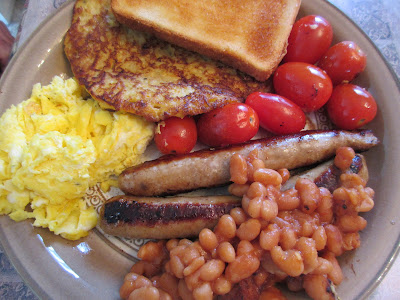 Further, to confirm that Spring is indeed upon us, despite the hail, sleet, and hanging gale, three groundkeepers fired up their leaf blowers in what can only be decribed as a great middle-finger to the rest of us.  A rake works wonders. 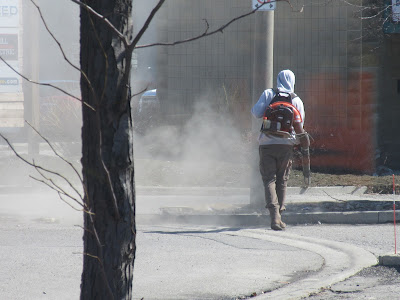 Looking forward to what the neighbours will do with the garden, this year.  Elements of Pet Cemetery at the moment.