What elephant in the room?

Half way through a recent viewing of Lawrence of Arabia, thoughts turned to how best to deal with Toronto traffic. No prisoners! Rallying an Arab army may be easier than negotiating one’s way through the streets of Toronto.  Throw in a little Art of War and one is ready to take on a cab driver.  Oh, those sly U-turns, the mid-intersection halt, the five-lane cross to pick up a fare. I don’t fear for my life at the hands of a mugging, it’s the cabbies one has to look out for. Why there aren’t more pedestrian fatalities remains a mystery. Saturday’s schedule involved negotiating the streets surrounding The Distillery District, The Danforth, Sherbourne & Carlton, and Esplanade & Market—all swarming with cabs.

Great controversy swirled around this trip as it was to be the first show at Soulpepper since that “thing that happened that apparently patrons are quite over and are only too pleased to be moving on from”. And prior to this day, no one talked about it, the Women’s Marches, nor any other fallout. However, Soulpepper is still very much playing host to the elephant in the room. As you may know, Soulpepper Theatre Company recently went through a crisis of conscience when its artistic director, Albert Shultz, was asked to relinquish his duties in light of allegations brought forward by four courageous former Soulpepper actors and the details are available here:

From my informal survey, Saturday, no one seemed remotely interested in discussing the restructuring process. For obvious reasons, theatre companies and actors-at-large have shown full support for the women—as do I—but seem reluctant to put their weight behind Soulpepper’s restructuring unless the entire board of directors steps down. To add to the fire, controversy still swirls around former director, Lazlo Morton, and his eventual splitting of ties with Soulpepper due to inappropriate behaviour. Would anyone else like to step forward before they come for you?

Supporting the accusers and supporting the Company are not mutually exclusive. Still, quiet enthusiasm for the remaining January show—of which subscribers received no email or other informing us of Amadeus’s cancellation and that, indeed, the show will go on for A Delicate Balance.

First, praise for the smooth drive which is becoming a rare bird indeed. Six degrees on the plus side and a gentle breeze—almost tropical.  I pit stopped in the distillery for a quick walk into Tank.  Jillian produces glass works and I was on a mission for cuff links. At $2.50 per half hour, clock watching is key. Crews were setting up for the Lite Festival and with two hours till opening, didn’t look anywhere near ready.  Needless to say I did not anticipate the 19:00 crowds. But I’m getting ahead of myself.

Took a restorative trip to Allan Gardens which was jammed with visitors and their selfie-sticks.  And $1.25 per half hour so practically a bargain compared to the Distillery. The heady whiff of soon-to-be-legalized cannabis emanating from the adjacent parking lot. Just north of Moss Park (itself mired controversy), the Gardens is an oasis in an otherwise rougher neighbourhood.  The Xmas displays were fading but the amaryllis were still going strong. Chatted to staff about Kalanchoe which I have never been able to have bloom a second time.  Theirs looks good despite the gardens not employing any particular tactics vis a vis water and light. Luck of the draw, I guess. 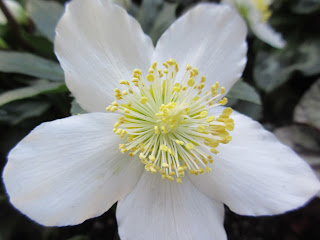 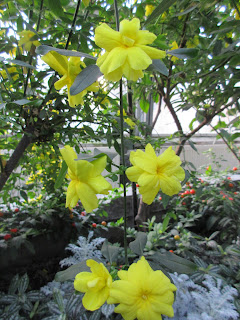 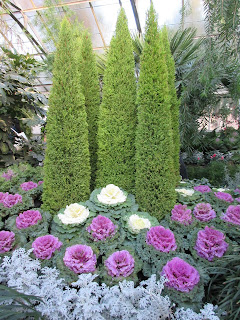 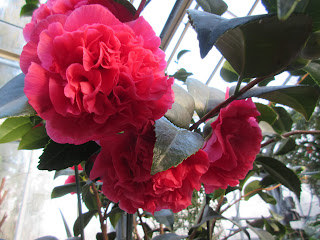 Since I missed Women's March II, Saturday, sending pink camelias to those who are organized enough to get themselves into downtown Toronto to take part. There in spirit. 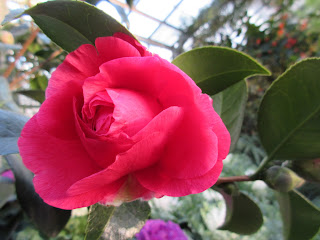 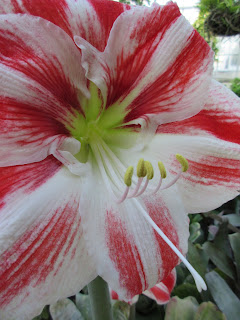 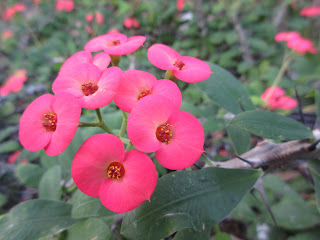 Since we are not a month out of Xmas, the plan was black coffee for supper so went with The Magic Oven’s Lamb wrap proving that one should only order a menu item once.  Not that the wrap lacked for anything, but the perfection of that first order remains with me:  a soft, warm, granular wrap perfectly packed with a generous portion of seasoned lamb, onion, and arugula, graced with hot, crispy fries. While tasty, this second wrap was under-filled, leaking precious seasoning, and the wrap had been warmed to the point of crisp. By its very nature, wraps should completely surround the contents, securing one's clothes from greasy runoff.  The Oven does produce excellent dishes, the pizzas look fantastic, and there is a brisk take-out trade. And it’s conveniently located next to Coal Mine Theatre with whom they partner.

The Danforth is a 40kmph and all nations are represented. Must try Gerrard Pizza and the Ethiopian restaurants sometime.

The bulk of rush hour over, Parliament was flowing. (But pity those cyclists negotiating traffic; those painted green spaces are not for cars, people.) Then came the cabbies—an undisciplined force. Why have we come to a stop in the middle of an intersection? Cab driver has stopped. An eventual left turn, followed by a U-turn, the pain of having to stop at a green light while two pedestrians strolled across the intersection, a break for the bus stop, and the fare was picked up. Avoid all cross town streets—particularly Bloor, College, Dundas, Queen, King—(no driving beyond distances of one block, anyway), and Front.  Better yet, take transit; but do please keep your nail clippers at home.

No time to capture the fire-breathing portion of the show but it was impressive.
The LITE FEST continues into March. 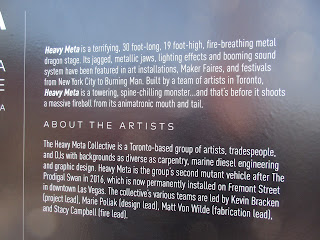 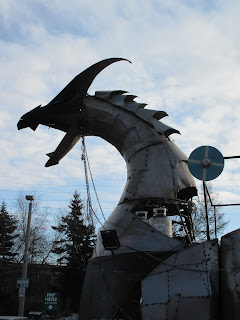 From a thinking driver, I fast turned into a sheep, desperately trying to find a parking space in the Distillery district.  Why I didn’t go with my usual spot, twenty-five minutes’ walk away, I don't know. Distillery management puts on festivals—Bavarian Xmas Fayres and tonight’s Lite Fest—and the place swarms with people there’s no capacity for.  And was that another condo tower going in on the South side? With all the snow-clearing equipment and Festival cube vans, many of the parking space were occupied.  I struck on the bold idea to park in the vacant Mon-Fri/9-5 Soulpepper spaces, I’d pay of course but needed the go ahead.  I couldn’t rationalize with the box office so a mad sprint from George Brown underground ensued. We don’t clean sidewalks in this country, we dump vast quantities of salt on the pavement and hope for the best. Hence, every three feet, one has to stop and empty one’s shoes of debris.

Seated with a few minutes to spare, the workout left me with a tickle at the throat and with the herbal cigarettes throughout the performance, I joined the chorus of coughers—two of whom left to tend to their lungs. I too had visions of watching the first act through the lobby monitor.  Brief chat with person to my right who acknowledged the possibility of a sombre atmosphere—there was a call for boycott—and person to my left who noted the Credits section of the program had been revamped to reflect the acting Artistic Director, Alan Dilworth. Other than that, most people had their noses buried in their phones and were content to merely stare at their apps making tough choices about what can stay and what can go. 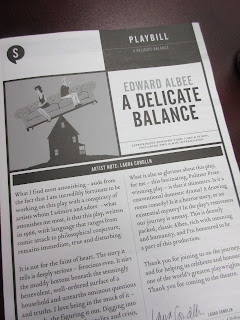 All told, great show with fine performances from everyone—should go without saying as this is not their first crack at the boards.  This was a much talked about pre-production and some comments failed to recognize that the play didn’t just go into rehearsals, January 4. Ms. Leblanc would direct with great sensitivity regardless of the present climate.

Developed such a thirst, as everything from cognac to martinis to vodka is consumed over three hours that a G & T was in order. One thing though, I respectfully call on the theatre company to ban all food and drink. Spilled water, dropped cups, and soddened programs are not wanted here.

I trust future critical reviews will not have to make reference to the elephant in the room as did the GLOBE & MAIL REVIEW, to name one.

Hoping that the cast and company have found catharsis in Albee.