Back to the Prairie. Saskatoon Bound. Day 8


The government of Alberta thanks you for your stay with two levies including a four percent Alberta Tourism fee.  Thank-you very much.  I will not miss rolling into a vast chasm every night and my comment card reflected my distress over the mattresses.  It is difficult to do a province justice in four days.  As stated earlier, this was merely a reconnaissance trip and I was looking forward to the quiet again.  Vacations shouldn’t be dominated by traffic (nor by rain). 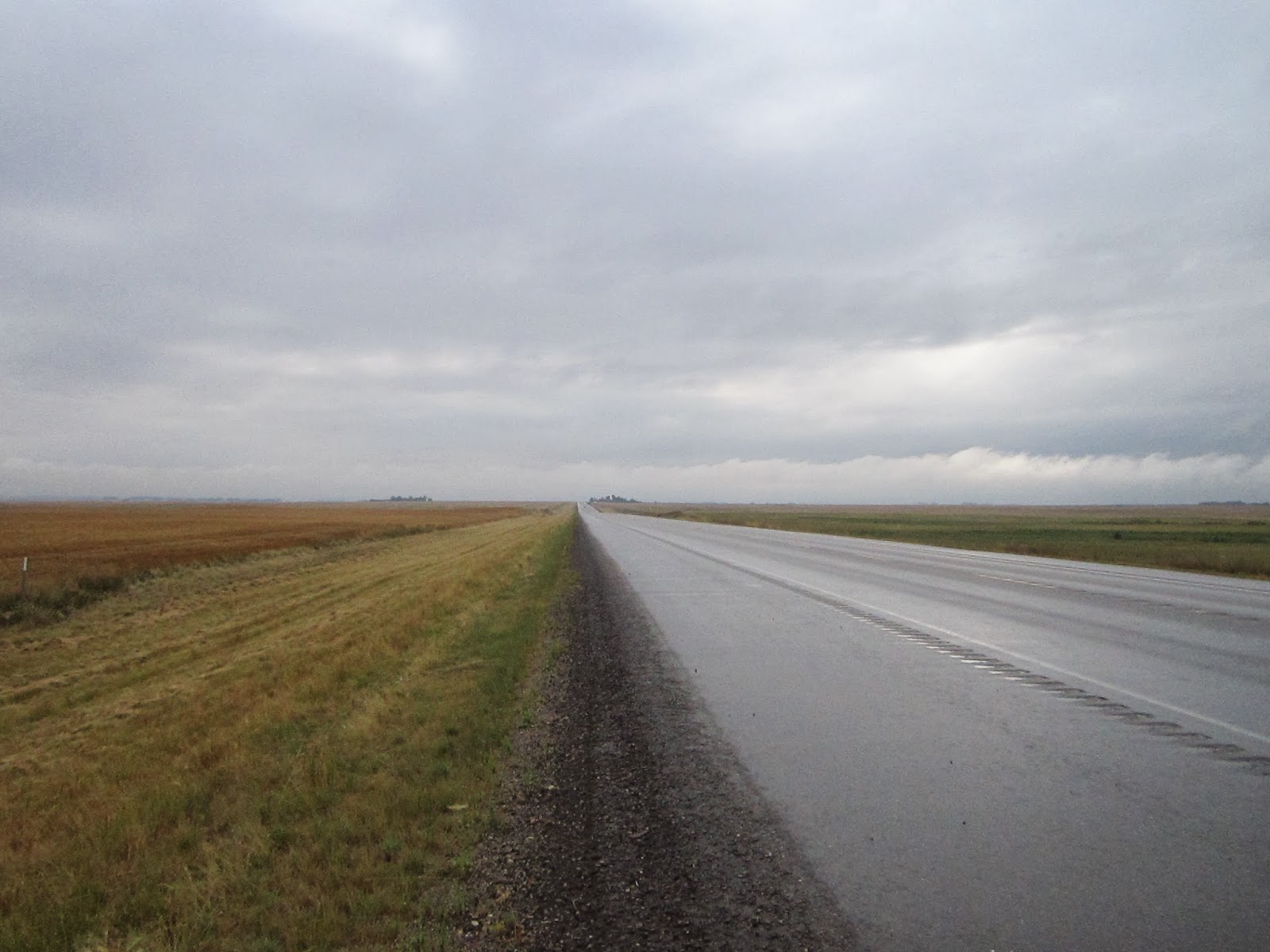 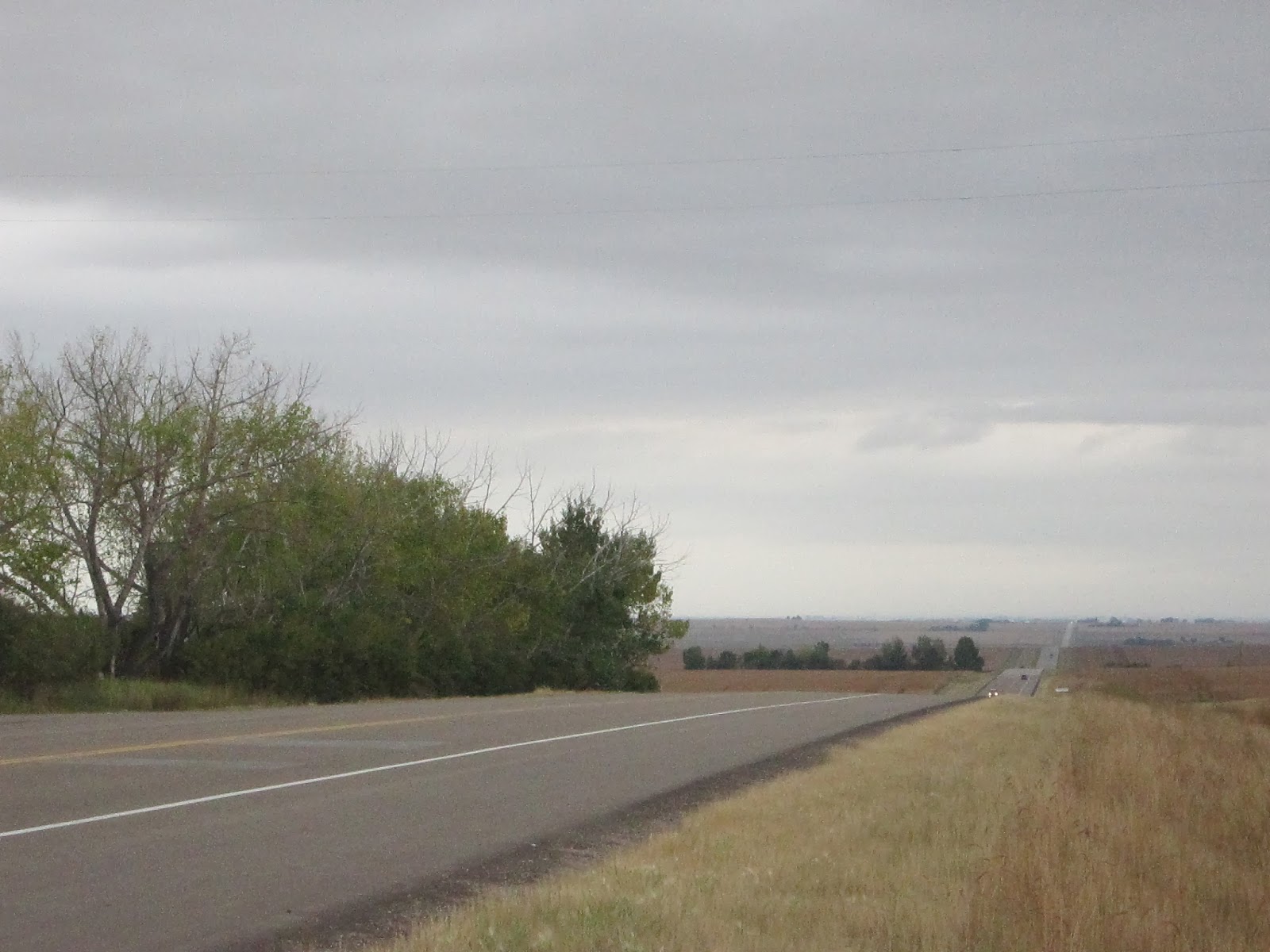 Steady drizzle along the route.


Drumheller-Dinosaur Country.  Unfortunately not enough time to visit the Tyrell museum.  Up at the lookout, the major attraction was a little burrowing prairie dog.  Everyone had cameras at the ready as they thought it was a chipmunk. 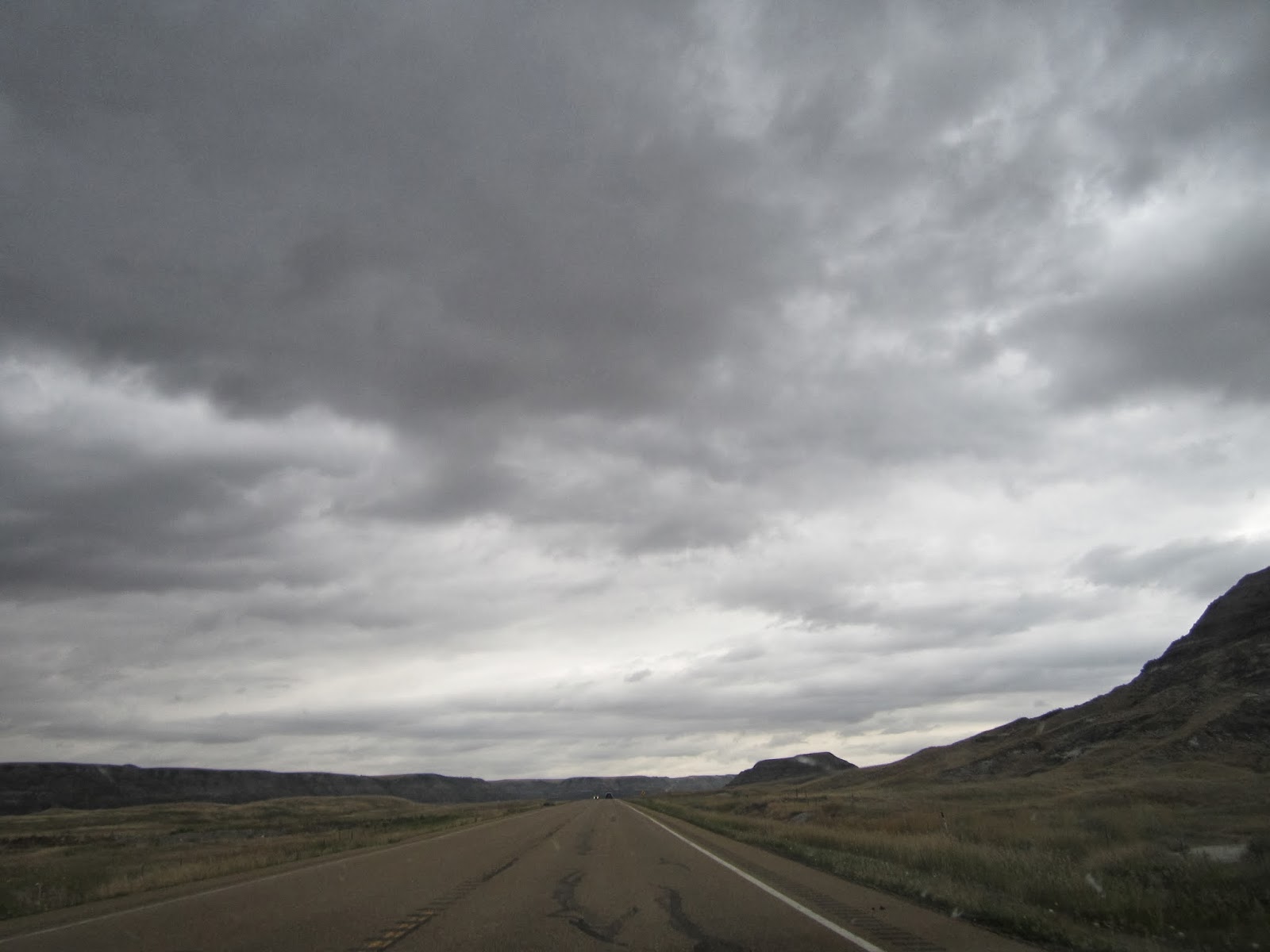 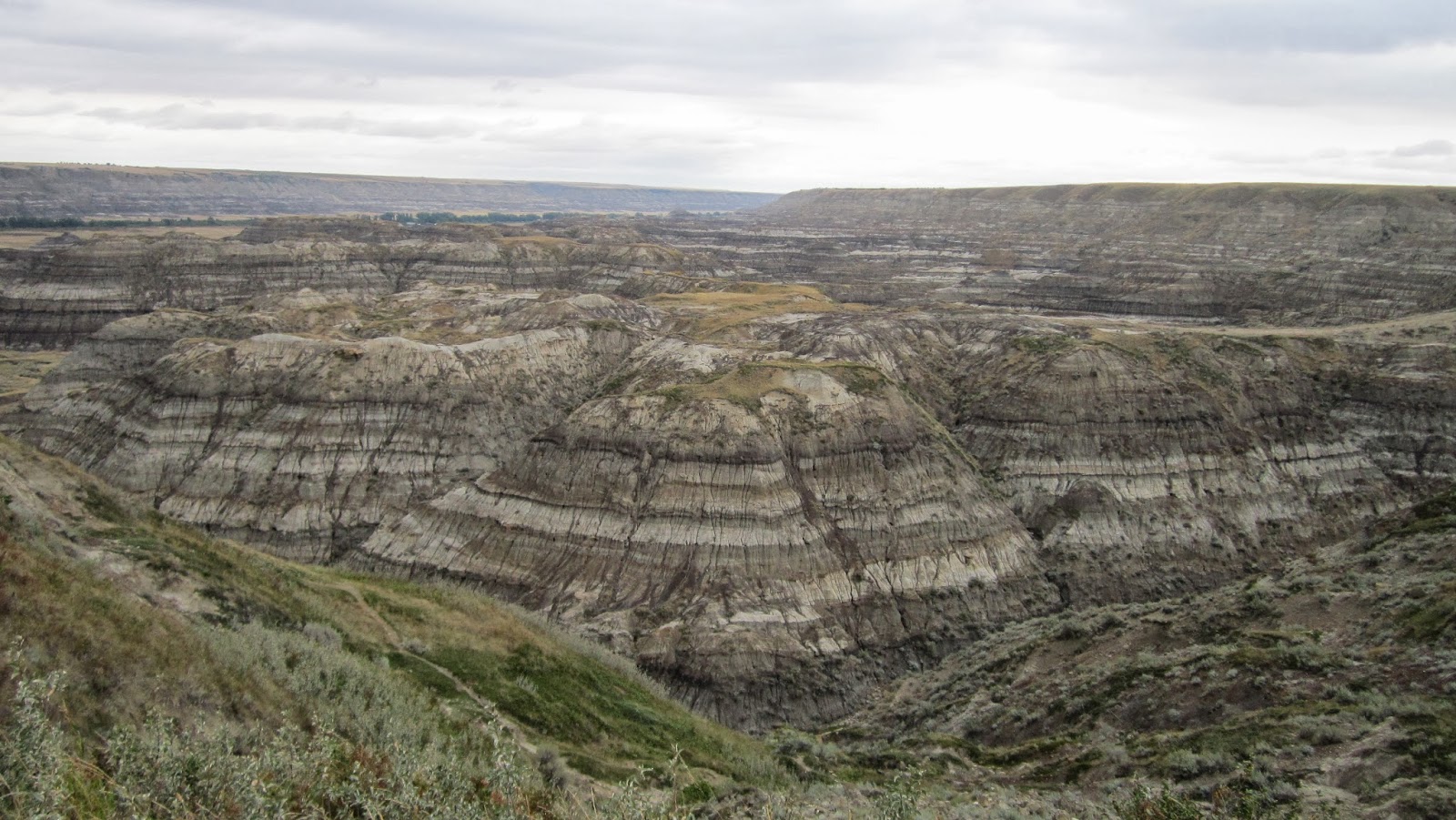 Poked about on various abandoned farms. 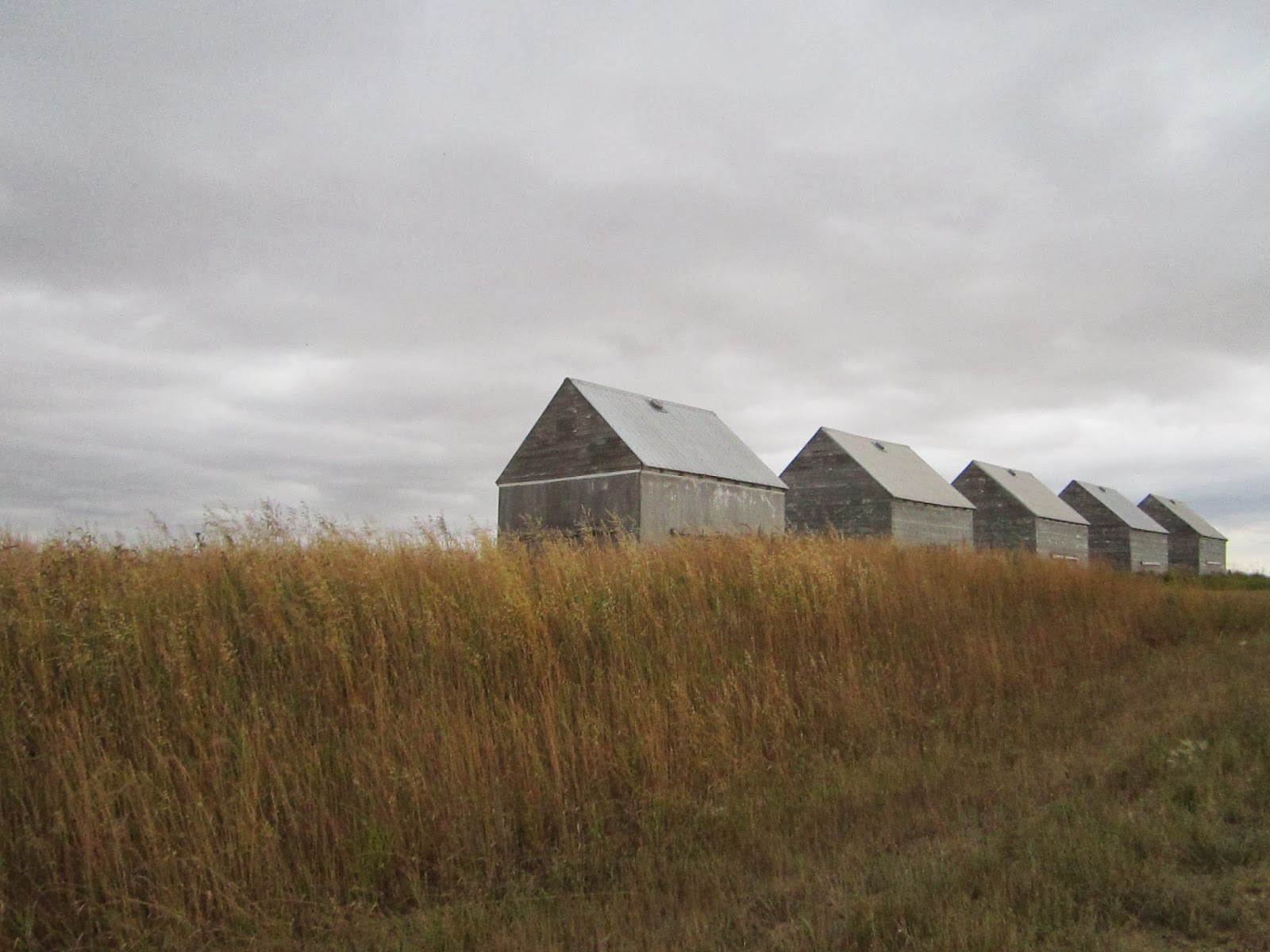 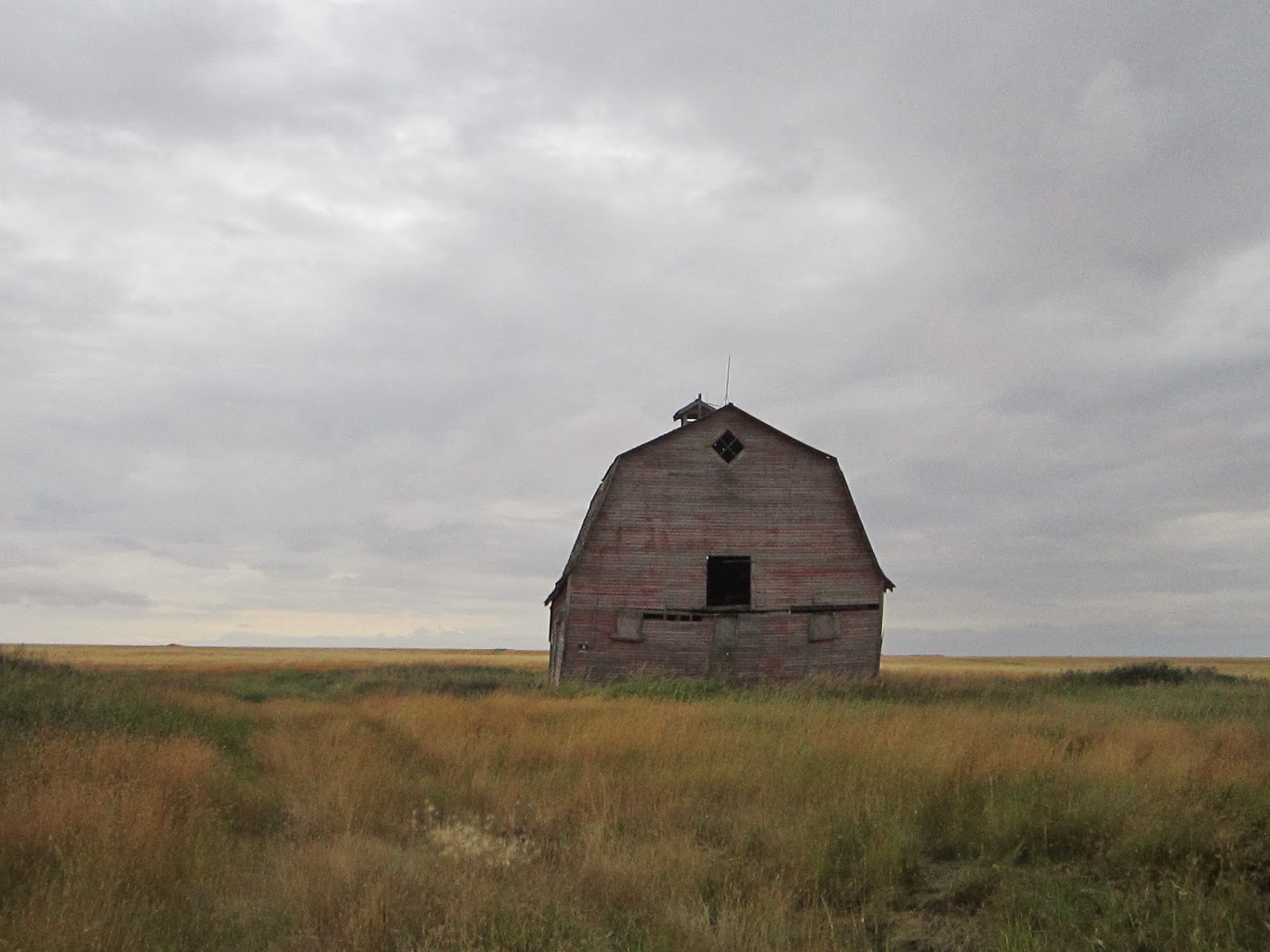 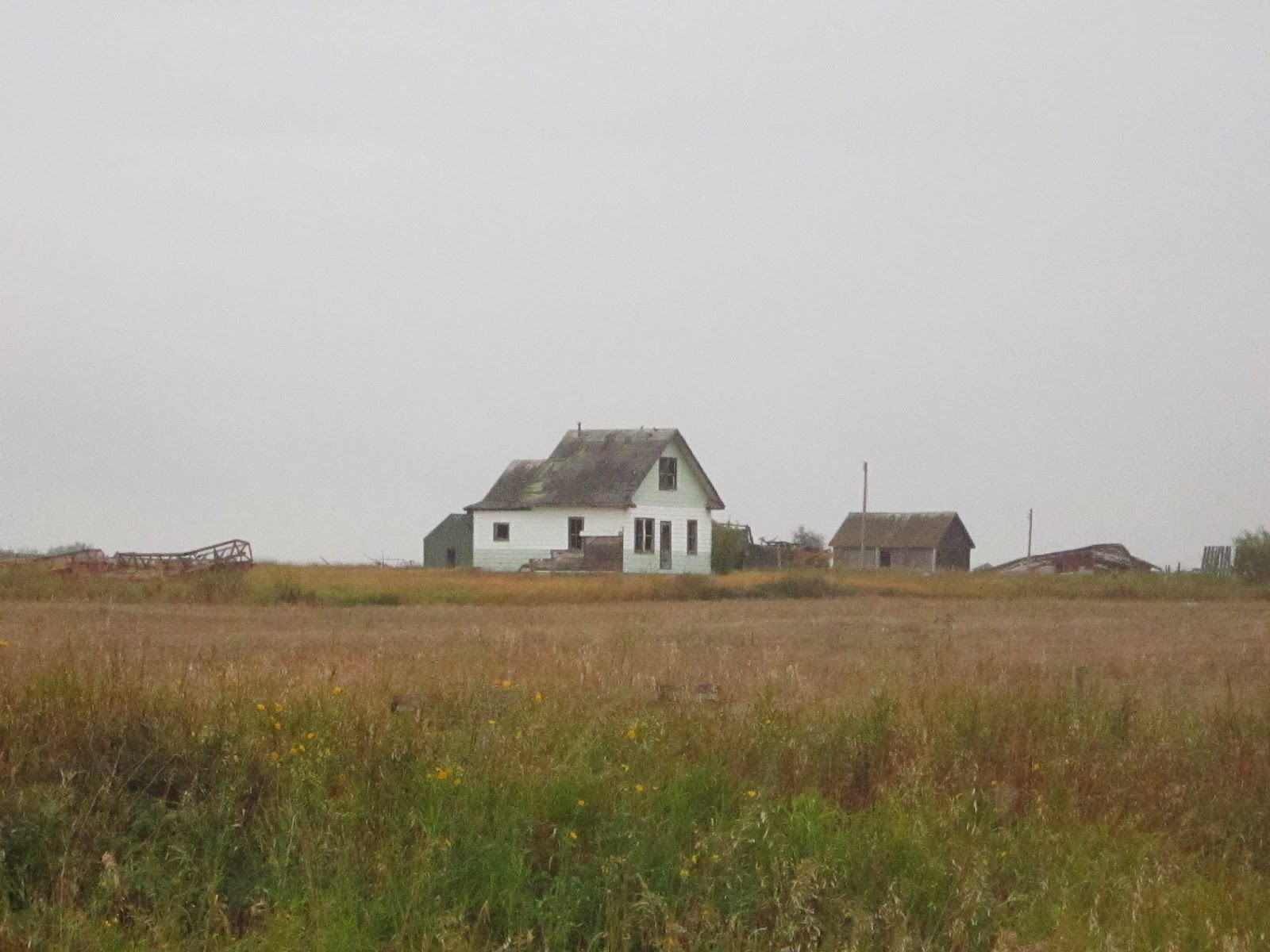 Cereal.  An old train stop; now museum.  The railway tracks have long disappeared and the motels are closing one by one.  Would like to see a walking trail established along the old tracks (and revitalization of the Mom & Pop motel). 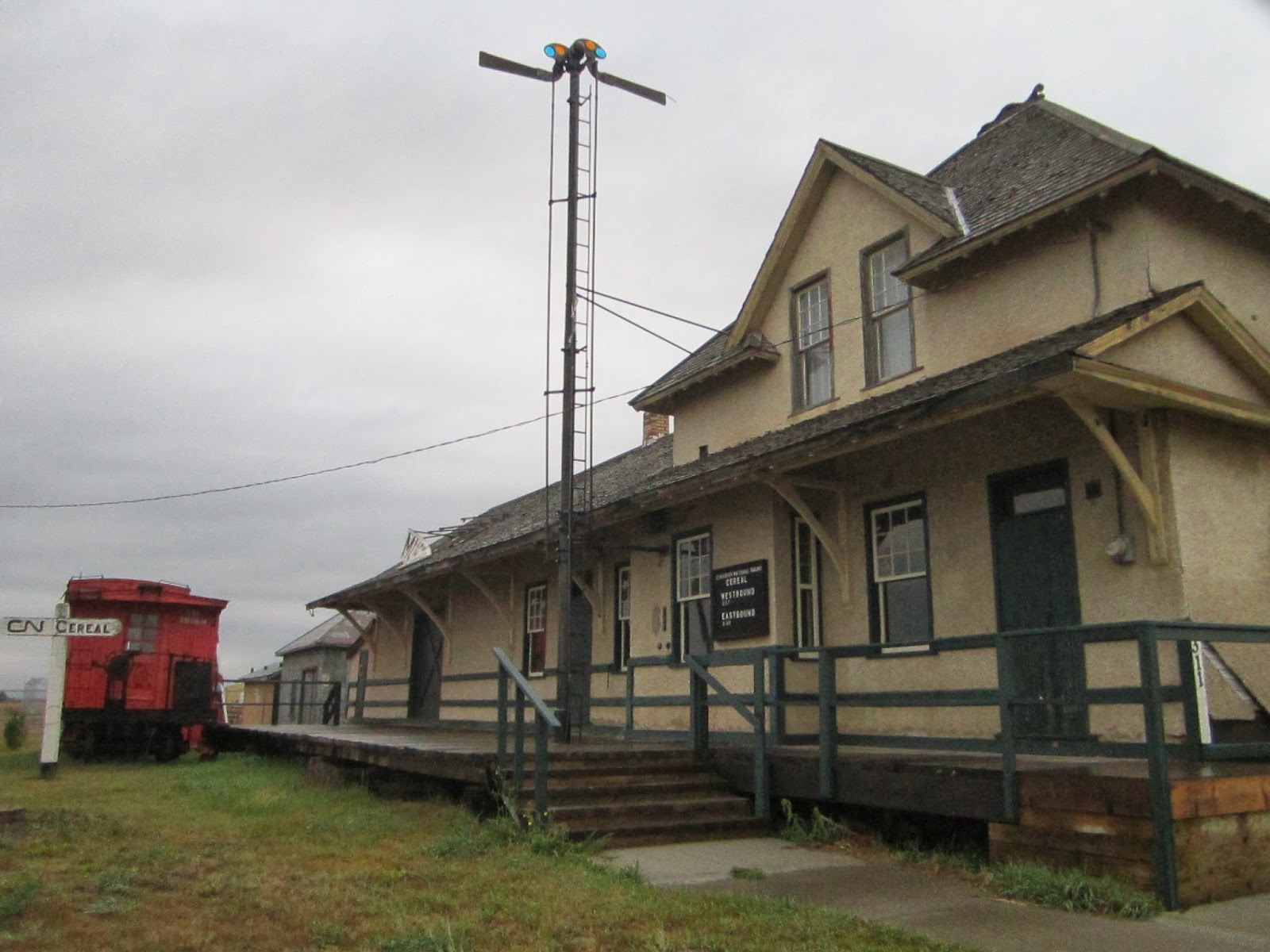 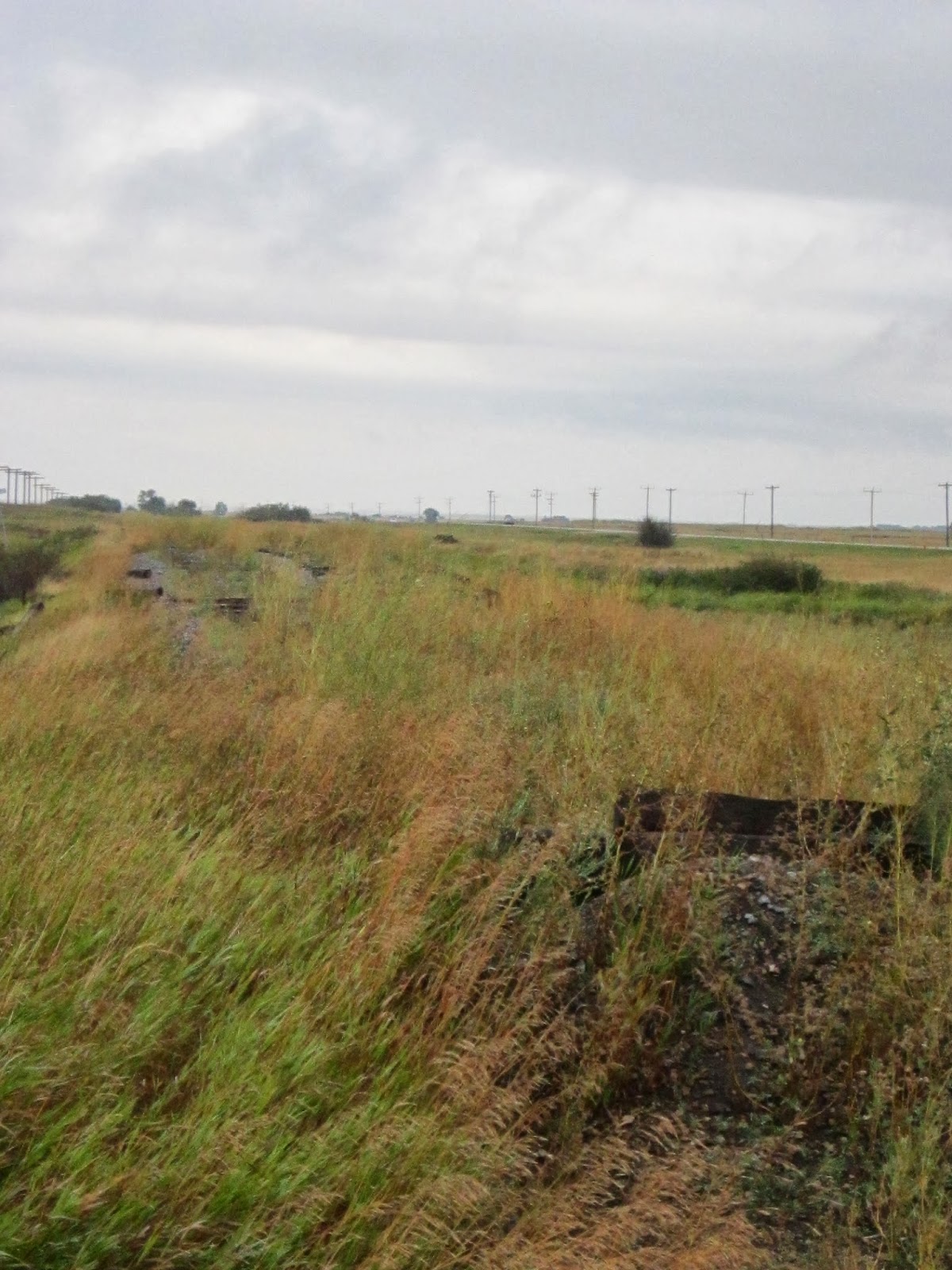 Up Highway #16 through Kindersley which I only know about because of a Foodie Pen Pal exchange.  I was on the lookout for the truffle shop, but, it was too late in the day. Kindersley is thriving hotel-wise.  It must serve as a way station for travellers-one chain hotel after another. 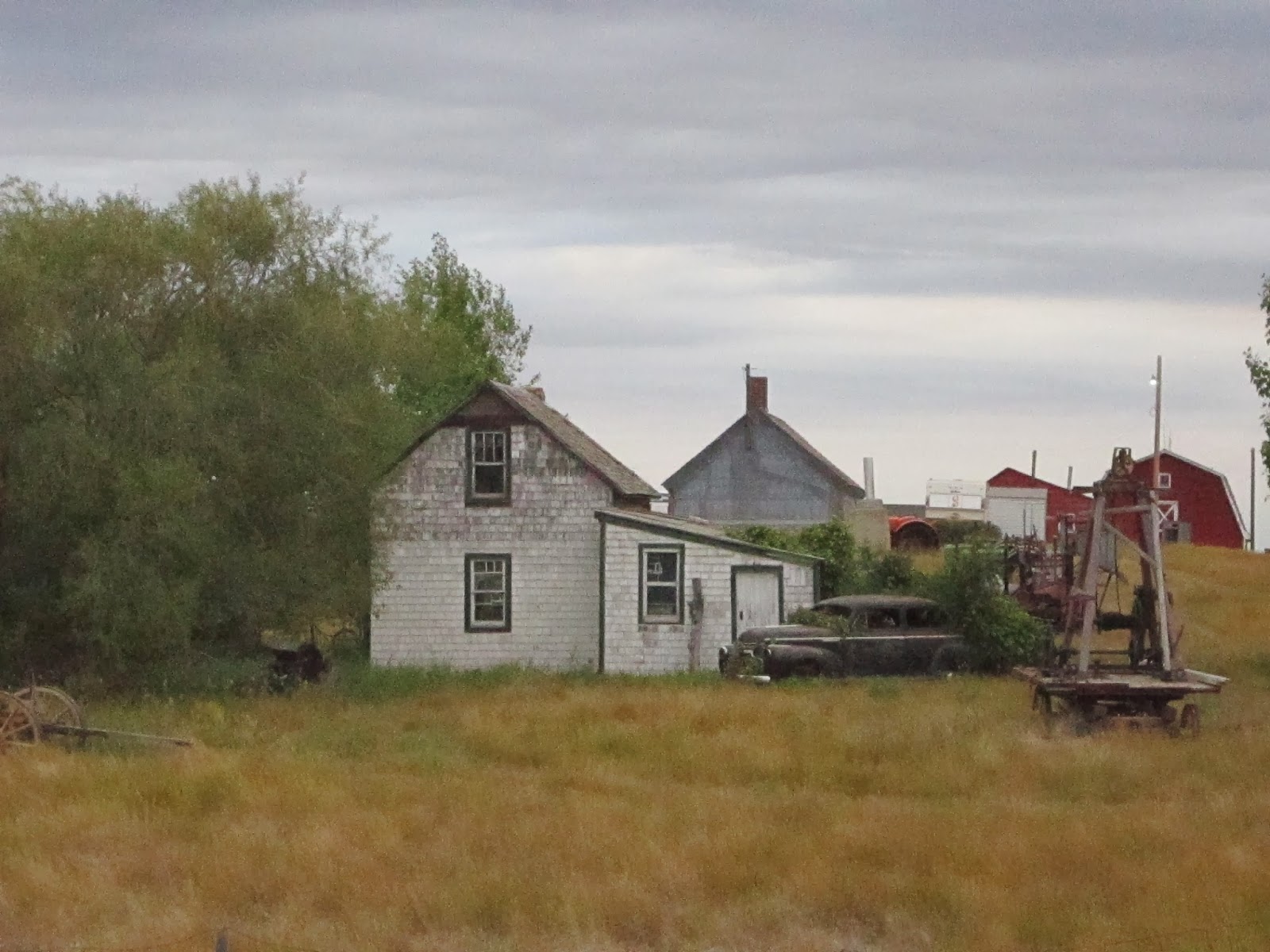 Lots of abandoned farmyards; enjoyed the car which put me in mind of The Reflecting Skin. Vampires on the prairie or a car load of thugs with a taste for murder? Remember it primarily for the brilliant sunshine, wheat fields and the quiet. 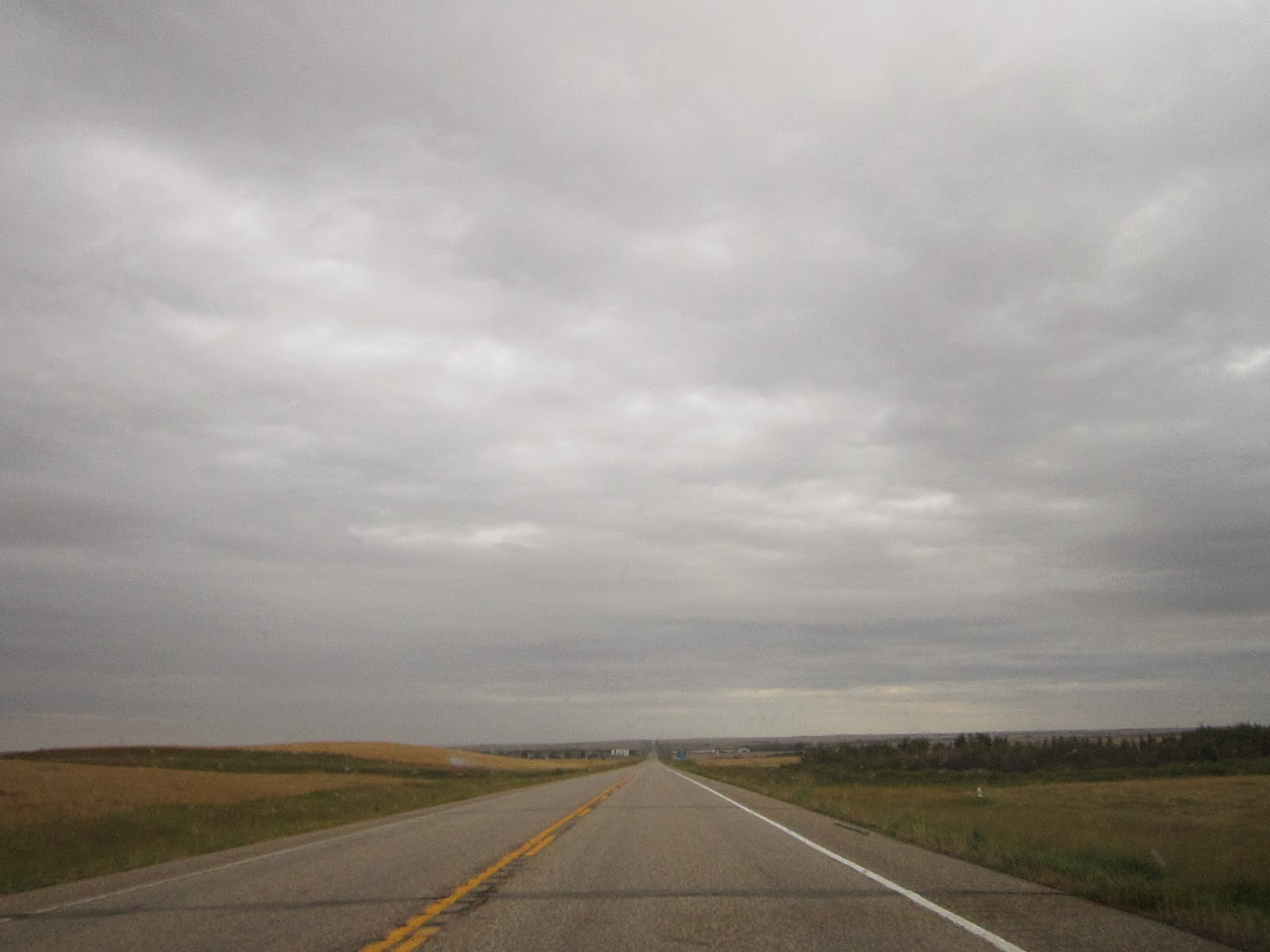 As you travel along, the road takes on a yellow brick road quality-narrow and winding and in the distance what appears to be the Land of Oz.  Turns out to be grain elevators; the grain trucks off loading late into the evening.


Gassed up in Rosetown; the last refuge before you hit the home stretch to Saskatoon. At the next pump, a young man tried to get the engine turned over.  Suddenly we were back in Anarene of Last Picture Show fame; here the theatre had long since closed and there was nothing but a gas stop for miles. The truck looked like it might even have been Sonny’s vehicle.


Rolled into Saskatoon at 9PM.  No wrong turns; hotel just a few minutes off the highway. At last, a king sized bed.  I turned to the comfort of tinned soup and a little cable tv(not to mention a few leftover Lindt truffles).


Until next time.  Exploring Saskatoon.

Lisa
resurrection of the blog; I know you're British, but...; now entering that age where curmudgeonly is confused with being miserable; spend the work day wrangling millennials; the type that watches dvd commentary; more letter writing, please; should probably eat more vegetables; should probably learn how to use a semi-colon; should probably drink less coffee; has never downloaded music or movies; probably the only person to lament the loss of G+ layout...