With the exception of a couple of derogatory remarks about long distance drivers and Winnipeg, Regina seems to carry the least positive word of mouth.   A reminder that it is the capital of Saskatchewan; how bad can it be?


Back to the one way system, but at least Regina is on the grid.  Because, when things are not on the grid, it can really mess with your mind.  And as we’ve seen earlier, five minutes can soon turn into thirty-five. And you find yourself driving around the same block. Again.
If you are visiting and expect to be met by the glamour of casino, Legislature and city centre, you may be in for a disappointment.  From the Eastern approach, tiny war-time houses line Victoria.  I would hazard that most of them haven’t seen maintenance in the last thirty years. I was put in mind of Wedding In White starring Carol Kane. To save the family honour, a father marries his pregnant daughter of to his old war buddy. I pictured them a little house trying to make a go of it.  Perhaps instead of a casino, they were down at the bingo hall.


Plenty of parking lots in town but are there any spaces?  Drive slowly and watch the ramp.


What will you find in Regina?


The city centre is reminiscent of post war European towns where the rebuild did not happen in the Age of Architectural Enlightenment.  Everything is very clean.  The sidewalks are clear; the garbage is in its place.


The Balfour was built in the 1920’s and looks very grand sitting at the corner of Victoria & Lorne.  It’s well preserved and looks like a transplant from California.  It’s nicely situated amongst churches and comes with a view of the park. 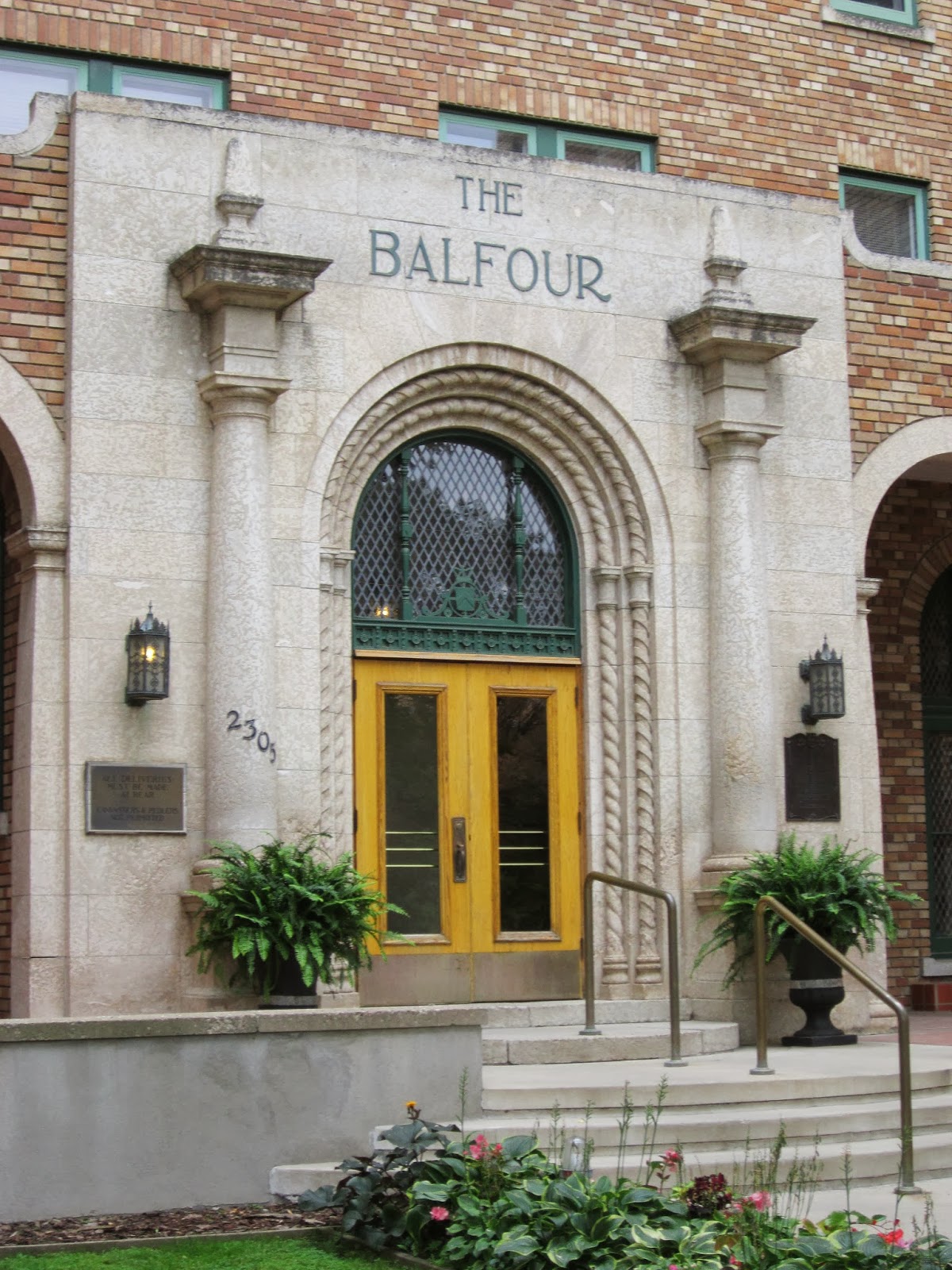 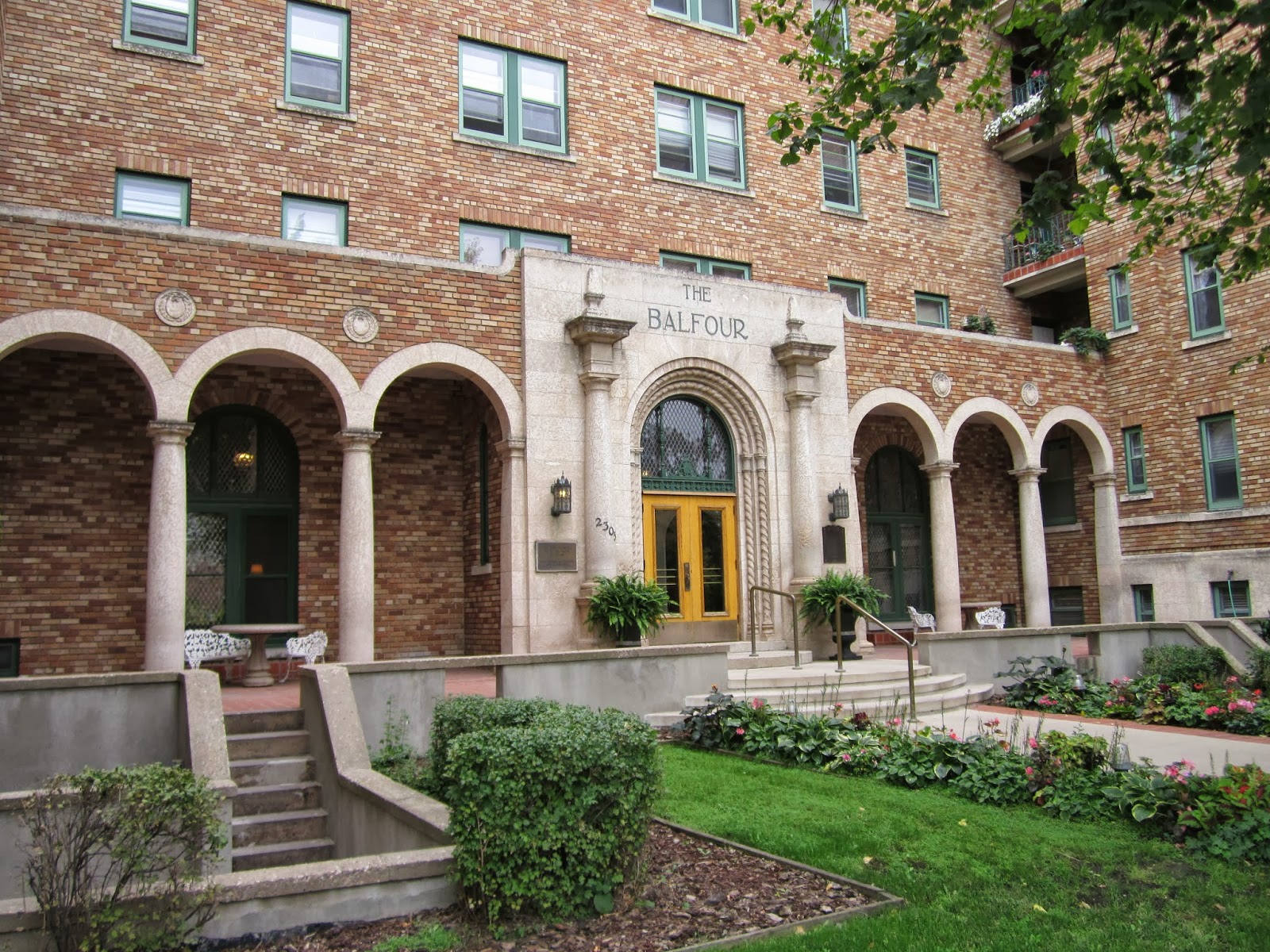 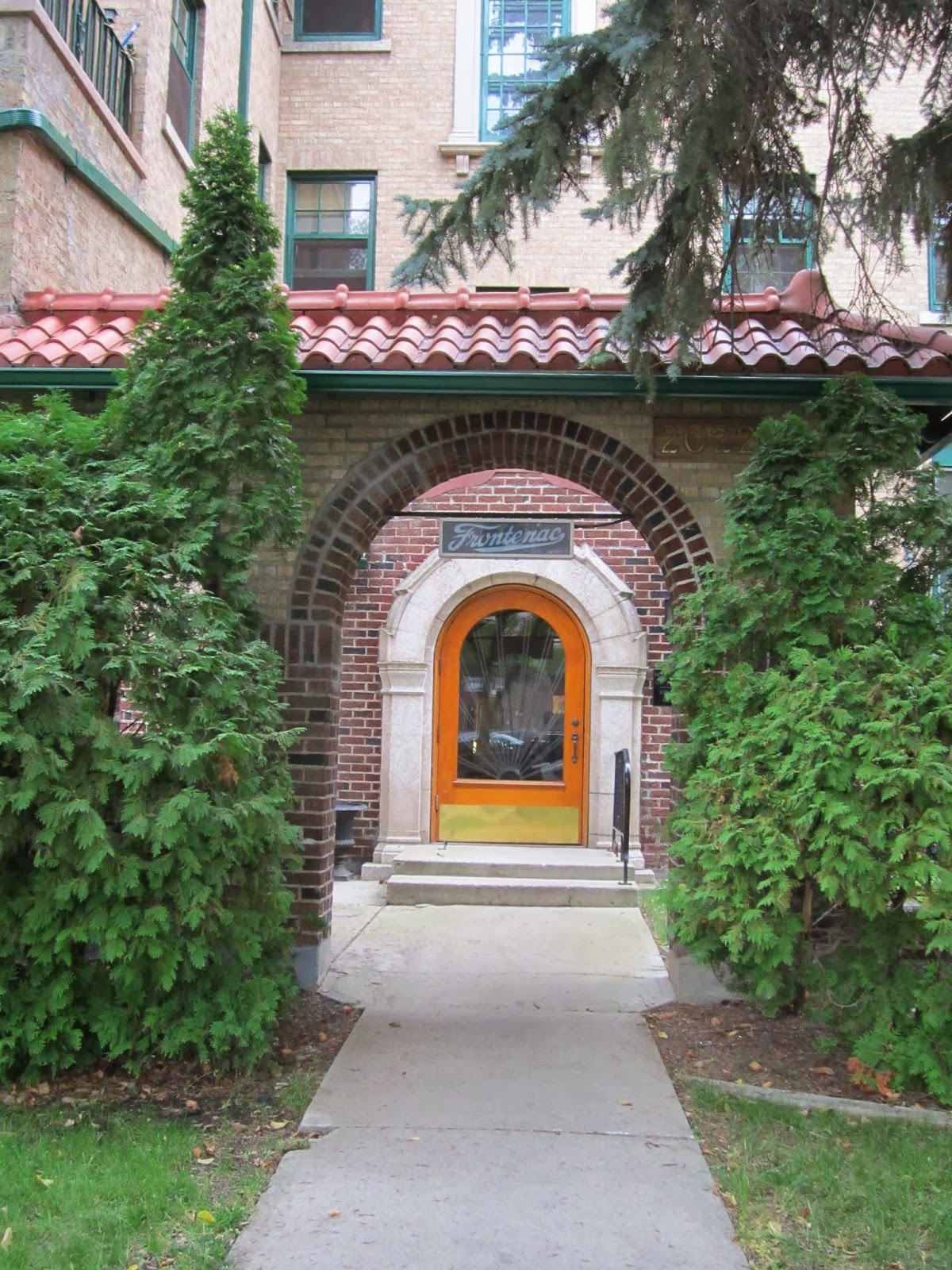 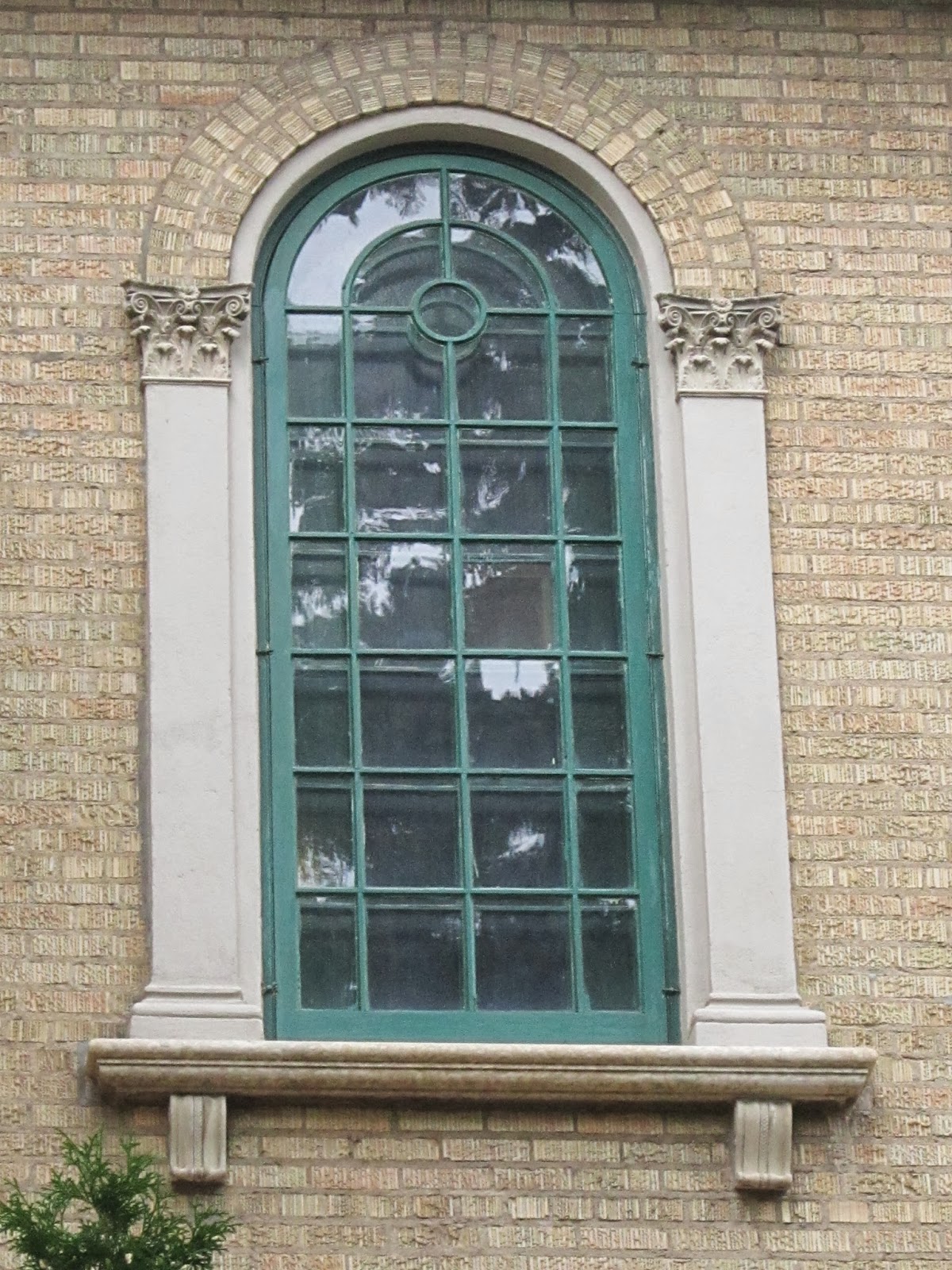 So yes, there were lots of churches, but no churchyards. Even beyond the city limits and continuing the drive West through the Prairie, nothing.  I asked, “Do they bury the dead in the West?”  Remembering the old joke about Morecombe, UK.  They don’t bury the dead in Morecombe, they stand them up in bus shelters with a bingo ticket in their hand. HA!


Victoria Park is home to one of the city’s two war memorials.  It’s treed and grassy; there are lots of places to sit and take your lunch.


I had been on the road three days and was beginning to wonder when I might actually be sitting down to a meal that requires a knife and fork. Soon, I hope. Mr. Gopnick writes about the joy of preparing and savouring good food; a sit down meal.  His emails to Elizabeth Pennell are a treat to read.   I cast my eye down the food list.  There wasn’t time for Killarney fish & chips and I was too late for pancakes in Thunder Bay; will have to try on the way back.  Truffles were on the list for Regina.


I found Budz Burgers food truck on the South edge of the park. Budz offers up the trinity of hotdogs, fries & burgers.  At $3.50, Budz offers a cheaper alternative to the vendor at the north entrance to Hill Mall-he’s priced at $4.50 and doesn’t have anywhere near as much overhead. Budz made a great hot dog. This is not haute cuisine but it was good. No soggy bun and he threw on a few fried onions.  Unfortunately, I didn’t have a chance to ask whether Regina gets behind its food trucks like we do here or whether they are left to their own devices.


Found a shop that sells postcards. He must have had the stock many years because they were starting to yellow around the edges. The problem is in finding a post office.  There are dying off and those little red boxes are hard to find.  Does anyone send postcards anymore?


Just North of the park is a pedestrianized shopping area.  Old and new buildings blend nicely together and it was good to see that the older buildings have not been left to rot. 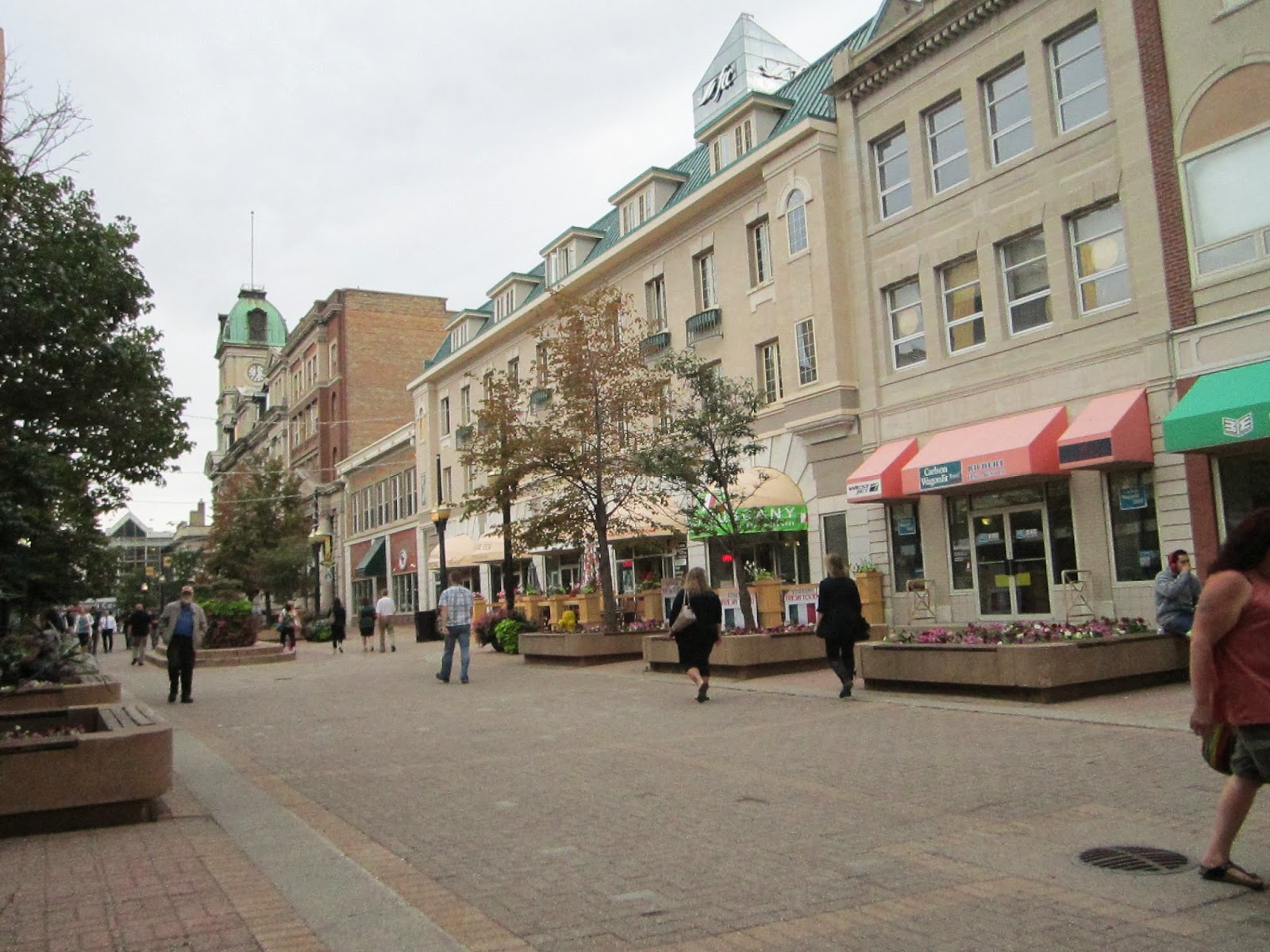 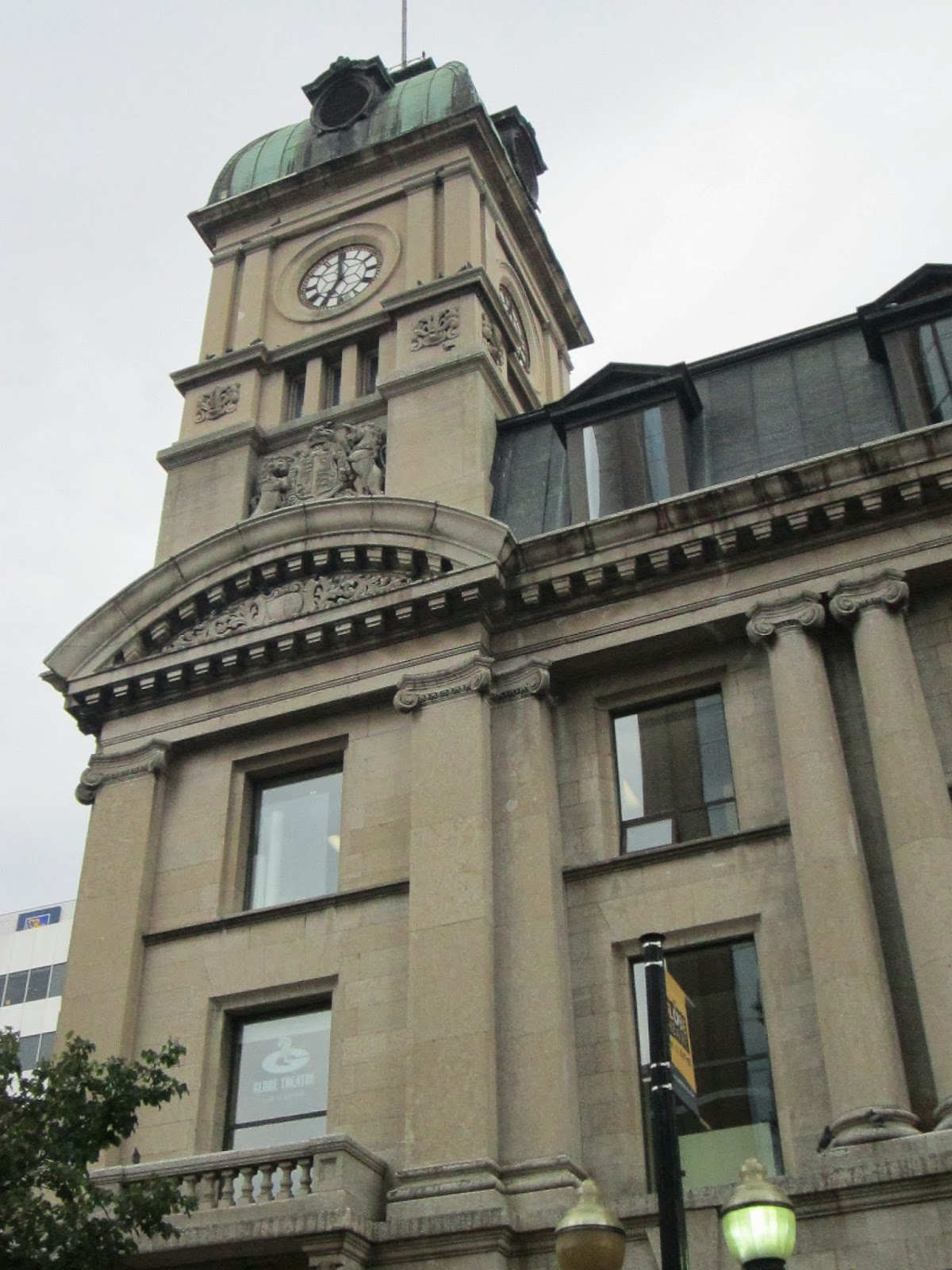 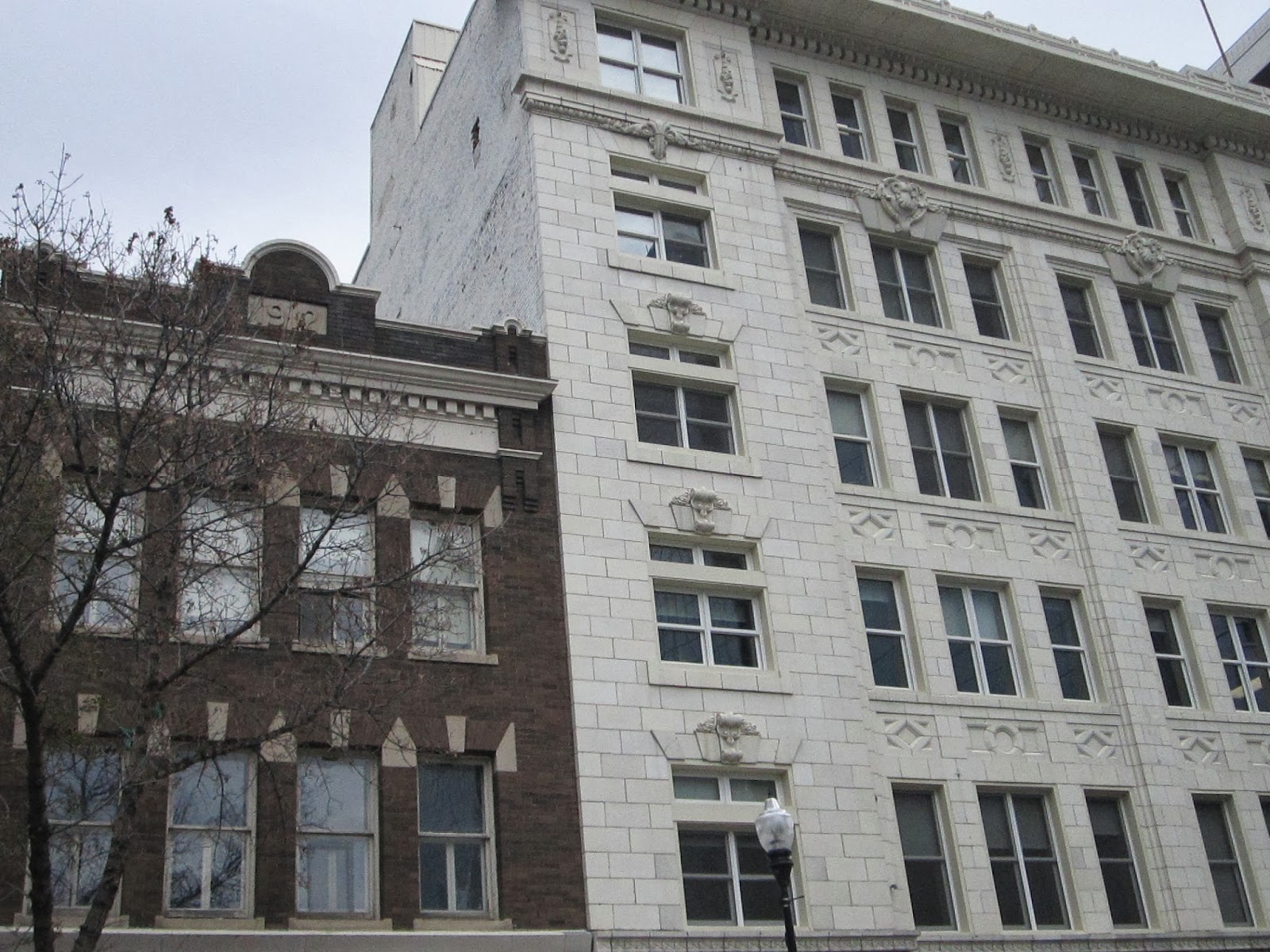 And yes, there is the casino and shopping mall. 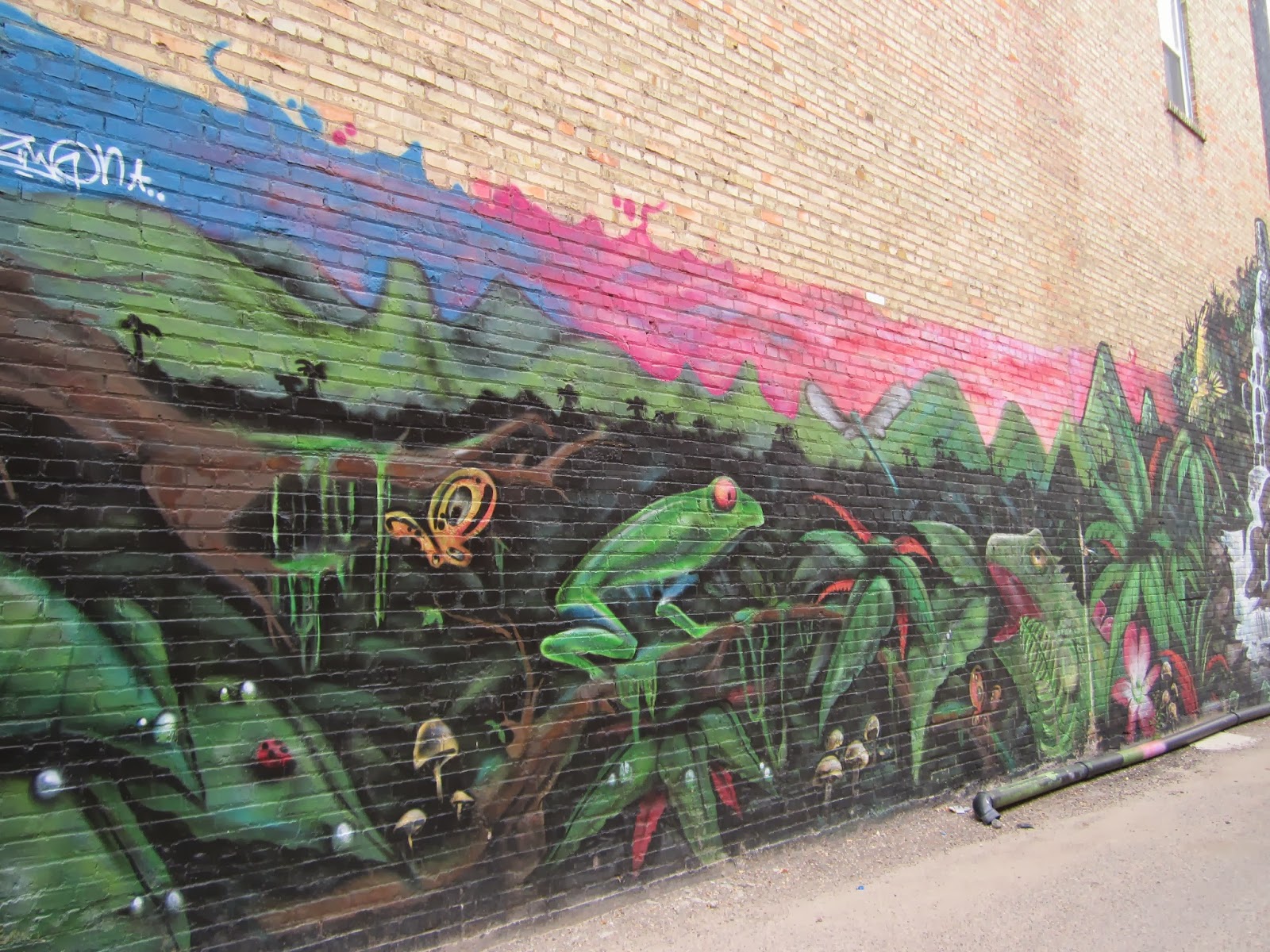 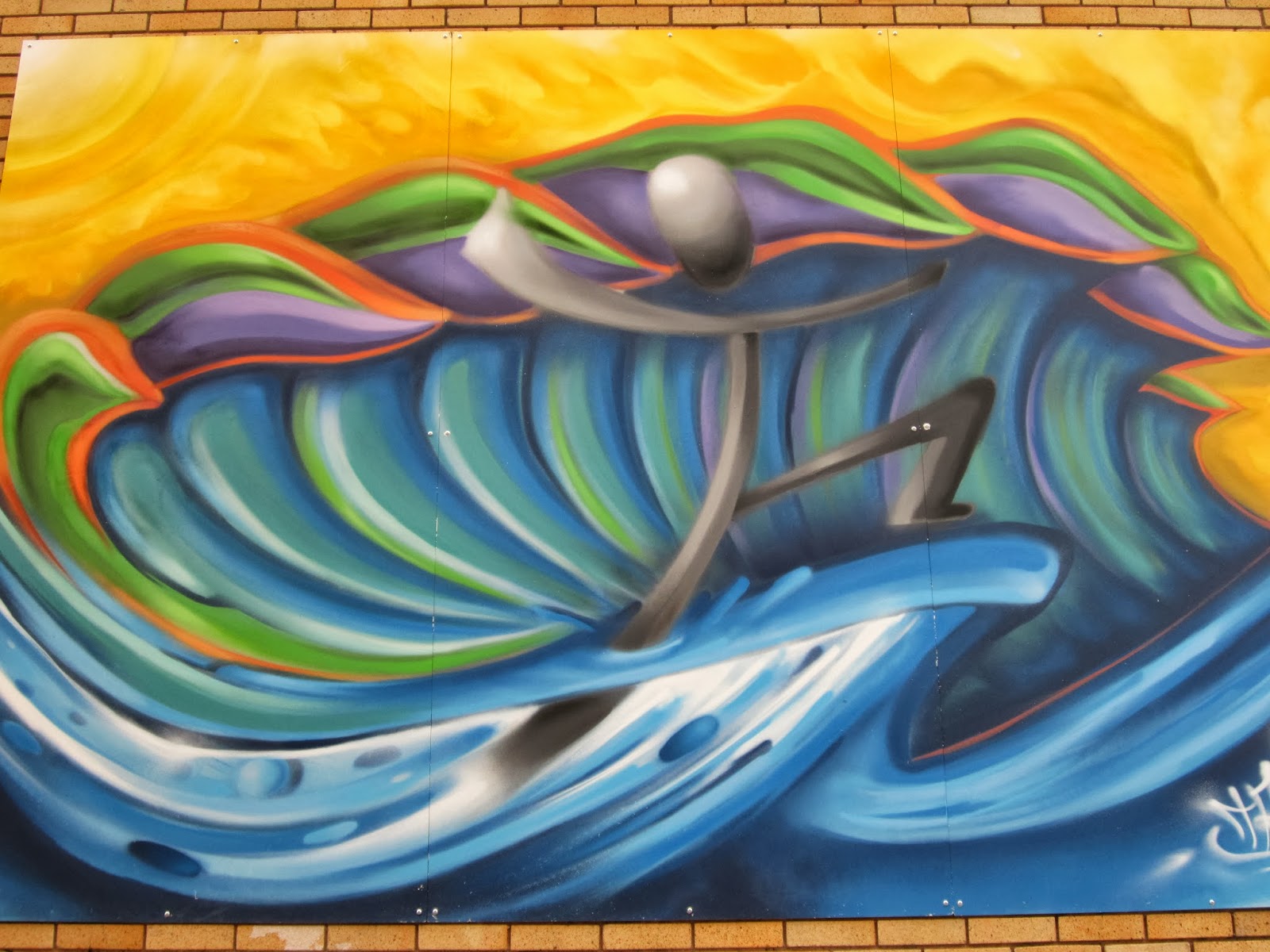 Drove around a gentrified area four blocks out of town; no luck with the truffles, but, did find a rather nice coffee spot, though.


The Western approach to the city is where you’ll find the Legislature and I’m sure the housing is fetching more on the open market than those in the East. 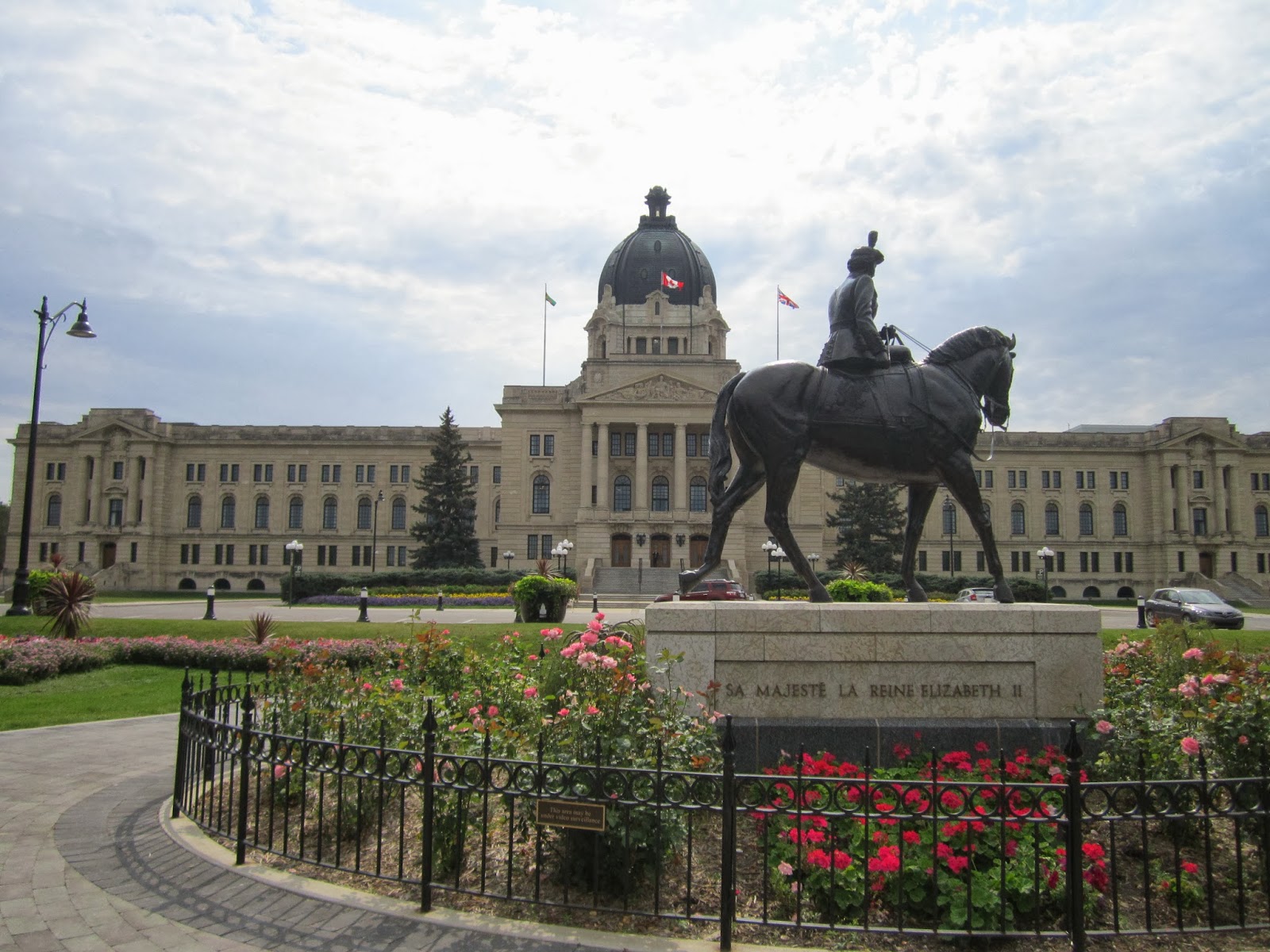 Gardens were being looked after by one man.  To get the full effect, they are best viewed from the tower. 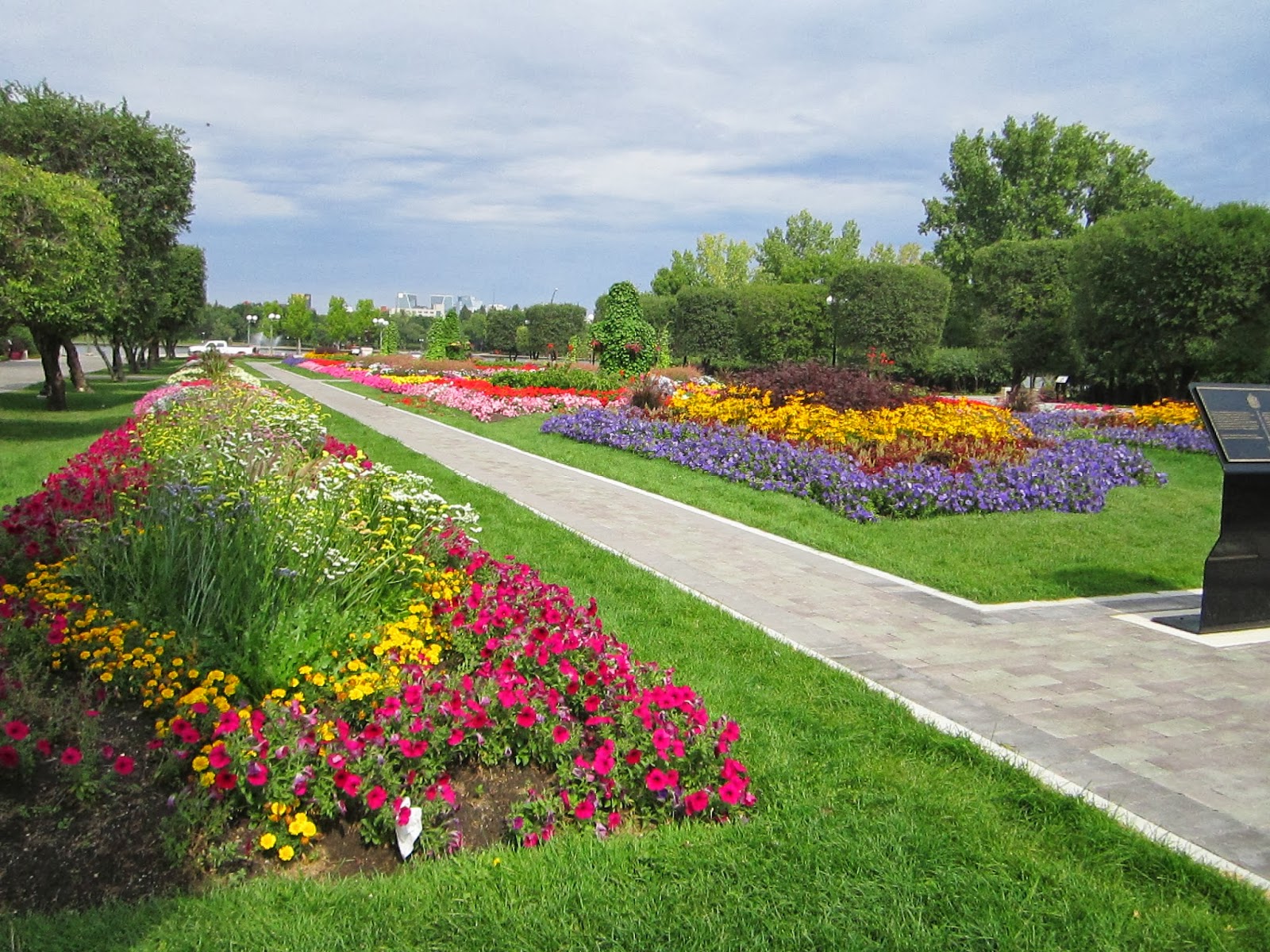 It’s not long before you’re back in wheat country. Next stop, Herbert. 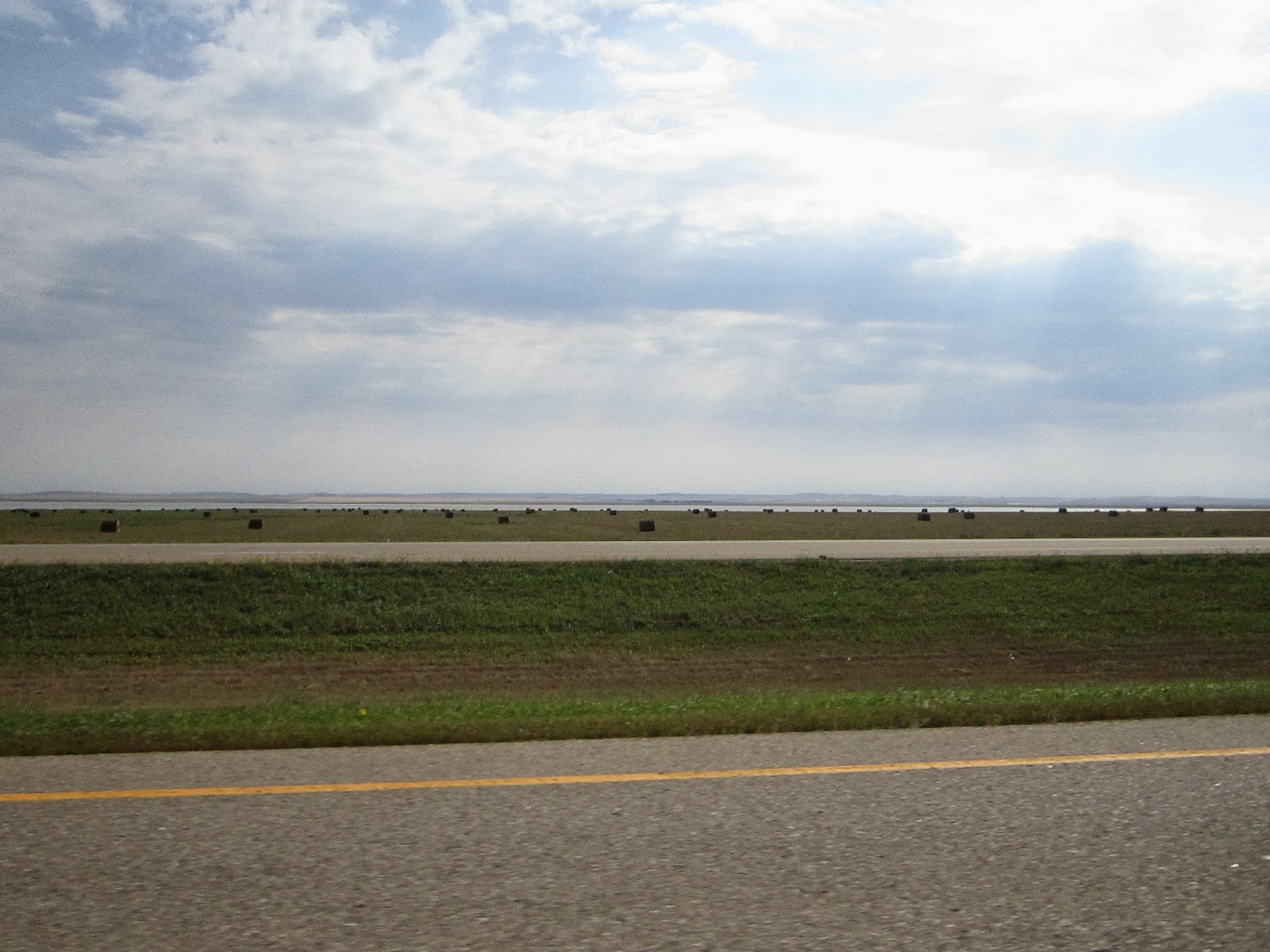 Like a lot of small towns, Herbert used to be a train stop.  And when the trains stopped running for good, the towns all but disappeared.  Fortunately, some of them have preserved their fine stations and turned them into museums or restaurants. Herbert has a couple of exhibits and adjacent to the station is an old school house. 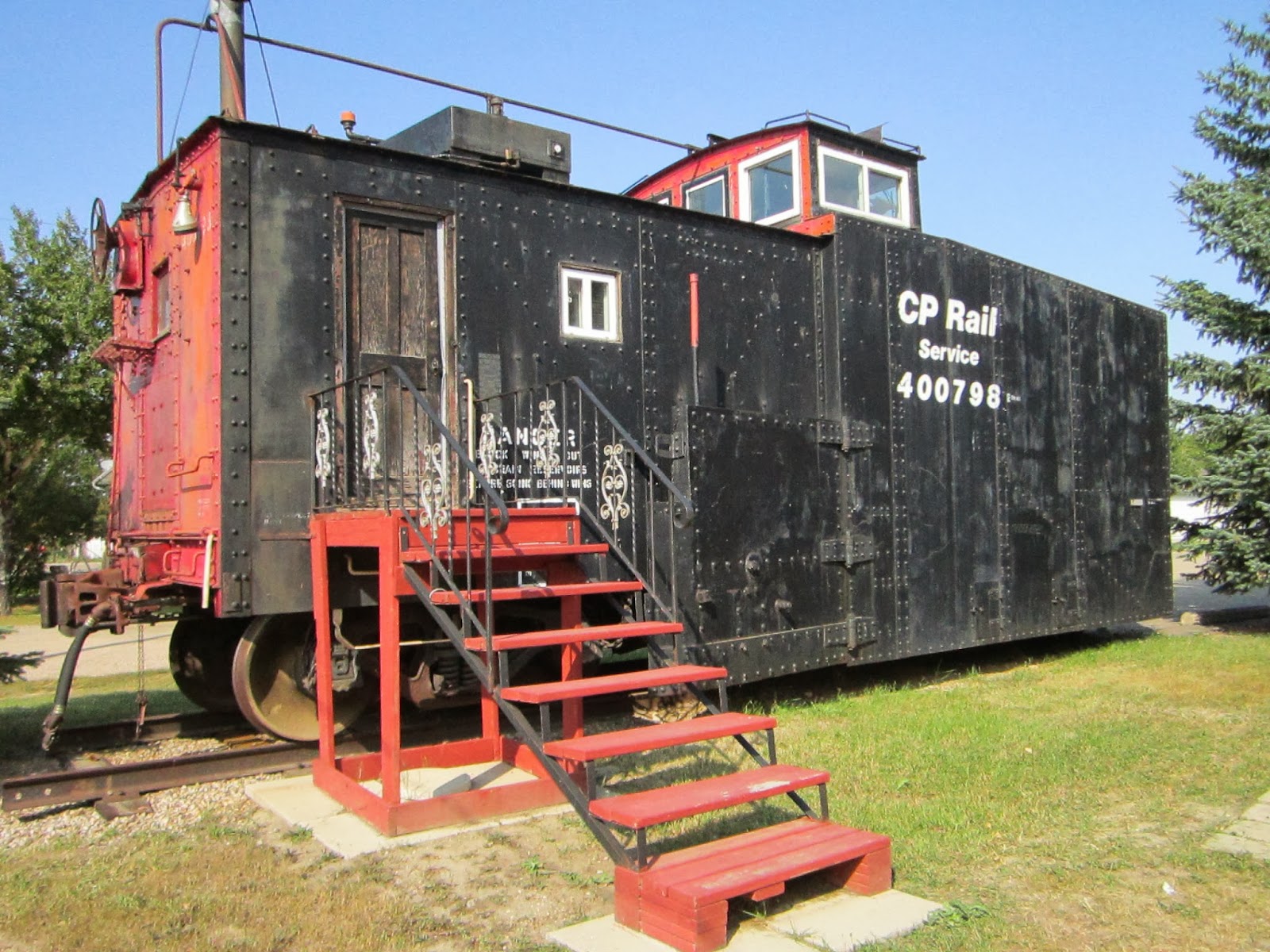 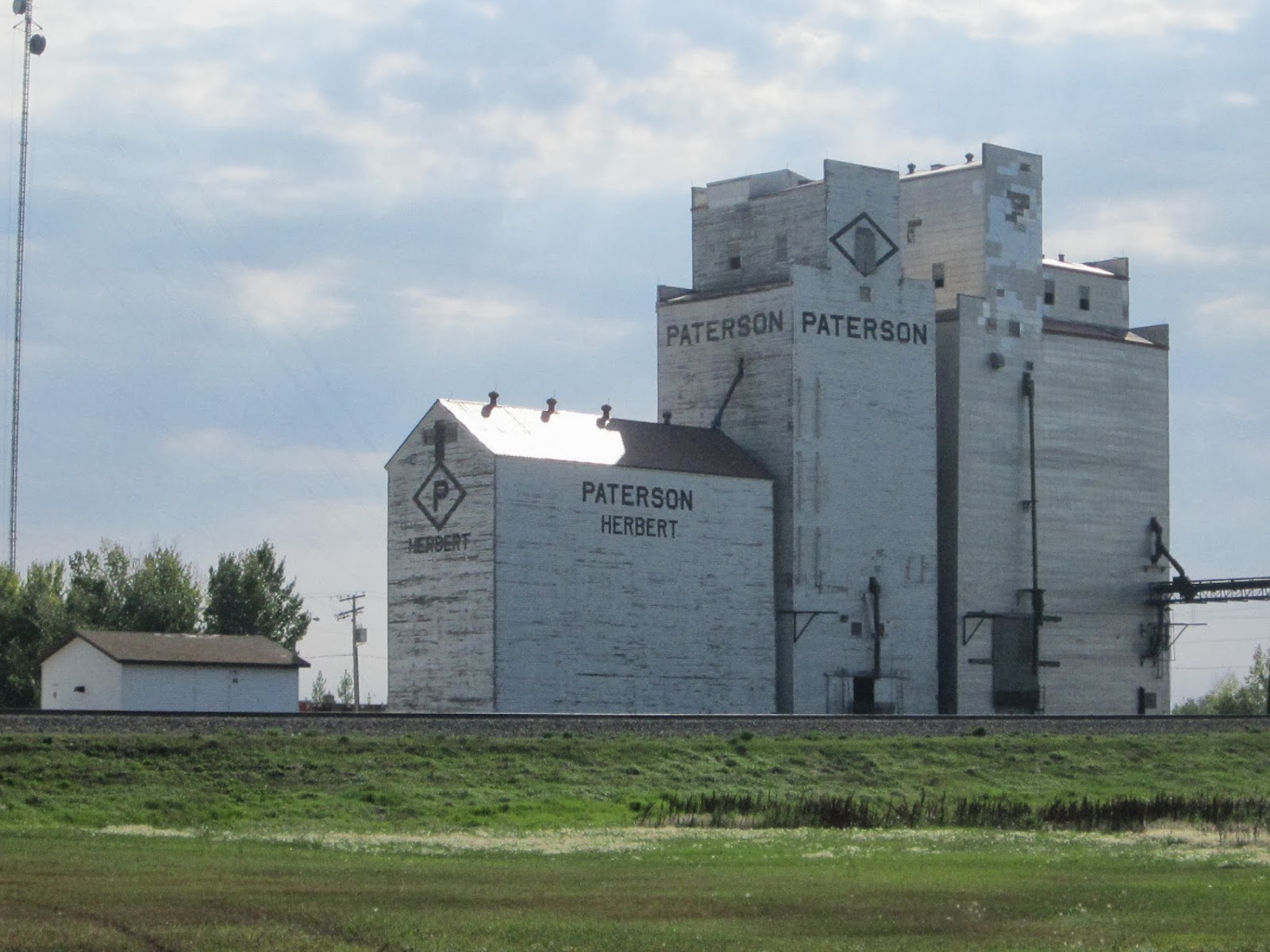 Talked to someone who had just moved into town but will have to find out what people are doing for employment because things looked a little grim. 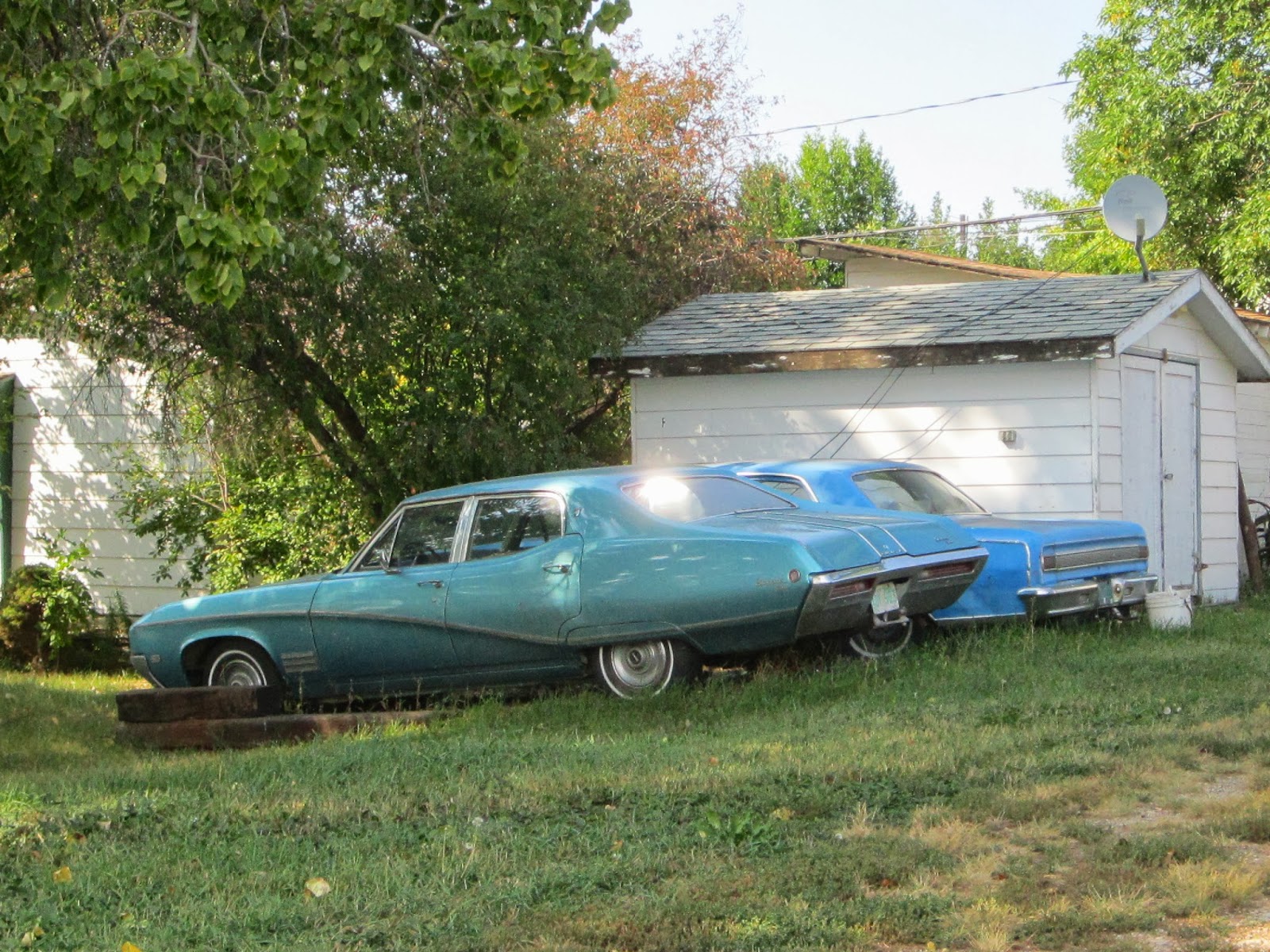 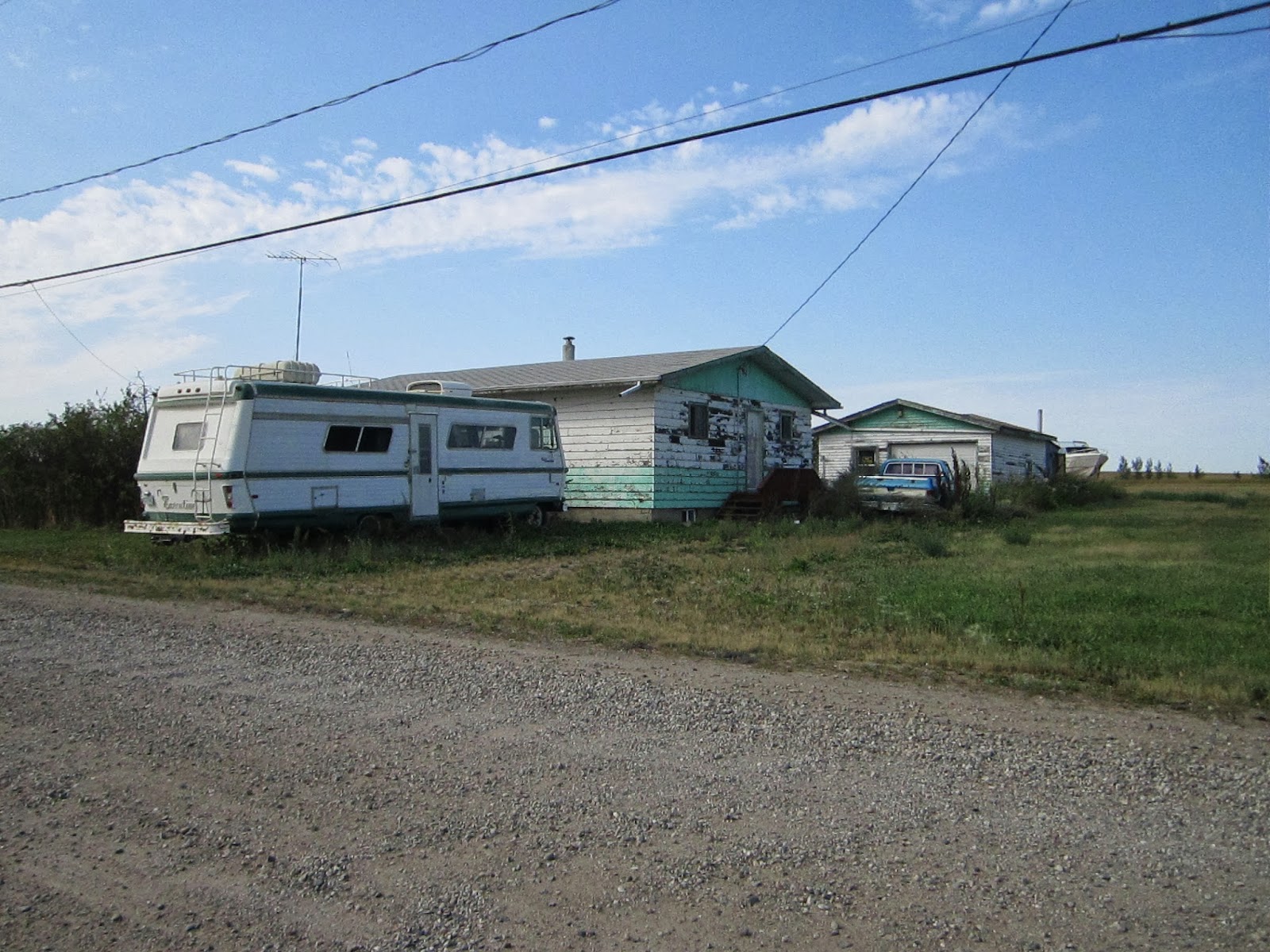 Enjoyed the drive through Small Town Saskatchewan.  A little Ella for the evening and latter-day Rod Stewart which most people are balking at.  Just goes to show that anyone can sing The American Songbook. Even me. The Pink Floyd cd wouldn't eject so it was Welcome To The Machine and Wish You Were Here for longer than I cared for.


Pressed on and finally arrived in Calgary.  Tonight it was the Glenmore Inn.  I had anticipated a stand-alone hotel in some rustic, rather idyllic setting.  Not quite.  The hotel is situated right off the highway (my off-ramp was conveniently closed so went around the houses for a bit) very close to an industrial estate and shares the property with a strip mall.  I was just glad to get out of the car and have a few days of relatively short drives ahead of me. Of more importance, I was very close to picking up a knife and fork.  After a marathon shower (points for the toiletries) I perused the menu.  Late night menu is burgers and wings.  Oh. Dear.  Poured myself a Bombay, instead.


Until next time where I watch my hair turn grey owing to Calgary’s roads.