People Watching~The Distillery District & a tour of the neighbourhood

Having just emerged from the patch of weeds in the back, I find I’m a little behind with my posts.  August is a busy month, post-wise.  You see this all the time; writers in a panic over their posts.  And for what reason?  Do we have deadlines? No. Is the public crying out? No.


Back to those weeds which some of you call wild flowers.  And in any other environment I would agree. Went into the depths of the garden to discover a vast network of green things-climbers, early stage ragweed, walnut trees; red berried, poisonous, thorny, bushy life forms.  Out, damned plant!  I am surrounded by non-gardeners and their overflow sprouts in my garden.  They think it’s the other way ‘round.  Attempted to converse with the new neighbour but she was busy chopping the forest growing up between the fence.  I need her to know that I’m not responsible for that growth.  She declined to converse.


After a copious slathering of calomine lotion, the itching has died down and I’m ready to continue.  Now where was I?   Ah, the long weekend.  Yes, what’s it been now? Ten days?  Staggered out of bed last Friday AM; ten hours ‘til vacation mode.  People watching planned for Saturday-Angels In America at Soulpepper and a wander through the Distillery District.  On tenterhooks so what did I do but break out the Ovaltine and had an early Friday night. As with all vacations, believe it is the not doing that is important.  What am I not doing?  Getting up at dawn, regimented meals, dealing with instant gratification of the masses.  Less is more.


People love to stop and gawk.  Drivers have an equal desire to get from A to B in as timely a manner possible and to slow down and gawk at traffic accidents, construction sites or community events.  Such was the case Saturday morning; so close, yet so far.  Caribbean Festival in full swing and traffic slowed to soak up the atmosphere.  Patience, my friend. Remembering that Lakeshore was closed AND Spadina & King.  UGH.  If nothing else, it gives you time to take in yet another high rise development.


Should caffeine be considered an impediment to driving?  I dosed on a double espresso before departure. I did not want to nod off (as someone did) half way through the matinee.  As it turned out, there wasn’t much chance of sleep.

End of times, politics, death by AIDS.  All the hallmarks of a potential snoozer.  Not so.  Angels in America is a fine show and I would not do it justice to describe it here.  I use fine a fair bit but only if something’s deserving of it. This is an engrossing and highly emotional play.  As with all Soulpepper productions, there really isn’t anything you can fault them for.  Love the staging. Most people are familiar with the play or have seen the HBO production.  I had the benefit of no one sitting in front of me so it was like being in the play.   There weren’t any of the usual distractions-perfume, whispering, purse rummaging.  Why do people bring those enormous suitcases to the theatre?  What are you carrying in there? A family of refugees? The new warning to turn off cellphones seems to be working well.  My only issue with the theatre is intermission.  Make a B-line for the concession counter if you want to eat.  Service is slow and your best bet is to pre-order.  Do like the fact that we can take our drinks in with us.  You’ve really no choice. After waiting in line, there is no time left to ingest it.  All this was soon forgotten about-the Angel was coming and when she did arrive, she made quite an entrance.


End of Part I.  Time for dinner but first a browse.  The district played host to Art Fest this weekend.  Painters, photographers, jewelry artisans and bakers in addition to the usual artists who keep studio space in the district.  Saw a very nice piece and if I ever have $850 that I don’t know what to do with…  How does one price art?  Here is a sample of some of the artists. 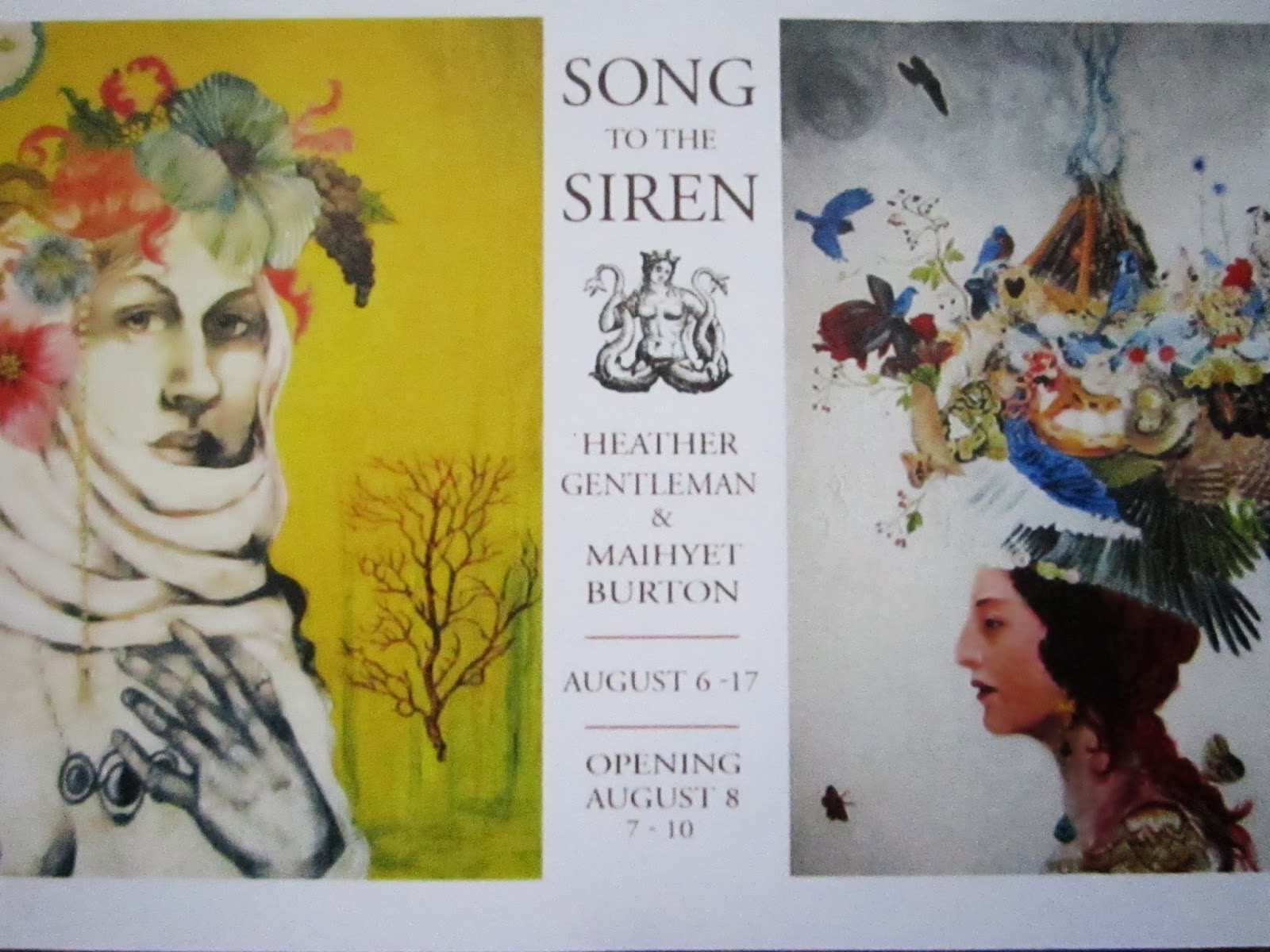 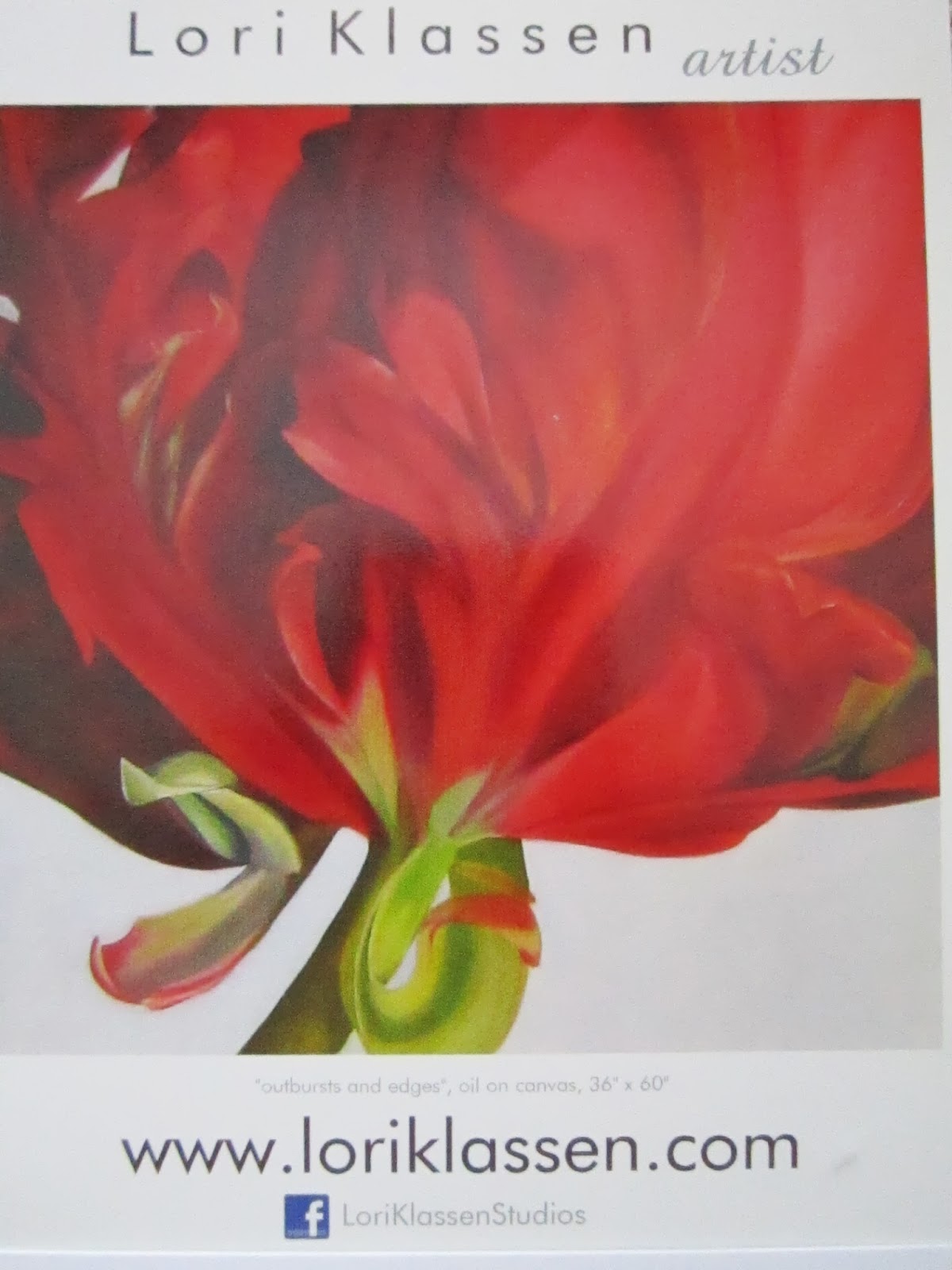 I gravitated to more reasonably priced fare-Warkworth based Sprucewood Handmade Cookie Co. Picked up rosemary & cheddar and chocolate chip.  Small batch, heavy on the butter shortbread.  Delicious.  Next Art Fest is August 30-September 2.  This  one is billed as a fine art show.  Bring your cheque book.  Had a browse through John Fluevog Shoes.  Now I would say that my indulgence is shoes but this takes shoe making to another level.  How to decide  amongst them? 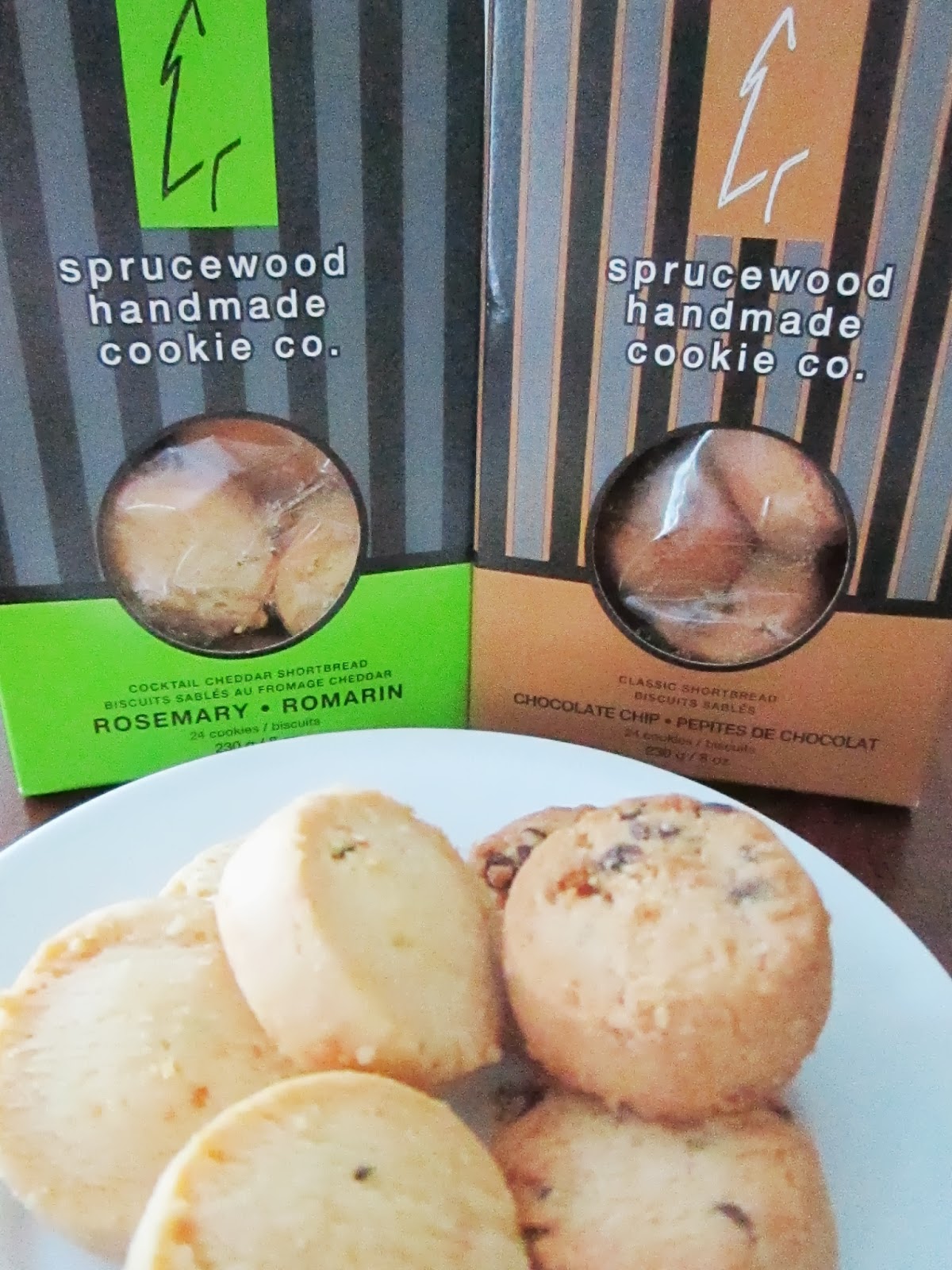 For those of you who do not know, the Distillery buildings have retained many of the original features and so even if you are not a shopper (I am not a shopper) it’s worth having a wander through the galleries, shops and studios to see some of the antiquity.  On to dinner.


El Catrin was opened at last, but the line up was long.  Like the look of the place.  In its previous incarnation it seemed it was only looking for a certain kind of patron and the hours didn’t jive with the demand.  All that has changed.  There is a nice open patio and they’ve made much better use of the space.

Something rare-people in my posts...El Catrin on the rights, Pure Spirits on the left. 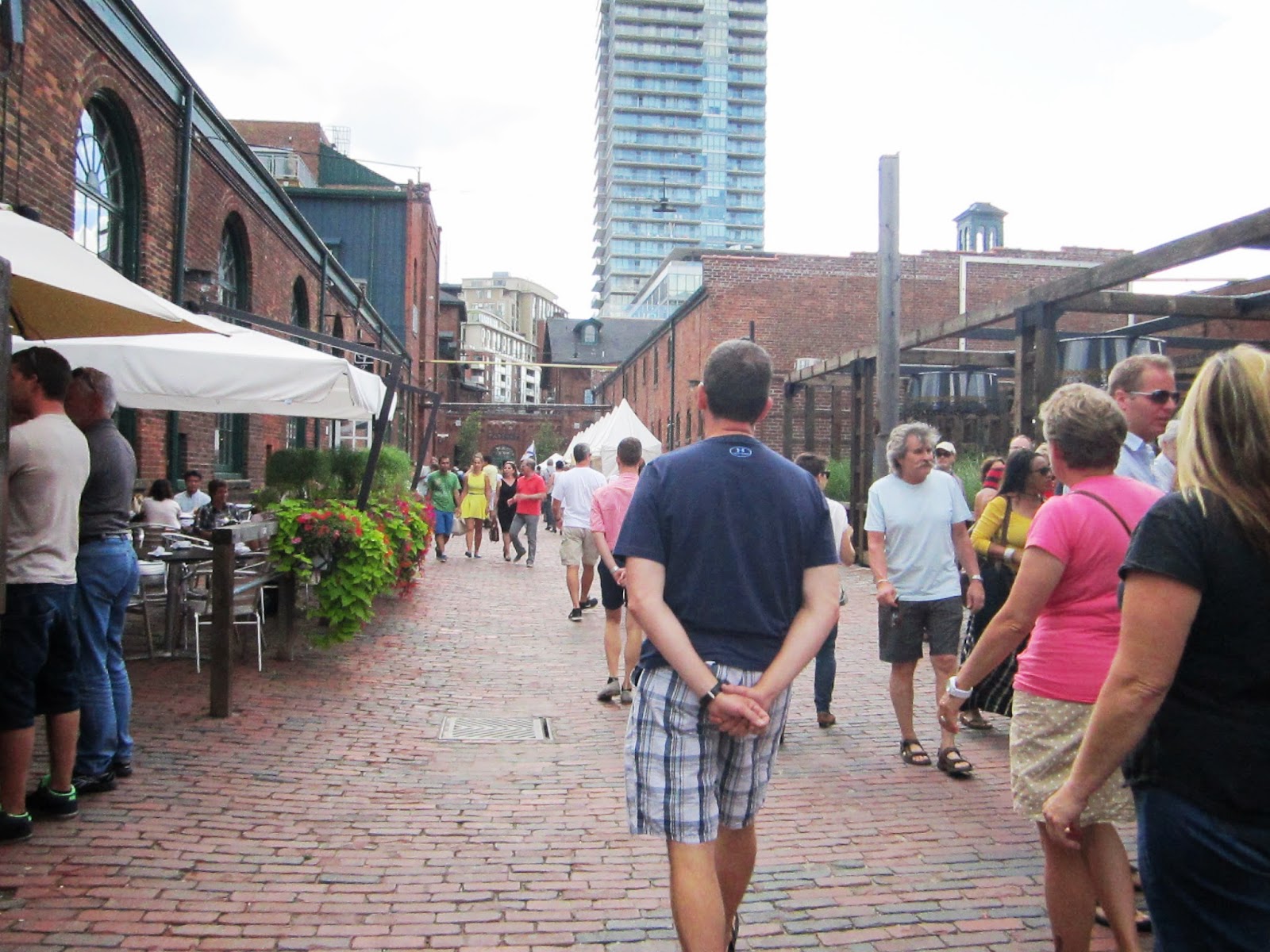 Chose Pure Spirits. Couldn’t decide so took a bit of everything.  Recommending the tuna tartare.  This was very nicely presented, seasoned just right and came with taro root chips.  Next was chilled mango soup (lots of ginger & dill) followed by an enormous bowl of curried mussels. The restaurant serves fresh, warm bread and you’ll need it for the broth.  I may have drowned a utensil or two in said broth.  Like the lay out of the restaurant-one long bar who’s specialty is oysters.  Lots of brick and stainless steel.  Take a booth as the chairs are a tad uncomfortable.  You slop around on them and the low back has a tendency to dig into your spine. 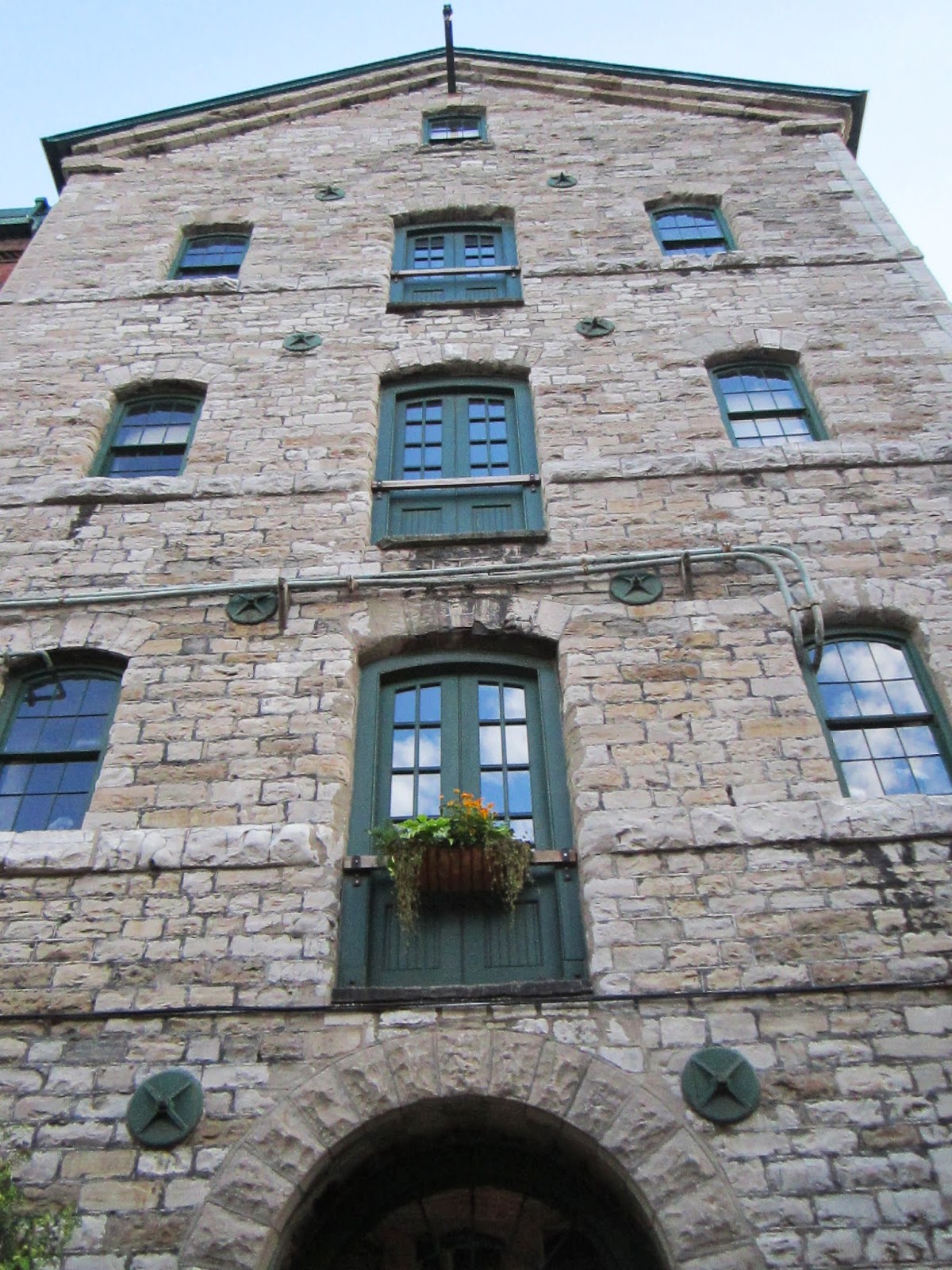 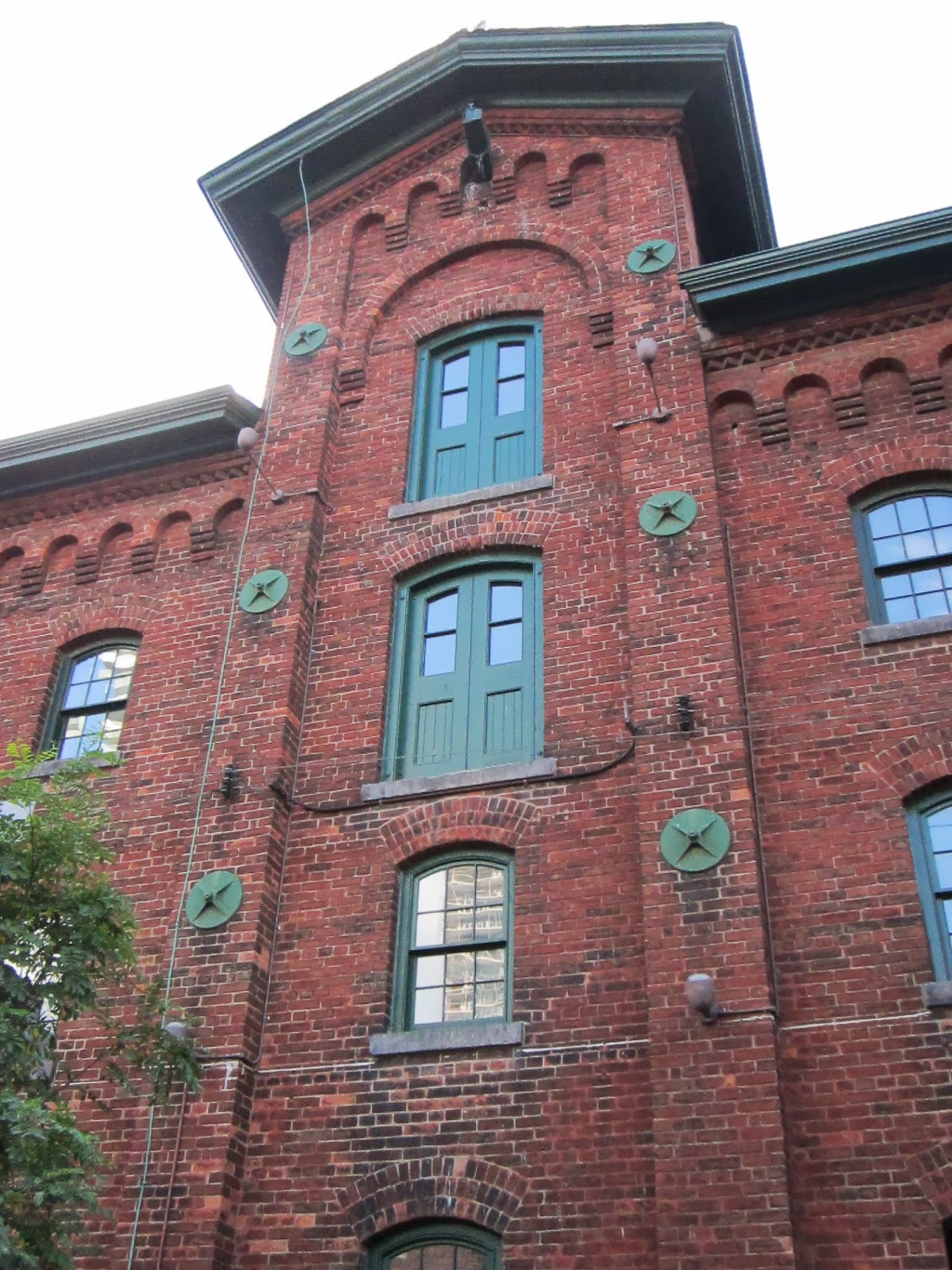 Time for a whip through Soma.  Having visited yet another purveyor of chocolate, I stand by my position that their truffles are the best.  The chocolate cracks when you bite into it and the fillings are distinct unlike some truffles where no matter the names it all tastes the same.


Angels, Part II and two new people next to me.  Not perfume, but the heady bouquet of a Bounce sheet.  Cloying, isn’t  it?  They were in conversation with regular theatre goers who are well travelled. They’ve seen Angels in London and New York.  What did they think of this one? She thought one of the characters wasn’t “New York Jewish” enough.  What does this mean?  The character evens says his family is very secular so I'm not sure what she was looking for.  It seems like this “flaw” was really affecting her enjoyment of the play.   The actors all take multiple parts so it was fun watching them pop up in different roles. Lots of favourites here; fine performance all ‘round.


One can only top this with the perennial favourite, Roast Beef and Yorkshire pudding, which The Pater served up for Sunday dinner.  He thought I’d poisoned him with our feature cocktail, my version of Fresh 15.  Whiskey, Grand Marnier & Tanqueray gin.   The original call for 15 year old Glenfiddich, Triple Sec & Hendricks.  I found it rather refreshing.  Took a post dinner look at the stars.  Curse the light pollution!  Four stars out of billions? 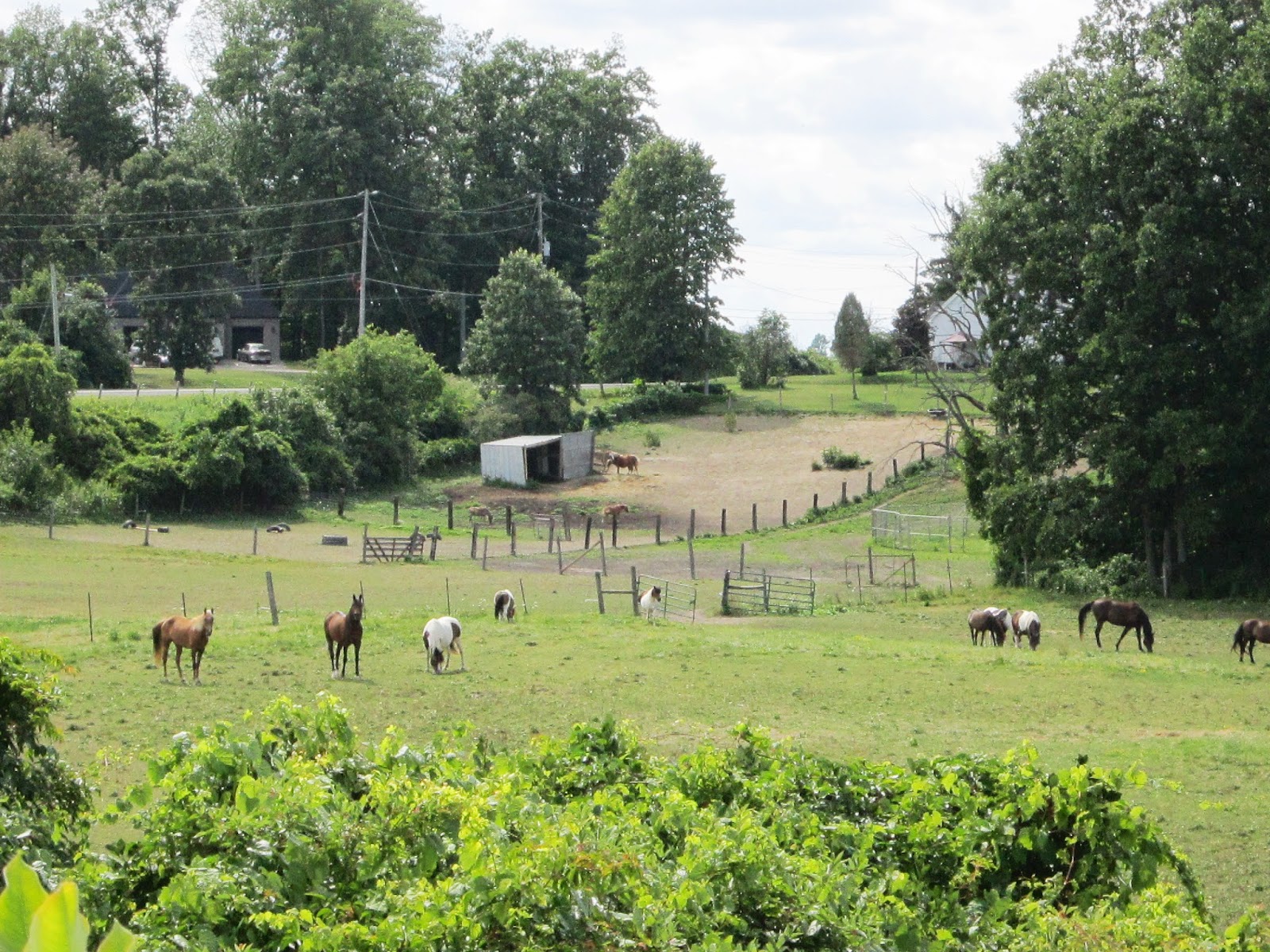 Started off the week with a hike down the Chippewa which seemed to go much faster this time ‘round but dragged on the way back.  Jumping on my soapbox here to say, can we not do something about leash laws and scoop  laws?  Because being attacked by a dog does rather spoil an otherwise  nice hike through the countryside.  Finished up driving the last leg to Caledonia; it’s been many years since my last visit.  Town was quiet owing to a Holiday Monday but plenty of people down by the river.  Lots of well-preserved older homes.  Me being not so well-preserved, arrived home and promptly collapsed.  With what strength I had left, listened to Part 1 of the 2013 Massey Lecture. It doesn’t do to think too hard about Quantum Physics late in the day-it can hurt your brain. 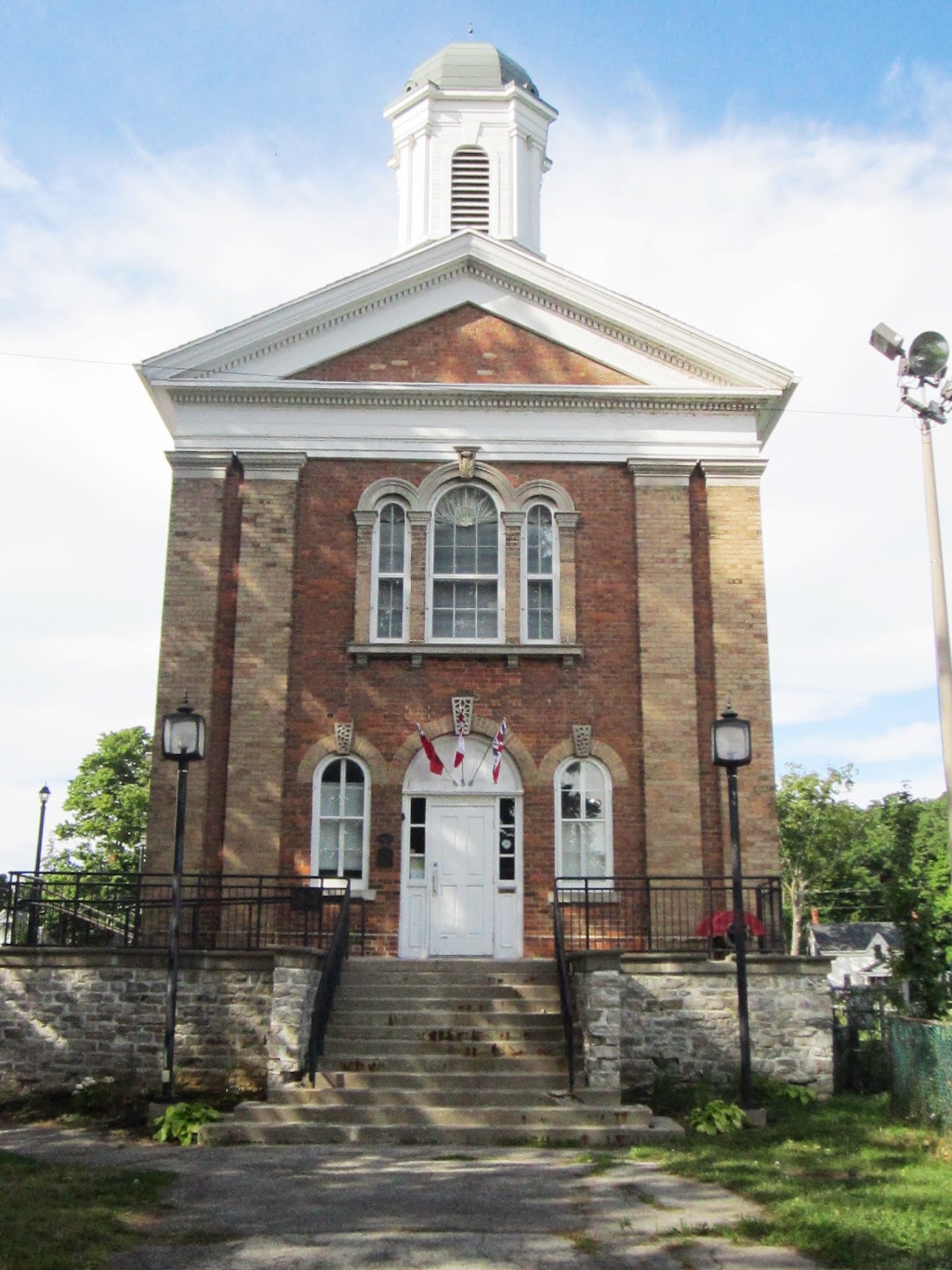 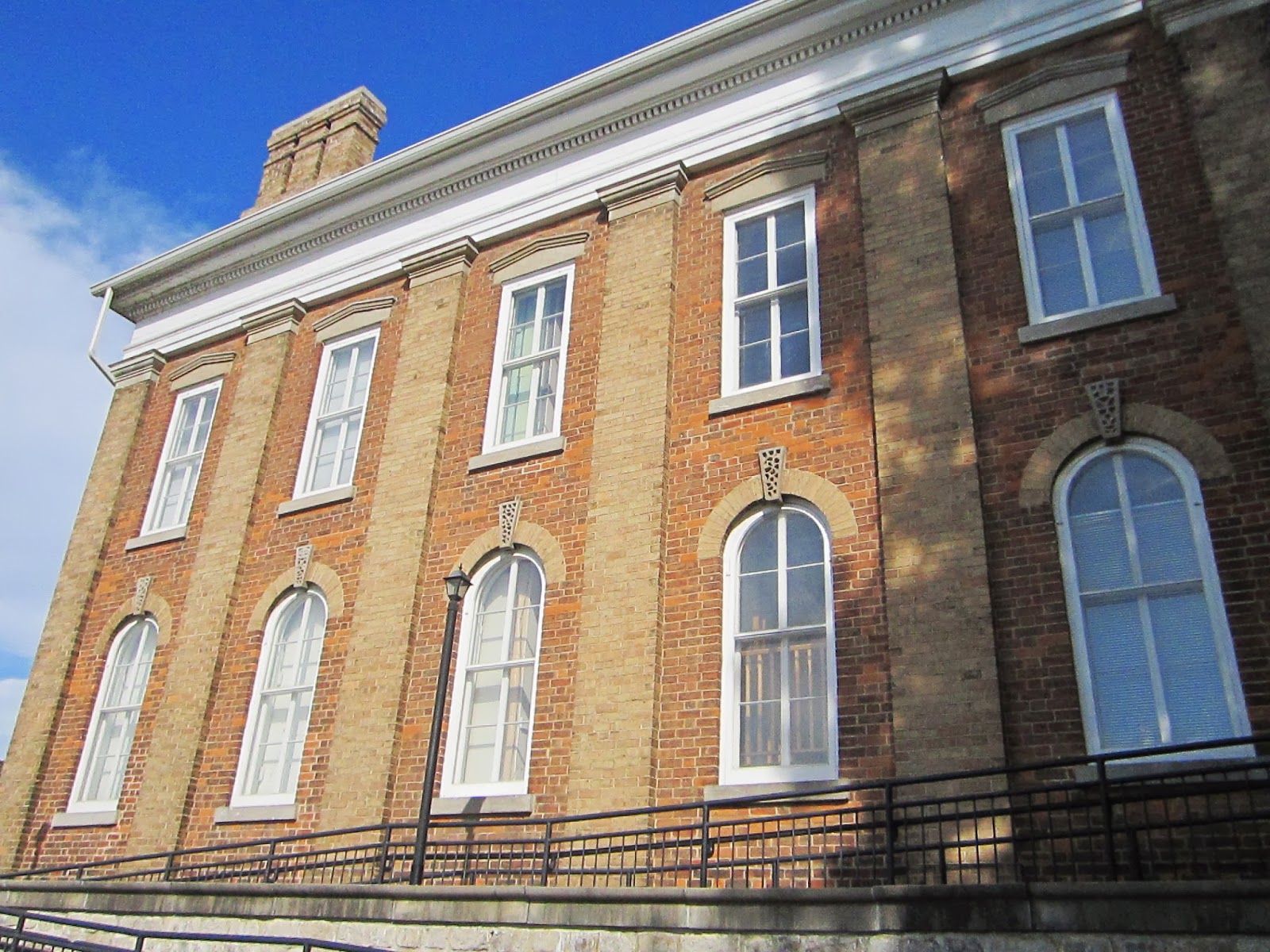 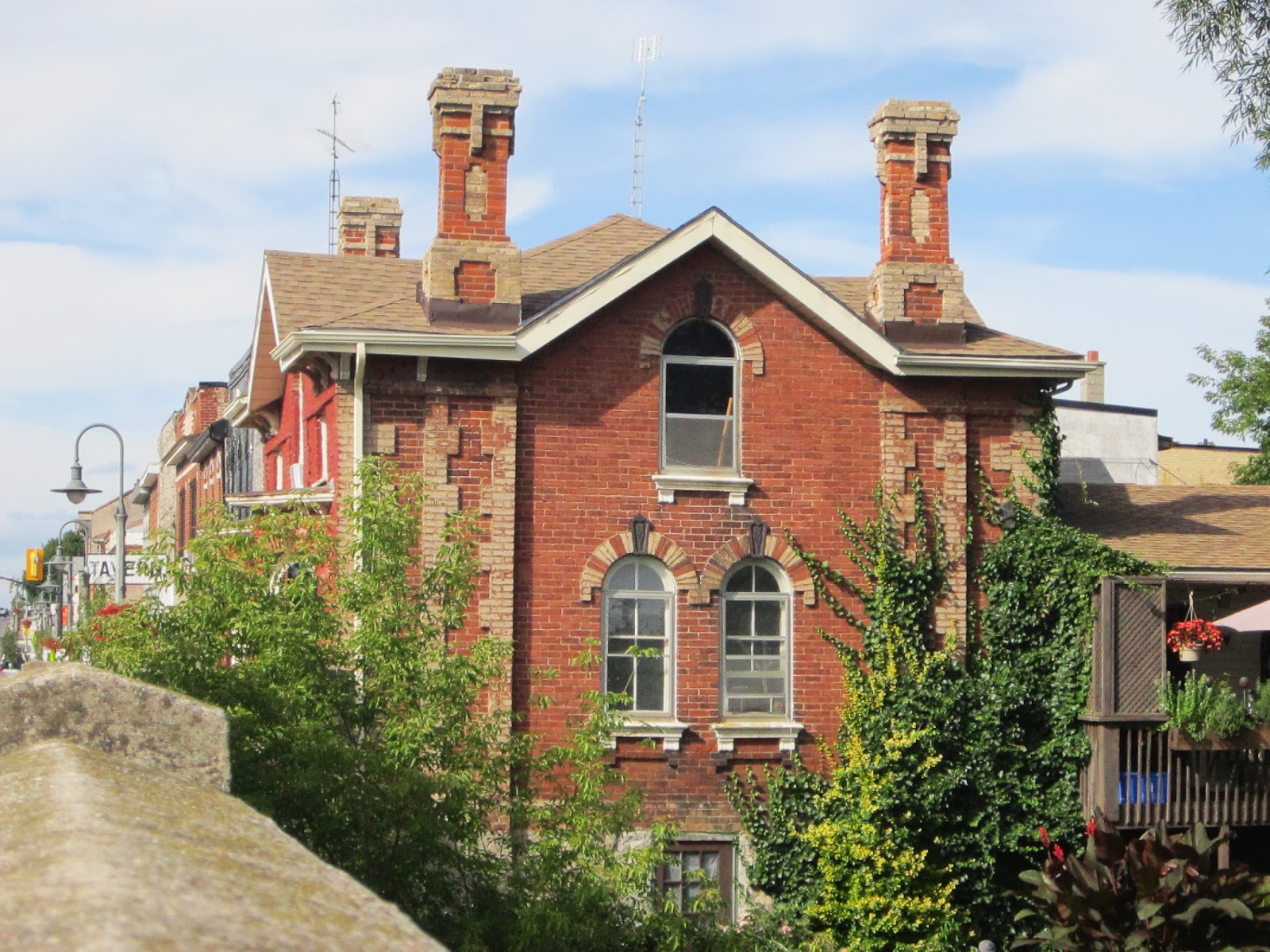 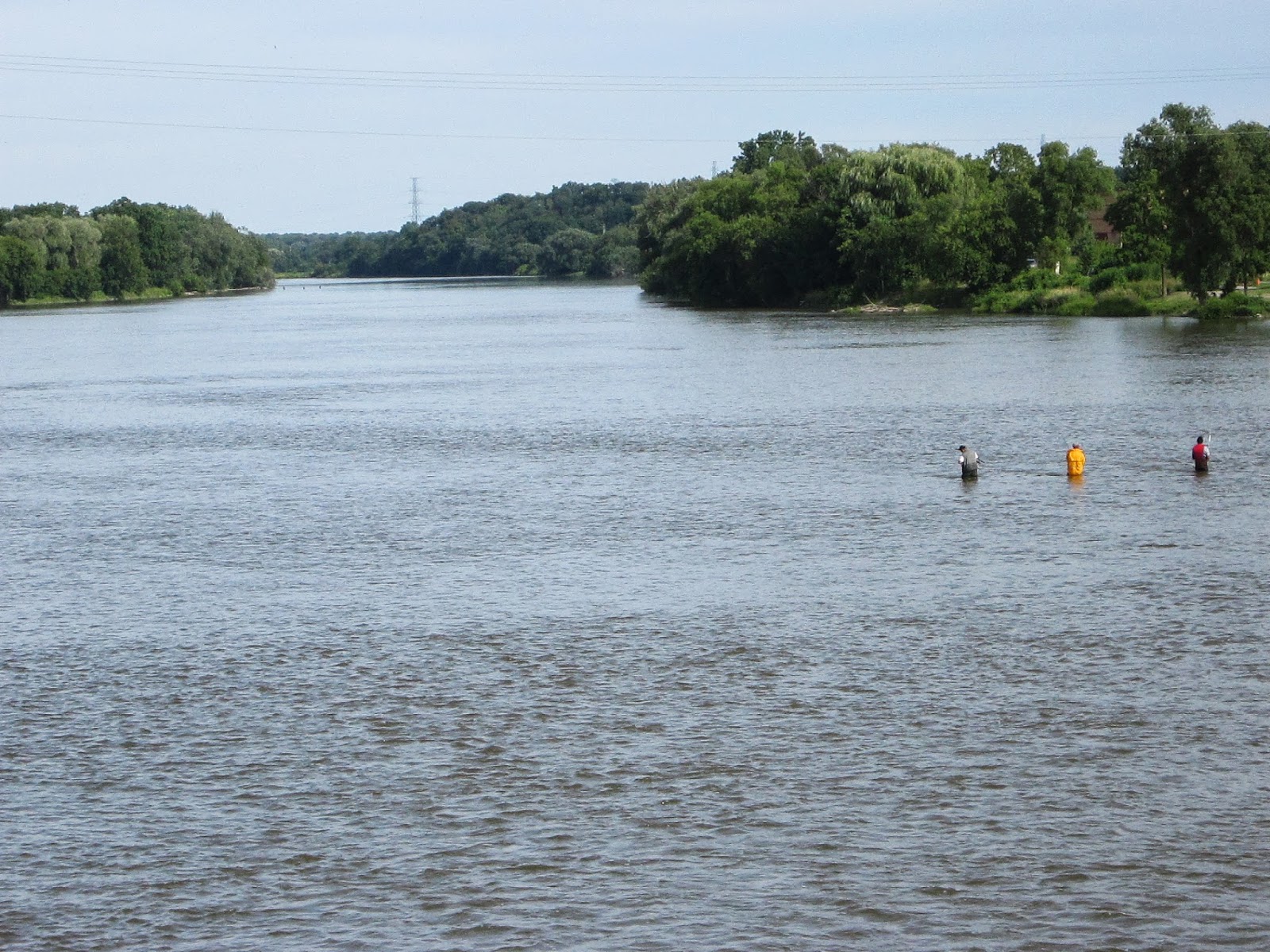 Tourist in my own neighbourhood this week.  Westdale for a browse through The Book Worm and late lunch at The Bean Bar-very good grilled cheese sandwiches.  Finally went in to Hotti Biscotti as I was on the hunt for something for my Food Pen Pal.  Hotti are hand-made, soft-baked biscotti so there’s no fear of losing a tooth with the first bite.  Go with the chocolate; there’s much more taste that the plain. Someone chose to make a hands-free call at the computer pool library.    It took every ounce of restraint on my part not to throttle him.  Courtesy says no to broadcast telephone calls to help desks.  Tried to have a wander through Gage Park but, once again couldn’t get parked.  This time it was soccer Moms and Dads.   Wondering where the next closest green space is.  A Case of Exploding Mangoes going well; a good read.

Took the next afternoon in Dundas. Remember where we were LAST YEAR ?  You have been patiently waiting for Part II.  All in good time; I got a little distracted. Aiming for the Farmers’ Market; no one in town knows where it is or what it is.  Finally find it in the parking lot behind the library.  If you were driving by and blink, you’d probably miss it but it has a little bit of everything.  The primary draw on this hot and humid day was Rudy’s Palletta-mexican popsicles in watermelon & lemon or ginger & orange and so on.  Very refreshing.  Went to Picones for pasta(gluten free for the Pen Pal) and on to the Beanermunkey for a caramel & chocolate dipped pretzel. Delicious.  Plan to hike up in Greensville, however realize I was probably in the throes of heat stroke and should probably get some shade and water.

Piece in the paper on Webster’s Falls and how the visitors are dwindling.  You can no longer climb down into the Falls, you can no longer BBQ and parking is ten dollars.  I don’t mind paying if I’m going to make a day of it and I’m going to be using all the facilities but if you are set to do a quick hike to Tew’s Falls on public property, I can’t justify the amount.

Recovered nicely from the heat-there is no air flow in the valley. Eve of “back to work”; feeling much like Labour Day.  Wait for it…yes there it is, someone has fired up their lawnmower.  Calling for ban on grass cutting Sunday evenings after 7PM.  It’s not right. And who’s that behind the fence?  Who are you hiding from?  What are you hiding?  Something fragrant, perhaps?  Think they were hoping to be completely alone.  Sorry to disturb.

Lingered in the garden(the lawn is, shall we say, lush)with tea, a book and biscotti until driven insane and inside by mosquitoes.  Important to keep in vacation mode for as long as possible.