Notes From A Warm Climate

I haven’t complained yet, have you?  43C does wonders for the skin.  We’d pay thousands for this in a salon; we’re glistening, not sweating. Some of you on the other hand enjoy sweating profusely.  While I lay like a slug trying to breathe, you take your 2PM jog.  I am fascinated watching you maintain your sanity as you run in 40C; the sun full bore.  What are you thinking?  Martyrs, all of you. Of course, in light of Toronto and Calgary floods, plane crashes, train derailments and Orange Day riots, we can hardly moan about our little bit of inclement weather.  But as I wrote in OLD YEAR/NEW YEAR, writing about our little corner is one way to sustain ourselves.  I began this post three weeks back but the neurons don’t function so well in 90% humidity.
Dinner with the Pater had just wrapped up-London Broils and roast potatoes-delicious.  Forced a couple of White Russians before dinner and followed them with a bottle of rose; recommending the Pelee Island. I'll be posting the avocado courses later. Took coffee and pastry on the patio and watched the pre-Canada Day fireworks.  Where were the neighbours?  Watching the big blue screen?  Comfortable temps and no mosquitoes; we could breath and our buttocks didn’t stick to the chair.  Second slice of meringue?  Why not?  Feel very strongly about giving in to the urge to take that second slice.  Because, Dear Reader, what if something should happen and you never again taste your favourite dessert? Would you not (if you still could) kick yourself?  Give in to it.

Once the night sky lost its crackle and pop, I turned to the usual late night romp through TV Land. PBS had a doc on Harlem undertakers.  Thinking a parade through town in horse drawn carriage would be a fine thing.  Perhaps while I’m still alive, though. I must say, I’m missing The Box when it comes to Wimbledon and Tour de France.  The 7th was the perfect day for tennis. Temps soared and a leisurely afternoon court side would have been good.  Of course the last time I watched tennis with any regularity, Connors and Cash were out on the clay. Oh, I’m not that old and yes, I know it’s 2013.  Wondering how many cyclists are doping. Very impassioned stance from The Widget Maker on the Armstrong debacle.  He claimed a large heart was the only thing responsible for the race results.  I was redeemed in the end.


Took my leave and soaked up the remainder of the Stat holiday.  A four day week is a fine thing but you’ll be pleased to know I won’t be going down that particular rant today.  Think we’re all in agreement that the less time spent cubicalized, the better.


Tried to nurse an injured bird, but, it soon became clear that we had a dying bird on our hands. The right leg seemed to be growing out of the back of its body.  Scooped it out of the bottom of a rubble pile and it escaped only to fall into a watering can. I was distraught. Then, with what strength it had left, the bird bit me; my life flashed before my eyes.  The bird was determined to die in dignity and made its way down to the sunny patio where it took comfort in the sun.  I was worried about the heat and tried to create shade.  The bird turned to me as if to say, “Get out of my space, now.”  By eight o’clock, instinct took over and it dragged itself into the plants for the night, only to drag itself out again at sunrise, when it died.  I buried the animal in the top garden and let nature take its course.  The fireworks continued.  Someone offered up a hot dog salute to the long weekend-deep fried/bacon wrapped/dressed in mac & cheese and drizzled with fried onions.  Who could resist?  Finished off the evening with Annie Hall.  What can I say about this movie?  Do I need to say anything?  Finally noticed the photo of Allen holding the lobsters!


Thanks to those who opened their property up for Hamilton Open Gardens.  Apparently we are the only community that has managed to sustain this.  What’s blooming in the garden this week?
TICKSEED... 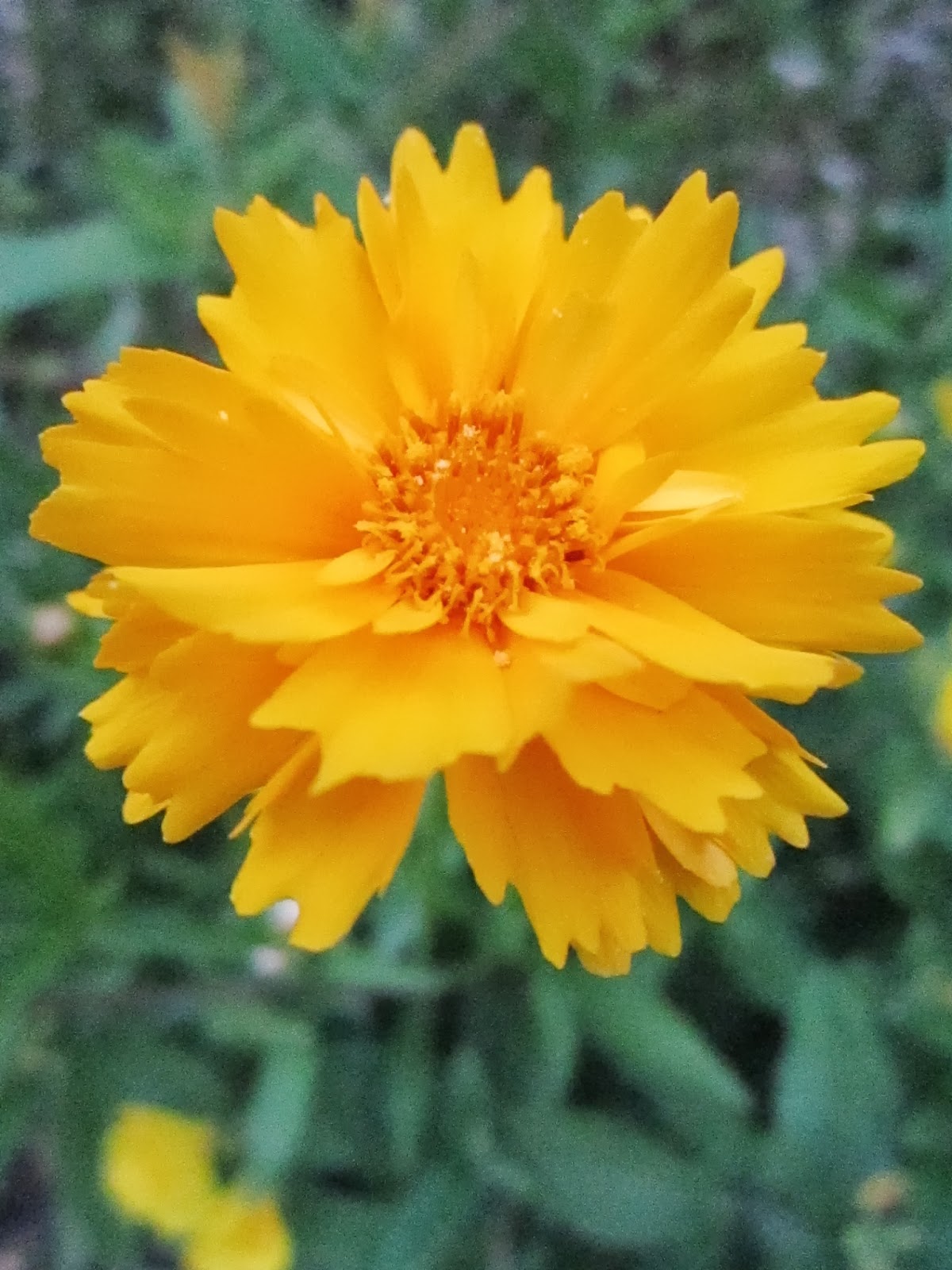 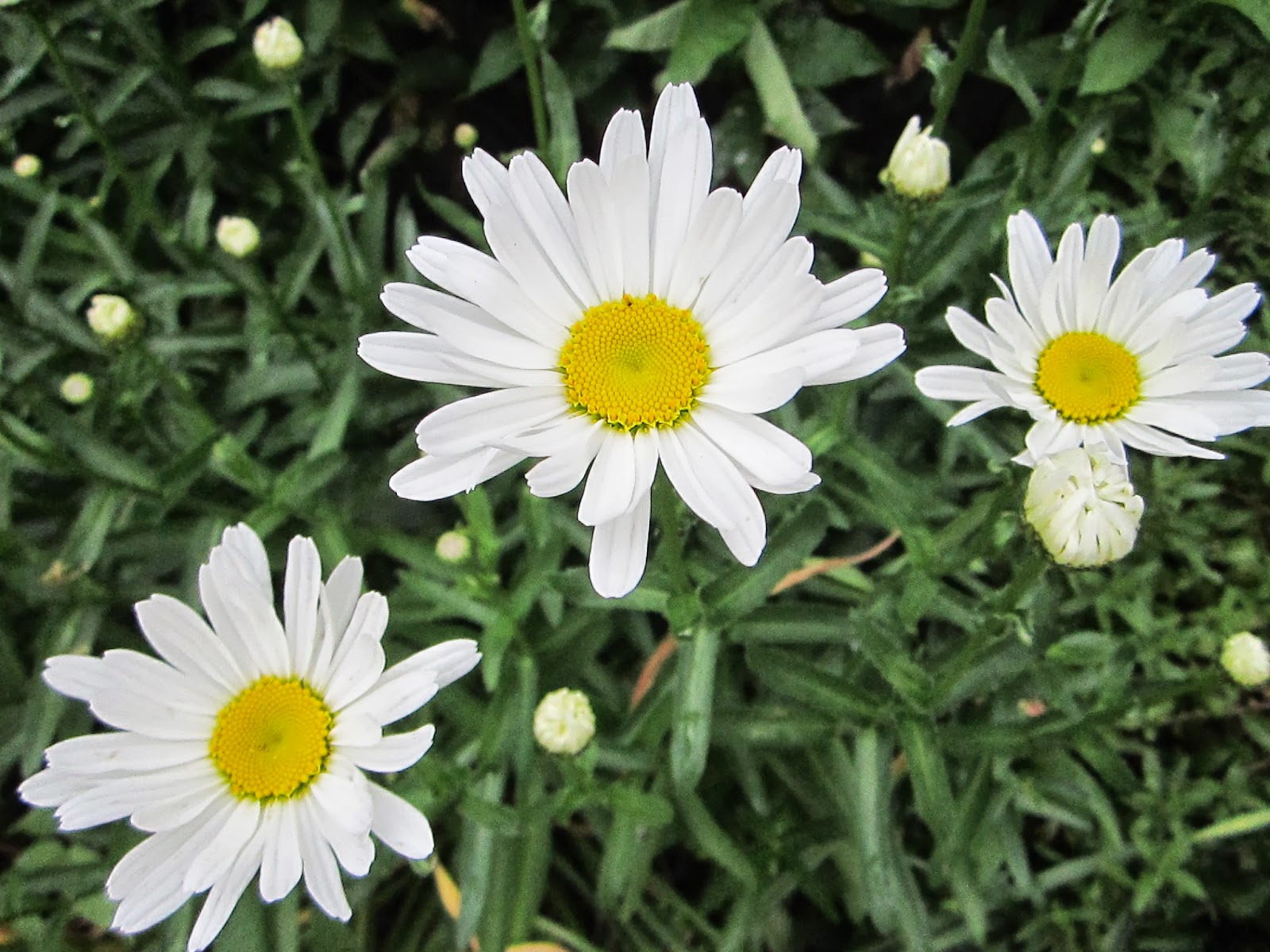 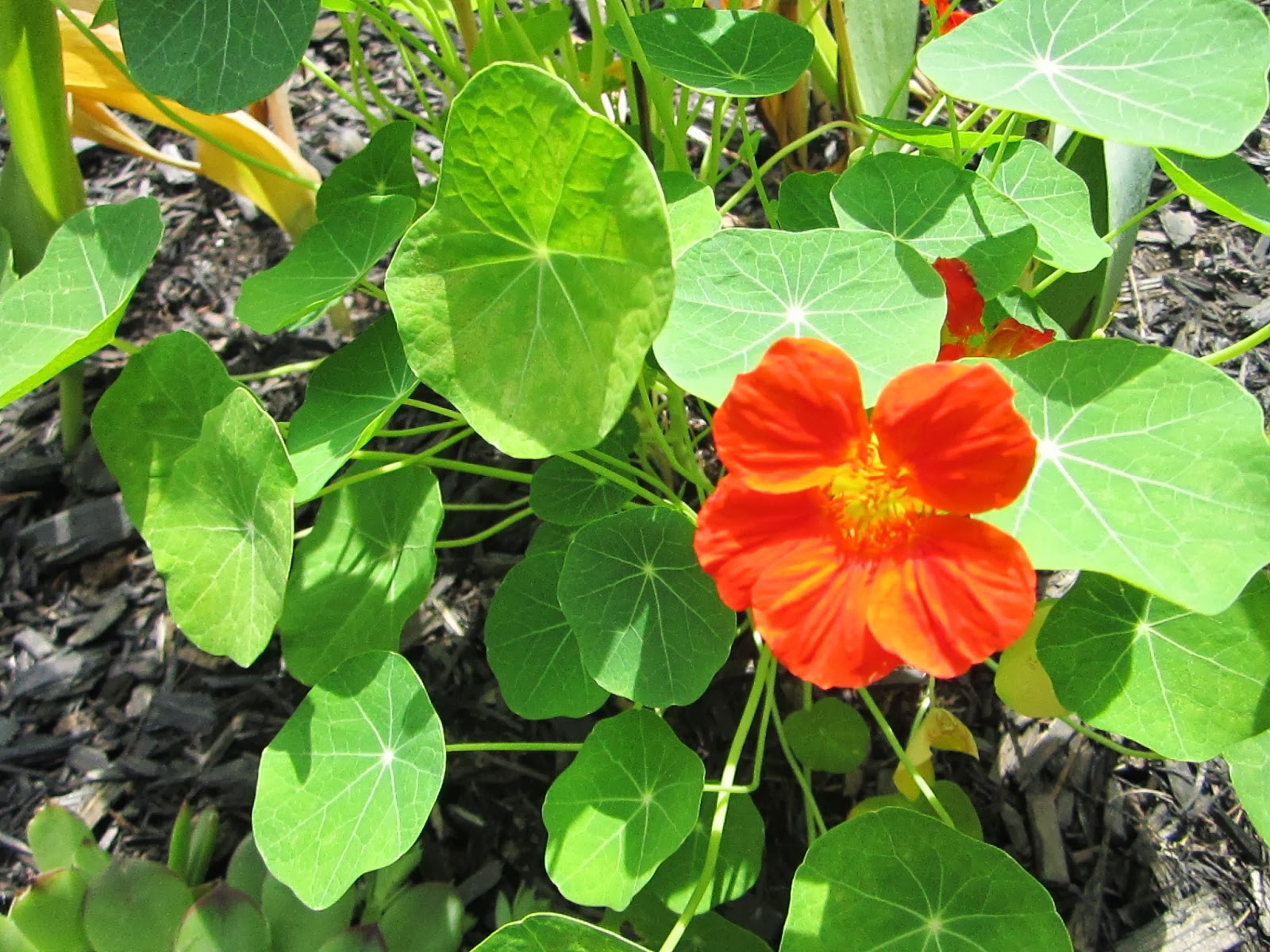 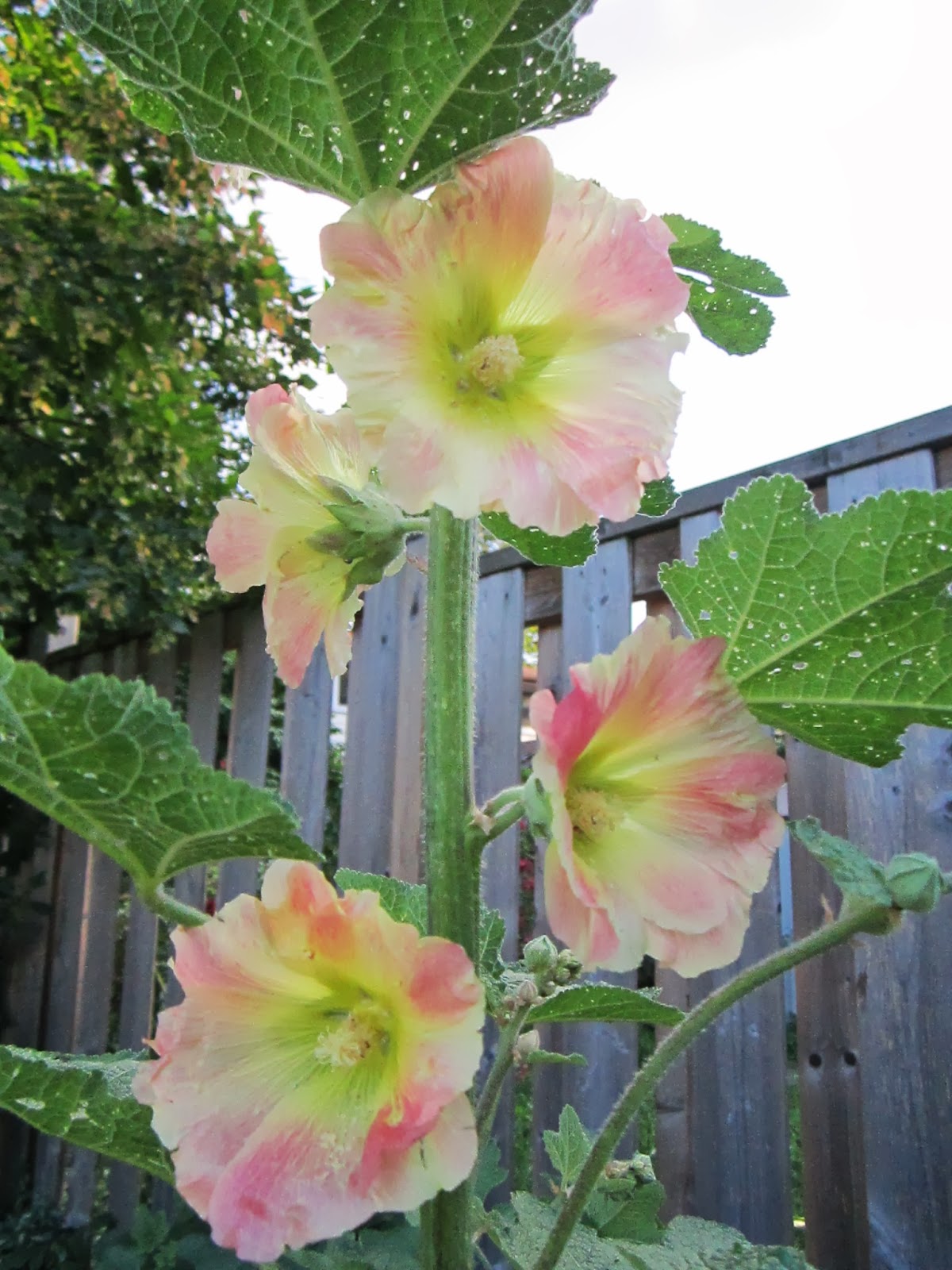 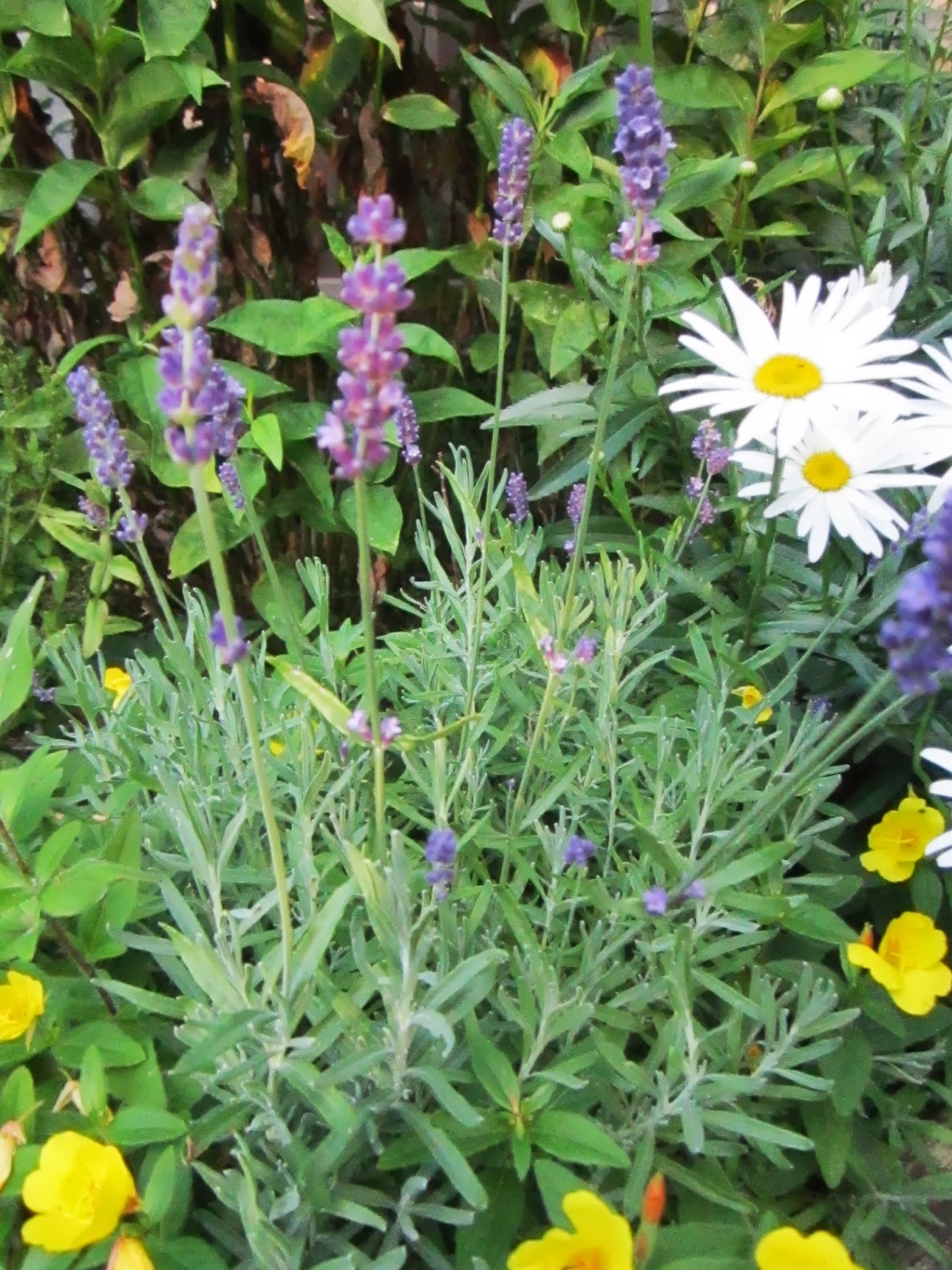 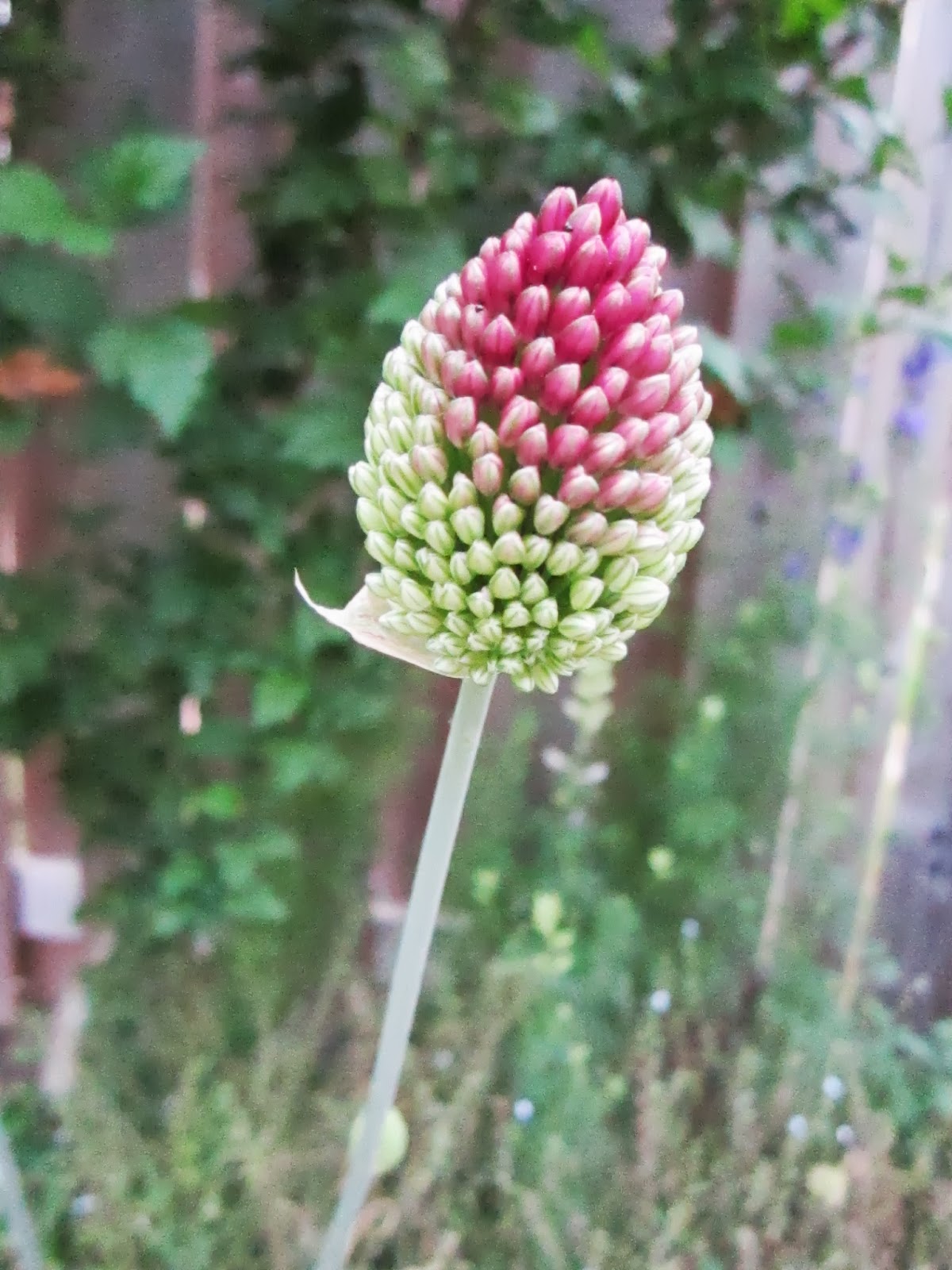 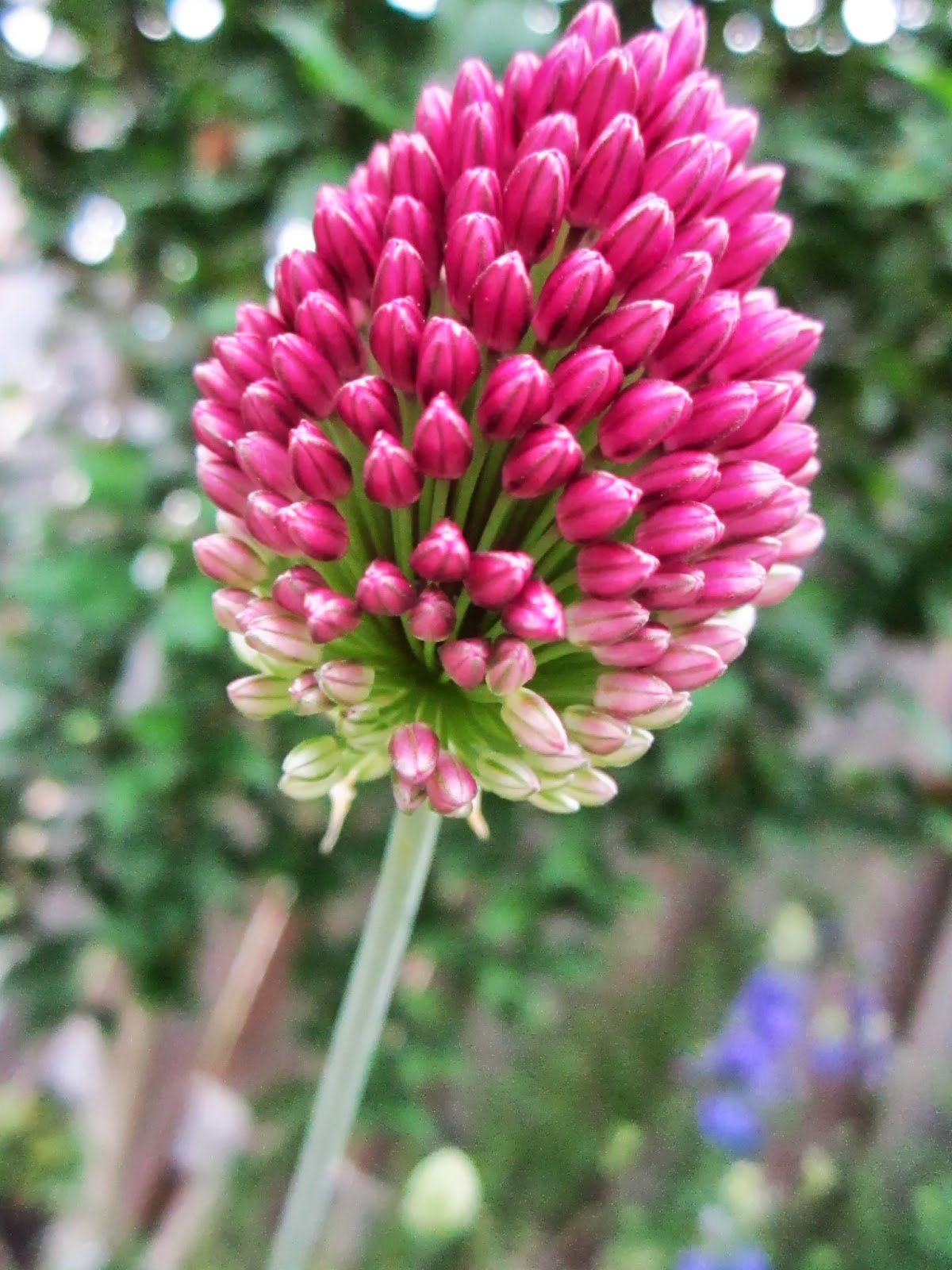 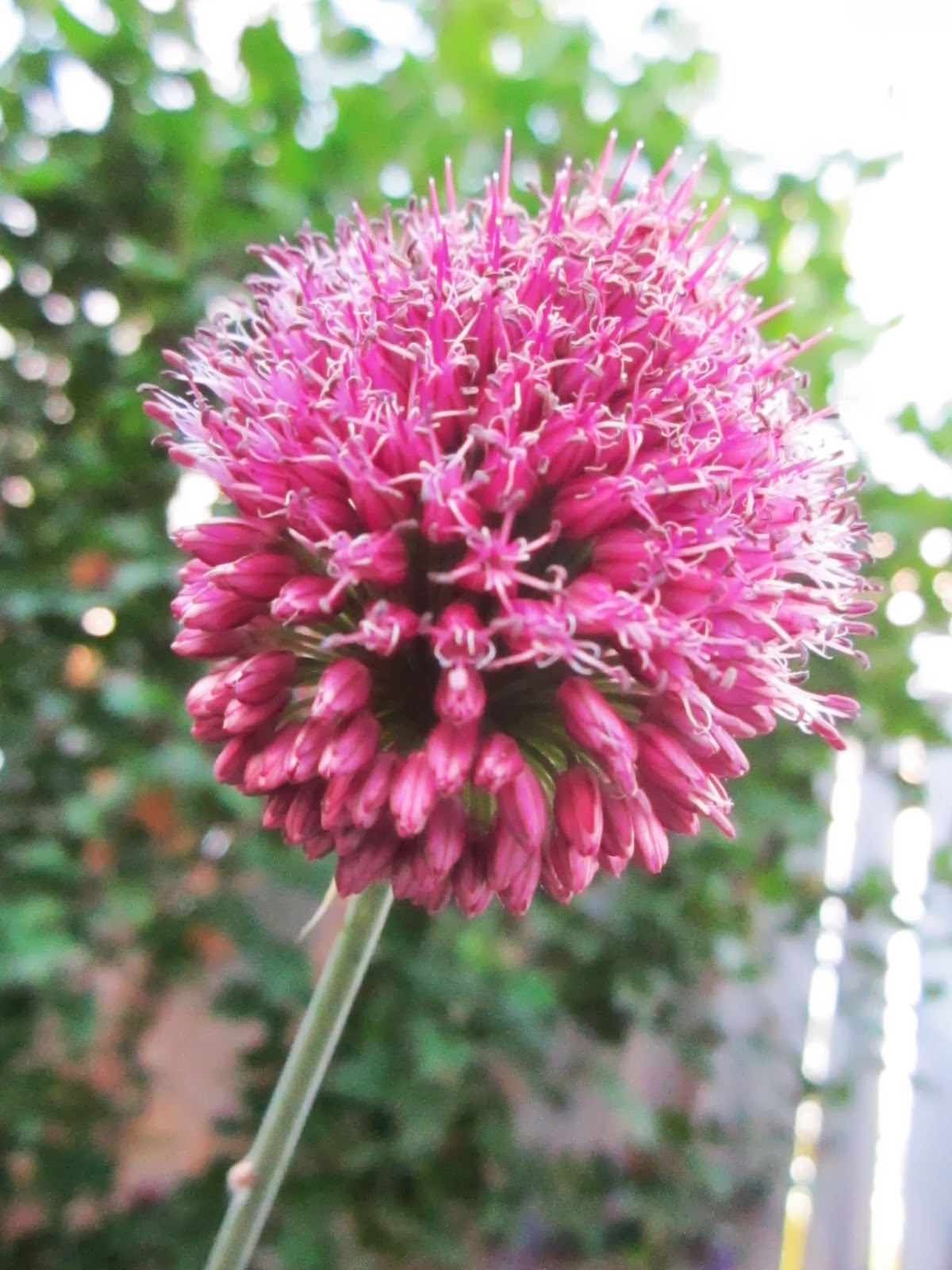 Try to incorporate scratch and sniff into your garden.  Fragrant herbs, soft Lamb’s Ear and so on.   Don’t be afraid to mix and match; there are no rules in gardening.


Reading frenzy at the moment.  Picked up three rapid reads and I recommend them all.  Julian Barnes’ A Sense of An Ending and Staring At the Sun. Just finished Pat Barker’s Blow Your House Down where every chapter is dripping in misery but the sections end in such a way as to make you stop squirming and just be taken in by the images. You’ll probably want to read it through as soon as you’ve finished because you’ve been introduced to everyone and for obvious reasons you’ll see things from a different perspective. Wasn’t expecting chapter ten to wander off where it did; I was ill prepared. Of course, I’m still wading through Trollope.  Like Mr. Fry wrote, you have to treat books of this nature like dips and tortilla chips.


The Ice Cream Man has become a regular fixture in the neighbourhood.  Everyone wants one but nobody wants to show themselves up by actually running after him.  Happy memories of ordering a “99” back in the day.  A 99, for those of you who don’t know, consists of a cone, soft ice cream and a Flake. Delicious.  I may or may not have managed some ice cream this week.


Michael Kaeshammer graced Hamilton with his presence last Friday and Saturday as part of the BROTT FEST.  It was an impulse purchase, but so glad I did. Great show.  And we were not sat on pews as expected.  Of course I first took a wander through the graveyard, as is my wont.  As with most Brott concerts, you have to get to the venue early because it’s open seating.  I chose wisely and got sat next to some fine people.  The general rule at shows like this is that no one talks to anyone.  Fortunately the tide had turned and we had a fine conversation.  How refreshing!  Kaeshammer brought his bassist and drummer with him and I can’t say enough about the show.  Refreshing also to have such an enthusiastic performer and everyone offered up a solo.  Do like upright bass.  Drummer and bassist hanging about after the show and I made a Bee-line to thank them for the performance.  Unfortunately, they had asked someone to take their picture. There was great technical difficulty and things got a little awkward.  So I quietly took my leave because to remain would have turned me into some kind of gawker.  Hope we’ll see Mr. K. in these parts again.  I think the Proms concert, next.  Quick drive through town.  Where is the new cheese shop?  Drove past the Indian restaurant and was very tempted to pick up samosa and butter chicken.  Next time.


Sunday.  30C by early AM.  John Major interview on The Sunday Edition about his book, My Old Man.  Major's father had been a performer in early Music Halls and was sixty five by the time little John came along but Major managed to extract from him reminiscences about his early life.  Unfortunate news on the new stadium front-we are to scrub the name Ivor Wynne in favour of Tim Hortons dollars.  I detest naming rights.  We’ve been through this at the Henderson hospital.  The Juravinski’s should have done the right thing and acknowledged that they already have several buildings named after them (including the adjacent cancer hospital)and that it would be wrong to rechristen this hospital.  I digress.


Sought refuge from the heat at the Art Gallery of Hamilton.  I was in my element-19th century French painting and photography.  Lots of it. The photographs are of the painters themselves in their studios or portrait sitting.  Enjoyed the Arthur Crisp’s,  Lavergne’s David with the Head of Goliath, Steinman’s Roulette and the film I’ll call, The Chess Player of Sarajevo. (Have you read The Cellist of Sarajevo?) Basically, the movie cuts between two men playing chess and a ballet where the chess pieces have come to life.  Something you’ll have to see for yourself.  Finished up having a wander through the new grocery store, Nations Fresh Foods.  Wondering how this will affect the Farmers’ Market?  The downtown needed a seven day a week store. Sliced pig feet and ears available along with deep fried chicken feet.  It’s carrying a bit of everything-fresh veg to deli and cheese to Thai, dim sum and Chinese takeout to bagels and coffee.  Have a wander ‘round and pick up something you haven’t tried before.


Drove past Gage Park.  The flower beds are looking well but couldn’t get a parking spot on account of the Jazz concert at the band shell.  It was rather hot to be wandering around, though.  Here is something from last year, OUR OWN KEW GARDENS, until the new one’s come along.

Now if you'll excuse me, I have to cool off with another in a series of icy showers.