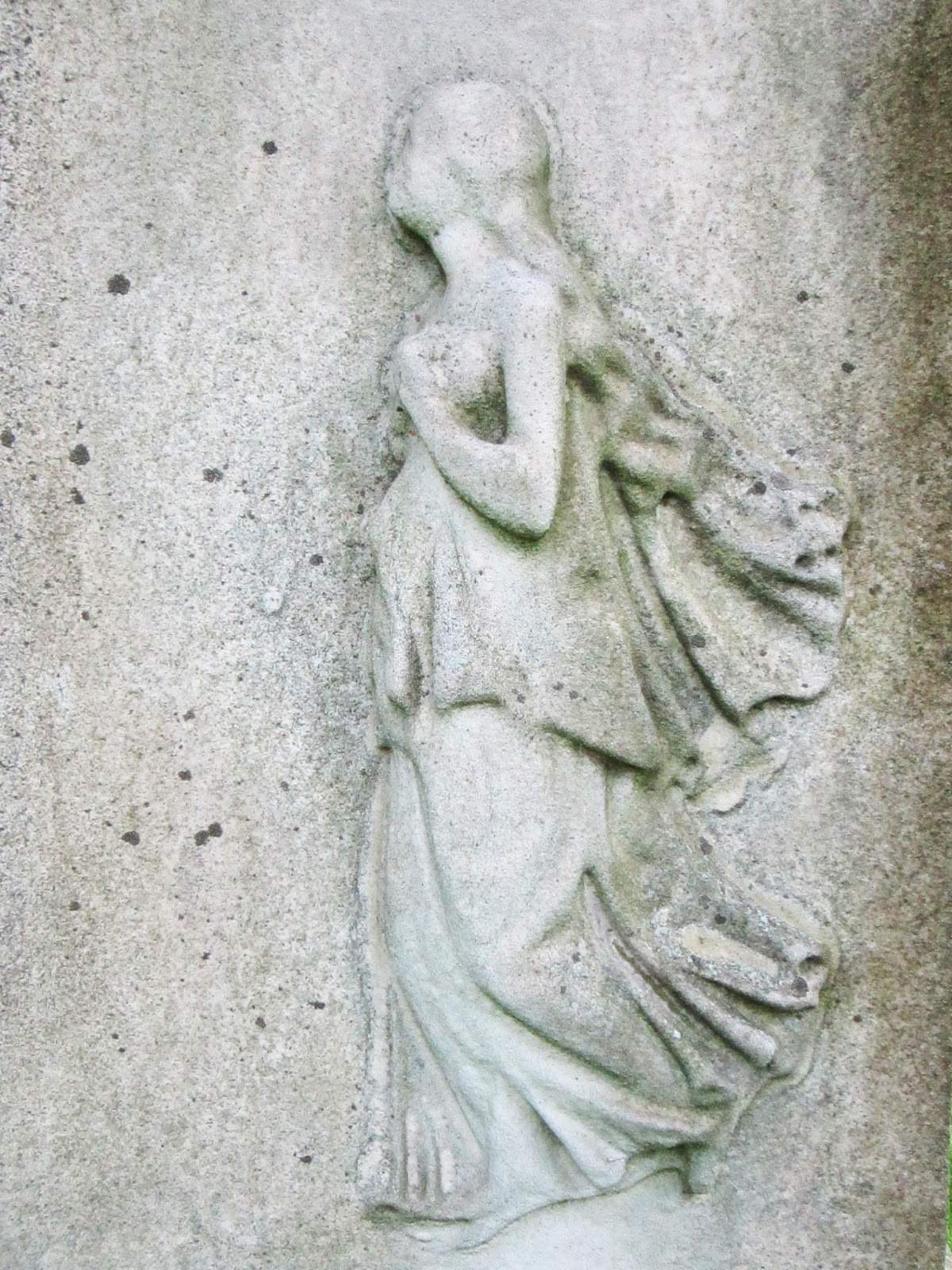 Made the mistake of sleeping with the window cracked open. The pollens invaded and I was bug-eyed by 8AM.  Had to get the eyes deflated before the off.

Sun was out and by noon the car was a veritable fire pit.  Smooth drive.  Enjoyed watching the lunatic in the Honda weave his way through highway traffic.  He never actually made any progress, but he did not know that.  Throwing caution to the wind, took Spadina.  What was I thinking?  The lights are not sequenced and I was psychologically unprepared for the arduous journey North.  It does afford a full half hour of people watching, though.  That's the amount of time you'll spend looking at red light bulbs.

Spadina runs the gamut from stylish coffee and chocolate shops to China Town to the University of Toronto.  Find a streetcar or meander on foot.  If time is of the essence, find another artery.  Ten Chapters still in business.  Great bookstore who, at one time, had a fair collection of old fine art postcards.  Found some nice Rembrandt's in there.

Skirted Casa Loma and neighbouring gardens and continued the climb.  Not one for trying to complete a parallel park, I opted for a municipal lot. Witnessed too many people tying up traffic trying to squeeze into a space. Coffee required; my destination was Ruelo Patisserie.  Cordon Bleu certified, I noted.  As you know, I'd sampled some macaron back in April courtesy of my Food Pen Pal.  I'd had my eye on the sesame/green tea ever since.  It did not disappoint.  Have to come back for Afternoon Tea. Take a look at these CAKES

Young & Eglington has a good mix of everything. Must be the largest number of hair and nail shops per capita.  New shoe smell wafted out of various doorways. I did not indulge myself; as inviting as new shoes are.

Rain came; pleased with myself for toting the umbrella around.  I was the only one and the look of surprise and disappointment on everyone's face was amusing.  I mean, you've had sufficient warning.


Took shelter at BMV-used books and movies.  Plenty of copies of Fifty Shades of Grey.  Clearly not a keeper.  Found a bargain, mint condition copy of Rememberance of Things Paris. Six decades of writing from the fine people at Gourmet.  Offered a bag the size of a pillowcase and the owner very carefully packaged the small book and my growing file folder of notes that I insisted on dragging around.  Looped around the block and watched a little soccer at the North Toronto Collegiate.  Drizzle didn’t seem to be hampering their efforts. Very pleased with the umbrella.  I have forgiven the individual(s) who liberated my first Totes and though I do miss the old reliable, I am growing quite fond of my new one.


A note on planters.  If you are a business that has gone to the trouble of buying the planters, the soil and the flowers, thank-you.  But, please, designate someone as keeper of the plants.  A little water will go a long way and don’t be shy about basket stuffing.  One or two marigolds in a giant container look lost.  One or two dead marigolds in a giant container speaks volumes about your business.

Made it back to the car with no additional charges.  Do you not hate to pay that next half hourly rate for thirty seconds of parking time?  Last time I was in a parking garage I somehow managed to drop the ticket down between the seats and it took an eon to retrieve it.  Have you ever seen what collects between the seats? Which brings me to The Cheese Emporium at Mount Pleasant and Eglington.  Note for next trip.

Now many of you will balk at the idea but it was only natural to take a wander through
Mt. Pleasant Cemetery.  But this is more park or Botanical Gardens than mere graveyard.  It’s actually a beautiful spot. 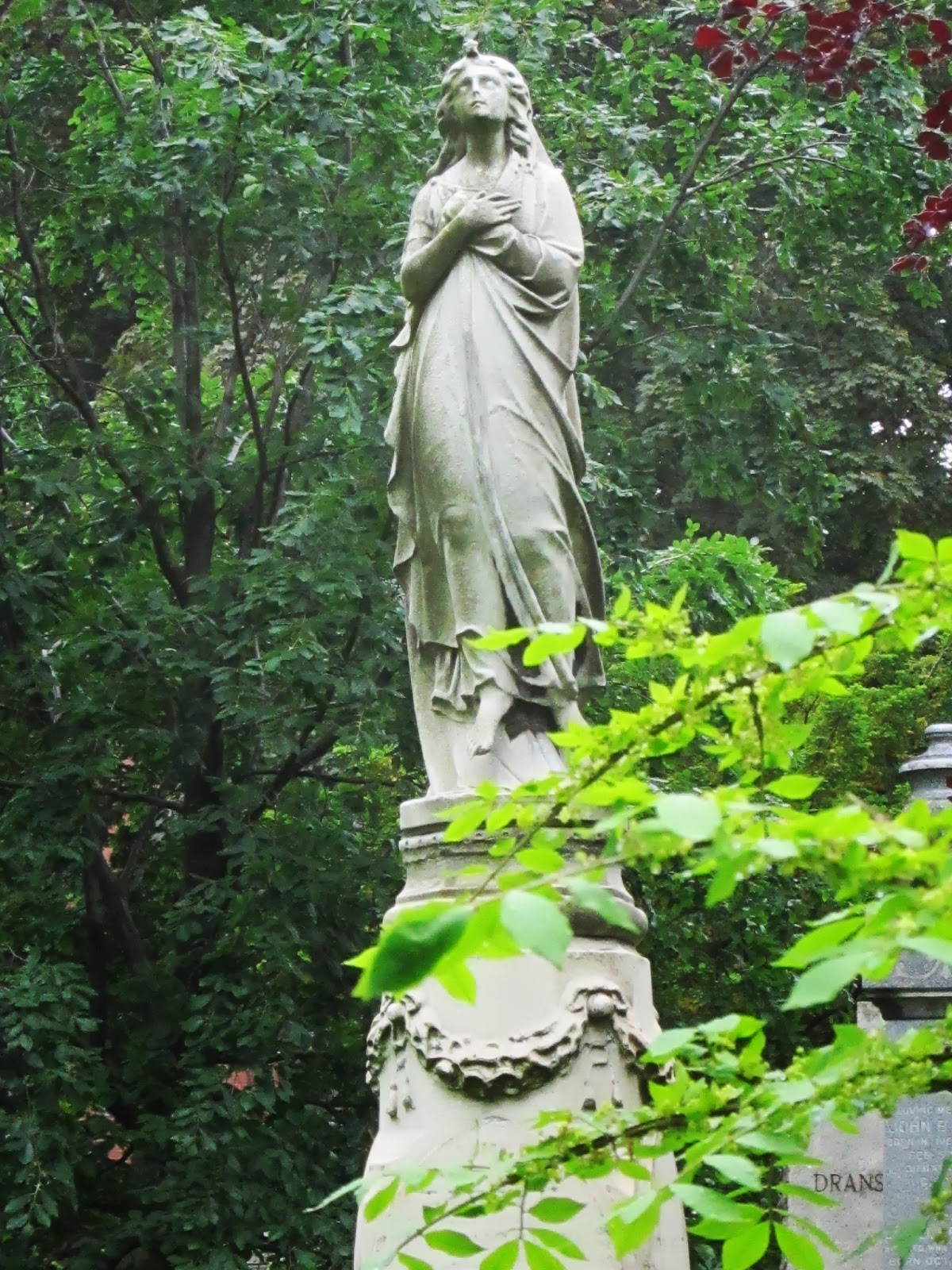 Try the Mount Pleasant Self Guided Tour  See page three and four for the locations of some of our better known citizens. 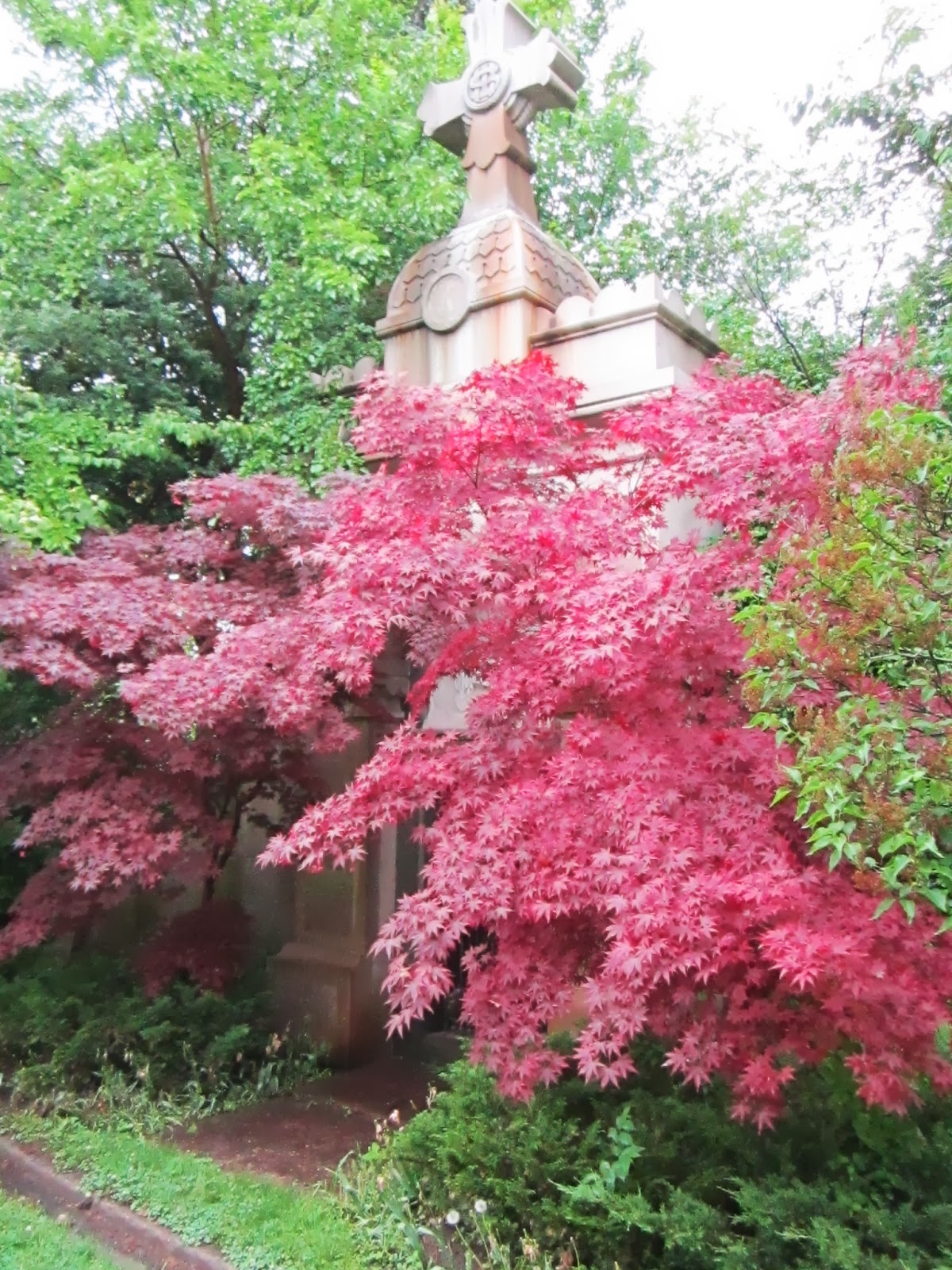 The trees are tagged, there are flower gardens; people were hiking and cycling.  I covered half of it on this visit. I found myself looking at one mausoleum which was quite new and there was cough out of nowhere. Just about fainted. I realized the vault had not been sealed up and I was probably gawking at the remains of a family visitation of the newly entombed.  Faux pas, indeed.  Next to it was this memorial. 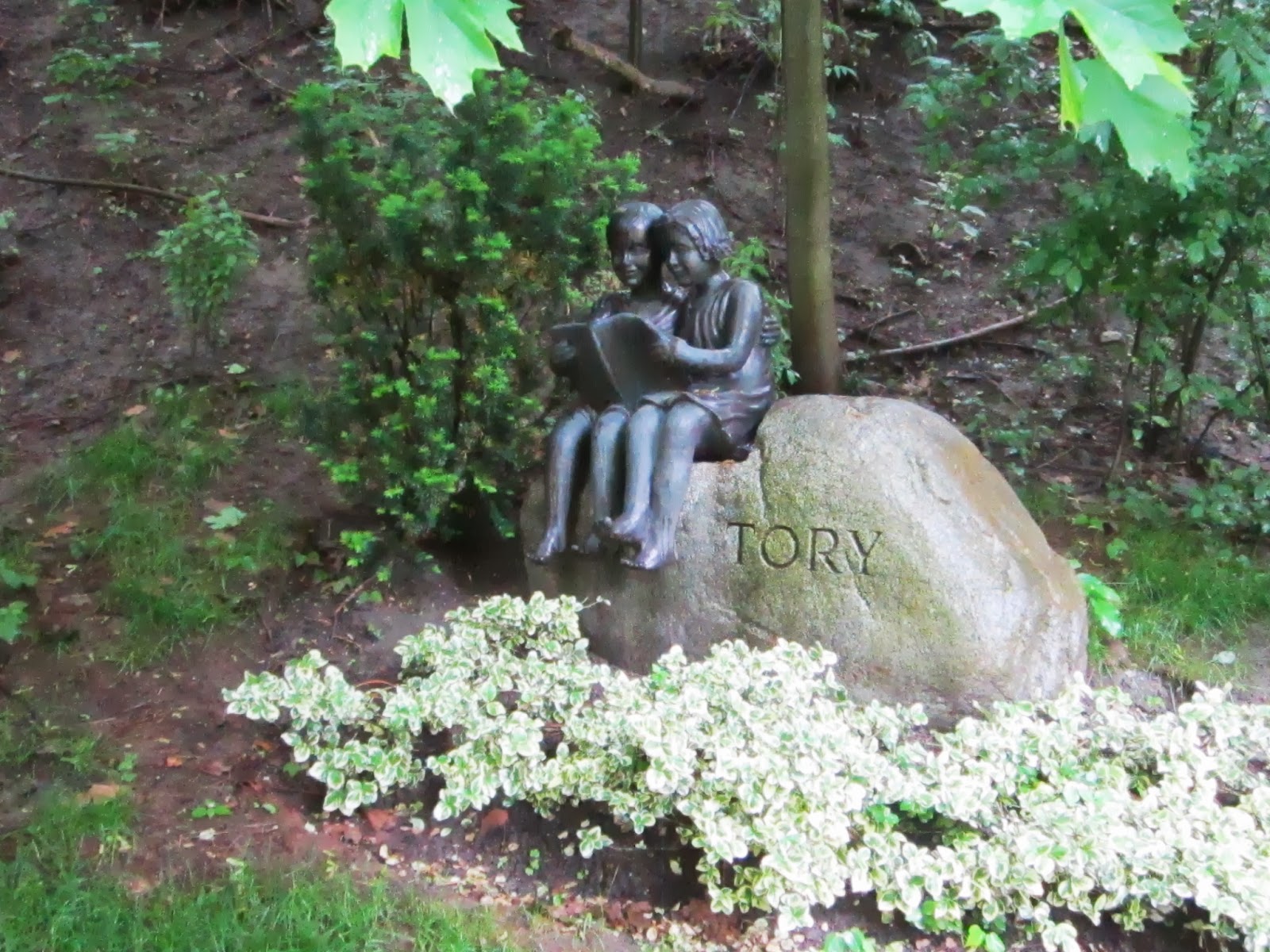 Lots of statuary in various stages of repair. 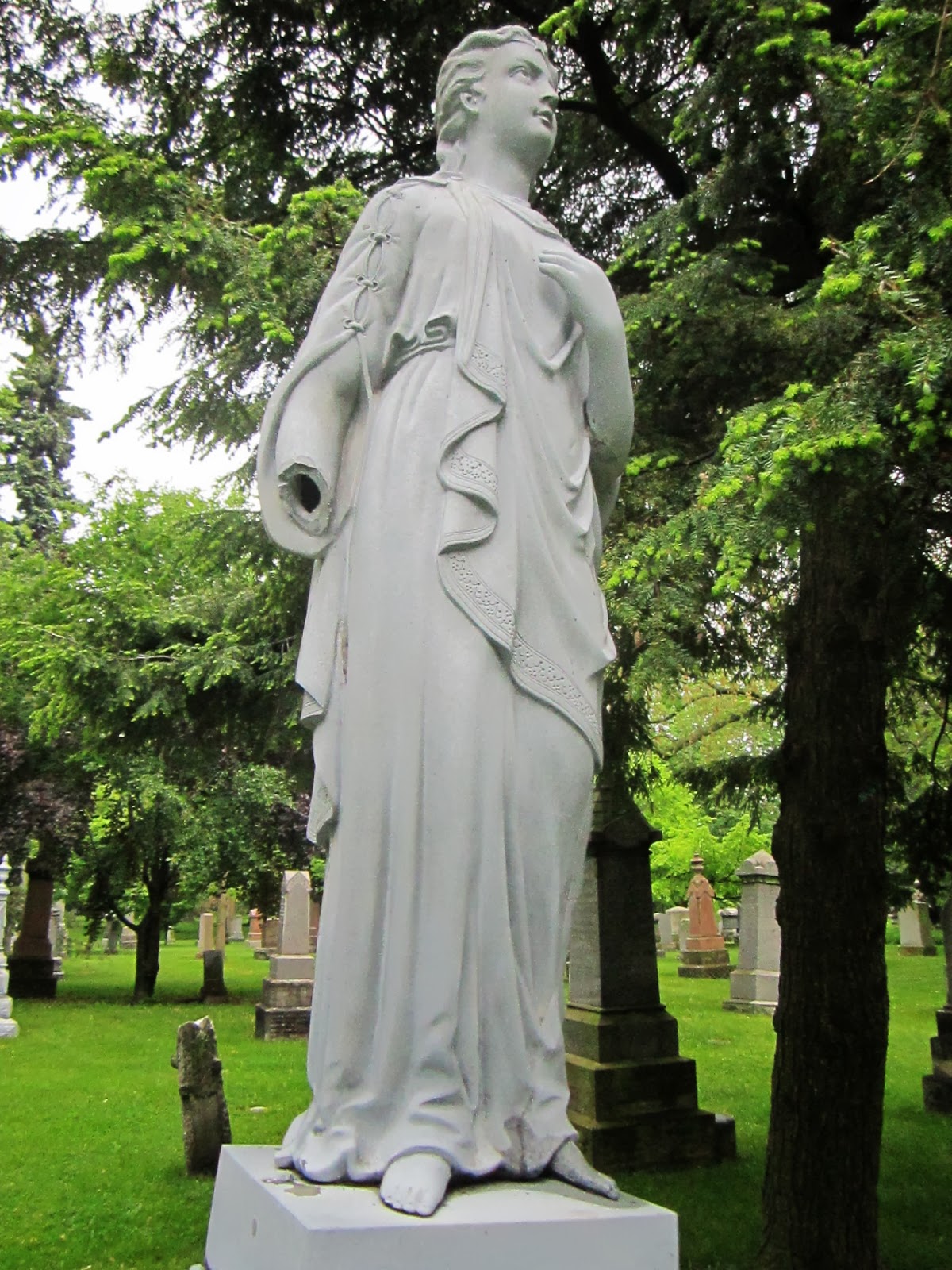 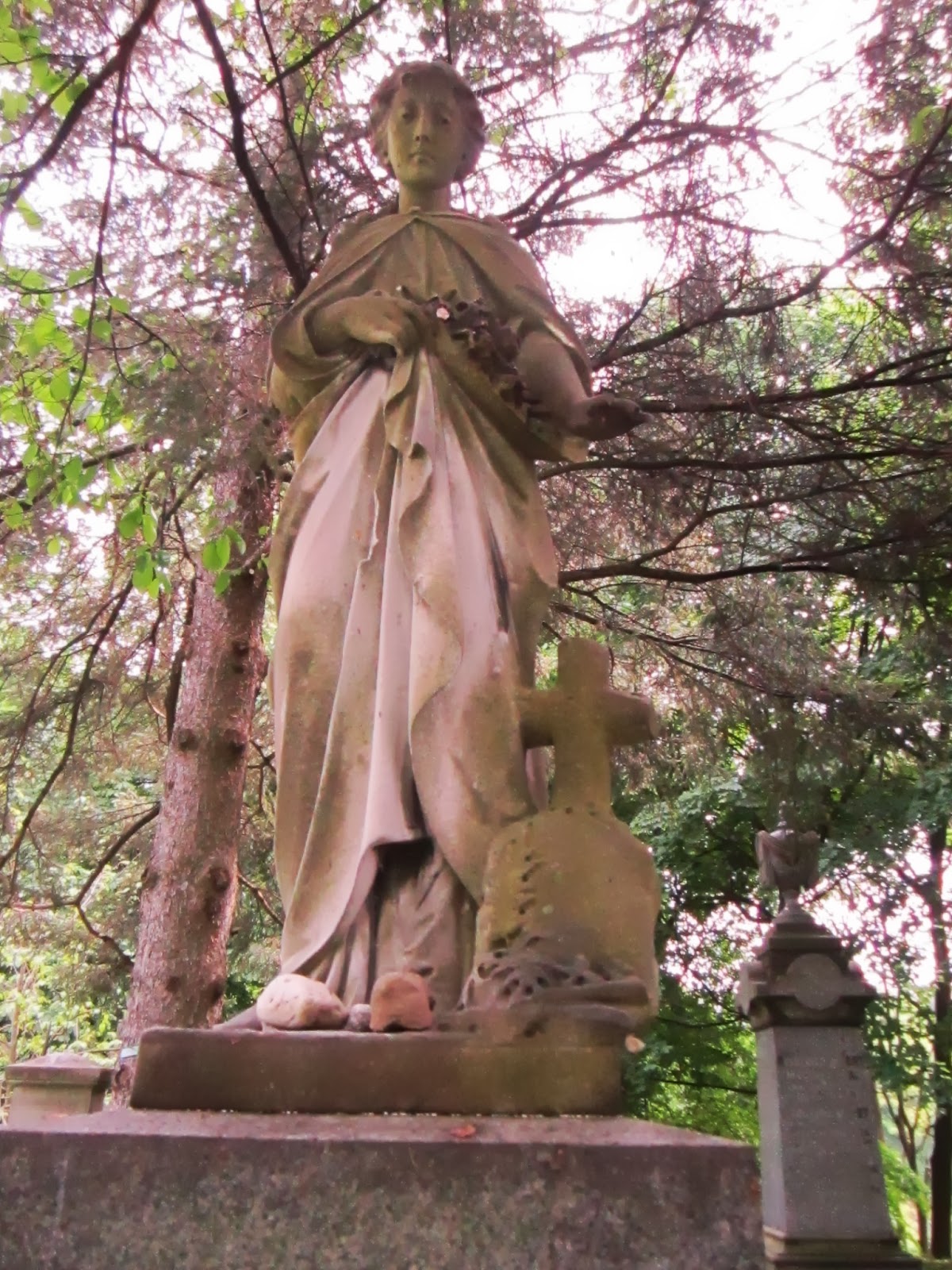 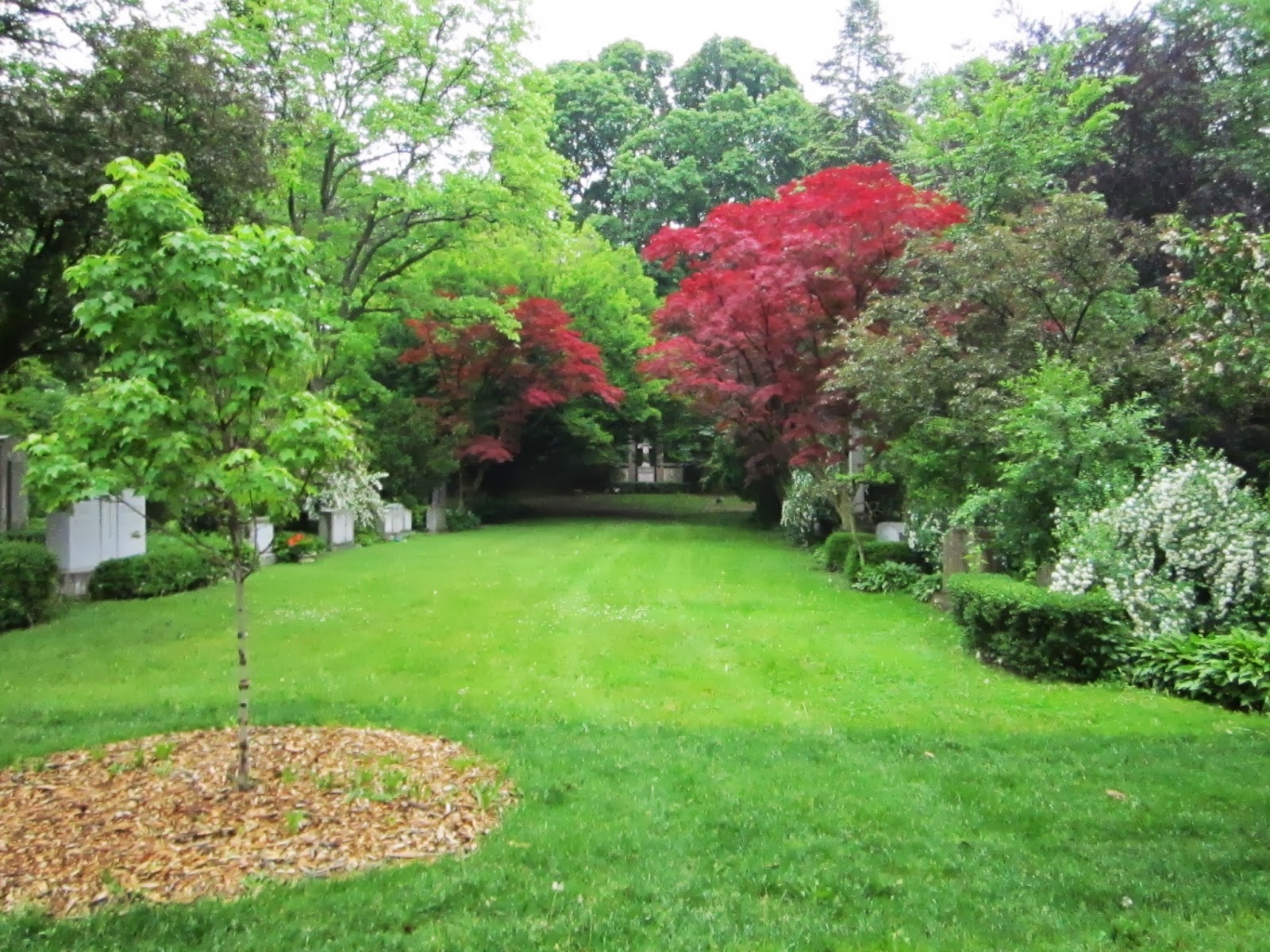 Time to head South.  First a little meander through Rosedale.  Prizes if you can find your way out of the neighbourhood in a timely manner.  Saw several properties for my next life.  Enjoyed the gardens very much. 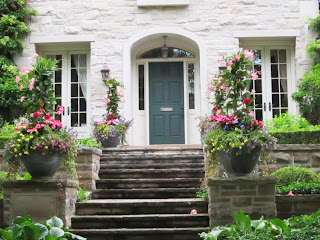 Looks like the hired help was hard at work putting them in.  Note, you cannot make a left back on to Mt. Pleasant.  Know this to avoid looping around and around.  Came out somewhere much further East than I wanted to be but did find the site where the Garlic Festival is held every September-The Green Brick Works.  So that’s something.  Then mysteriously wound up on the other side of the future Pan Am games village.  Condos, condos everywhere.


I had attempted to dine on Steak Tartare on my last visit to TO.  Didn’t happen.  Went to le papillon  this time and was presented with something that looked like tuna salad.  I’m always suspicious of heavily sauced meat and this was no exception.  Now it tasted fine and was beautifully presented but I wanted the blood red steak and the yolk.

And why do restaurants always bring your mains when you’re half way through your first course?  I though the French had mastered the art of taking four hours to sip a cup of coffee.  You see I was going for the garnish (an artfully sliced gherkin) and my plate was taken away.  And I was only half way through the frites, which, fortunately, were in a bowl of their own which I got to keep. I detest rushing through a meal.  Salad isn’t something that has to arrive at the table in record speed.

I’d been reading too much Gopnick and his experiences at one of the last French restaurants in New York.  There, they’ve honed the craft.  I opted for the soufflé, too.  The Tartare aside, I do like this restaurant.  Had a great view of the street, the dinner guests to my right and on the wall, a mirror!  I was reminded of the Velazquez painting, Las Meninas. The couple can be seen in the mirror behind the central figures.  I had a three-sixty view. Recently listened to Kate Atkinson in a The Next Chapter interview where she talks about ‘voyeurism of the only child’.  As one, Atkinson is watching (in a good way), observing and making her mental notes.  It might explain my interest.


Observed an Elvis Presley look-alike try to manipulate a Metro shopping cart over the traffic island. Tourists stopping to take a picture of the Flat Iron building. We have become a society of food stabbers.  We’re losing the ability to handle a knife and fork at the same time.  This was in evidence out on the patio.  My seat mates included a Brit almost throwing caution to the wind and ordering a $14 Cosmo; her emphasis on the dollar figure.  Beside them, a young couple out on the town;  she was paying and guided him through the beer and wine selection.


Strolled over to Soulpepper. The Co-Op has done a nice job with their flower beds. Tonight it was Kim's Convenience.  Korean shop owner contemplates retirement while dealing with family issues.  A good laugh, but also very poignant.   Think we all enjoyed ourselves. Perhaps things came together too well at the end?  It is a short play and you're left chomping at the bit.


No evening could be complete without a pit stop at Wal-Mart on the drive home.  A fine people watching spot.  Out of control children, adults drifting from aisle to aisle agonizing over which deodorant to purchase or scooping up bargain priced frozen dinners.