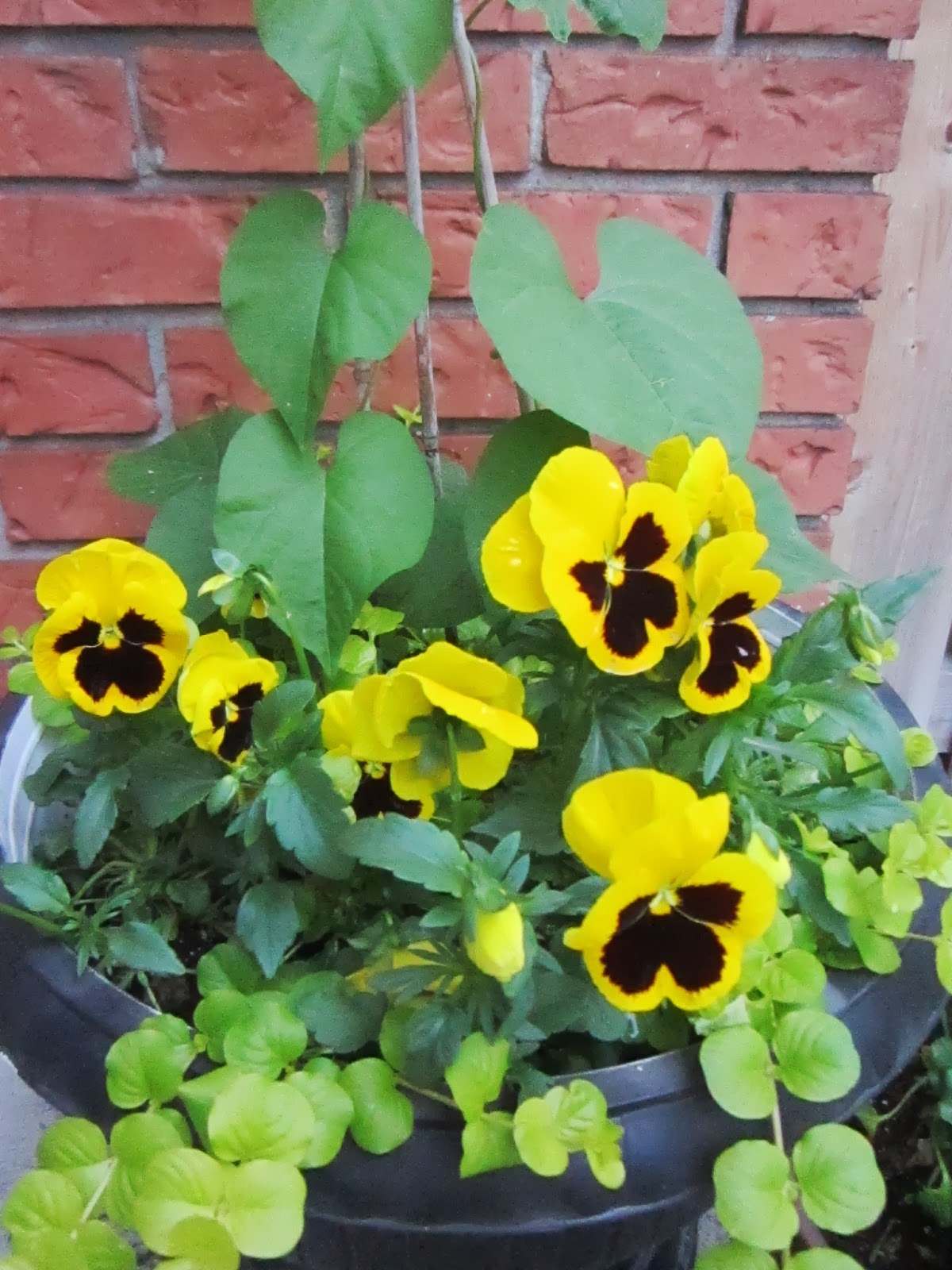 Always a thrill to see your name in print.   In this case it was the Letters to the Editor. (Remember newspapers?)  Just a few lines but had to make my point.  When I see the logical road not taken, well…  Of course we have blogs and tweets to get our point across at any time of day or night and don’t have to wait for the approval of a senior editor. Although after perusing a few Twitter feeds this past week, you’re almost crying out for an editor.  I believe “train wreck” was the expression used in a recent interview.  Note to selves:  not everything has to make the journey from the brain to the keyboard.  That aside, there are some little gems out there.  Two noted tweets from this week:  getting home to find a magazine waiting for you in the mailbox (akin to an Xmas card instead of the usual bill) and the quiet Spring we’ve been having without the constant hum of air conditioners.  Amen (says the atheist).


In between bouts of what could only be described as some freak avian flu, I cobbled together letters to the editor, Food Pen Pal (FPP)packages, letters of complaint and of course Father’s Day (FD) festivities.   I may be heading down the road of some Talking Heads character-drafting one letter after another in search of a reader.  It is important to compliment others at the same time; don’t just offer up criticism.  If you see a job well done, let someone know.

First of two searches began in earnest; raspberry sugar for the FPP.  Fascinating introduction to product placement.  Where are Fortinos keeping their sugars?  Why, in the fresh meat section, of course. Who would have thought?  Baking aisle? Yes.   Salt & sugars? Yes.  But, not sausages.  I asked for some rationalization; none was forthcoming from the department manager.  At another location of same chain, the very idea of flavoured sugar was balked at.  I need sound and video to properly do justice to the comment I received.


Here is SOME INSPIRATION for the next time you’re struggling to come up with a menu.  Key thing is a sharp knife; you’ll be chopping for a bit of time.  (Still getting the hang of my mandoline).  All in all I think things turned out very well.  Who knew lettuce could be so filling?  Finished up with a menu of:
~Asian Mary
~Thai Lettuce Wraps
~Miso Soup w/ dumpling
~Japanese Curry
~Indian rice pudding

I did cheat on the soup.  Lost the Chinese Soup recipe and although you really cannot go wrong with this (it’s 90% chicken stock) I wanted to compare notes.  The pudding took 2 ½ hours to cook but it’s something you throw in a pan and let simmer away.  Did finish with a cappuccino.  Where was the chai or green tea, you ask?  Took a great chance on the coffee as it was Sunday night and loading up on caffeine at 20:00 could have been dangerous.  I lamented the looming work week.  The Pater was unsympathetic.  Brilliant Dilbert cartoon this week.  Dilbert is exercising in his cubicle hoping to beat the system by living long enough to enjoy at least two years retirement after forty long years under the watchful gaze of Big Brother.  Just hoping the government hasn’t pushed the retirement age further along; they’ve already added two.  Such a lack of holidays in this country.  We are third behind the US and Japan. UGH.  Let’s have some personal days, at least-my gutters and windows aren’t going to clean themselves!  Surely it’s time we moved to the four day week?  How can we be expected to recharge our battery?


Squeezed in a day off last week.  A fine “start” to the day with Tom Allan in the broadcast chair.  Trying to stream the broadcast is futile and wrestling with the clock radio is like trying to tune in a BBC world service broadcast from deep within the rain forest.  Despite my earlier sarcasm, I picked up this week’s rapid read, Apartment Therapy, because it’s like a little itch that has to be scratched.  What more could be added to this subject? I was curious.  As it turns out, not much more could be added, however, if you’re looking for some fluff for back yard reading then by all means read away.  Of course, I’m reading Trollope at the moment and a heavy duty tome it is.


While at library central, I spied a copy of Edward VII. Thirteen episodes of glorious British costume drama, circa 1973.  Never having had the chance to see it the first time ‘round, I am diligently plowing through it now.  Youthful faces abound- Felicity Kendall, Nigel Havers, Francesca Annis, Charles Dance, Derek Fowlds, Annette Crosbie and a cast of thousands.  It’s actually a good companion to the Trollope.  What a cow Victoria has been! Interesting to see how little things change with our own dear monarchy.  The wayward Prince Harry partying it up and having to take a scolding just like Bertie did. 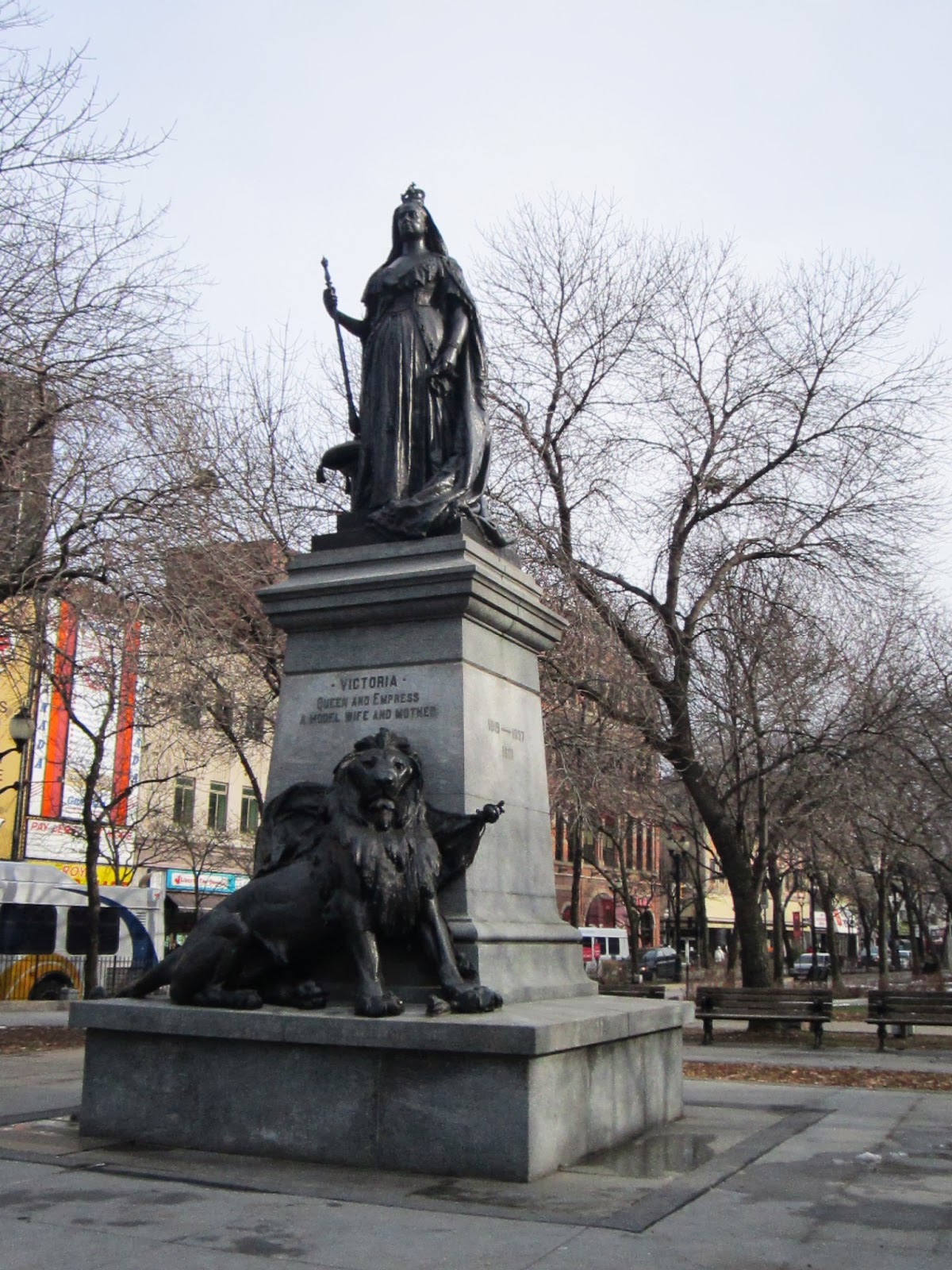 Back to the grind, but oh how nice to have the weekend close by.  I medicated with coffee but it had no effect.  Lethargy! Awoke Friday to the Toronto chief of Police grilling; interrogation on Rob Ford Watch.  I was driven close to madness tracking down the second product on my list, wasabi powder;  essential ingredient in the Asian Bloody Mary.  Naturally, it was on the door step the whole time.  Never underestimate your local health food store.  Wasabi was found not in the Asian, bulk or spice aisles, no;  it was practically in the pastry racks.  Is there any wonder I get confused?


Like Thursday, I started Father’s Day with a little piano-the 26 yr old virtuoso, Yuja Wang.  Very nicely done.  Four hours of prep ahead; it's all chopping and slicing. Dinner took five hours to consume and The Pater remarked that the time flew by.  Food and beverage was enjoyed by all.  But what of the clean up?  The less said about this the better. And I’d like to know how all these food bloggers cope with dish after dish in their micro kitchens.
Day three of leftovers, but oh what tasty leftovers! I think all the fish sauce is affecting my brain-long, vivid dreams; restless nights.  Coupled with the fierce allergy symptoms, it's a wonder I'm standing.  Apparently an untidy home is good for allergy sufferers like myself.  Dust mites can't get comfortable so there's less of them.

Burning off the dinner in the garden.  “They” keep calling for rain but we’ve had a glorious few days.   The rabbit population is growing and we are now playing host to a chipmunk.  The rabbit has moved on to shrubbery; making a fine meal of the Sand Cherry.  The Widget Maker is starting a garden and is looking for some tips; I think a separate post on easy gardening is in order. 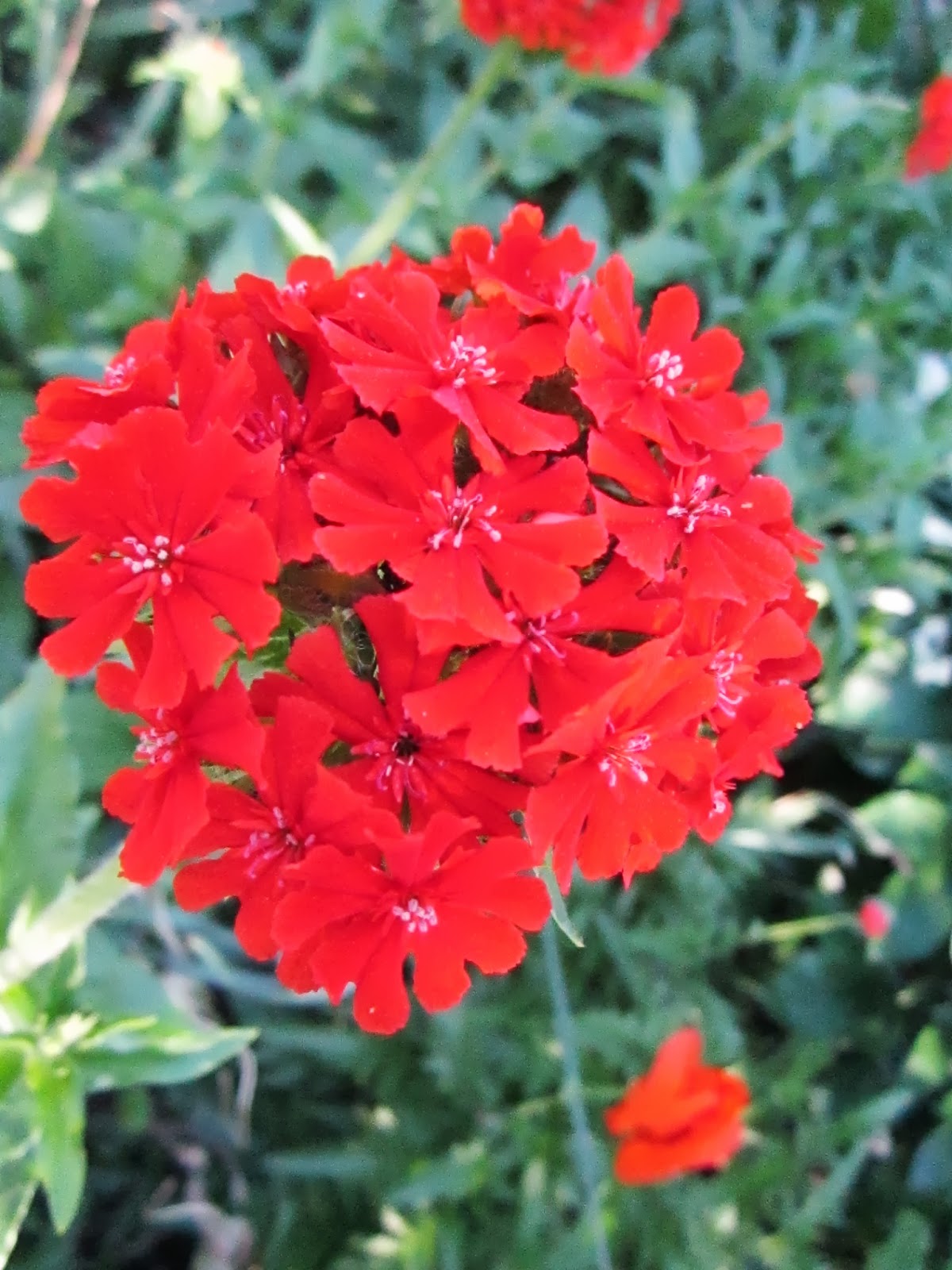 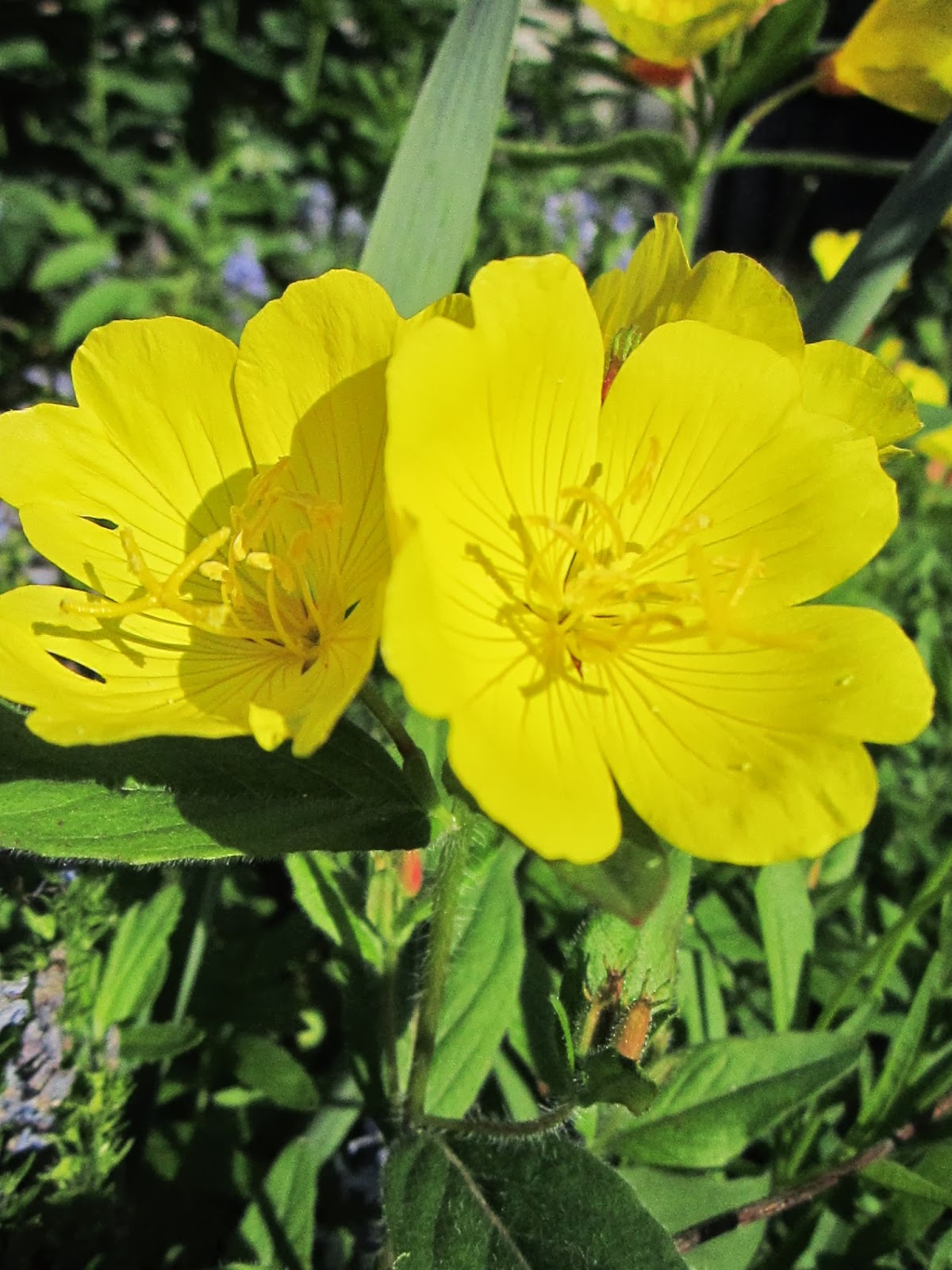 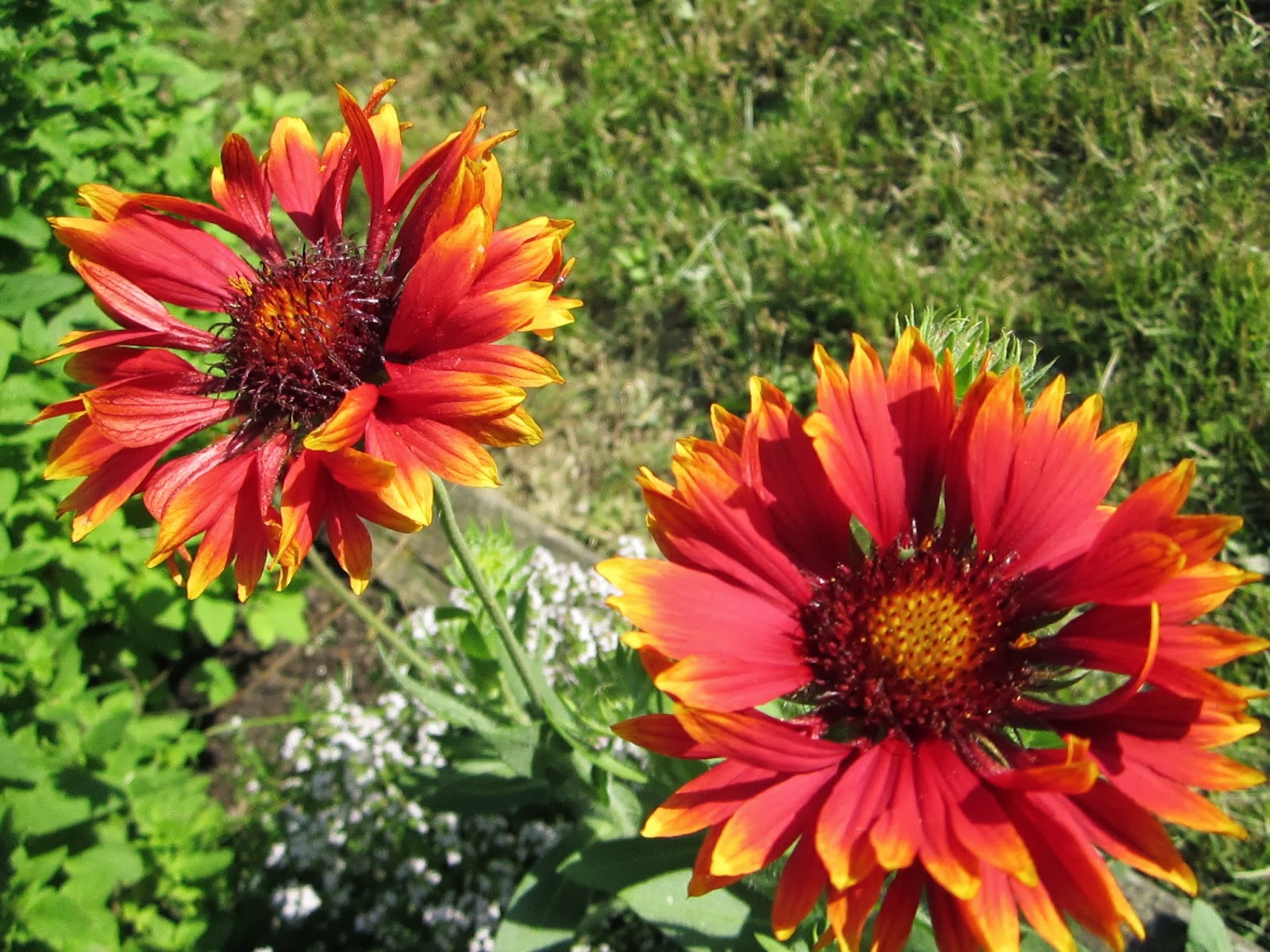 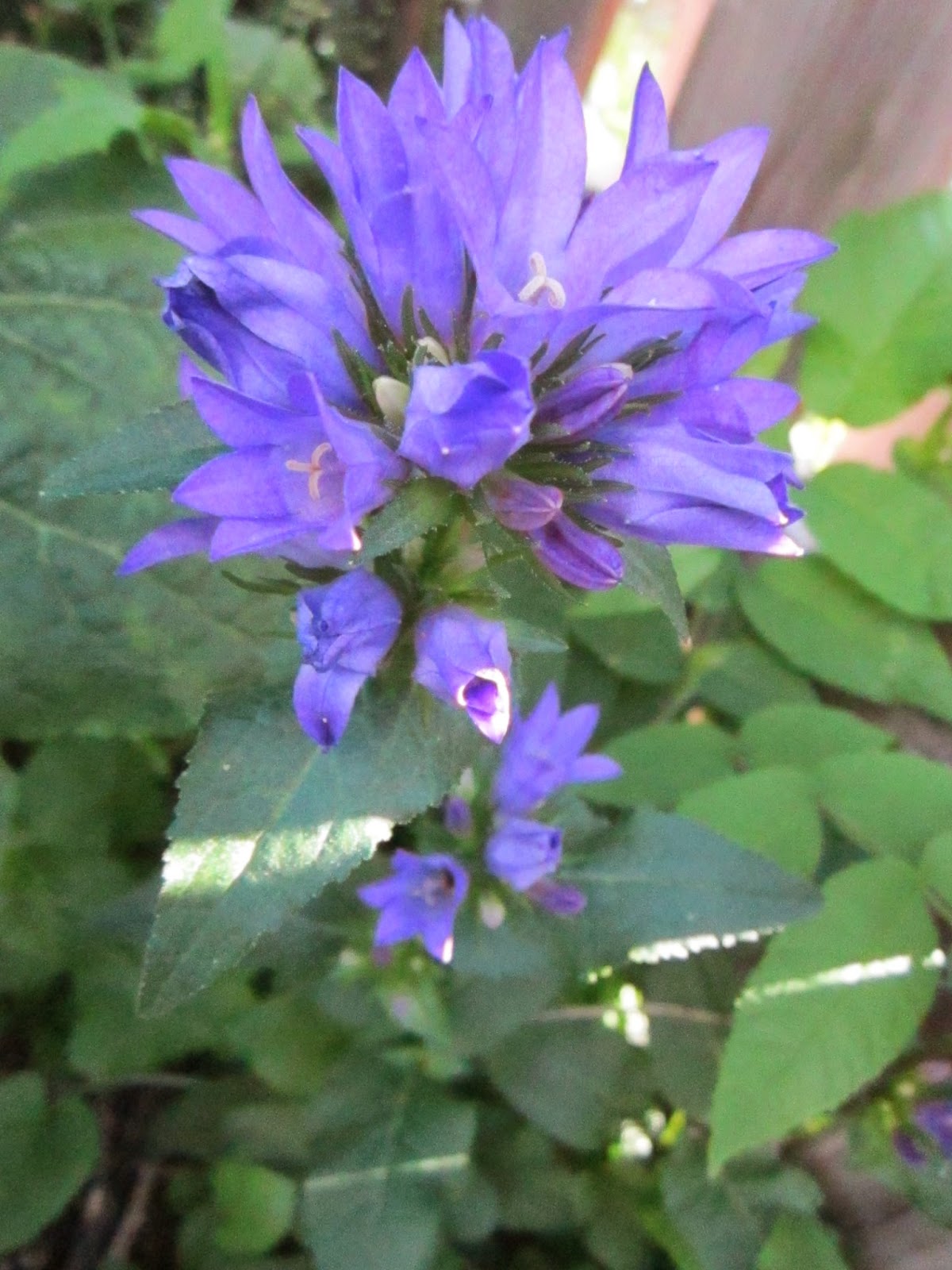 Summer due in just a few hours and we have been promised 25C.  (Thought is was Friday already-it is not; very disappointed with reality.) Off to start work on the next menu.  July 1st is close and there is a dinner and brunch to prepare. Tick tock, tick tock.