Difficult week weather-wise and it was time to get out of the city.  Theatre Season has officially started for me and with it a season of people watching and sampling of some rather nice food.  Feeling like an honorary Torontonian these days and a touch guilty about missing what turned out to be a banner weekend of activity in Hamilton.  Drove down the highway to participate in food and drink while missing the Food & Drink Festival here at home.
Old Town Toronto... 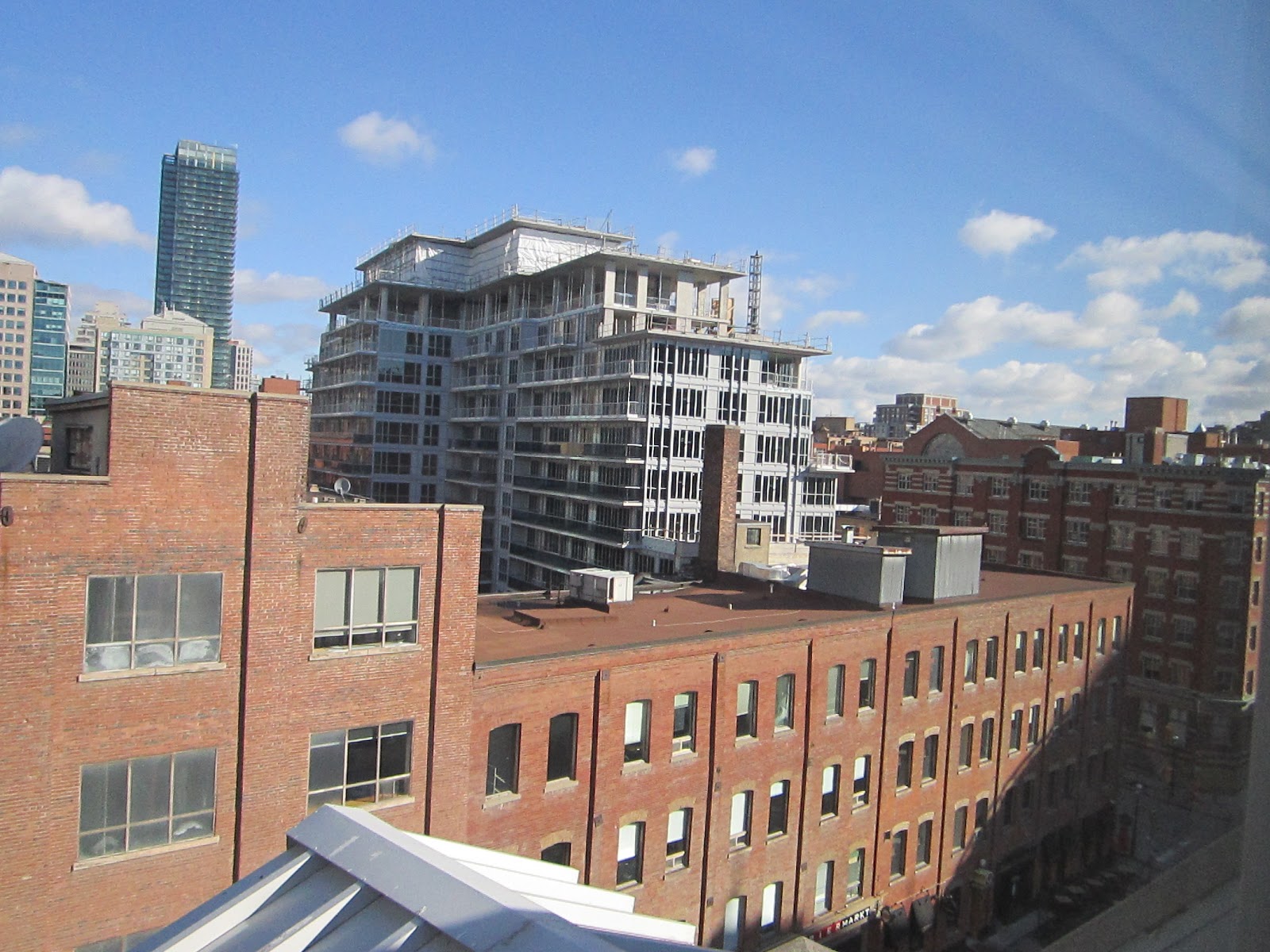 A sluggish start but eventually left two hours behind schedule.  Of course there is no need for a schedule.  I had nine hours to get there.  What’s the rush?  No construction this weekend, no Liberal leadership convention (must we keep talking about Trudeau’s hair?) and no Marathons. I send a nod Boston’s way in light of recent events.


Planned to take lunch at Biff’s Bistro but there is no lunch service on weekends.  The Steak Tartare will have to wait. Popped next door to Oliver & Bonacini (same owners).  A Cosmo, Tomato soup & Huevos Rancheros.  Love the décor.  Black and white; tin panels on the walls, upended cooking vats serving as light fixtures; napkins that don’t leave lint. Thank-you.  Now I’m a firm believer in not taking pictures of restaurant food.  It is a major social faux pas to whip out your camera for the edification of the world.  I will talk about the perfectly mixed cocktail, the creamy soup, the parmesan, the herbed cream;  the shredded pork and cheese, the eggs and charred corn, topped with flatbread and salad of tomato, black bean, guacamole and arugula sprouts.


Seated next to two women taking an eternity to leave the table.  They were on the last of their coffee when I arrived.  One, a mom at the crossroads of her career, the other with a second date pending but couldn’t decide if the religion was going to get in the way.  The conversation took forever.  I thought this kind of talk only happened in the movies.  Apparently there are normally three of them, however, because this third friend dominates the conversation, they needed time alone.  I tried to focus on my lunch.  Always amazed to find out who is a Mom.  The person either doesn’t look old enough or doesn’t conduct themself in a way that you think they’d be ready for motherhood. Anastasia is in daycare and I refrained from throwing my two cents in that children do not need structured art projects at that age.  Give them a box of crayons and some paper and see where they go with that.


A family of four arrived and ordered two portions of macaroni and cheese.  Kraft Dinner this is not. The kids picked at it but were more interested in the floor.  It’s difficult for tourists finding a spot that both the kids and parents can be happy with.  You can’t cater to the kids all the time but they have to eat a good meal too.  I always get tense when I see food wasted be it in a restaurant or in a movie.  The drink never gets finished or the action moves to another room before the last course can be touched.  Just watched Howard’s End, again.  Ms. Prawer-Jhabvala died this week and it was time to revisit a Merchant-Ivory film. The housekeeper had just served the dessert when it was suggested the group take coffee upstairs.  Did anyone eat their pudding? No. There wasn’t time.  If you have not already done so, work your way through the Merchant-Ivory catalogue.  You will not be disappointed. I digress.


Piece on last week’s The Sunday Edition-Acoustic Stew.  Music in restaurants or rather loud music in restaurants. Patrons having to text one another because they can’t make themselves heard over the noise. If you’re the kind that cannot handle the noise, the owner doesn’t want you there.   The noise is OK because it’s cool to drink a $17 cocktail while your ears are being assaulted.  Studies show Mozart is the perfect digestif.  I couldn’t agree more.  This week’s crispy rolls were consumed with the aid of The Horn Concerto played by Mr. Jamie Somerville. I’d go one step further to include Vivaldi’s Concerto for Two Violins and Korsakov’s Caprice Espangol.  Thank-you CBC.  Music was well in the background at O & B and is always low key at Biff’s.


The women started to feel guilty about staying so long and I took my coffee in peace.  A good server doesn’t ask if you want tea or coffee, they ask if you want espresso or cappuccino.

Off to the St. Lawrence Market for a browse.  Ideal people watching spot;  it’s all here.  Picked up breakfast for Sunday and a red velvet cupcake that proved bitterly disappointing.  I have high hopes for the almond and cherry tart.  What is the true cost of anything?  Found two Pashmina at Kailash and was immediately offered over a 30% discount as I was a repeat customer.  Now, she doesn’t know me from Adam.  Nevertheless I’ll take the discount.  Found St. Dalfour tea.  I’ve had their jam so we’ll see what they do with Darjeeling.  Also found a Belgian chocolate with lavender and another with cracked pink pepper corns.
Today's finds... 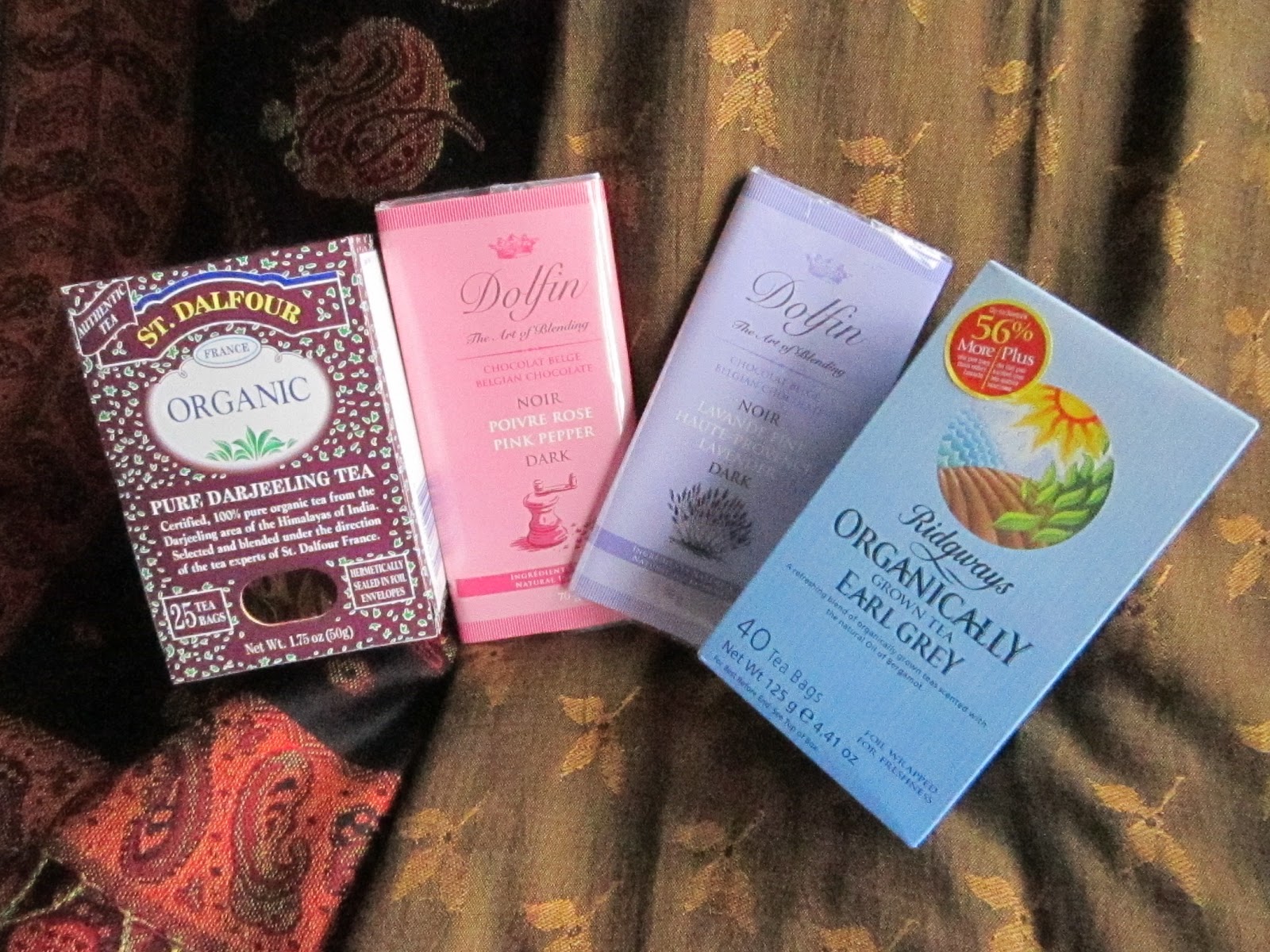 The kitchen supply store on the second floor is under new ownership,“a little Korean man”,  as the clerk put it. It did not have the same atmosphere as before with three clerks hovering around the perimeter watching out for a potential theft.


Over to the hotel to freshen up.  Watched a little of The Masters.  Think I could handle golf if it wasn’t for the endless commentary.  Maybe it was the azaleas that drew me.


Staying in a hotel means a hot shower isn’t possible.  Think a waiver could be made available.  I will sign stating I won’t take legal action should I accidentally scald myself.  Came squeaky clean with the hard-milled, carbolic-like soap.  Took the cup cake.  Frosting like congealed lard and a dry crumb.  Had a vision of melt-in-your-mouth buttery frosting;  far from it.  Water at $7.50 here, the Fijian a bargain at $3.50  Lots of guests buying their own from the Convenience next door. 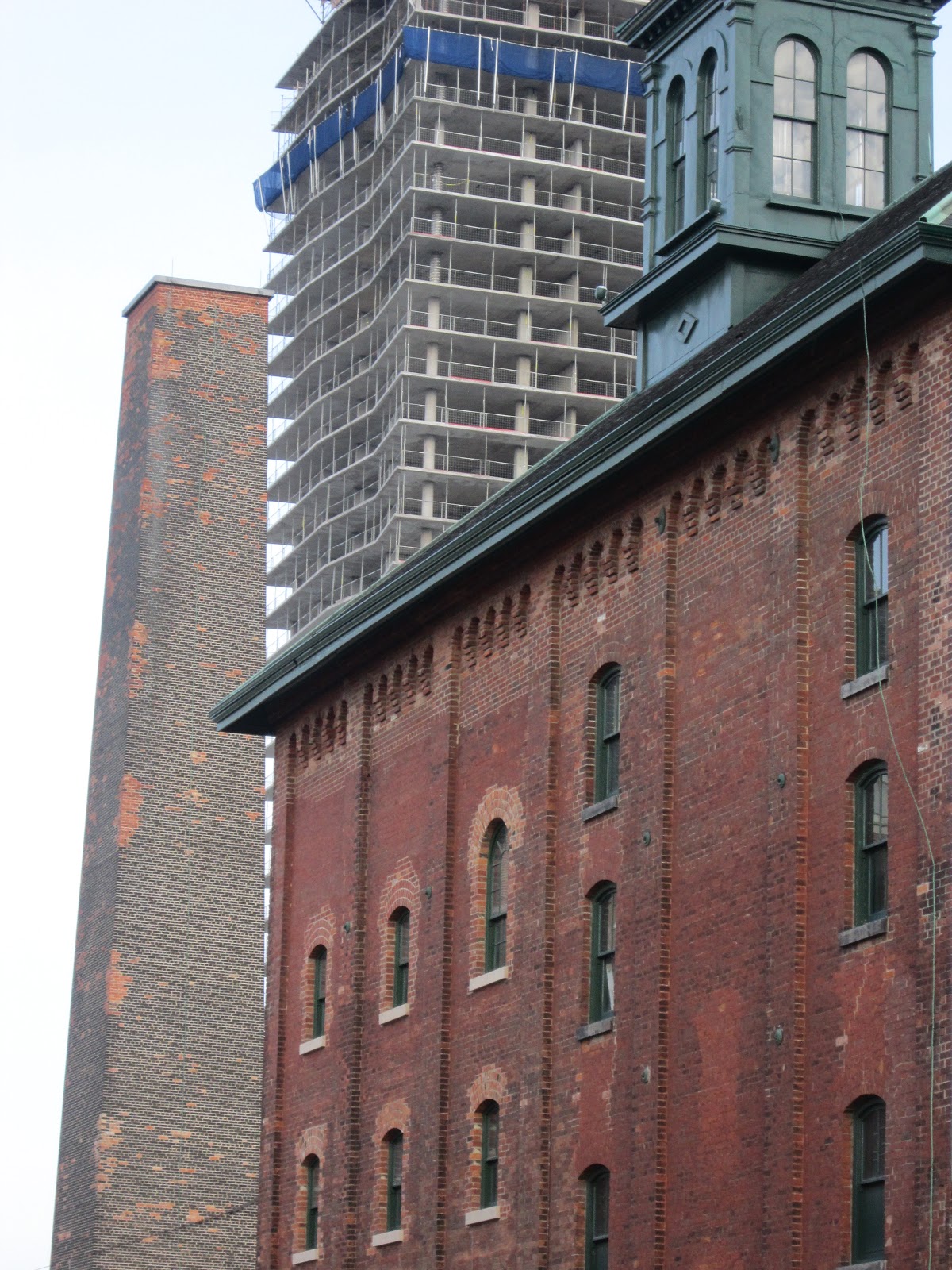 Over to the Distillery District.  Packed in like sardines at Soma.  Word must be getting out.  Took a spicy Mayan hot chocolate to ward off the cold.  I may or may not have purchased a truffle. (Note the sheen.) 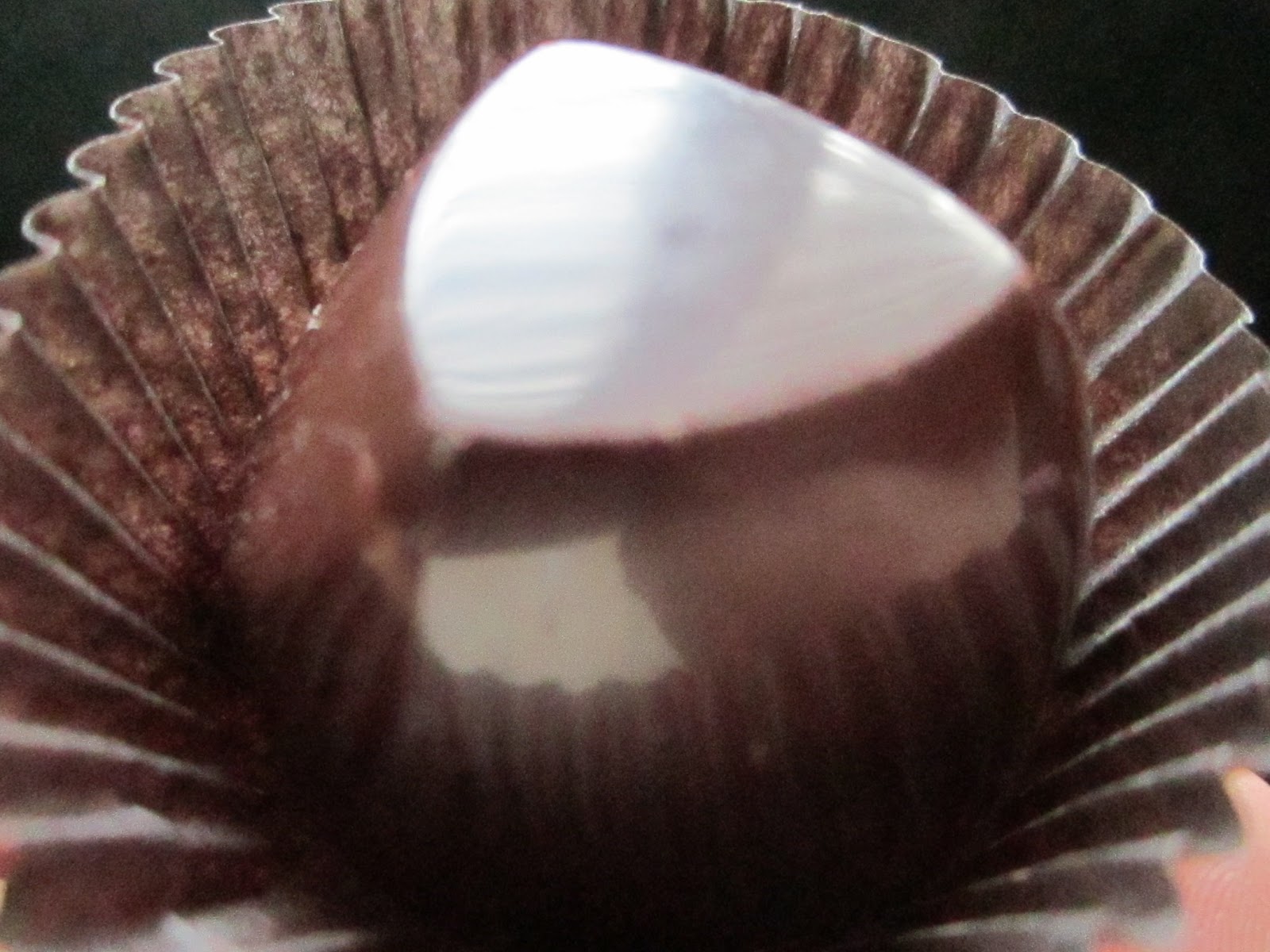 Curtain time at SOULPEPPER.  If all you know of Sam Shepard is The Right Stuff, I suggest you find some time to see True West.  Mike Ross and Stewart Hughes star, respectively, as a writer and wayward brother of questionable repute who share some time together house sitting for Mom.  Really enjoyed the play’s twists.  “I’m watching the toast!”

Interesting audience.  Reminder that fashion and style are two different things.  Puffy coat to my left who needed lots of arm room.  To my right, a woman who must have taken hours to get ready.  The hair, the manicure, the makeup.  I envy anyone who has that much time in the day.  No intermission; kept watch on the pair in the upper balcony who were clearly enjoying the play. Lots of butter fingers tonight and two cellphones went off.  One ,at a critical point in the play. How many reminders do you need to turn off the phone??? 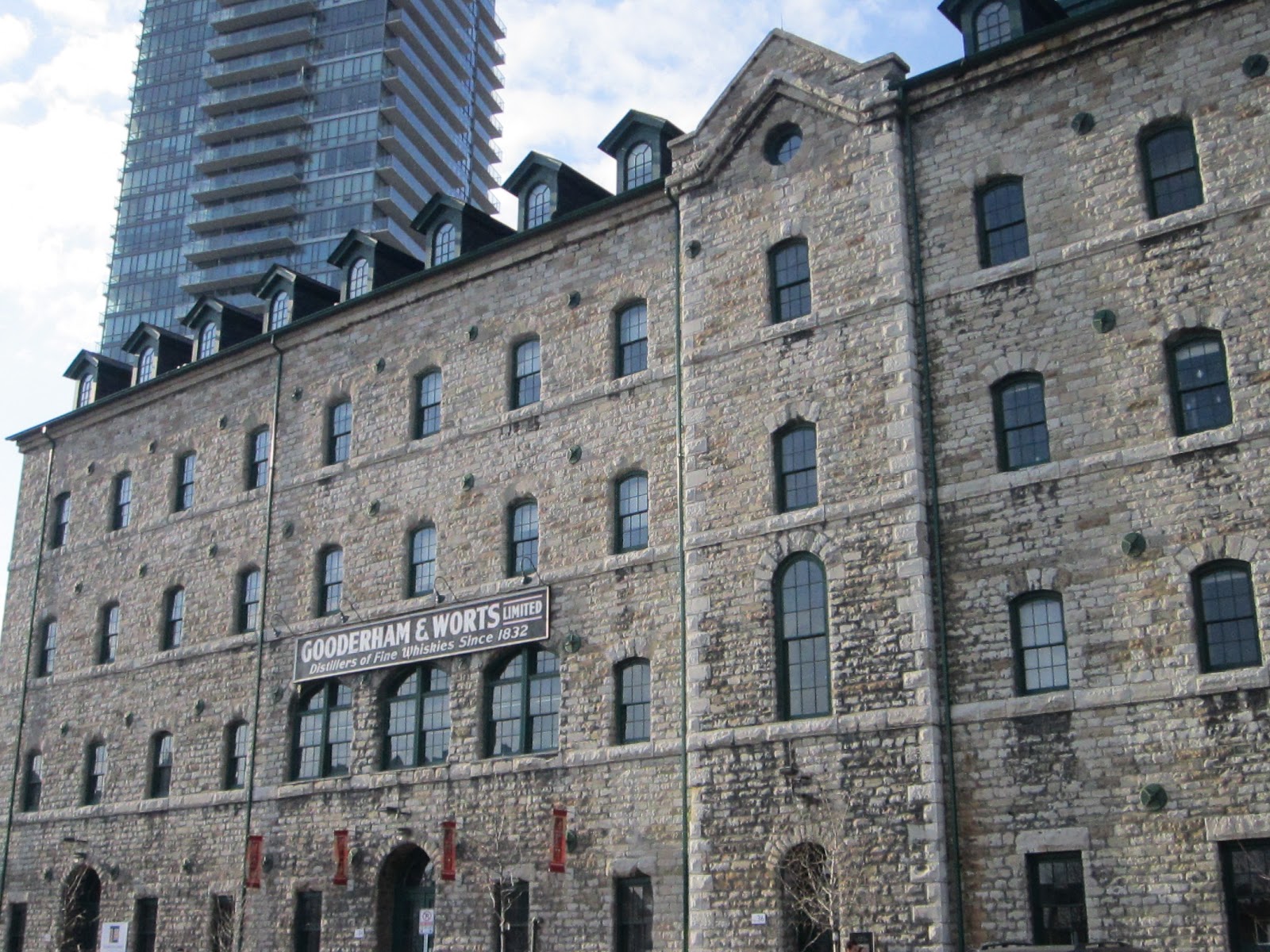 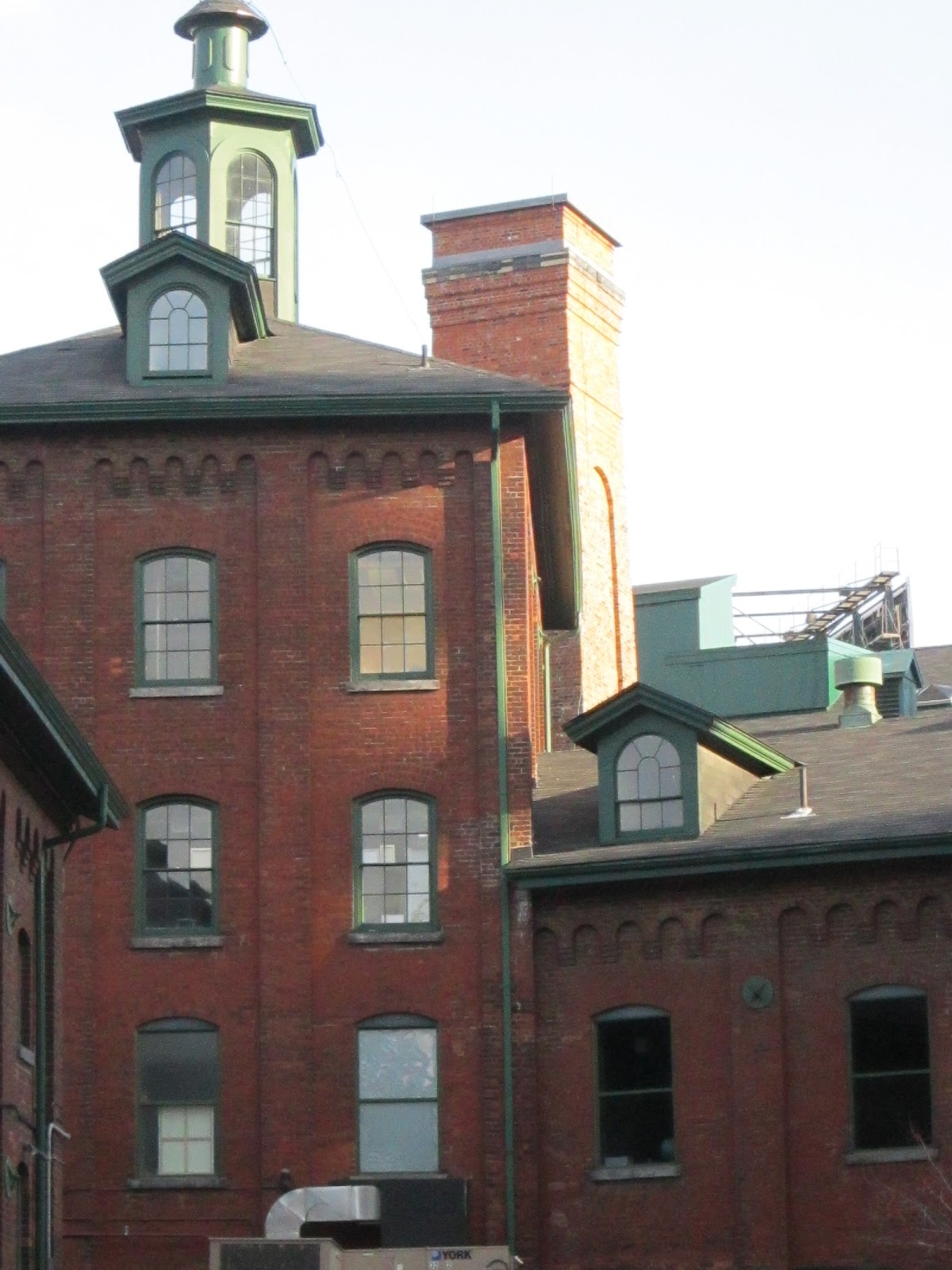 Weather had turned with rain and cold; felt the ache start across the shoulders.  John Carpenter’s The Thing was playing.  1982, I think.  Alien on Earth.  Always enjoy this and good to see Kurt Russell before he was doing the comedies with Ms. Hawn.  And if anyone knows the name of the movie where he plays a serial killer out in the desert, let me know.  Great music(Mahler?). Was it Russell??  Funny to watch the credits-“Soundtrack available on RCA records and tapes.”  Surrounded by restaurants and bars but went with room service.  New chef I’m told; it was very good food.  Leek and Potato Soup and Chicken Panini.  High hopes for the cheese scone, tommorrow.  Will it disappoint?


Next time- Spending the afternoon with Patti Smith, Florentine art and getting lost in Liberty Village.