We must be strong at funerals, but learn to weep in Art Galleries.
Robert Hughes

Having never finished my PhD, I was unable to get control of the hotel heating system.  Eventually settled for shutting the thing down altogether.  Don't think there was much chance in getting above 22C at this time of year, anyway. (May I paraphrase Woody Allen here?  "The thing about PhD's is that you can be absolutely brilliant and have no idea what's going on.")

Fired up the coffee and opened the boxed pastry.  The scone survived the night and I gave it a seven.  The almond tart was, thankfully, an improvement on yesterday's cupcake.  Very moist.  But where was the cup and saucer?  Found only two Styrofoam cups.  It's presentation, you see. Lots of activity in the apartments across the road, but a quiet street otherwise.

Decided on a hot bath.  Well, a warm bath which isn't the same thing at all.  My bath bomb did not "fizz". (I will say there was a fine selection of toiletries.)  Room checkout at noon which is a very civilized time.

Thatcher Years recap on The Sunday Edition; the resignation in particular.  Funeral today which I believe went as well as things like this can.  Billy Bragg touring Canada this past week and he was sought out for his two cents on multiple CBC Radio guest spots. The Pater is always fond of talking about North Sea Oil as Thatcher's legacy.

Tour of the neighbourhood in search of Closed Doors before heading over to the AGO.  Nicholas Hoare Books closed their doors on Easter Monday so there was only the shell of the building to look at.  Meandered up Church into North Toronto and back down through Rosedale. 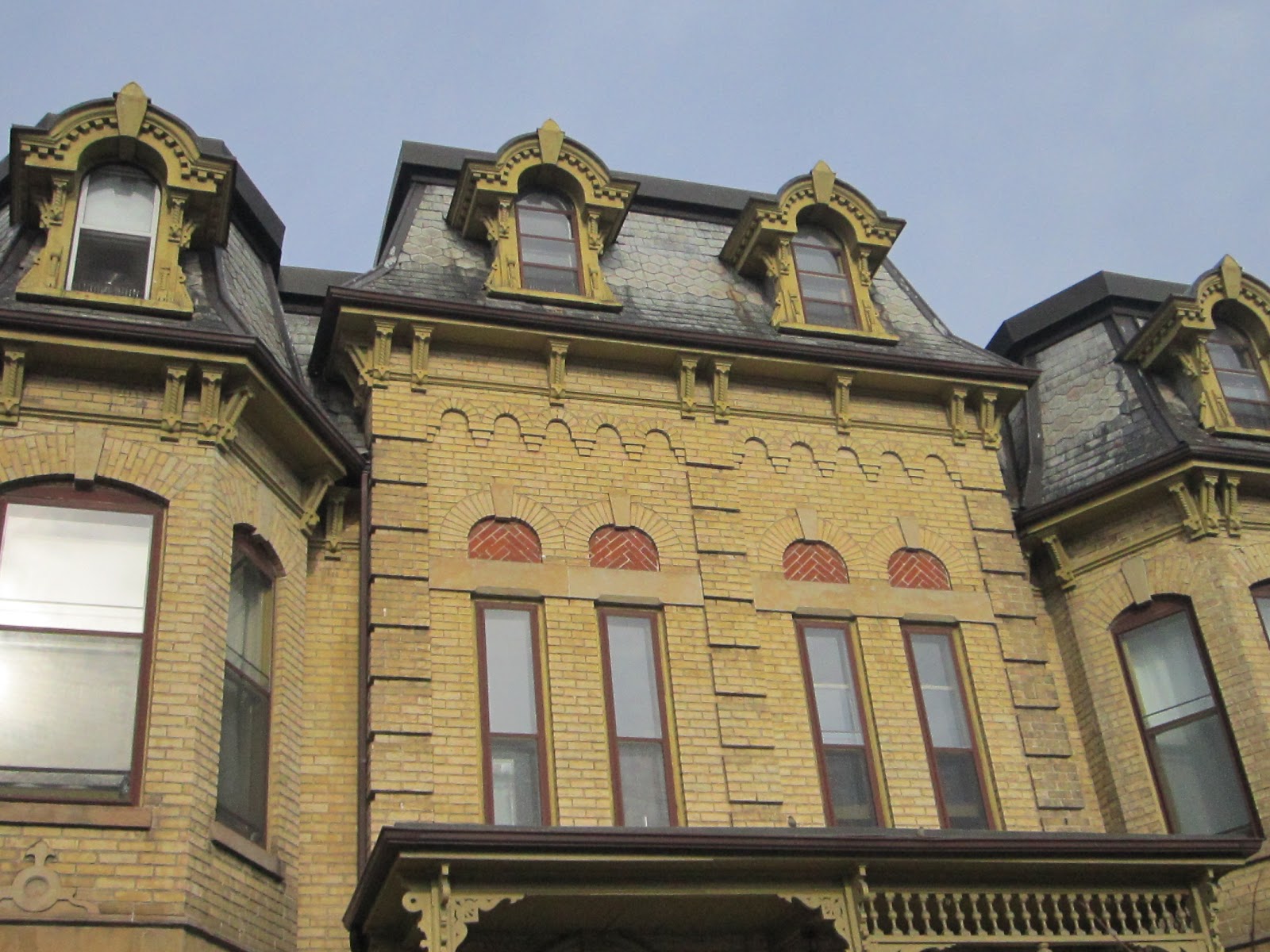 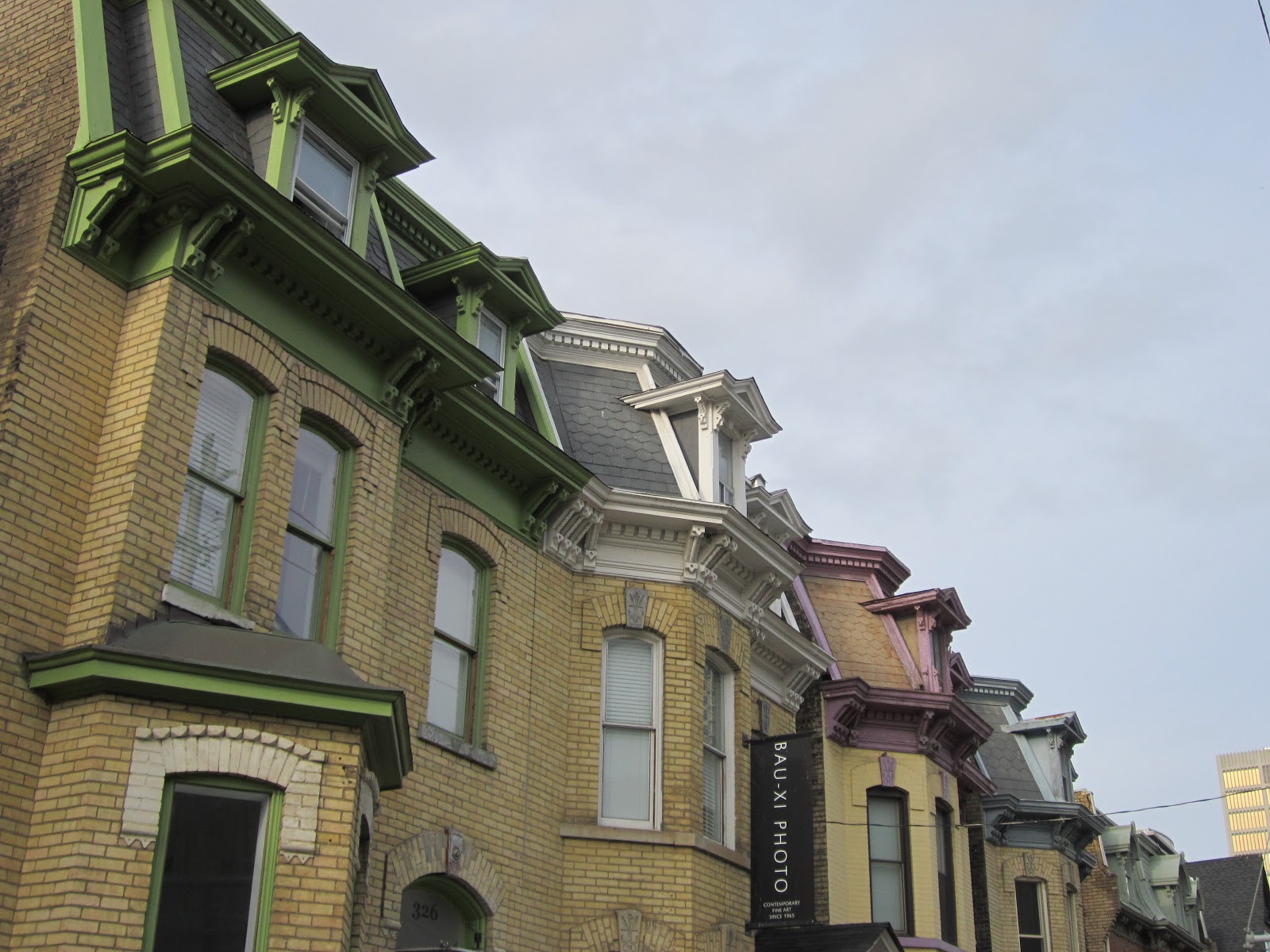 Driving along College; realize I need Dundas.  Took a London Fog at Orange Alert which is run by a very obliging family and would recommend this for your next visit.  There is a rug hooking and letter of gratitude on the wall sent by a grateful patron who took refuge there while, if I remember correctly, her child was at Sick Kids.

A woman was drumming on the Henry Moore sculpture outside the AGO.  It was more like a 'let me in' kind of drumming.  Skateboarders like to use the piece for a ramp.  No line ups so decided to take in the Florentine Renaissance exhibit.  Favourite painting is A Crowned Virgin Martyr by Daddi.  Apparently, St. Catherine was beheaded for refusing to worship idols. 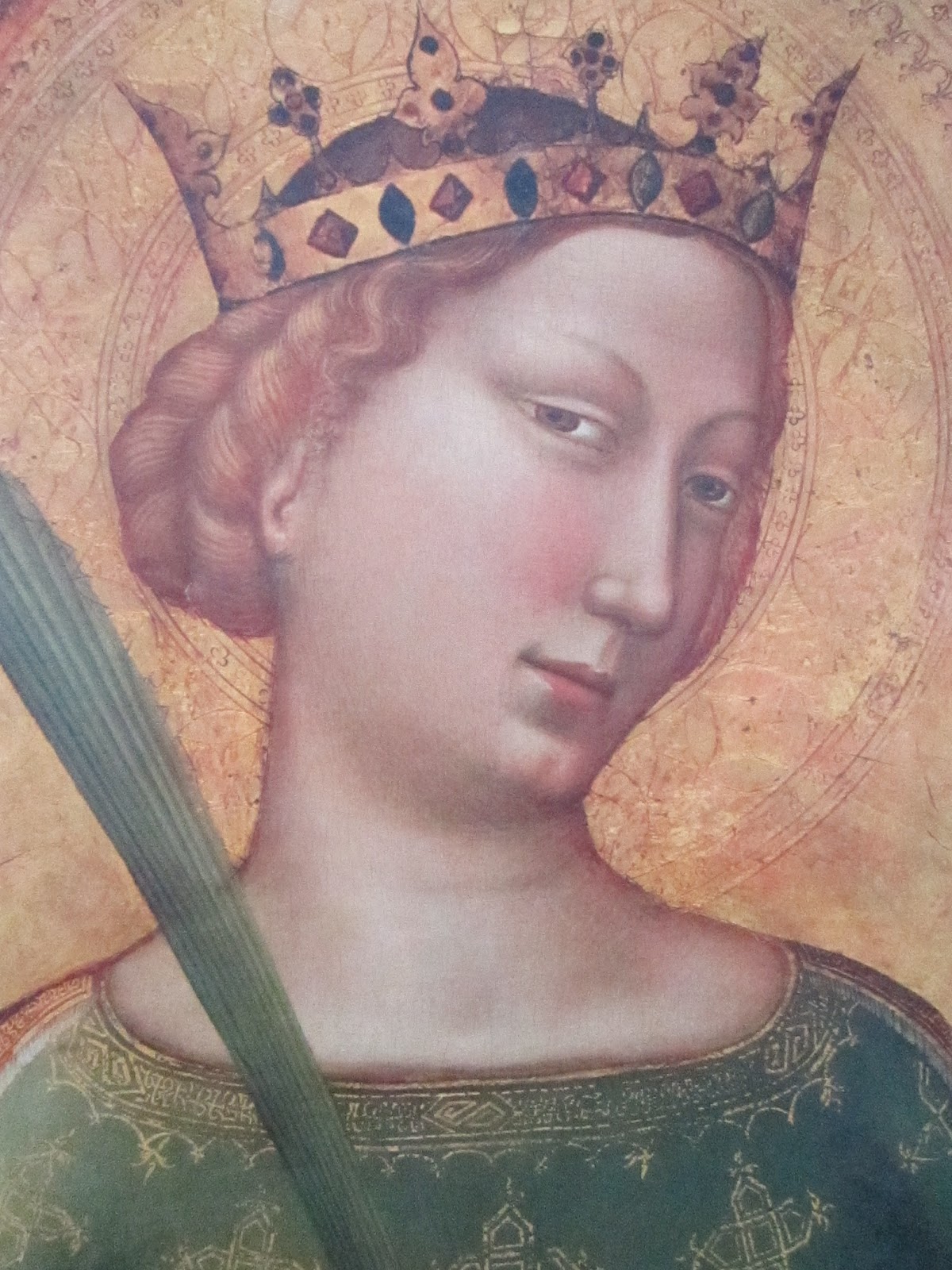 Lots of 'Jesus on the Cross' depictions where the blood bursts from Christ's body like something from a Python film. It never just seeps.  Bonaguida was another prolific painter who produced one of the most bizarre depictions of Christ.  In one painting it looks more like a balding, overweight, 50-something in the arms of Mary.

The crowds appeared but I shall spare you all a rant on Sheep today.  Moved on to the Patti Smith exhibit.  Love the black and white photography.  She likes headstones, too.  Smith seems to collect everything-a stone from the river where Virginia Woolf killed herself; Pope Benedict XV's shoes from 1920.

"Oh, don't give me L.A.!" she said to her companion across the table.
Took respite in The Grange. Wasn't in the mood to listen to the LA Story so found a spot 'round the corner. Very nice building. Asparagus Soup and Brie & Fig on brioche. Tempted to ask where they were getting fresh asparagus this time of year. The menu did state they sourced local produce, but I don't think asparagus is up. Unlike the cafeteria, you won't find muffins here. It's like a old English gentlemen's club (it is for AGO Members only) in that it's very hush hush and you feel rather self conscious rustling your newspaper. Naturally I dropped my notepad on the floor. THUD. Took a gander at The National Post. Reminder that I must get my taxes done. Bonnie Stern with a recipe that closely resembles last night's dinner~Potato and Arugula soup. Stern was in raptures over arugula sprouts.

View from my comfy chair... 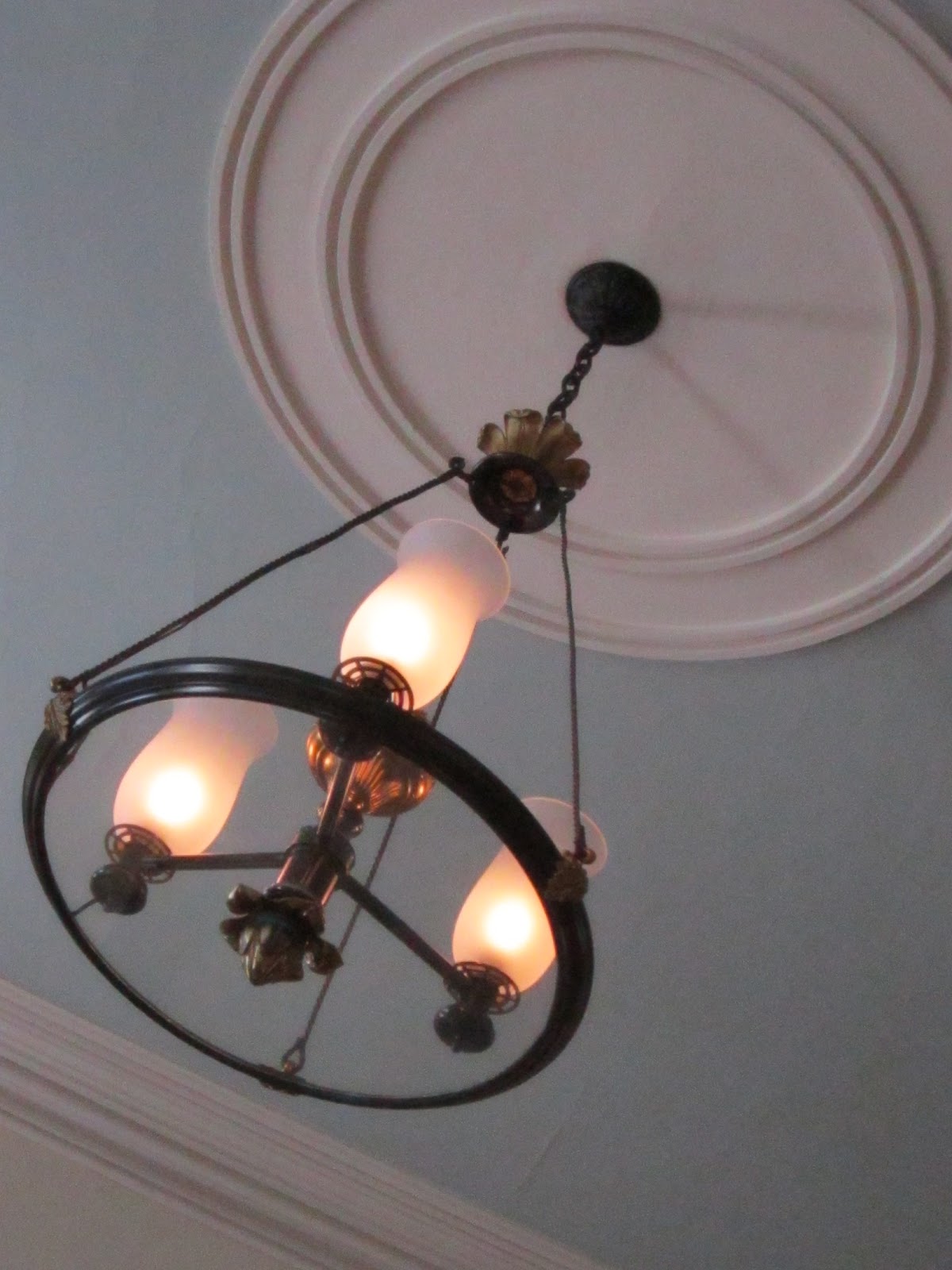 Finished up the day with The European collection and the Thompson Snuff bottles.
Now where did I park the car?

Doubled back East to take some pictures and took King West to track down a tea-based cocktail bar who's name escapes me now.  Needless to say you have to be on foot in this part of town.  One restaurant after another.

Meandered into Liberty Village.  One condominium after another. Good to see reuse instead of new build. Had to drive around twice.  The traffic was appalling and there's actually a bus route even though the roads are not big enough to accommodate them. 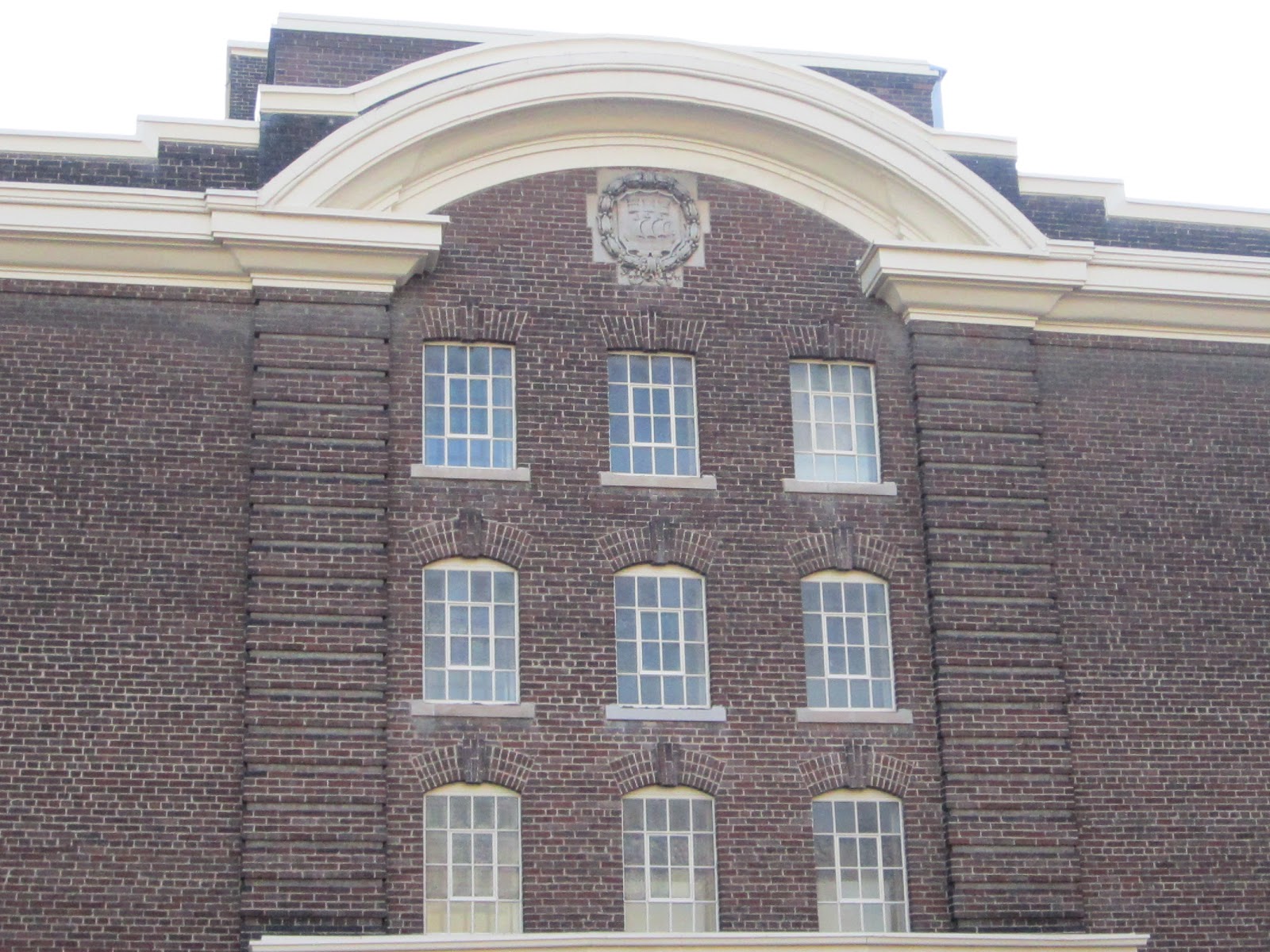 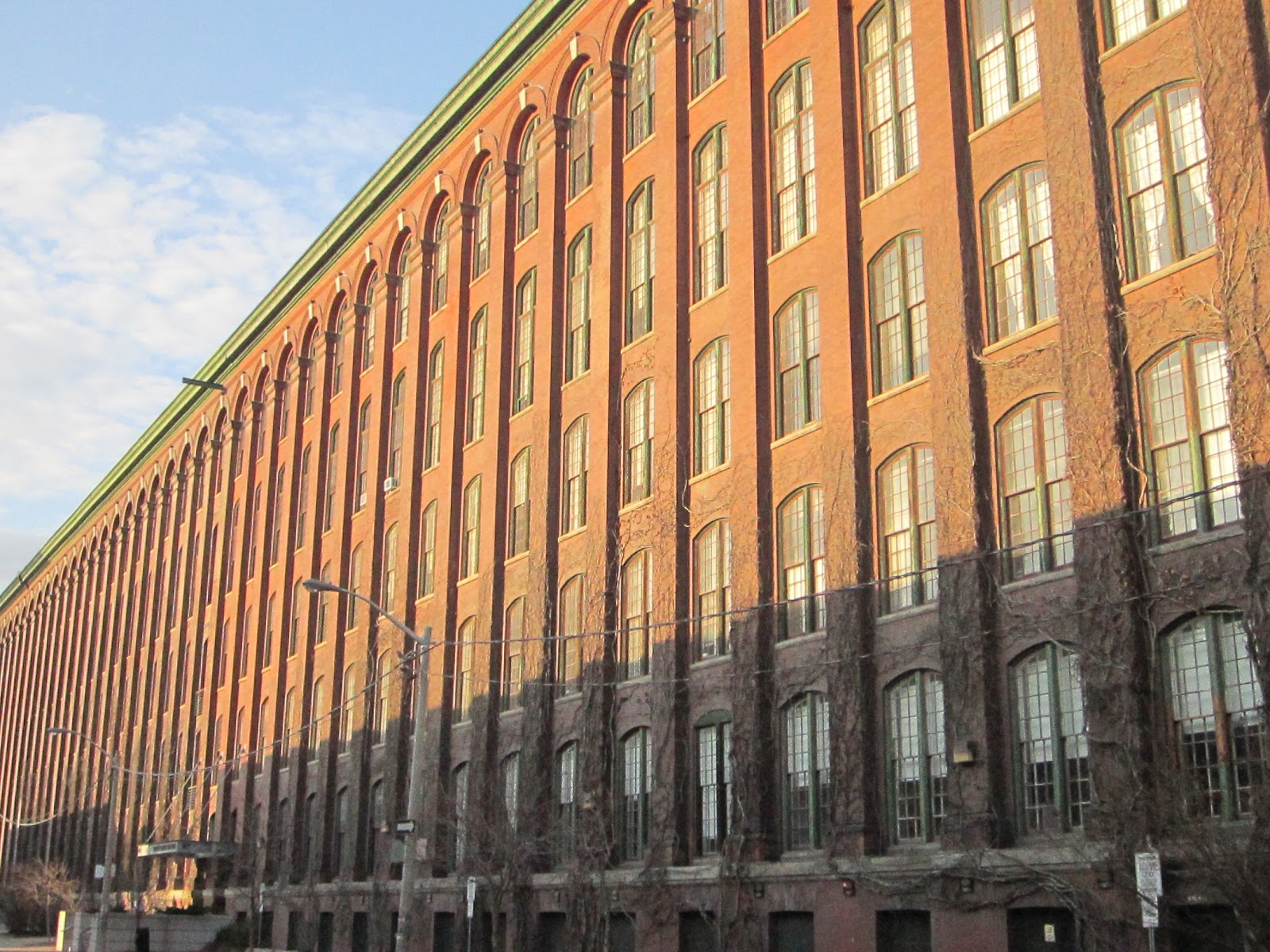 Found the fifth Balzac's coffee house.  One of six locations, owned by a woman based in Hamilton.  Unlike your chain coffee shops, each Balzac's is unique in appearance.  Unfortunately, parking comes at a price.  Even here, you have to feed a meter.
﻿ 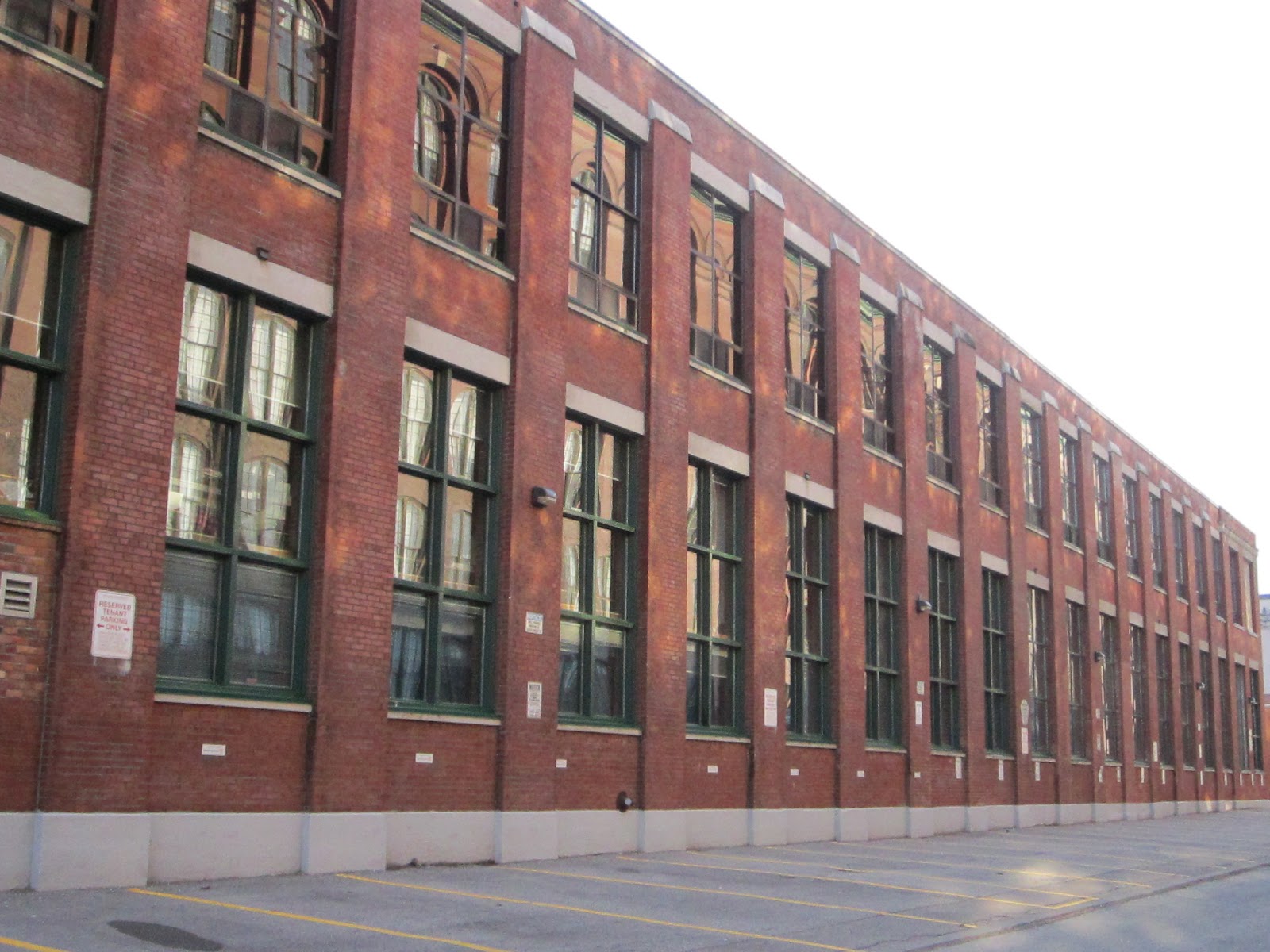 A very Anglo looking building.  The windows are a give-away.
﻿
﻿ 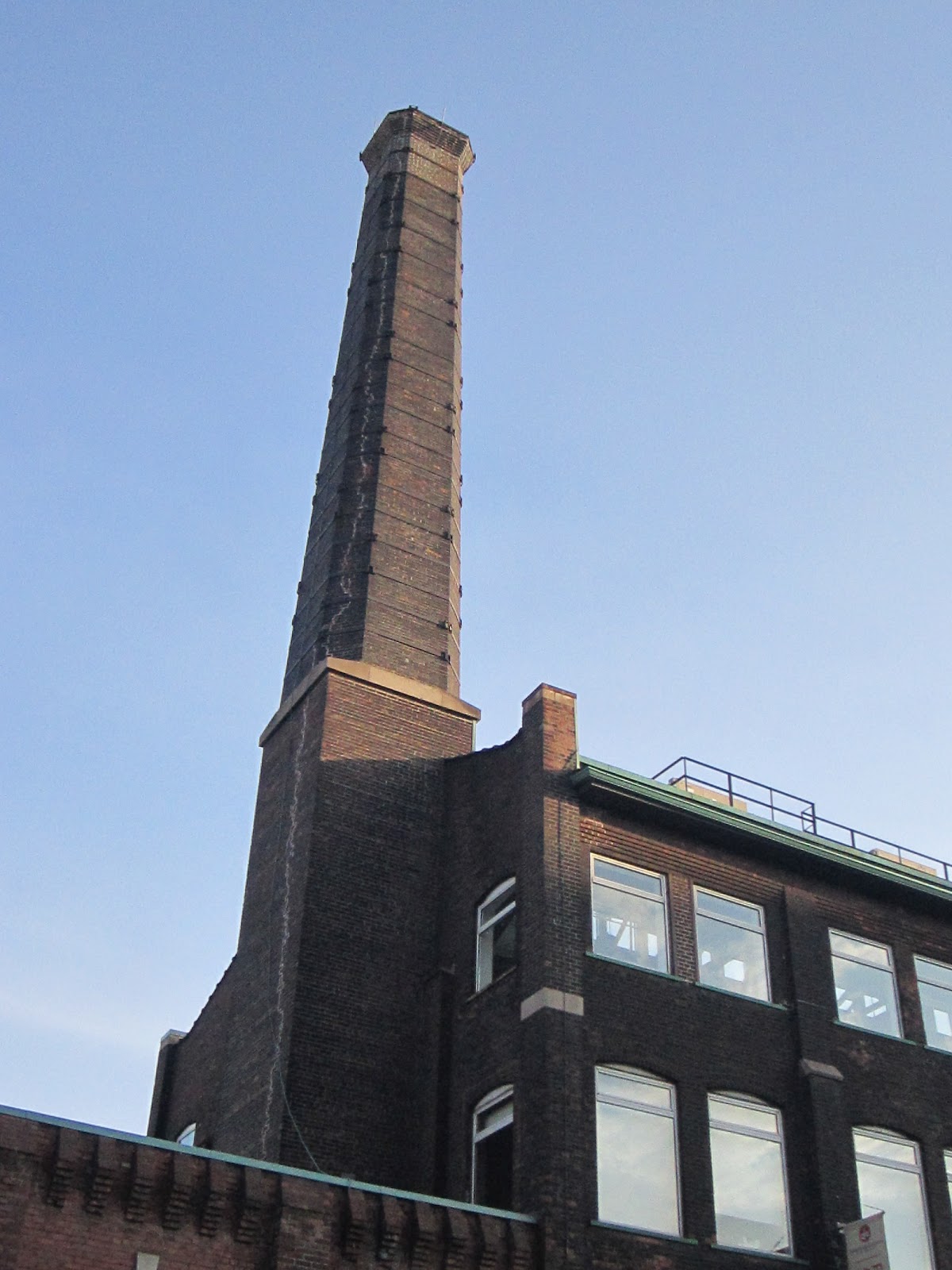 Twelve miles on my pedometer. Not bad.
Time to head home.  Sun low enough in the sky to make it a challenging drive West.
Have to find my way out of the Village first!
Until next time.
﻿