Easter Is For Atheists, Too.

Two? Two?  We've got one hundred and fifty people coming and Jesus isn't one of them.
Lockwood~ A Private Function.


Great line from Alan Bennet.  Rationing on, the prized pig has gone missing and there's a possibility of two turkeys in Bradford.
Easter week began not with the Papal Mass and parading of the ceremonial frond but with the Story of Jesus as told through dough (see March 25th). Got a laugh out of this one. Every time you think a blog post will generate a certain volume of traffic/comments, it doesn’t and vice versa. (Sometimes, no matter the effort, there is no response forthcoming.) I tend to ruminate and then the moment has gone.  Back40feet has the right idea.  He publishes, en masse, at the end of the week, well after everyone’s read the post.  No need to respond then.  But it's not very engaging, is it? Of course, Back40 is a prolific tweeter. Come to the conclusion that the cell phone would be a bad idea for me-I’d start tweeting and then where would we be?  I’d have to retire to manage my time. Wondering if the Russians took the Easter holidays to go and visit someone else’s blog. The Chinese certainly didn’t. 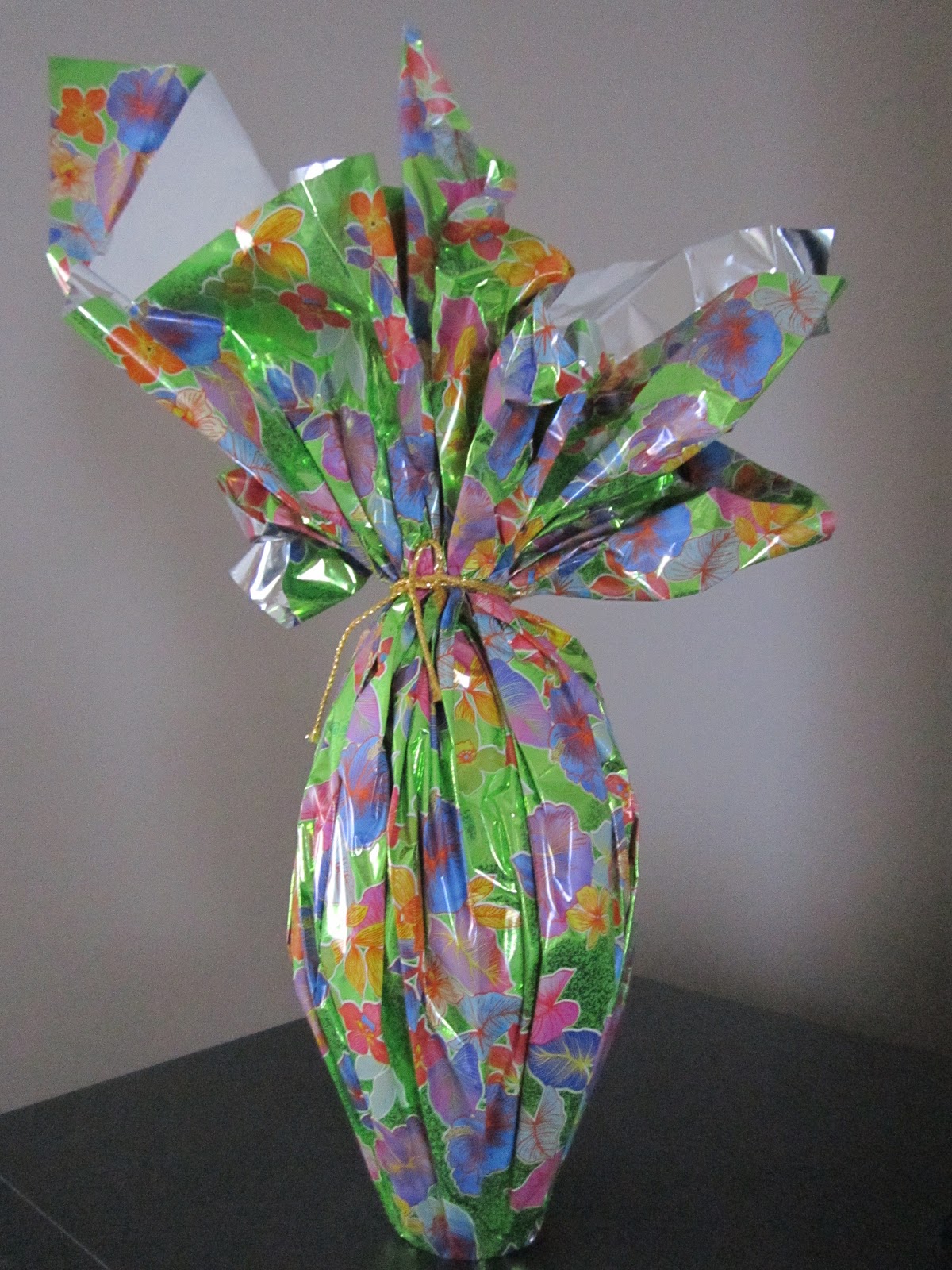 Picked up a Cadbury’s cream egg early week.  There has to be a reason the price isn’t higher.  Time to find out.  They’ve tinkered with the formulation and this is not the egg of my early, formative years.  Rather disappointed with the taste and texture and don’t think I’ll be buying another. Unfortunate, because I was really looking forward to it.  The Pater’s goose sized egg had been on the table for over two weeks now.  I was patiently waiting for Easter Sunday.  This is a Kinder Surprise on a large scale.  What did we find inside but a bowling alley!  Learned that Kinder is banned in the USA.  People are smuggling them in and face fines of $2500. You’re left to literally play chicken with this egg to ensure safe passage to the other side. 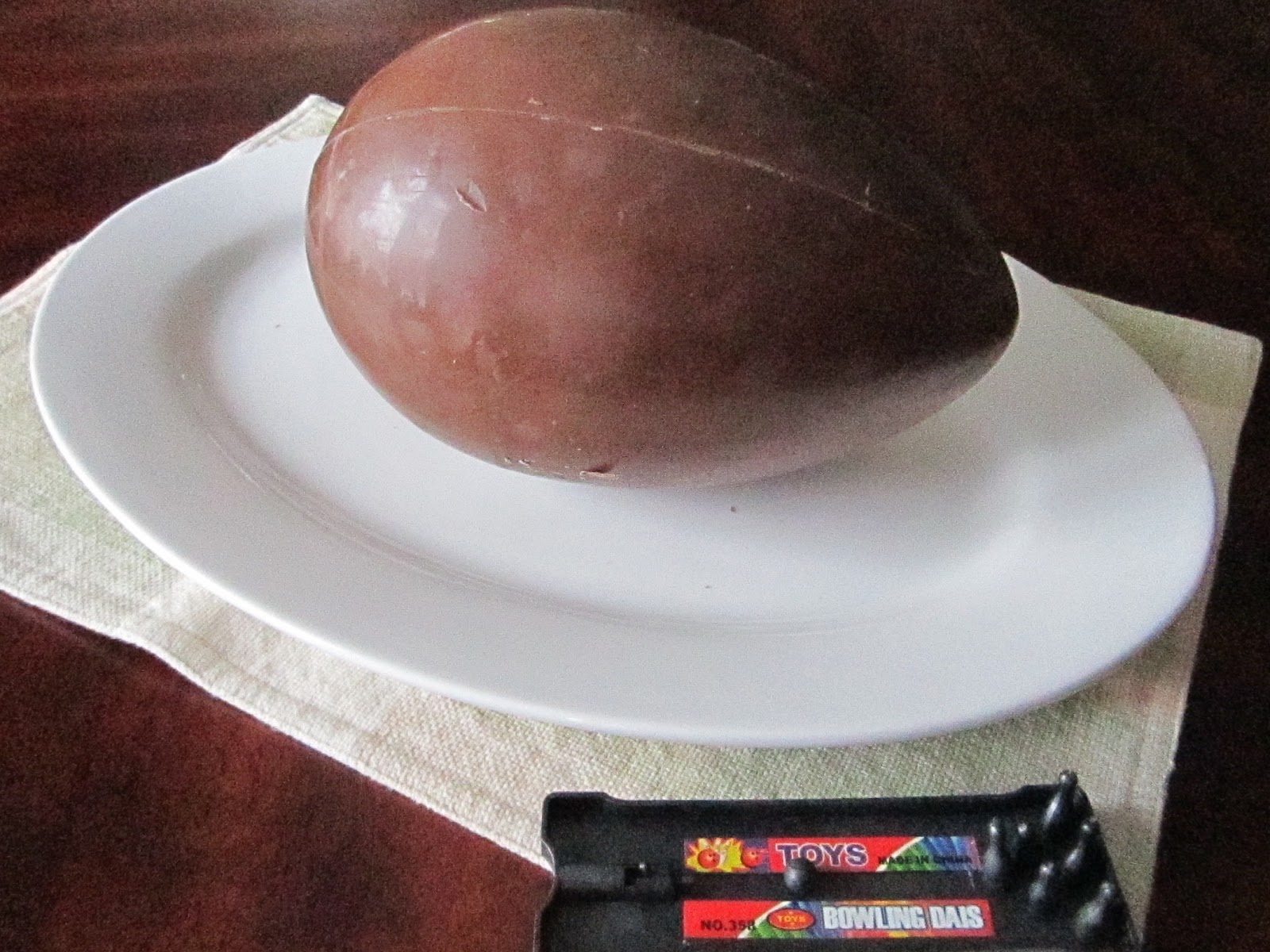 Took a leisurely start to Good Friday. Thursday didn’t drag as much as I thought it would-Vinyl Café stories helping things along “…giving in to the siren call of love…corn on the cob.” Ah, food. Squared away the second stage of Spring cleaning.  Unearthed leg warmers from twenty five years ago(do you have to be on the stage to get away with wearing leg warmers today?), my prized purple North Star running shoes and more painting. I now have three fully functioning rooms and nearing completion on the “office”.

Sad news from the UK Friday AM-Richard Griffiths has died.  Withnail and I and A Private Function are never out of steady rotation at the house. I enjoyed Pie In The Sky which ran on our local PBS for years. Ghomeshi in New York. He’s here in Hamilton on April 2, but, seats are sold out. This is his second visit to the city and the second time I’ve missed him.
Back to the leg warmers.   Great story from Dan Hill on his wardrobe, circa 1972.  He was on stage clad in pink tights and loin cloth in a cross between (in his words) Liberace and Tiny Tim.  Mortified to find his parents in the audience.  It did wonders for his relationship with his father, though.

The Robin finally made an appearance on Thursday morning.  Long time coming.  Daffs at 3.5” and the near two hundred new tulips survived my arch nemesis, the squirrel. 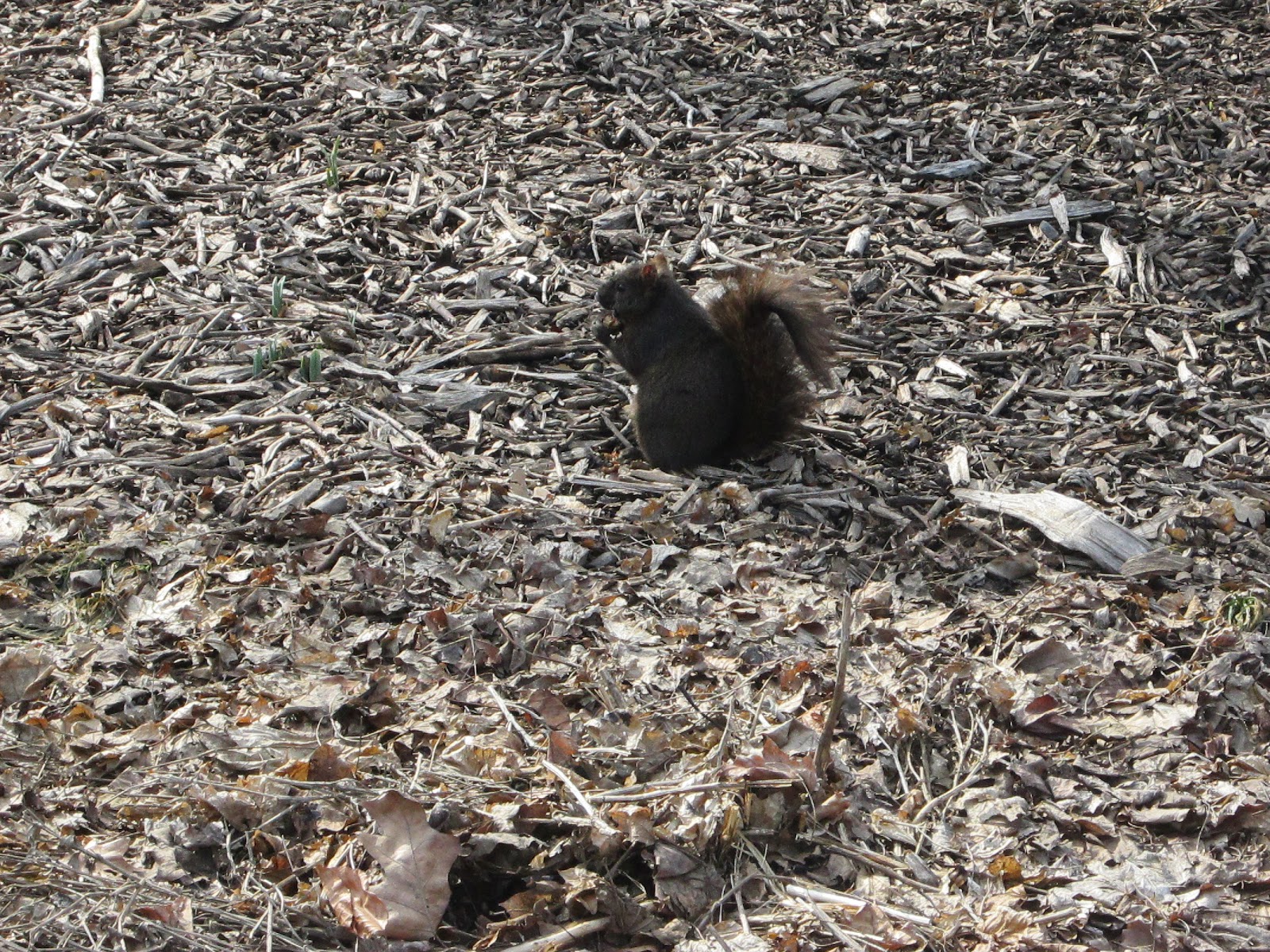 Ah, the four day work week.  By 8AM Monday, I was ready for Good Friday. Christmas break seems so long ago. (We are eight weeks away from our Victoria Day long weekend, if you are counting.)  Easter menu planning began in earnest two weeks prior and the courses discussed to the nth degree. A fine repast of international flavours-the Martini(of course), Italian antipasto, Scottish leek and potato soup, New Zealand lamb with a Merlot glaze, Swiss chocolate mousse and an old English recipe called Poor Knights of Windsor.  Topped off with a little fromage bleu. 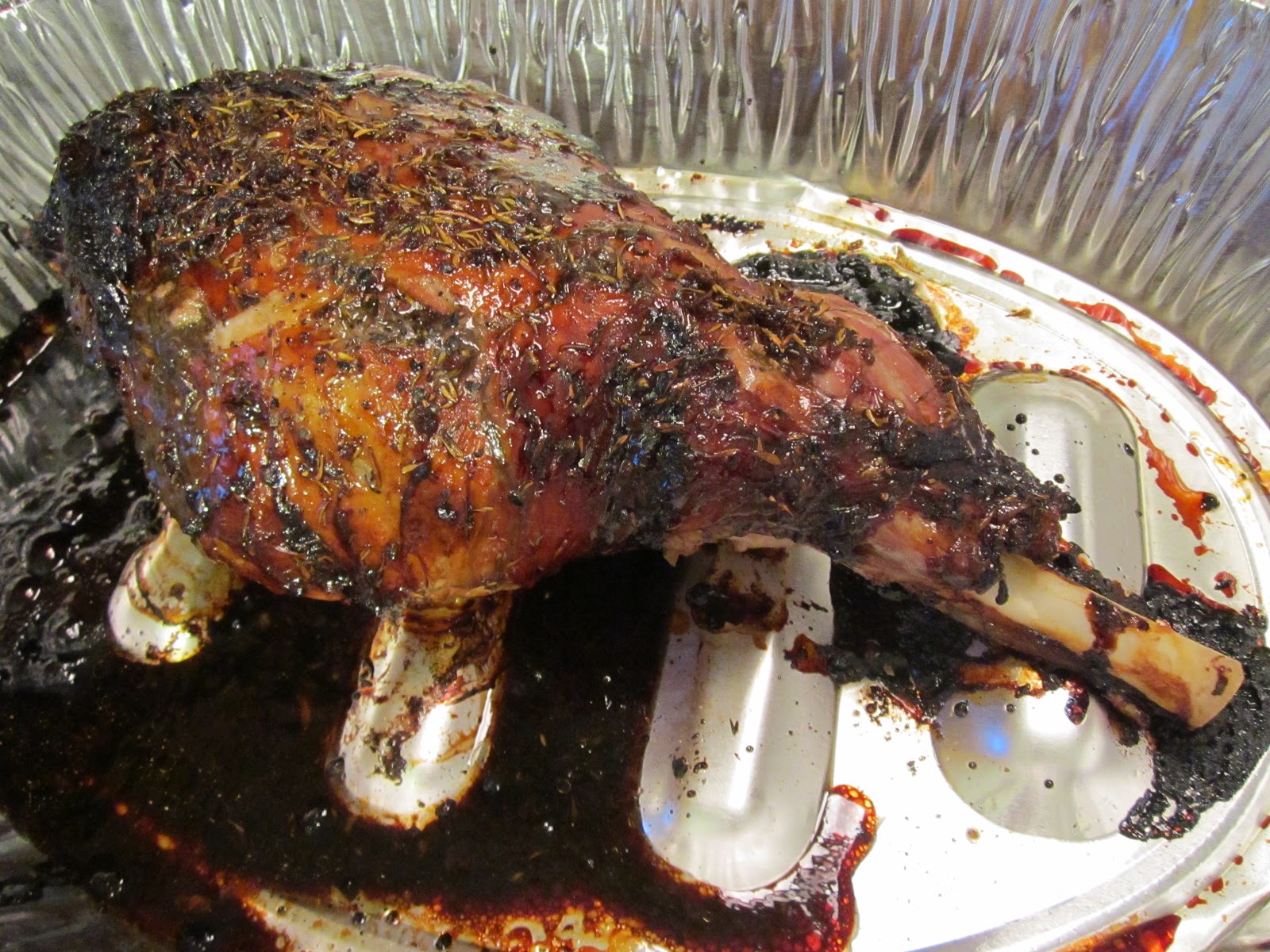 The Pater decided on lamb and (just like the pork tenderloin) fretted needlessly.  It turned out rather well.  Deviating from the traditional roasts of pork and beef can be a bit daunting for some.  I believe “comfortable groove” was how the approach to beef was regarded.  But hey, sometimes the other bins in the Butcher’s shop cry out for attention.  Went with a simple mousse and while the purists balked at the recipe,  it turned out well (even though I dropped the finished product).  Fortunately, I’d boxed it up and it survived with just a slight shift in the glass, however, I wanted to take a picture of the fait accompli.  Picture if you will, a nest of cream and brightly coloured eggs for garnish.  We’ll have none of that healthy fruit and mint sprig here.


It’s a bit of an experiment getting caffeine into the system nigh on 10 PM.  I’ve always maintained you should never rush a meal and if that means finishing close to midnight, then so be it.   Fiona Bruce in her dresses and boots?  It must be holiday time.  Yes, the post Good Friday wind down. Ms. Bruce was in my living room at Xmas, too. Great British Castles.  This time it was Da Vinci-The Last Supper and the “newly”authenticated painting which looks rather interesting.  The soulful eyes-very nicely done.   I could not resist a peek at Storage Wars.  Yes, it’s all produced, but, I do get a kick out of Barry. Bonanza week for Toronto mayor, Rob Ford. Sexual Assault charges, then drunk & disorderly and now calling in to a talk show to give his two cents on the Kachkar trial; while the jury is in deliberation, no less.  What is going on in that mind of his?  His people maintain he has no issues but that if he did he would work them out in his own time. Caffeine subsiding and thought it wise to try and get some sleep.  Brunch awaits.


As always, Eggs Benedict with copious amounts of tea.  Sunny skies and big fluffy clouds.  (England under threat of snow, yet again.)  How did we know it was sunny? The duck was dancing. Yes, every home needs a solar powered dancing duck. At least someone decorated for Easter. 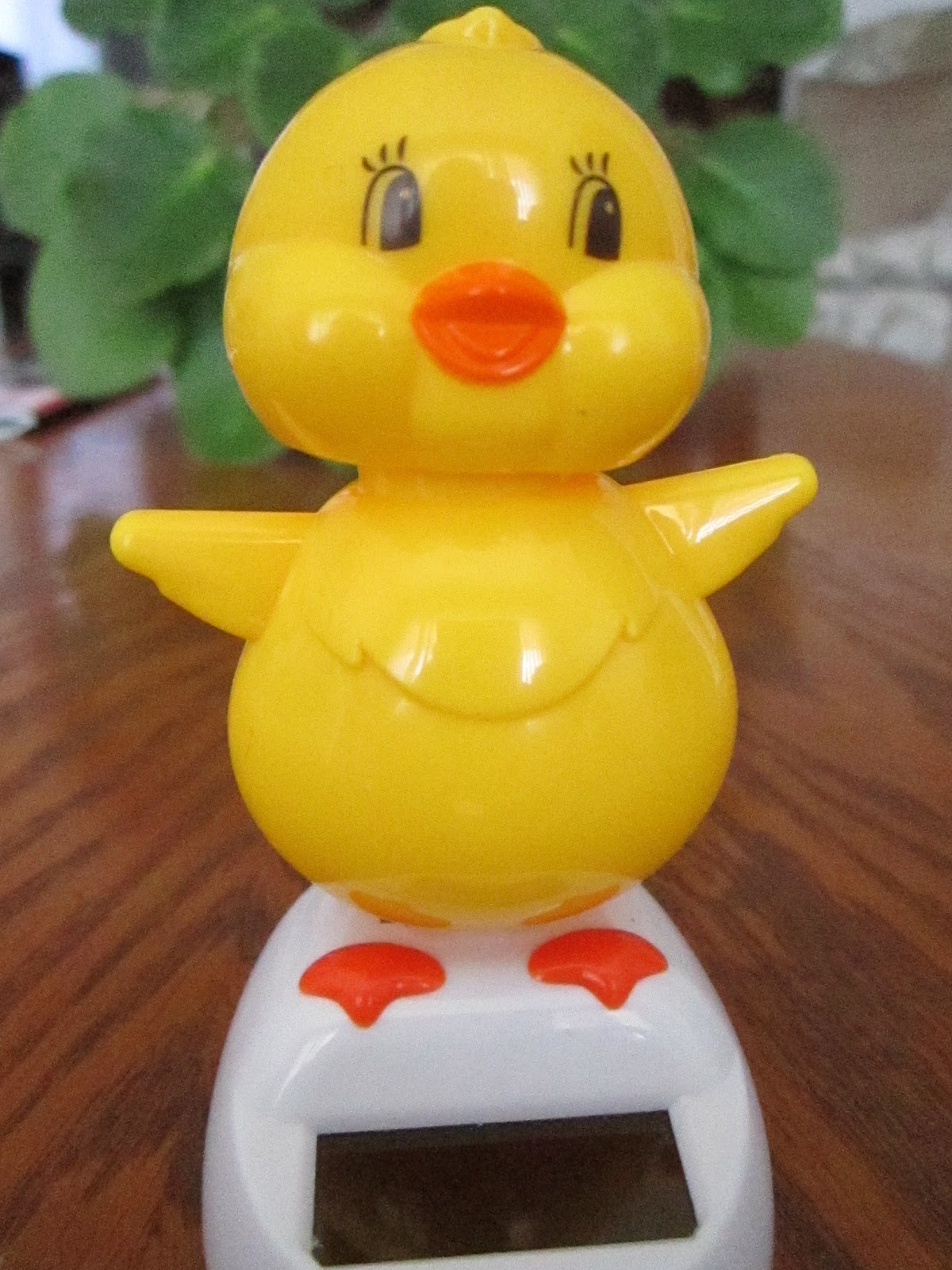 Eventually extricated myself from the table and here’s where the decision to actually get some exercise came in.  Good idea to burn off the cocktails, the wine and all that 35% cream. (I hope none of you opened up a can of Redi Whip this past weekend.)


Took in a little more of the Rail Trail.  Clearly hadn’t used some of the leg muscles since Zumba finished two weeks back.   I thought of Sir Ranulph Fiennes and his team. Needed inspiration for the last hike back to the car.  Fiennes started off on skis but has left it to his colleagues to finish the trek across the Antarctic in soon to be        (-40) and 24hr darkness.  So what’s two hours in brilliant sunshine?  Caught a little sun burn; the wrinkles are encroaching.  Hands like a ninety year old and now the face.  It’s the sun, not hormones, deary!  I shall be using putty before long.  Oh well, keeping up with some of the resolutions at least- longer distance hiking, getting some control over the spaces in the house and reading the books that were collecting dust.


On tap this week for Sunday Evening Wind Down is The Nobodies Album by Carolyn Parkhurst and finally getting into the short stories of Anthony Trollope.  Do love finding a mint condition used book amongst the scores of tatty second-handers. Now, if I found a tatty First Edition, well, that would be a different story.  And of course, just unearthed A Private Function.  Firing up the VCR as I write this.  What is my shelf life?  We don’t know and that is why we take the occasional cocktail and whip up the 35 % cream.  Because if we decline that slice of cake and the mortal coil is about to make a stranger of itself, at the very least we enjoyed a fine meal of lamb leg, wine, mousse and cheese amongst other things.
Looking at a veritable fast this week by contrast to the last three days.  I do have a week's supply of Easter egg to see me through.


Next time-In Defense of Brunch.