Did he or did he not see his shadow? 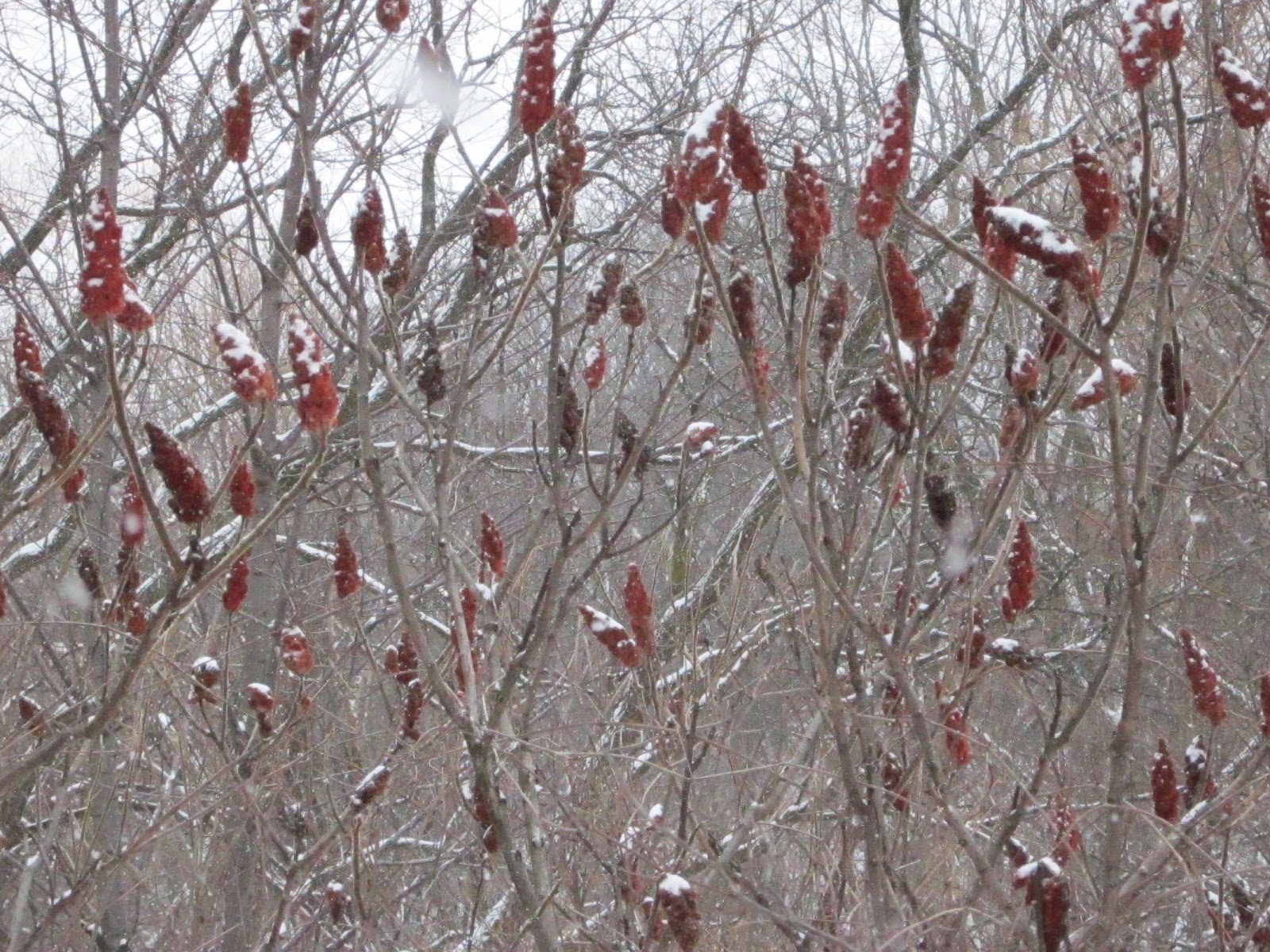 No consensus on the groundhog front.  Early Spring? Time will tell.


Spent the weekend trying to get rid of pennies. Today is the last day for the Canadian coin.  We are now rounding up or down. I’ve rolled many a penny over the years.  Hours of filling the little paper tubes and what do you have?  About $3.50 And so late Sunday afternoon in the grocery store, I carefully counted out pennies and offered them up to the clerk.

At this point we were in hour three of pre Super Bowl ramble. Shopping carts jammed with corn chips, guacamole and pepperette & cubed cheese trays. (Note to self:  clear office fridge of leftover Xmas pepperettes .)  I was the odd person out with vegetables and juice.  It’s always been a curiosity of mine as to why people eat when they watch television?  Same goes for movies.   The Sunday Edition had a piece with Malcom Gladwell in which he stated that all football fans are complicit in the suicides of players. Hmm.
I was still digesting Friday’s Thai.  Excellent meal at Miss Thailand in Stoney Creek.  They had the heat on in both the kitchen and dining room.  So nice to have a warm dining room.  Had lunch at The Vicar’s Vice, also in the Creek.  Vicar’s is a converted church with a cavernous, draughty dining room.  The food arrived tepid and got cold fast.  Vicar’s has been striving to be a Gastro-Pub for a few years but never quite got there.  The menu has been revamped  and it seems like they are well on their way to being able to use Gastro as a tag line.  Good carrot and maple soup.  Hot soup is a big deal for me.  Not many restaurants give you hot soup-fear of lawsuits a la Tim Hortons.   Excellent atmosphere at the Thai. Good satay, rolls, mango salad, green curry and spicy chicken.  Maybe a little too much heat in the curry.  It had been a while since I went with a spicy dish.  Very nice presentation.  Curry came in a porcelain lidded bowl and the sticky rice in a little lidded bamboo basket.
Sluggish start to Saturday (I blame the Thai).  The point in the week when you realize it’s the weekend-what a moment!  Not quite a fry up but close.  One egg in the house, week old mushrooms and bacon and a box of frozen pancakes.  “A box of frozen pancakes?”  you say.  Consider for a moment how many containers, pans and utensils for a couple of pancakes.  Sometimes we have to go the frozen route.  Cobbled together what turned out to be a good breakfast.  Paper read front to back-first time in four days.  Gary McHale defending his Queen’s Jubilee medal-I’m still not sure why he got one.  Time to clear the cobwebs.
Q graced Hamilton with its presence once again.  Ghomeshi was very positive about Hamilton describing us as a “victim of eons of misconception”.  Quite so.  The Widget Maker  is taking up residence in Hamilton-the North End in fact.  They are looking forward to the Harbourfront, the shops, the restaurants and so on.  I find this a very refreshing attitude.  Spread the word.
Set off in the falling snow-delay tactic on the chore front.    Like the North End, the East End receives its share of bashing . Everything looks spruced up with a dusting of snow, though. 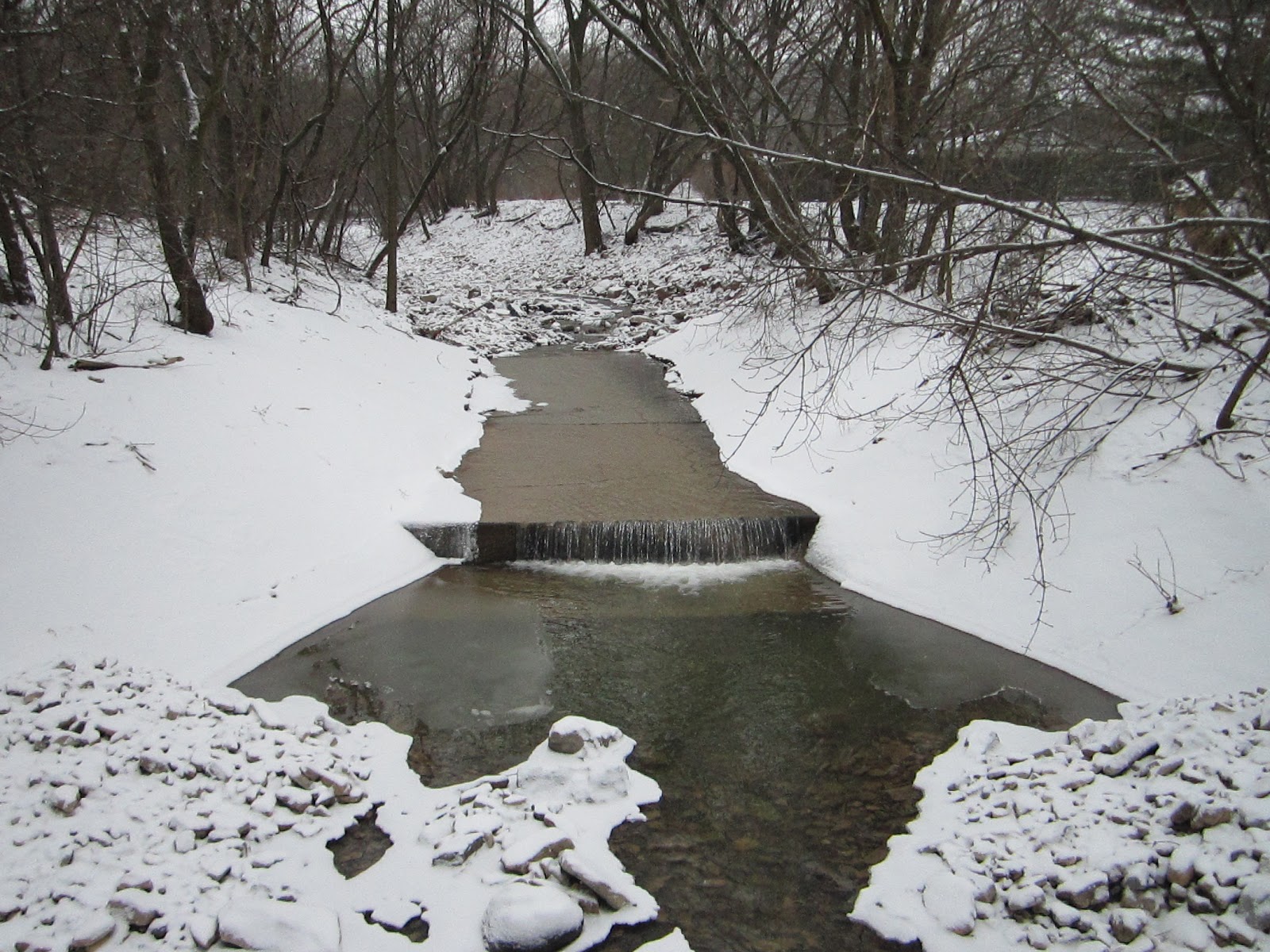 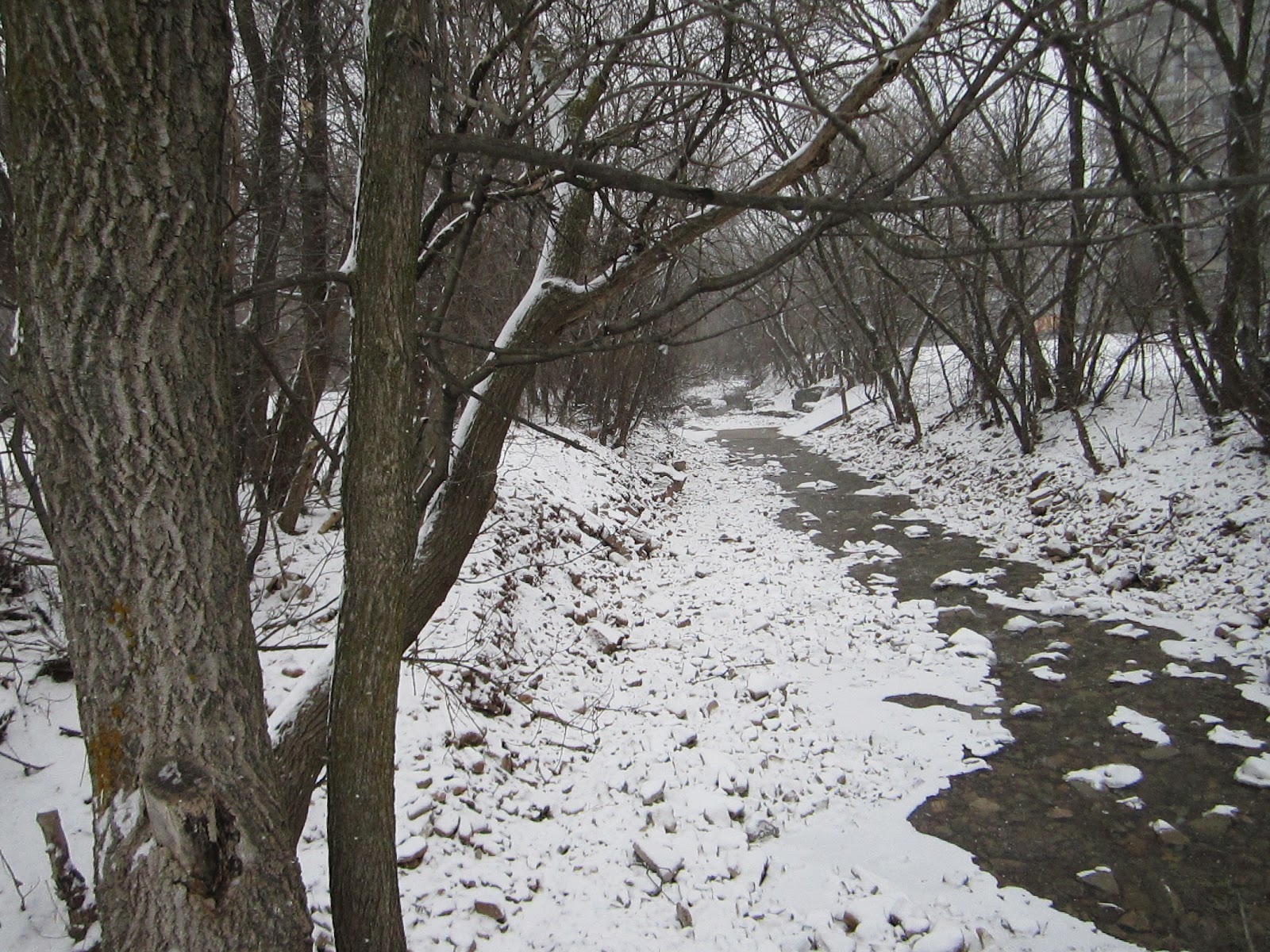 Stoney Creek and the battlefield grounds... 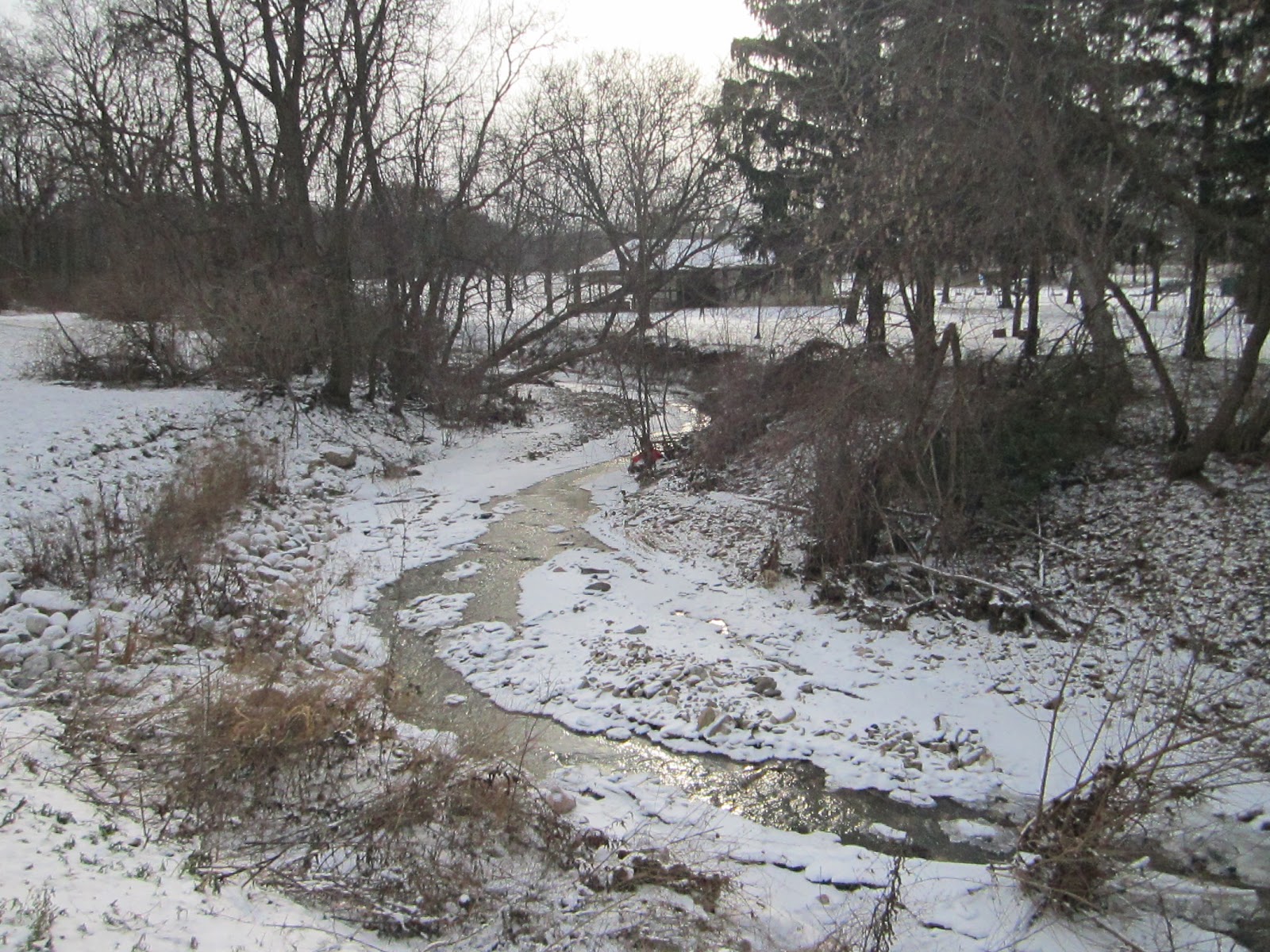 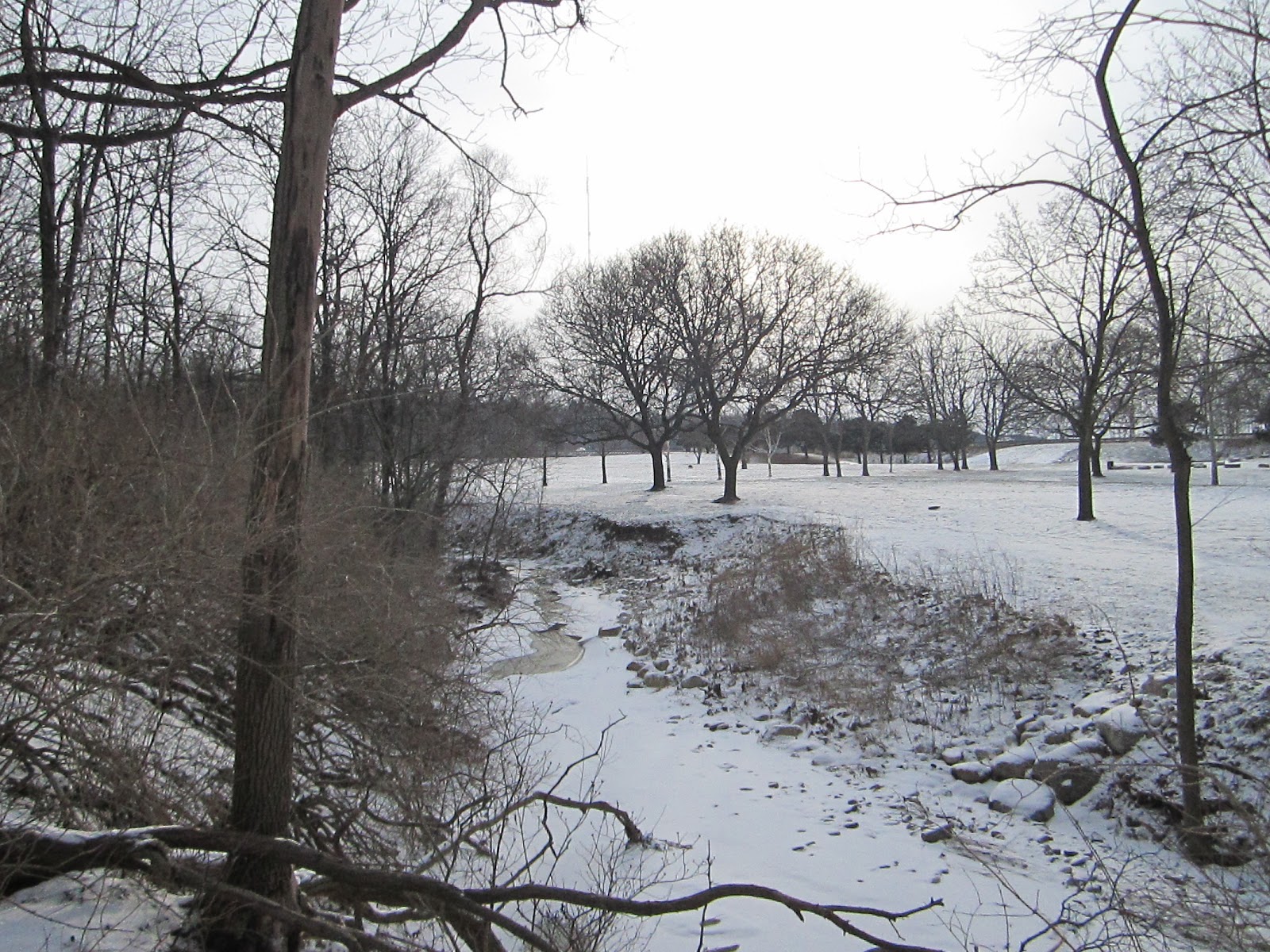 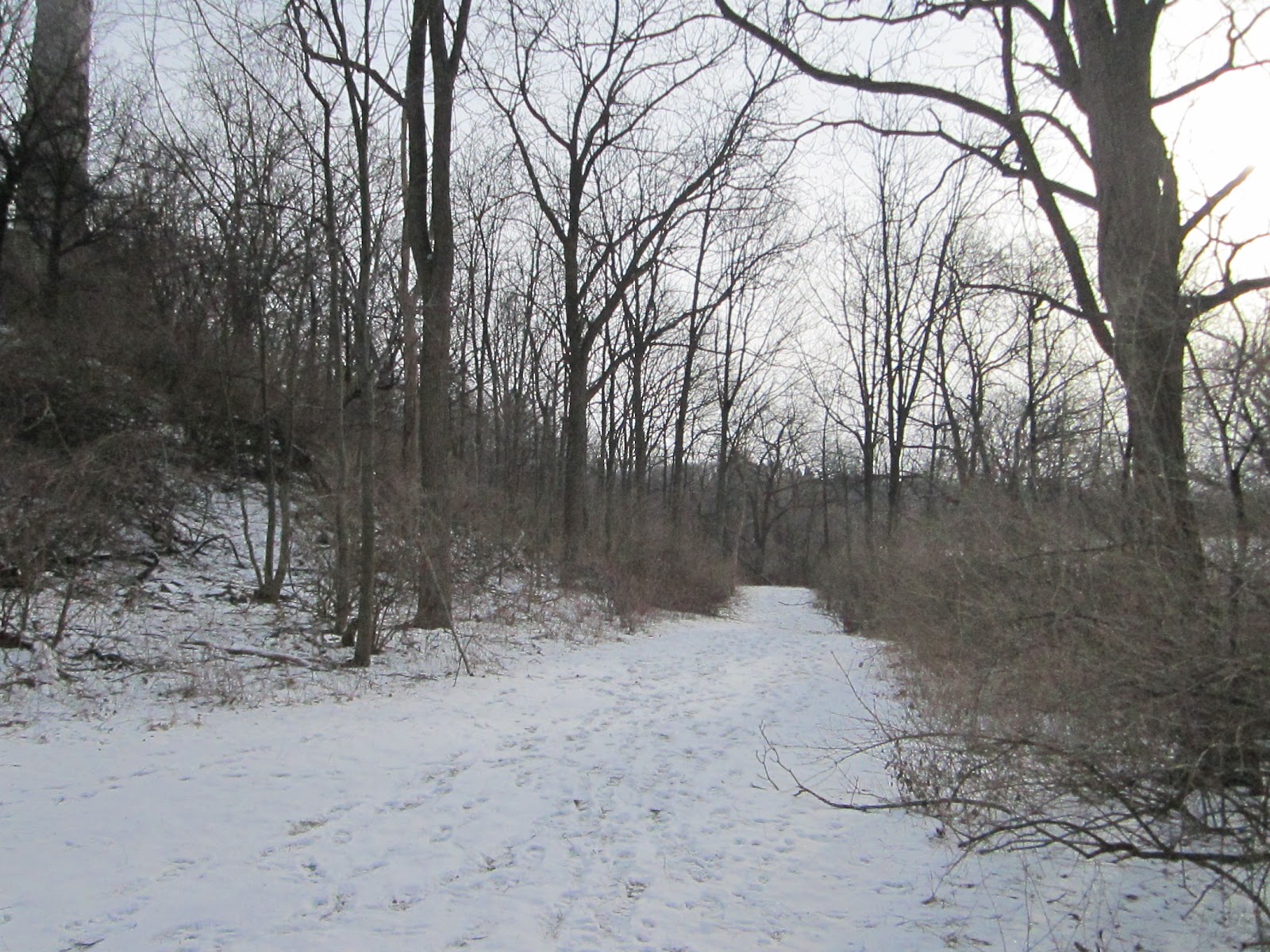 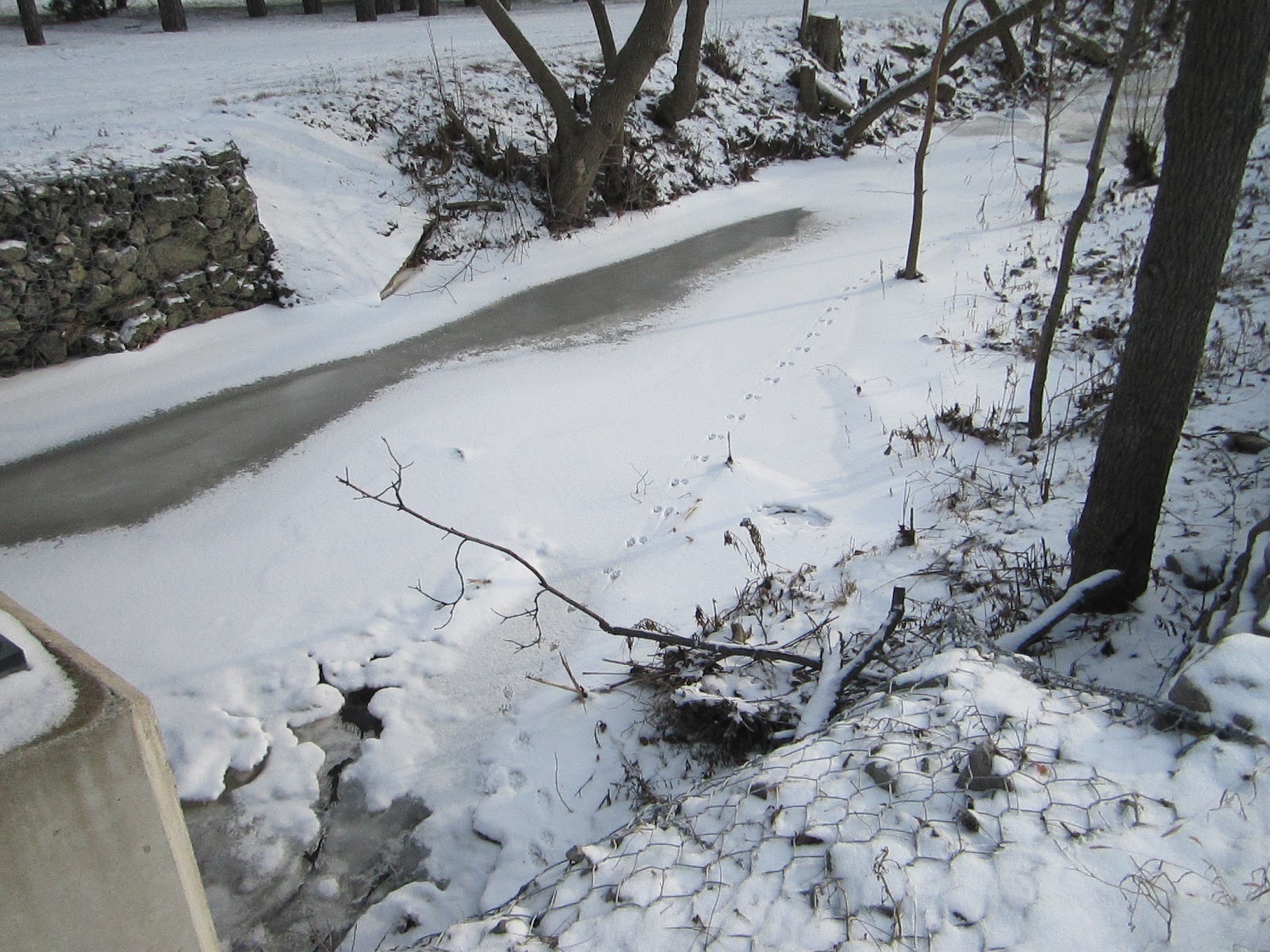 I see the signs warning against no tobogganing seems to have had the desired effect. The grounds have only just been re landscaped and there were lots of people sledding down the hills during our last snow. Nothing worse come tourist season than to see great strips of earth where there should be finely manicured sod.

Whether you're E, N, S or W, if you're feeling under appreciated, get out and find your local nice spots.

Looks like a fine sunny Monday. The moon is out and a crisp morning is one of the things we should be striving to appreciate.