"There is pleasure in the pathless woods...I love not man the less, but Nature more."  Byron (Lord)

With twelve degree temperatures in the offing, it was time to start the inaugural longer distance walks.  The Road2Hope this is not.  Hamilton hosted this event back in November and it was encouraging to see so many runners on the streets.  Taken me since then to gear up for my own marathon which constitutes anything beyond the noon hour power walk or my hourly workout. 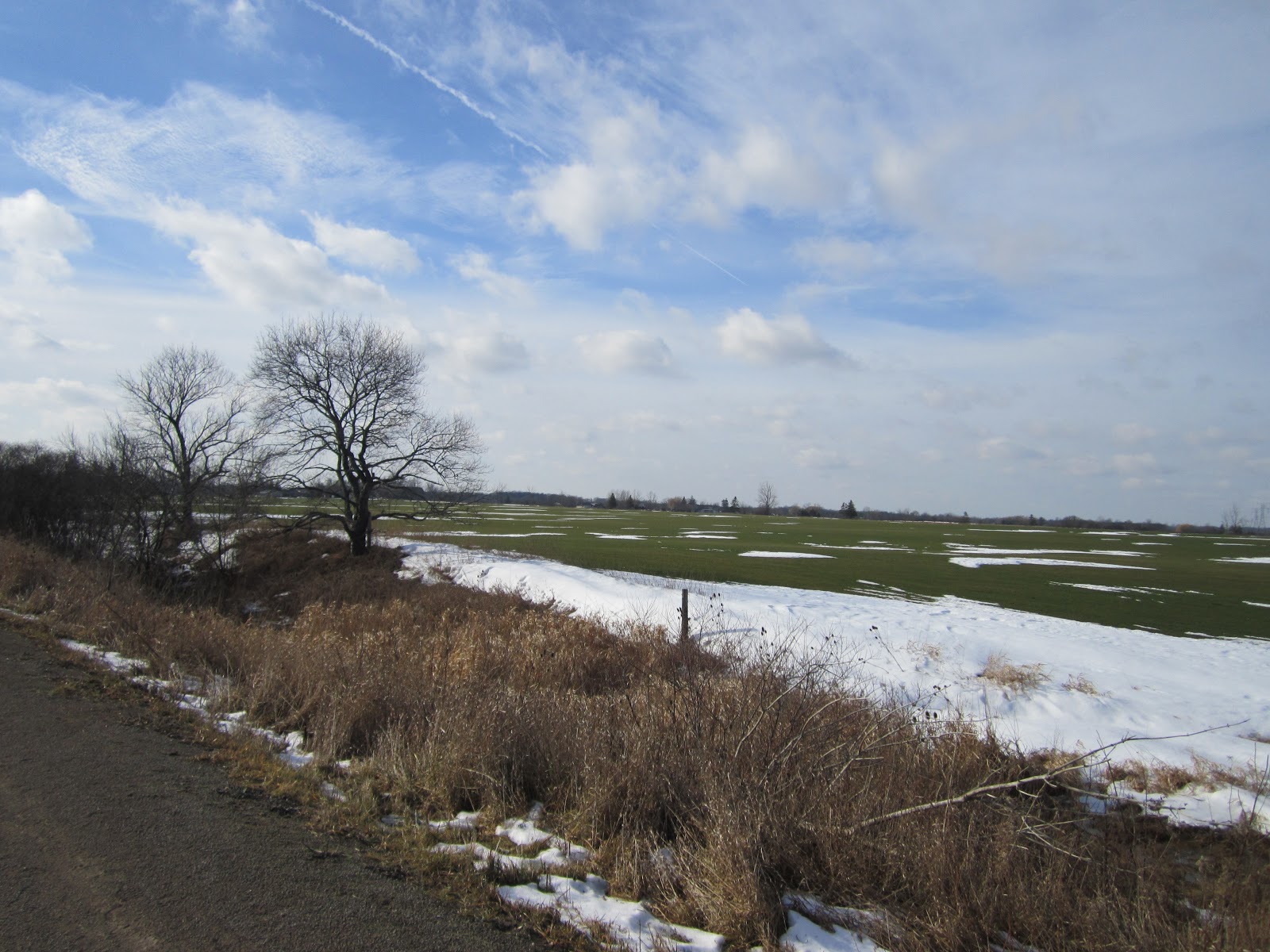 Started at Miles Road which I’d partially trekked down back in the Fall.  The fields were boggy from Friday’s rain, but, snowy patches remind us what season we’re in.  There is some industry on the left and it would be nice to see a few saplings planted here as there is an unfortunate view of their yard (read junk yard). 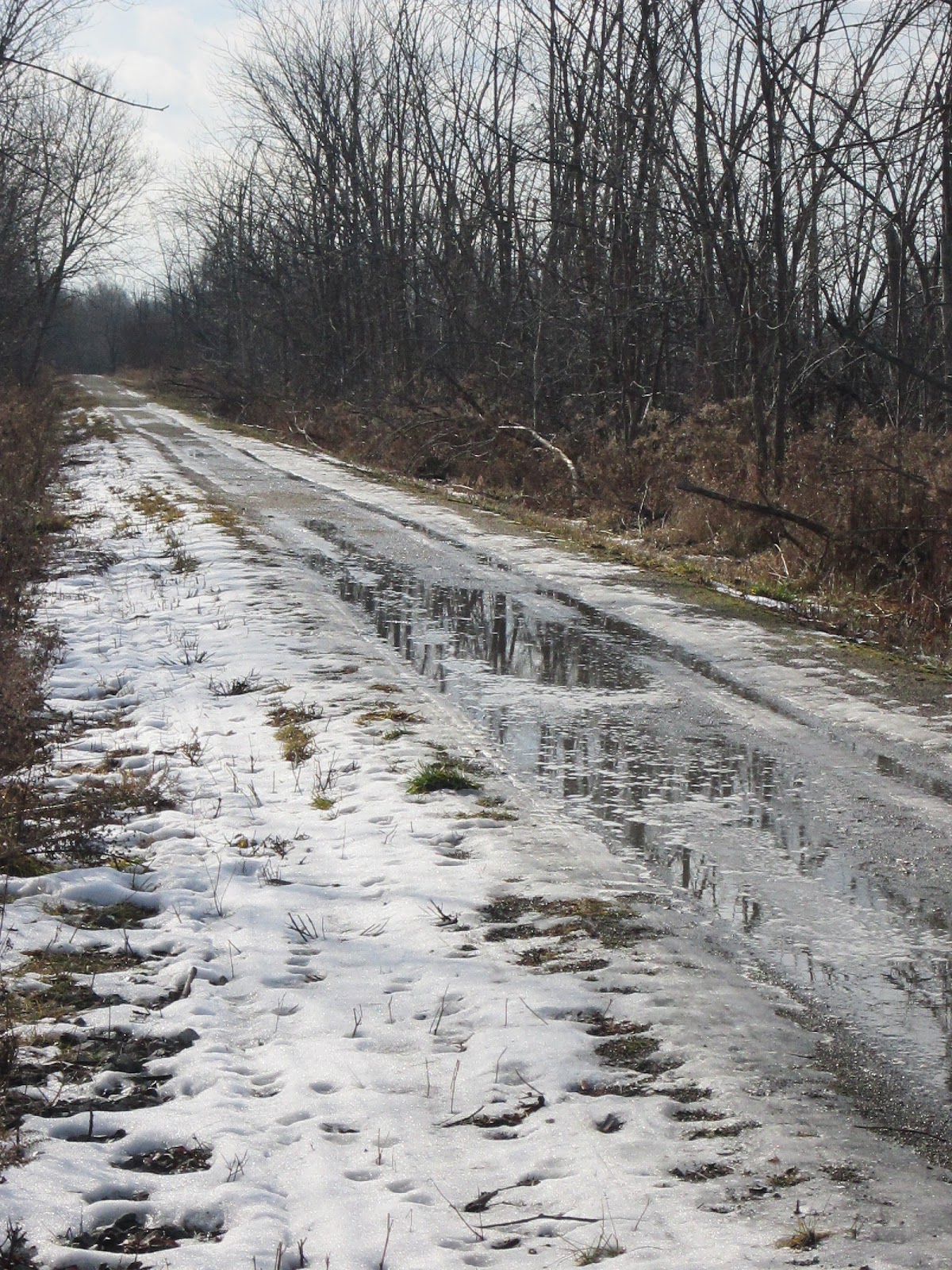 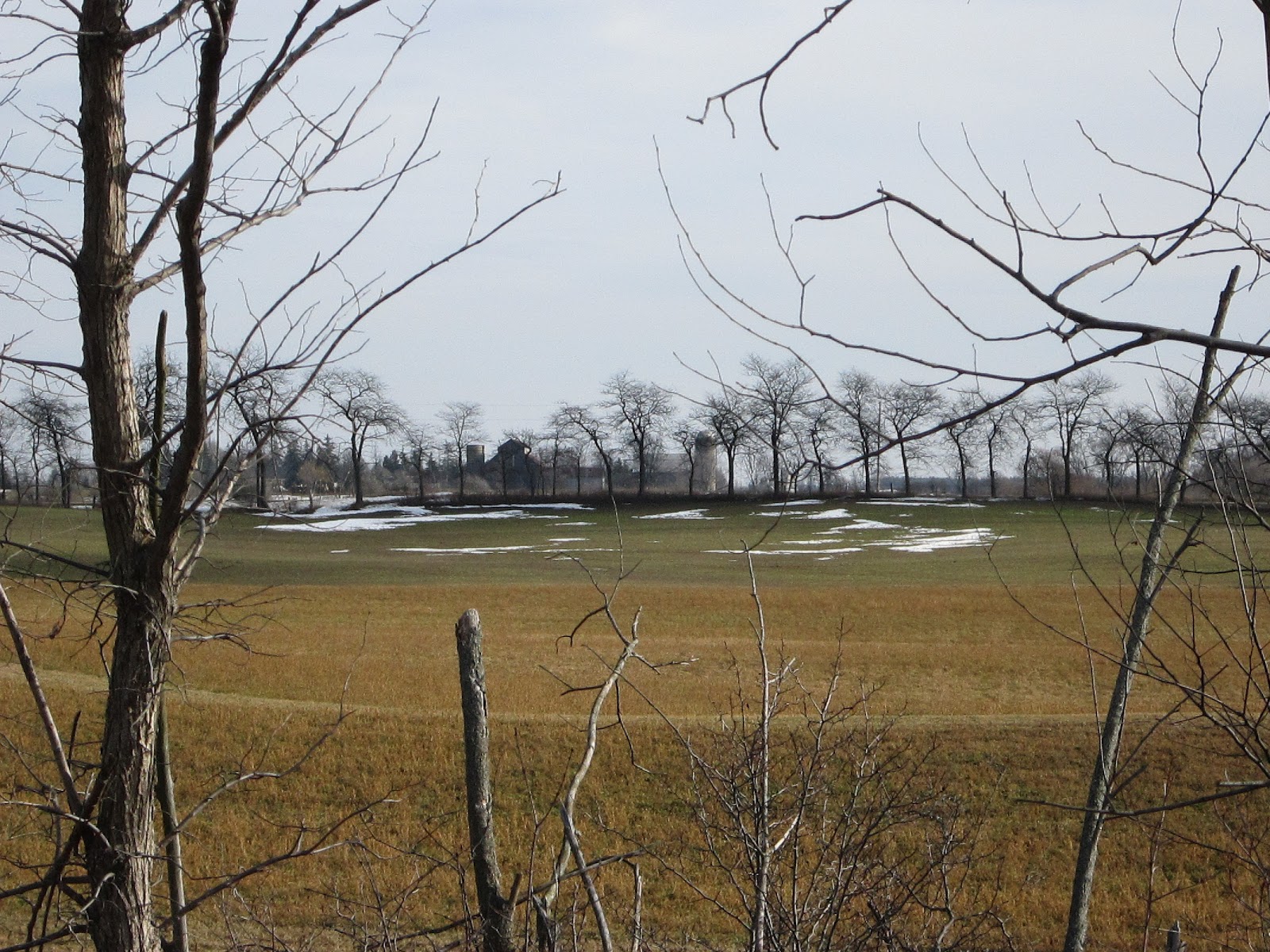 Crossed Chippewa and the views continued with fields and farms.  The land either rises up or makes a steep drop to part of the Welland River that snakes its way through the fields.  Lots of “creekettes”.  Fast moving water at times but mostly just a steady trickle.  Nice soundtrack along with the creaking tree branches; very peaceful.  Not just moss on the bridge but graffiti which was rather distressing to see.  Occasional slick patches. 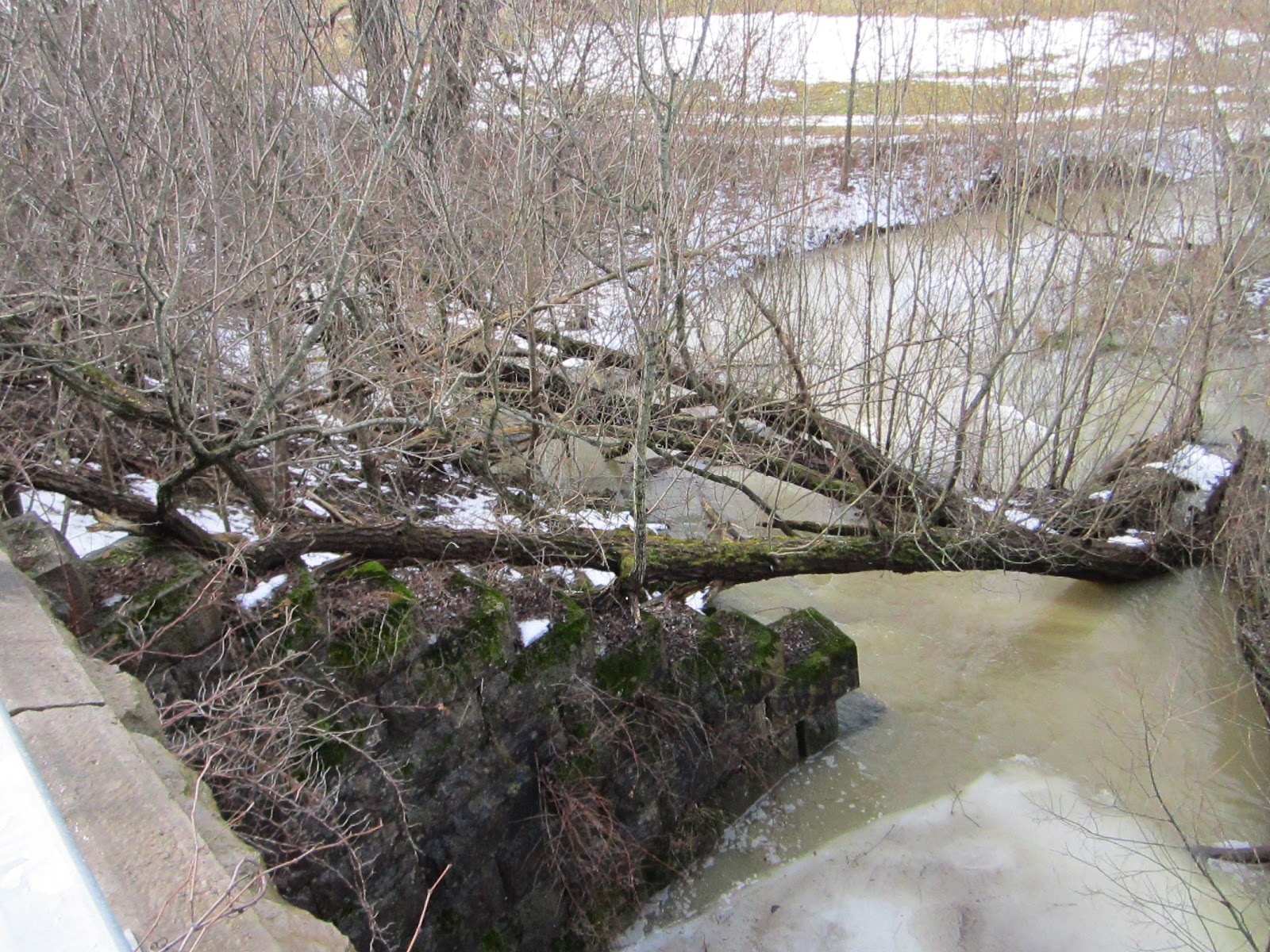 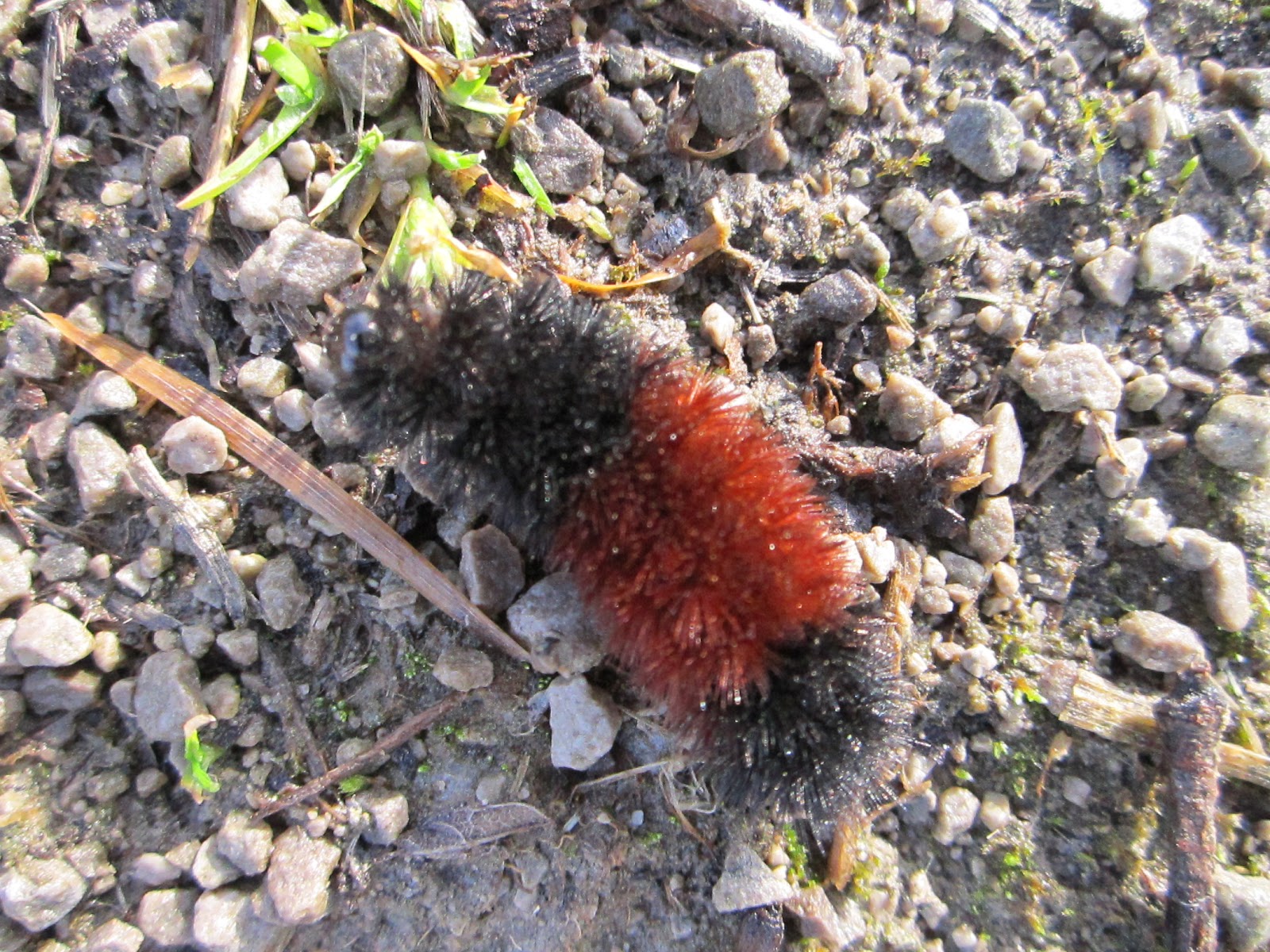 Nature alive and well with a sighting of a fuzzy wuzzy caterpillar and not one but two Cardinals.  Everyone gets excited at Cardinals or Blue Jays-it’s like a great, as yet undiscovered, tropical bird has been blown off its course and landed in the Northern hemisphere.  The land rises up with some earthworks. 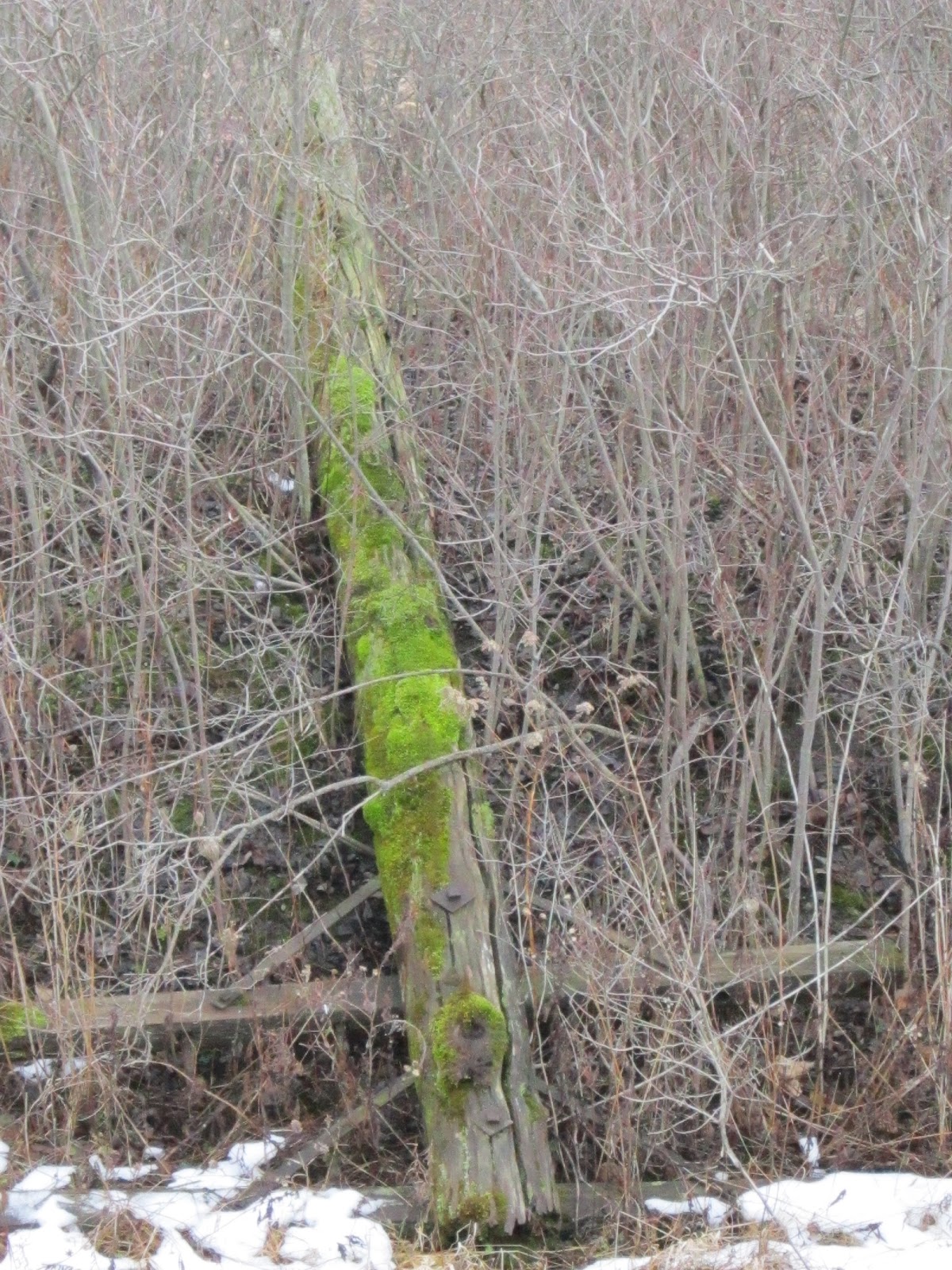 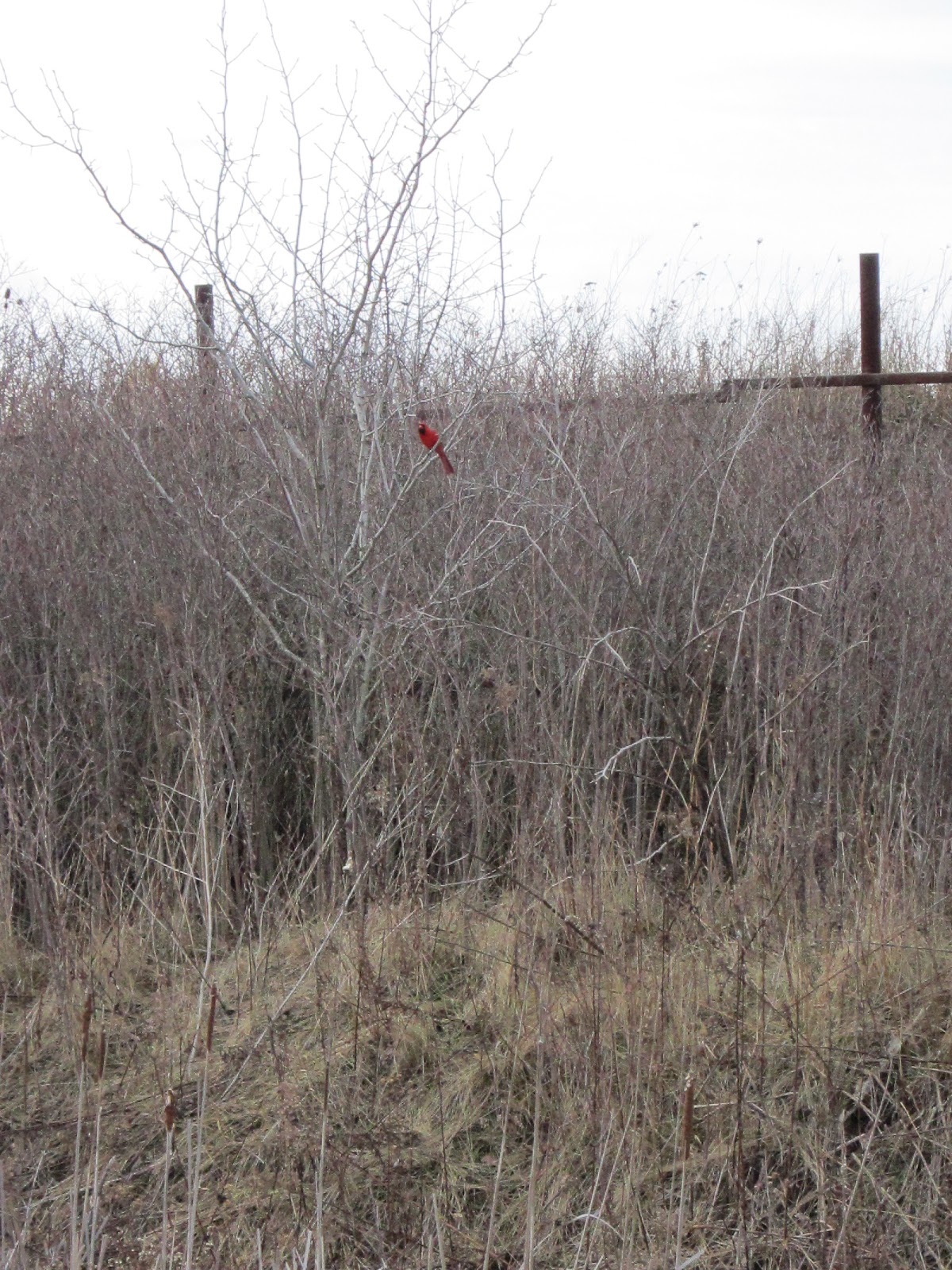 Looks like a farmer has been busy creating an unnatural embankment.  Great barn at the end of the trail.  Ponies off to the left.  Just missed them in the field on my way back. 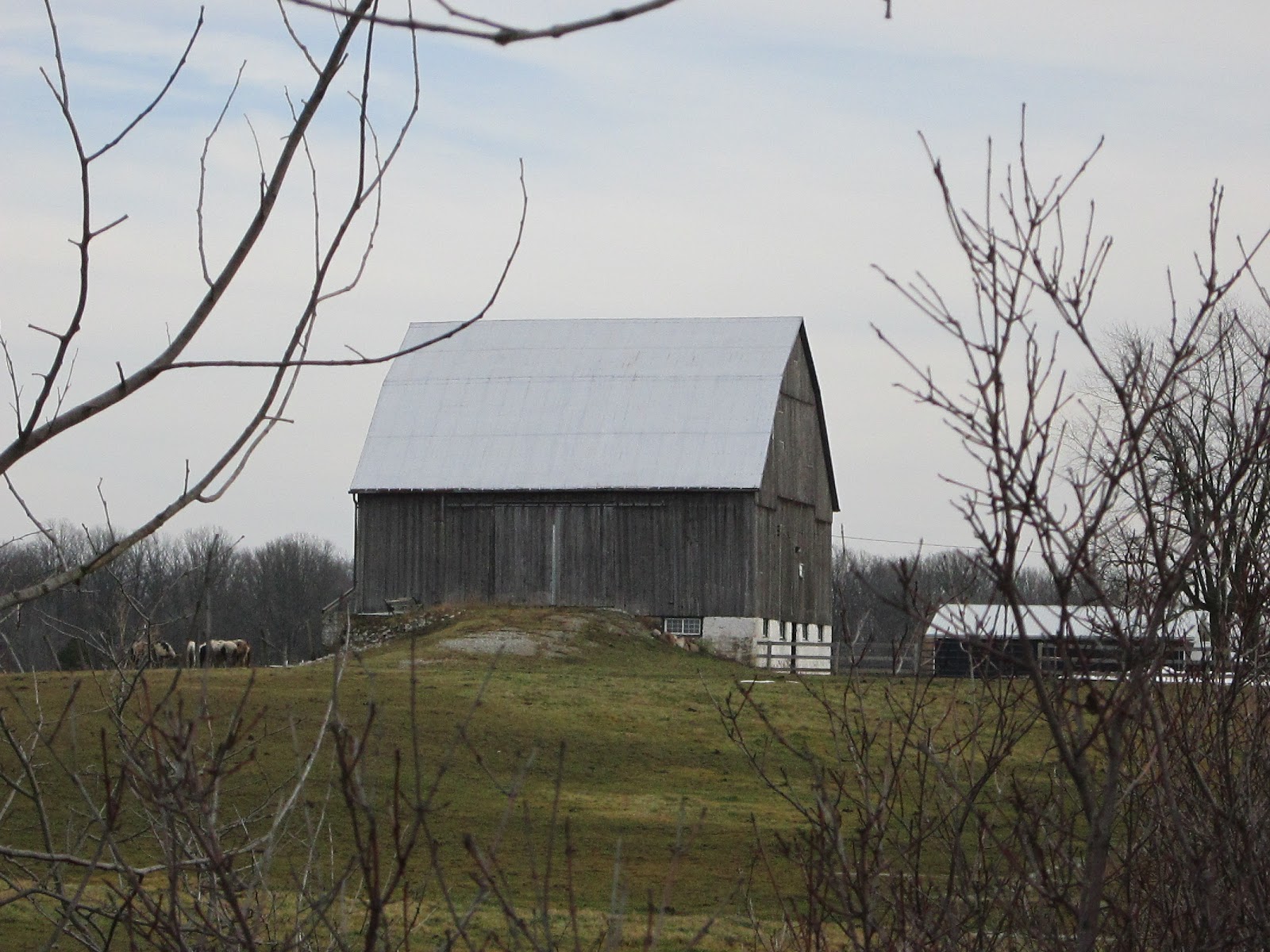 Crossed Haldibrook Rd. which is very quiet.  There is a very uninviting entrance to this part of the trail and I wondered if it was private property.  It is not.  A clump of  dumped asphalt greets you and you have to climb over this to carry on. 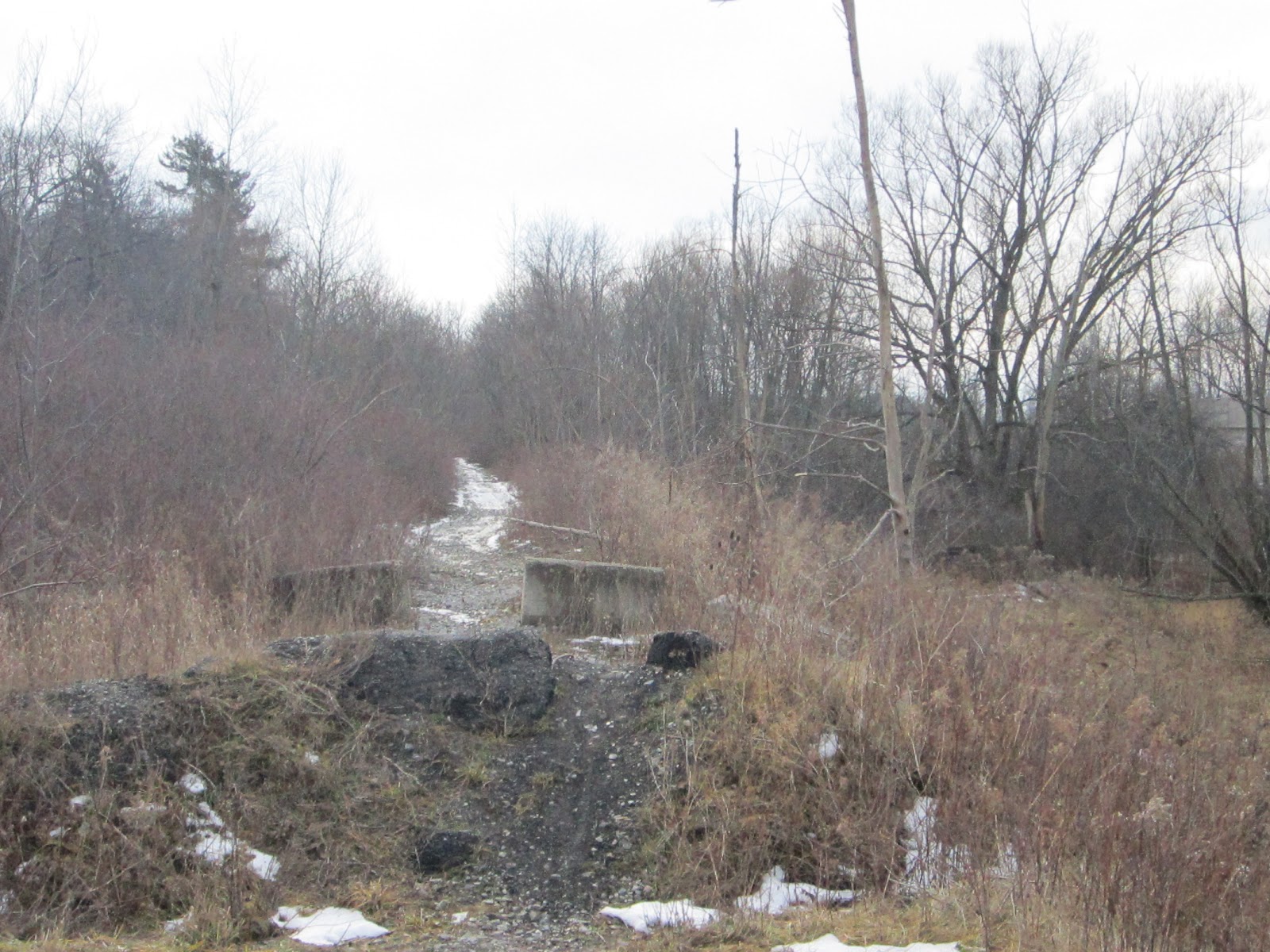 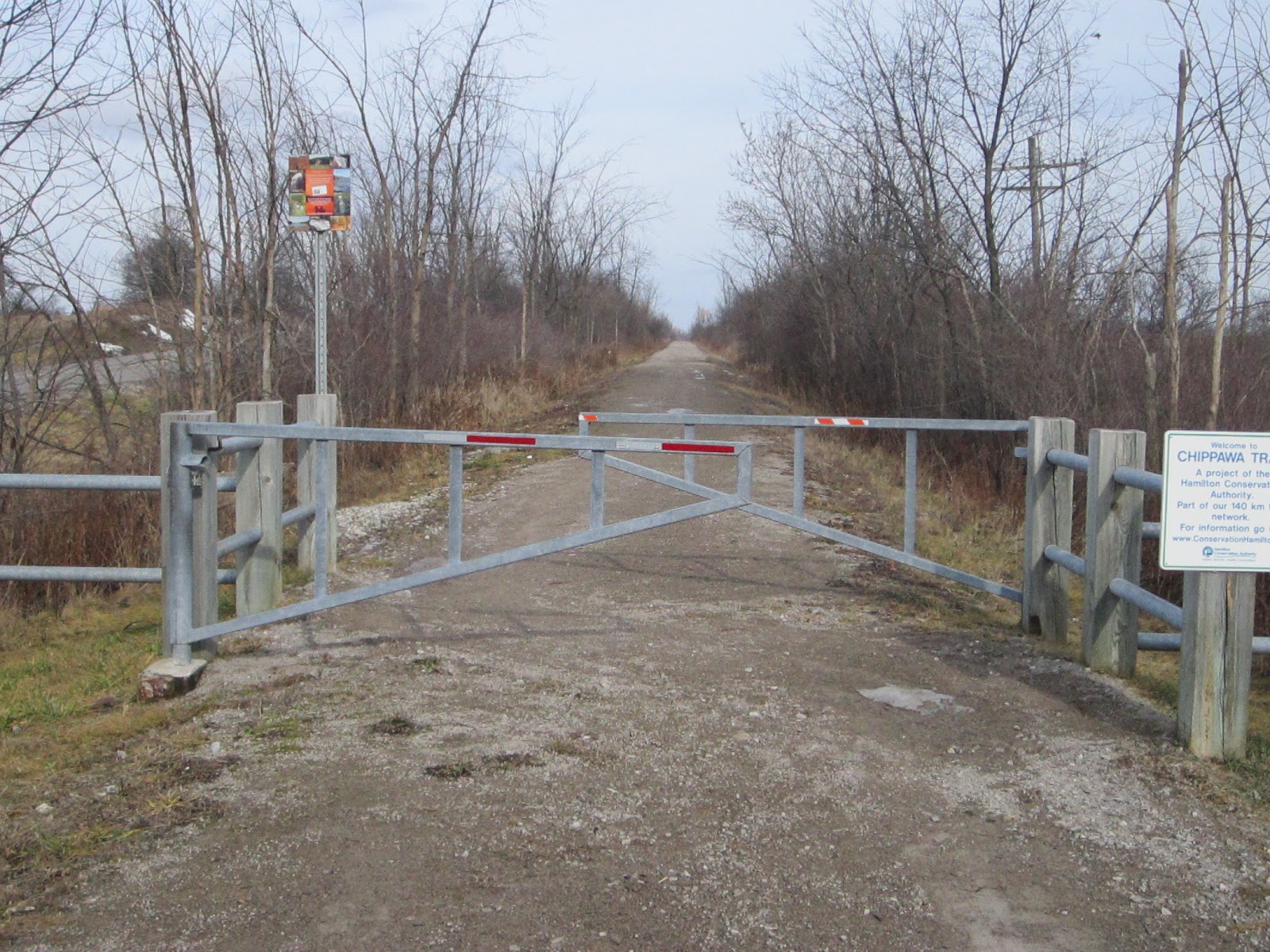 The trail narrows to less than an arms span and the trees are much more dense. 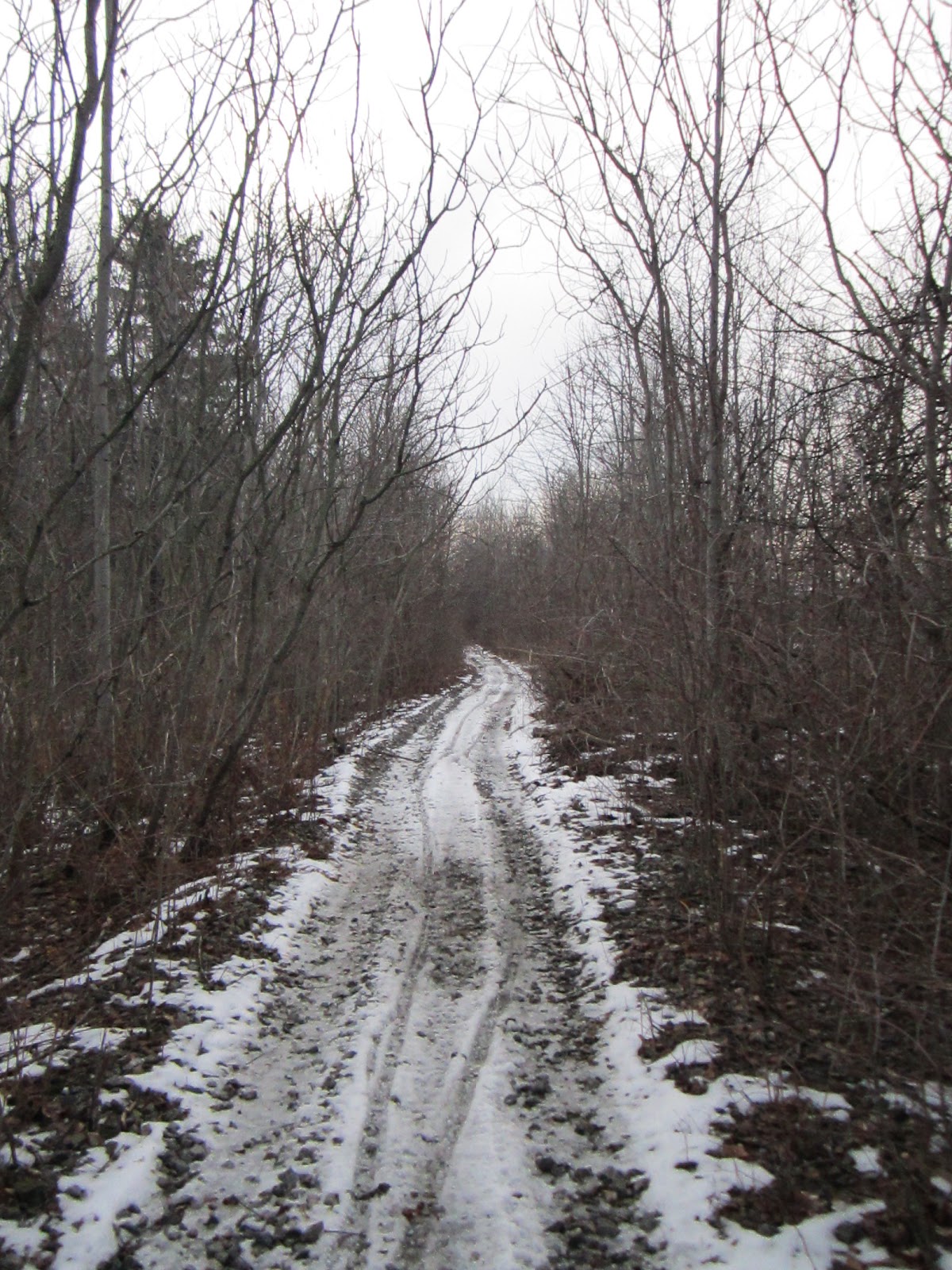 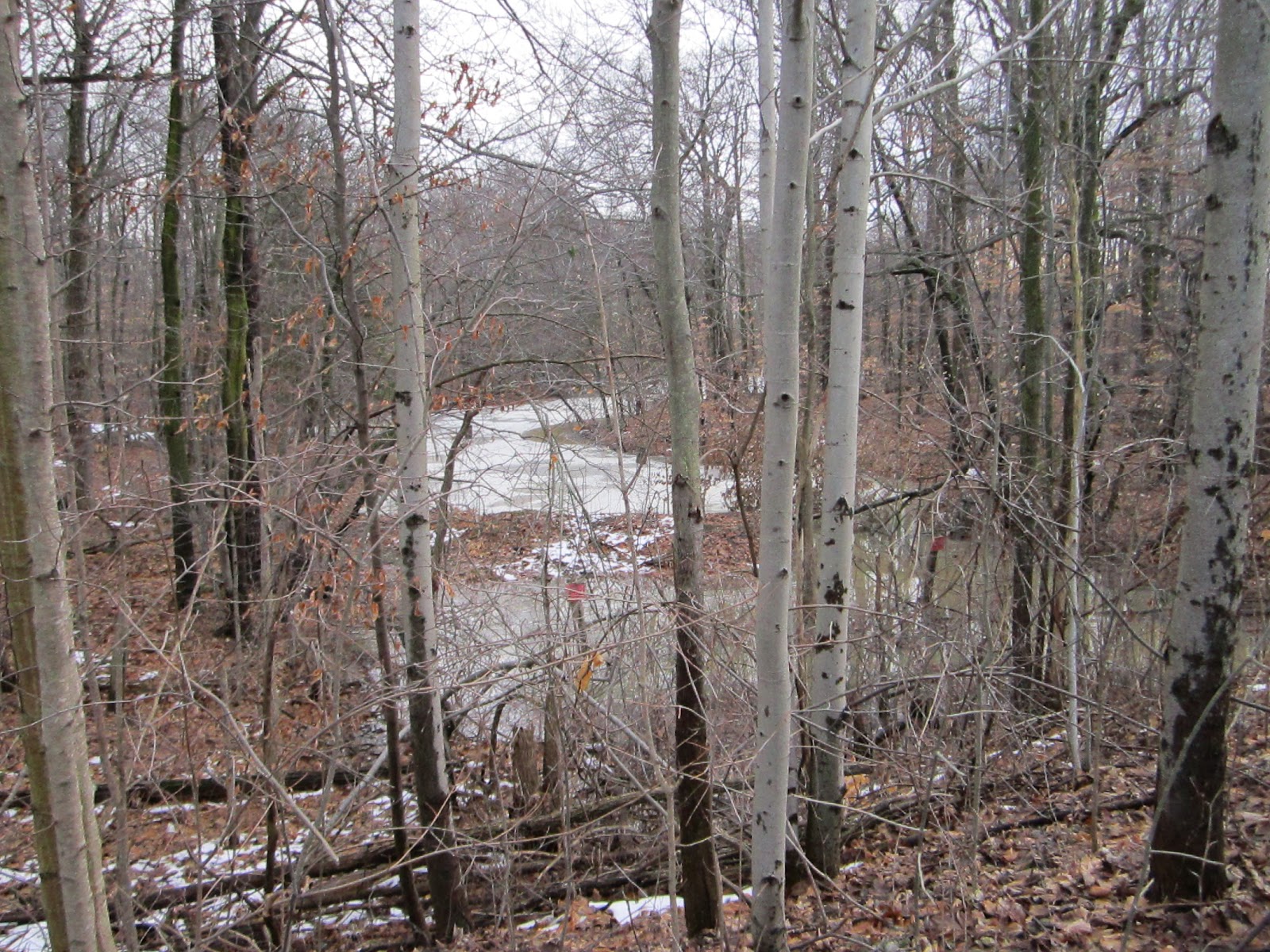 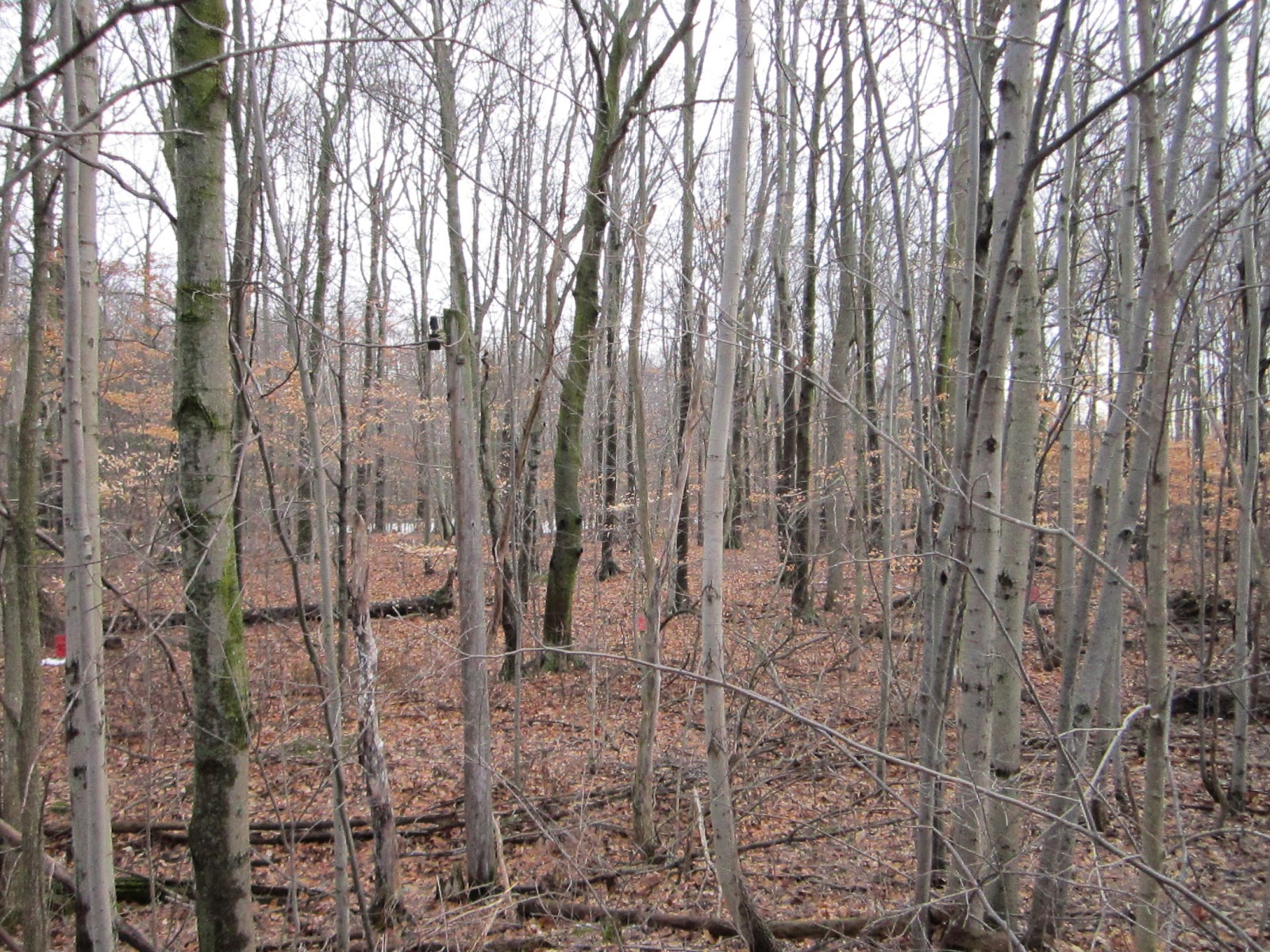 Good shade from the summer heat.  The Kilman Zoo is on either side of the path and the woods belong to the zoo.  If you time it right you’ll spy the tigers lounging in their pen. 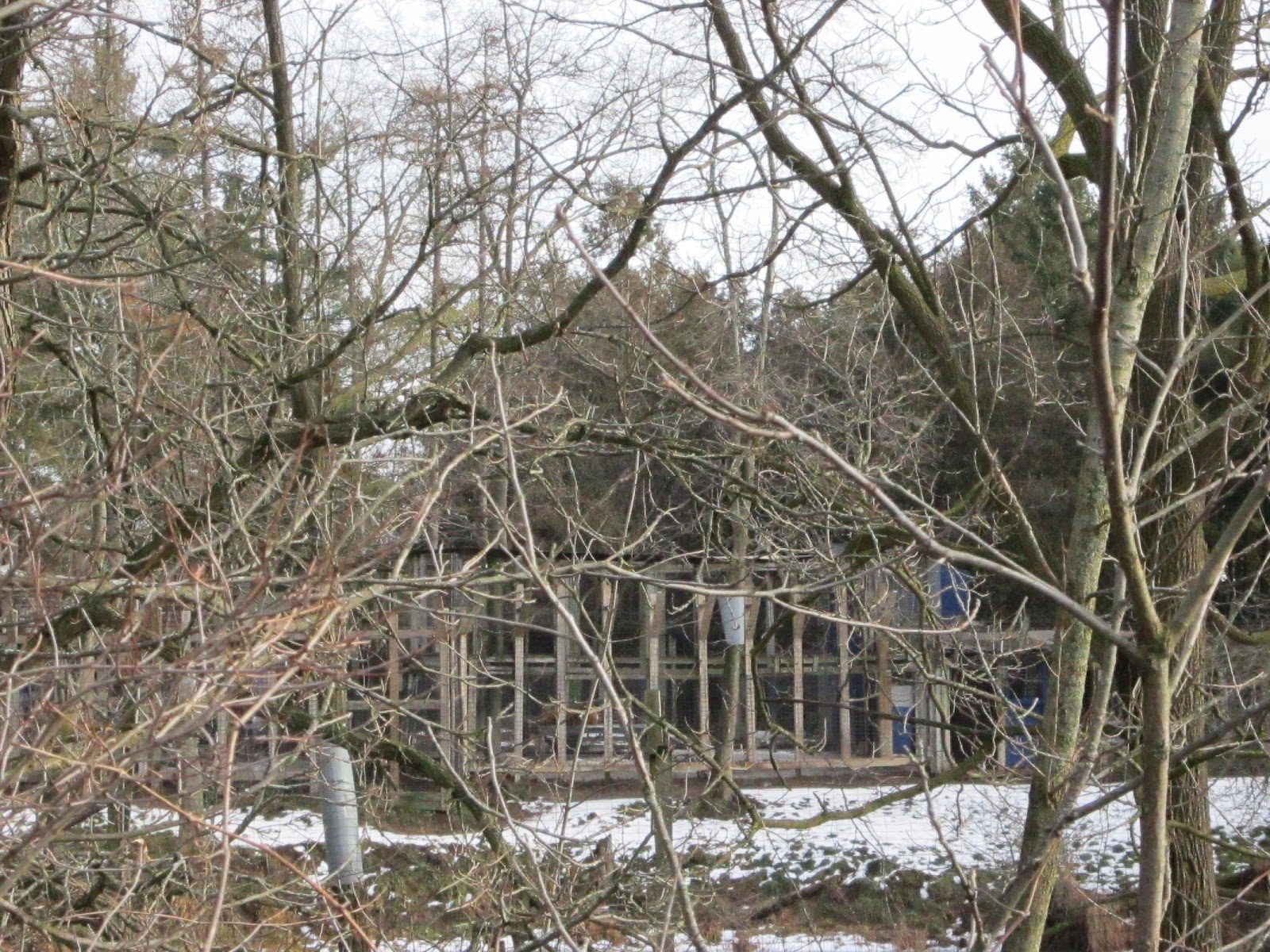 On the last bit of trail, couldn’t make out if it was a tiger or elephant roar.  Not sure if there are elephants at Kilman but I’m sure Bob Barker would have set up camp before now if there were any.  I would have preferred to start this stretch earlier because there was more snow here on account of the tree shelter and the trail undulates slightly.  Stone chippings line the trail and it’s harder work.
It’s only a short distance to Unity Road.  Another quiet spot with farms on the landscape. 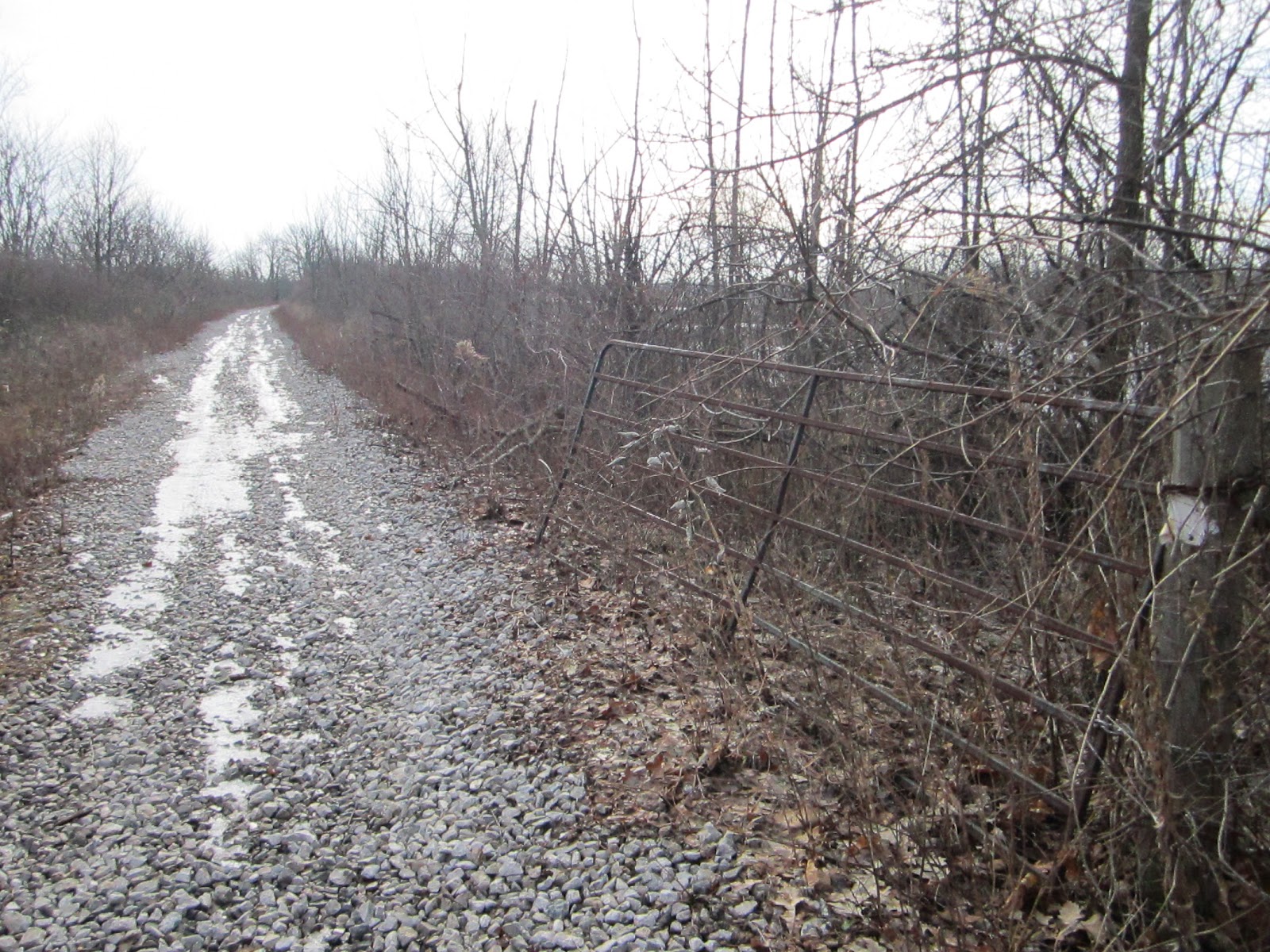 Took the next portion just a few feet because we have to remember that the more you keep walking, the more you have to walk back.  Unfortunately, someone had dumped various bits of their automobile right at the start of this portion and I was less than enthusiastic about continuing .


Return trek and energy fading but picked up the pace after Haldibrook which was like a surge to the finish line.  Sighting of a pink sock on the way back that wasn’t there 20 min ago.  Always amazing to me where these random bits of clothing come from.  Perhaps this is where socks go to die after they've gone missing from the dryer. Sighting of a snake which got very defensive about territory (it looked like it has been in a fight with something or other) and two woodpeckers.  What do they recommend for headache relief? Also some kind of finch-must consult an Audubon and get the proper names of these things. 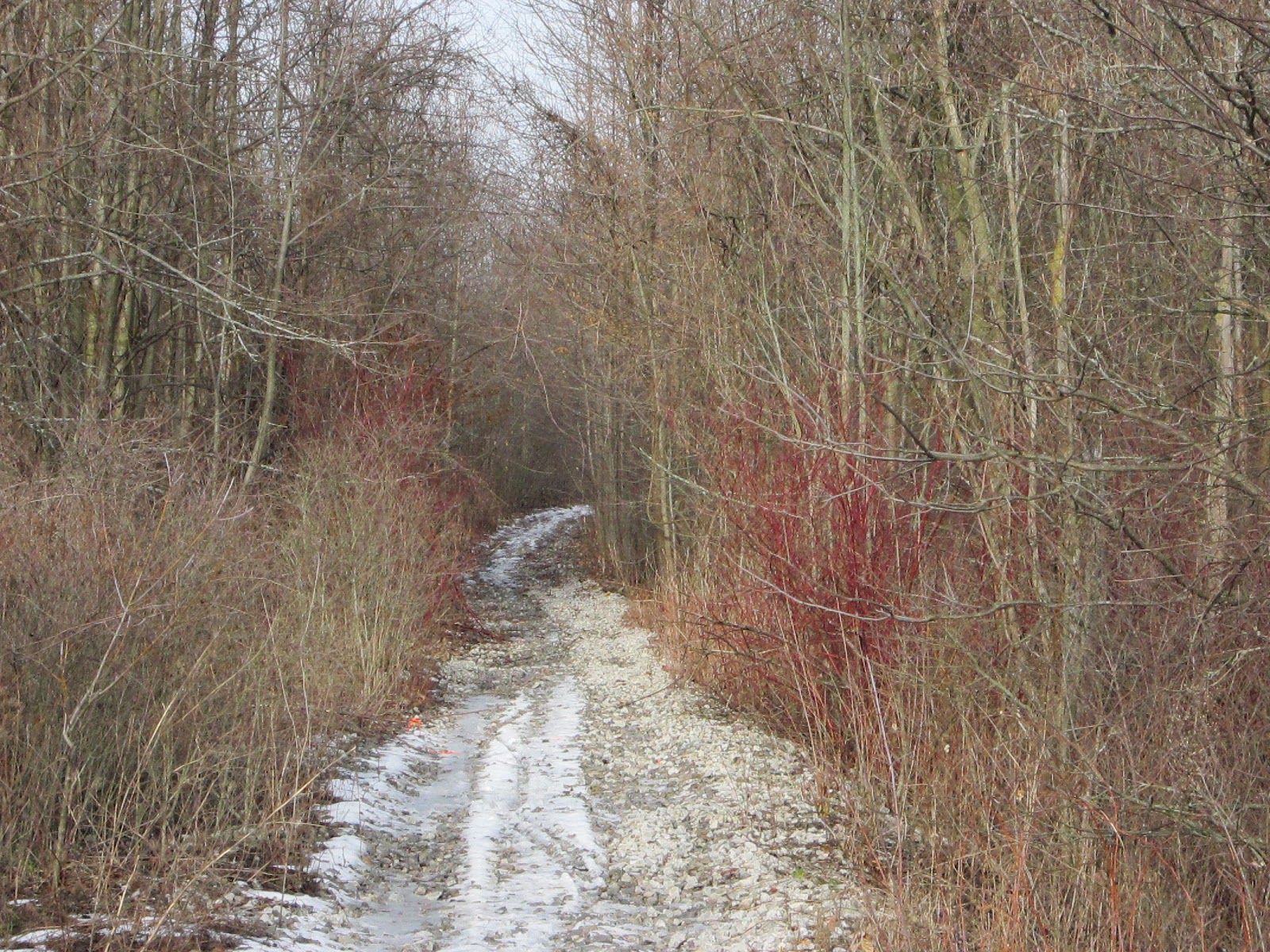 A few hikers here and there.  Think most people had gotten out earlier in the day.