Does Star Wars count as a Christmas activity?

Ah, the intoxicating aromas of the Bulk Barn(BB).  Well, intoxicating is perhaps too strong a word for the spice section of a bulk food store.  Does wonders for the car; more natural than Febreeze.

I had pored (no pun intended) over the latest Food & Drink and decided on the Ginger cake.  Who amongst us doesn't covet the Food & Drink Holiday edition?  You've got to time it right, though.  Visit the LCBO too early or too late in the season and the shelves are bare.  Lunch hour run to the BB to stock up for the Christmas cake(I have an edible version), the pistachio and cranberry bars and truffles amongst other things.  The Widget Makers are partial to sweets and one feels the obligation to take their mind off the inevitable noon hour Subway sandwich.

The BB is a black hole and a labour intensive one at that.  I emerged with the notion that I still had a half hour to indulge in the much sought after burger. "A burger?", you ask.  Not to be, as the hour had gone.  I went in for $2.00 worth of product and wound up with a trunk load.  Finished up consuming a partially cooked baked potato slathered in bacon marmalade and Parmesan.  Questionable choice.

For the first time in nigh on six weeks, I felt sufficiently revived to contemplate the painting, baking and tree trimming.  The Pater was scheduled for Sunday dinner and I couldn't look at the replastered wall any longer.  Perhaps if the GP had actually allowed me take an appointment, this whole farce with the eyes would not have taken so long.  Next time, I'm storm-troopering in there.  Self control be damned.

Delivered the neighbours' cards in the evening.  They looked at me puzzled and questioned why I was delivering Xmas cards on December 7th.  It is customary to graciously accept cards and not question the sender's motive/time of season.  Not here.  You have to tread carefully with "first generation".  I believe they send theirs on Xmas Eve. I like to get my money's worth.   Xmas cards are a dying art.  I like seeing a red, green or silver envelope in the mail box. Refreshing to open something that isn't a bill.  To the grocery store again and returned with a tray of sushi which was very nicely done. I'm on a Mike Leigh bent at the moment.  Picked up Mike Leigh on Mike Leigh a couple of weeks back.  Leigh dissects all his movies with the interviewer and it's been good revisiting them after the read.  Finished the day with Leigh's Vera Drake. An outstanding period drama with Imelda Staunton. 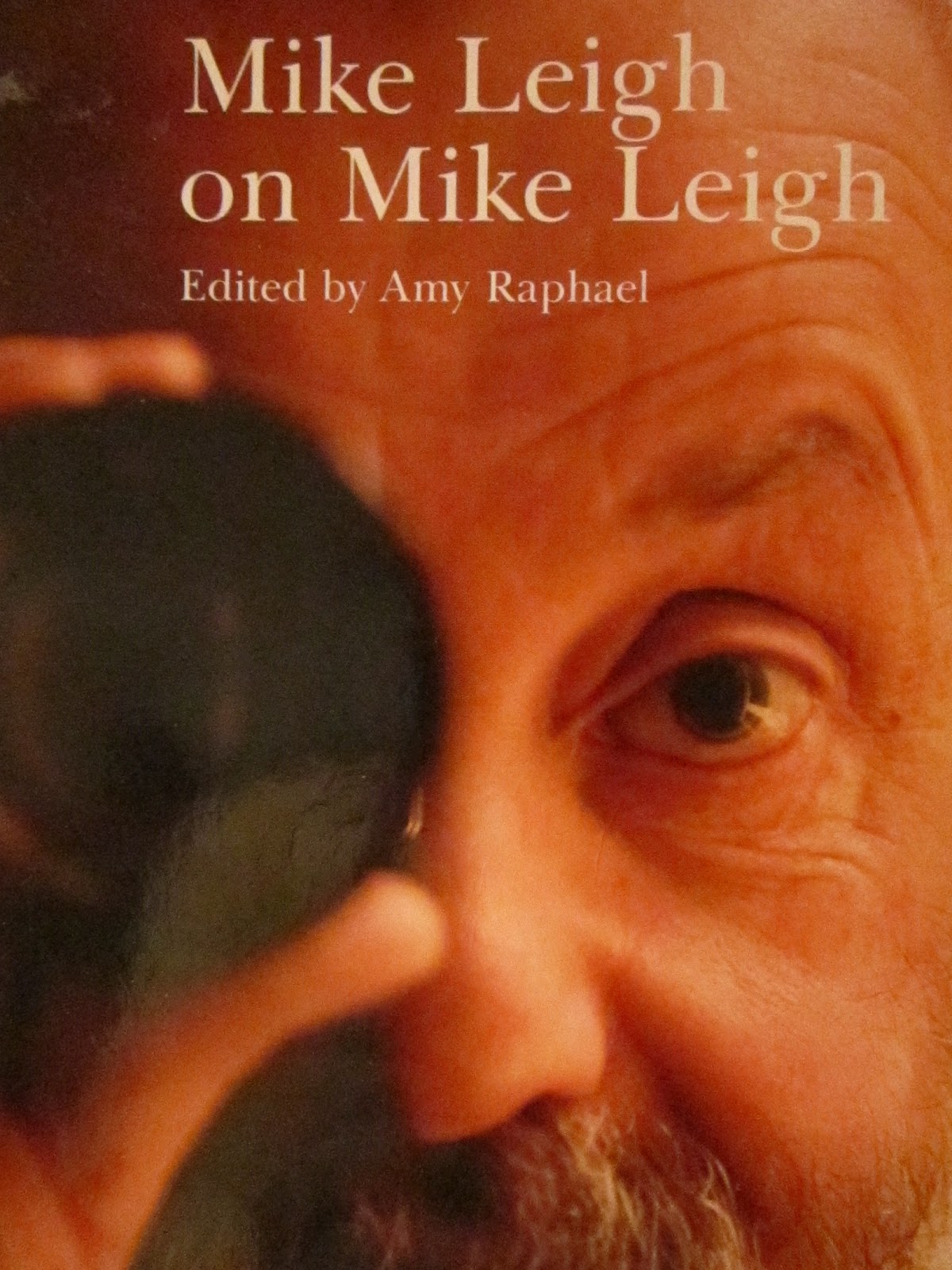 I detest painting but having gotten started again after a six year hiatus, have the drive to continue with the remaining rooms.  I can sleep at night now; not that fitful tossing and turning, waking with a cold sweat as the mind turns over the TO DO list.  I like to work with a small sponge roller-control is what you're after here.  Use a large one and next thing you're painting ceilings and baseboards and where does it end? The bottom of a large bottle of red wine.  Try and see if you can find a podcast for This Is My Music on CBC.  Ivars Taurin's turn and he presented a very fine selection of music.  Just the thing to ease into the day.

Ventured into the crawl space to get the tree. Germaphobes don't handle dark, dusty spaces well.  In fact I'm getting heart palpitations as I write this.  Putting less and less on the tree each year.  Thinking more in terms of keeping clean lines than sheer lack of ambition.  Remember, it's all got to come down again.

Finished the night with Leigh's Naked.  Raw would be a good word to describe this movie. I've seen it many times. If you're looking for laughs, this is not your movie, but I think you need to enter the world of Mr. Leigh once in a while.

Found just enough counter space next morning to make a cup of tea.  Vinyl Cafe was in holiday mode with a repeat of the Hawksley Workman show; saw it live last year.  Second time seeing Workman live.  If you have the opportunity to see  The Vinyl Cafe  or any of his guests in concert, do so.

A clipper was forecast and thought it prudent to make a start.  For the uninitiated, a ginger cake batter performs a little differently than your typical Duncan Crocker.  It doesn't flow out of the bowl into the cake pans; you have to drag it out, kicking and screaming.  A ginger batter will not self-distribute in the pan.  You have to do it for it.  Finally smacking the tins on the counter five or six times to cancel air pockets.  How do you now if this has been successful?  You don't.  It's a matter of faith.  This is a well seasoned cake-ginger, nutmeg, cinnamon, allspice, black pepper, cloves and is great for a miserable rainy day, like Sunday. 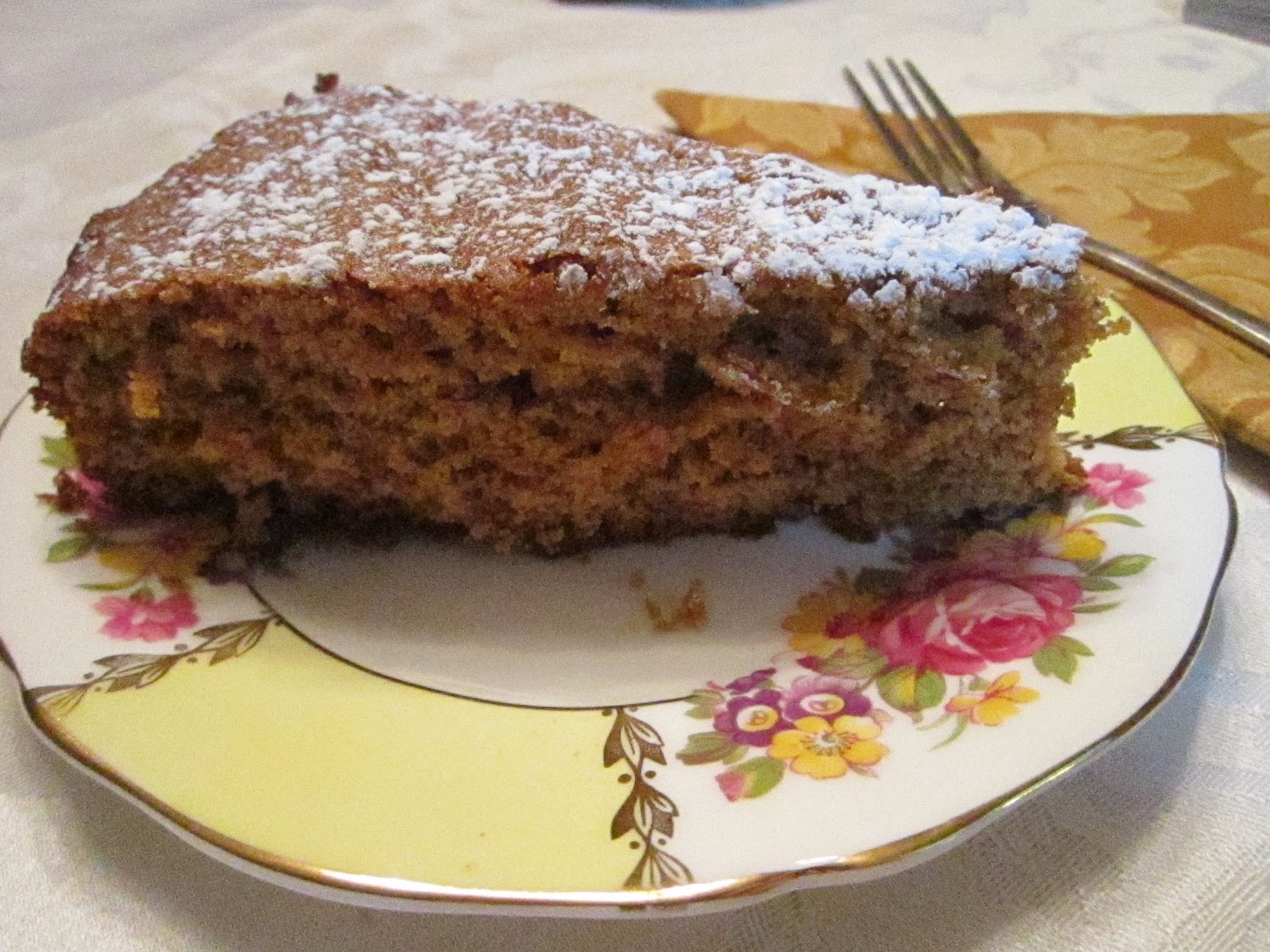 The frosting was a dismal failure and I'm sure, with time, I'll come to understand what went wrong.  It's butter and icing sugar-how difficult could it be? The icing has separated from the buttery mass and remains to this day, a sticky pool in the bottom of the bowl. 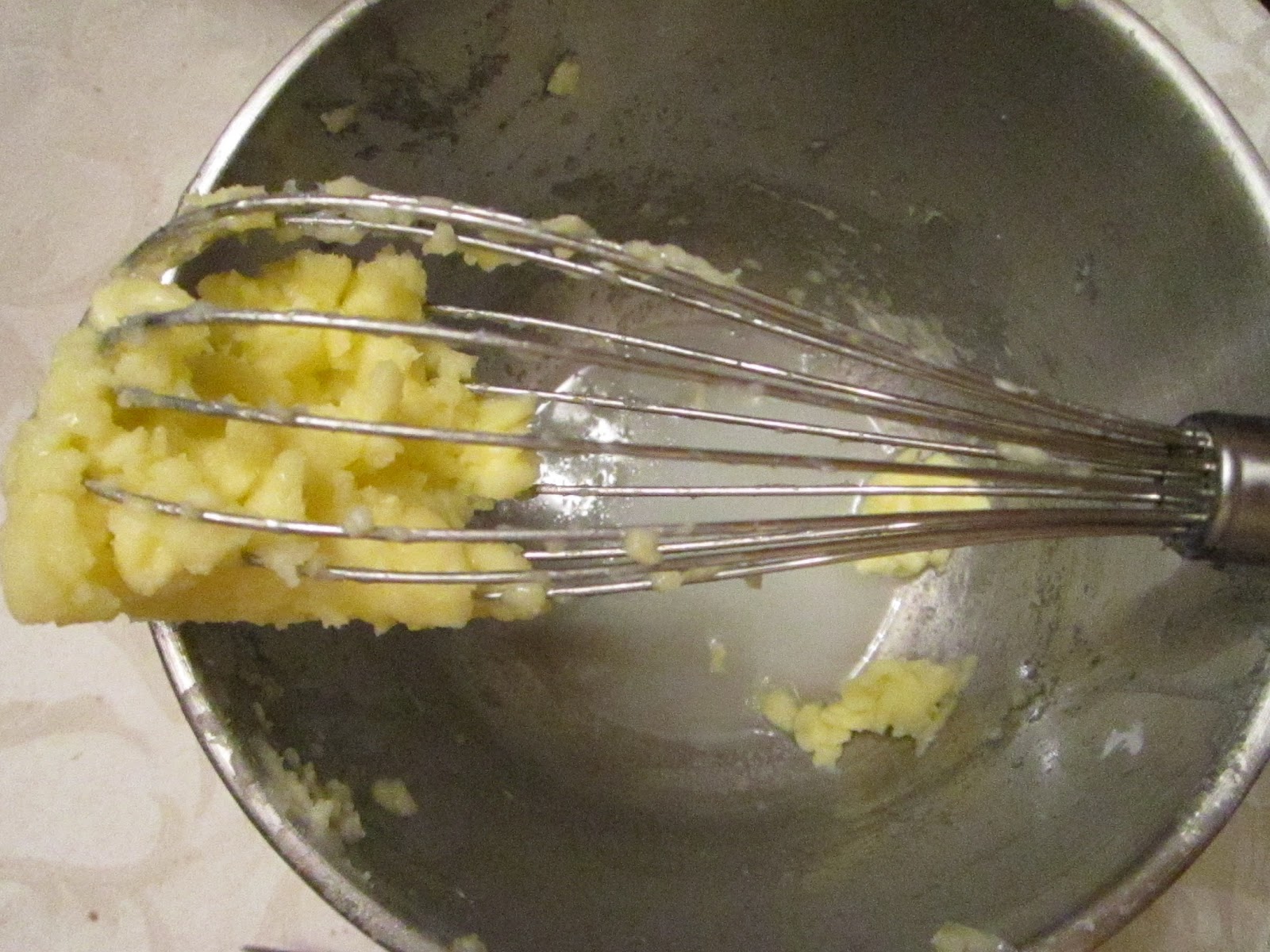 Soup was successful and I recommend this if for no other reason than the garnish.  Lemon juice, garlic, paprika, olive oil.  Dress the soup with a generous amount of cheese, garnish and parsley.  See below for recipes. 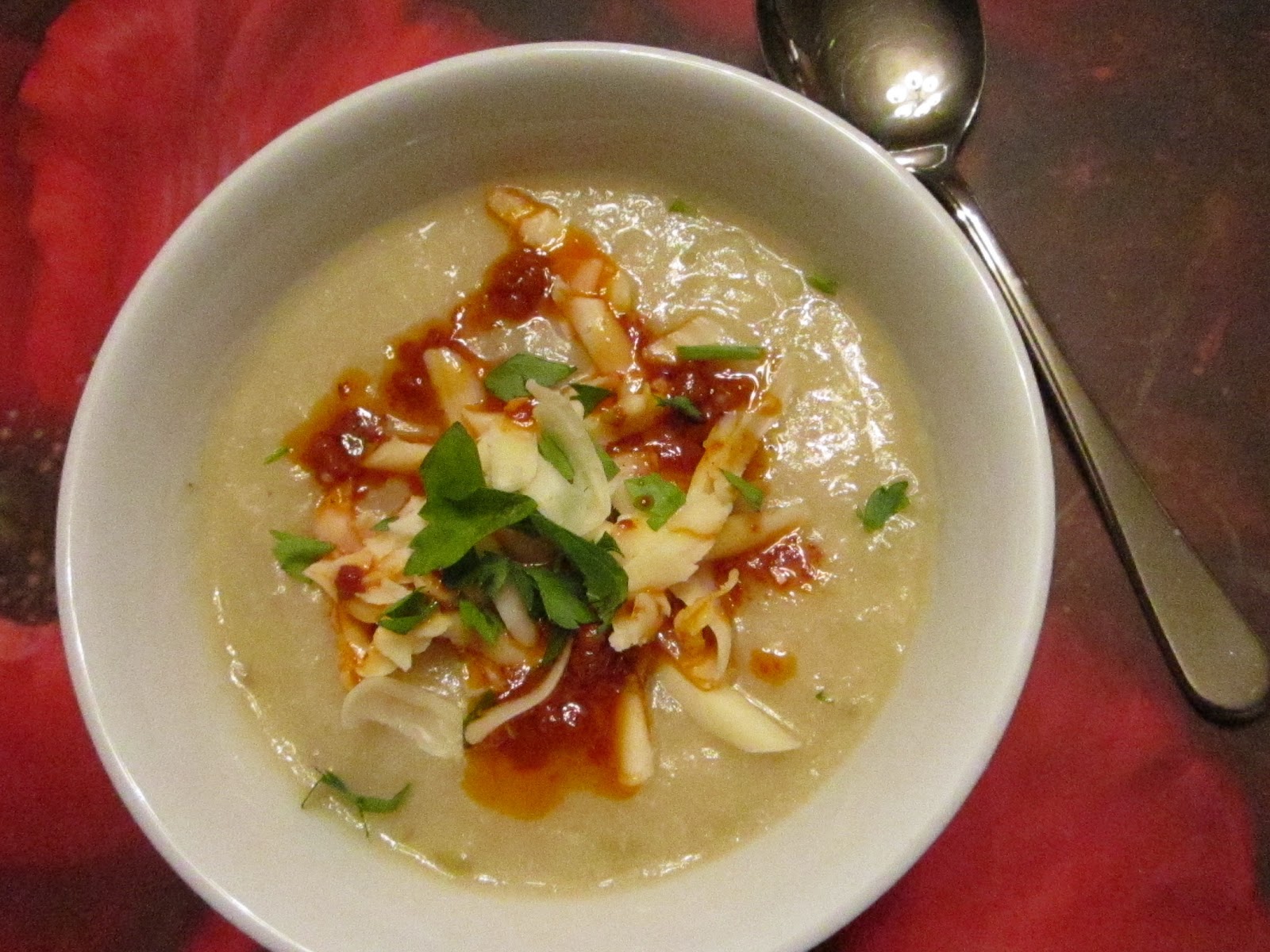 The Pater is partial to pastry(alliteration, anyone?). Why do we wait ‘til Xmas Eve before cracking open the nuts and pastry trays?  If you narrow the season down to 1.5 days, you’re depriving yourself.  Forced a small Ceaser at cocktail hour; celery nice and crisp.  (Note to hosts: please peel your celery.  Who wants to see guests trying to discreetly retrieve a string of celery from their back molars?) What else but grilled cheese with the soup ? Try to elevate the lowly grilled cheese to new heights.  Get creative.  And don't wait 'til you're hungry to start any cooking.
Coffee finished and the Pater took his leave. It was time to wrap up the Xmas correspondence.  Had taken an espresso after dinner and the energy level was running high.
Flashback to Fall 2011.
Finally watched the Star Wars saga from start to finish. Yes, I found the rock quite comfortable, thank-you very much.

Went to see Star Wars in '77 and stopped there; never going back to complete the saga. Since that day, caught bits and pieces of it at the holidays, but it is simply not possible to sit through the commercials.

It would be a gross understatement to say that the Widget Maker is a fan. Deeming their Star Wars dvd collection surplus to requirements with the acquisition of Blu-Ray, I came into possession of the series.  I diligently sat through every movie, having momentary deja vu from the glimpses I'd seen every Christmas. I steadied myself and completed my education.

And then comes along Camille Paglia, who feels that George Lucas is the greatest living artist of the modern era. Revenge of the Sith as high art? Paglia recently released her book Glittering Images and during the writing process, was undecided as to its conclusion. Was there any modern art that was worthy of her final chapter? Apparently so.  Paglia was blown away by Sith.

I'm partial to Rembrandt. To consider Lucas' output high art might be a bit of a stretch.
And so, high on the lingering paint fumes and helped along by the espresso, I popped Sith back into the machine for another look.  I focused primarily on the final two chapters. The movie has a very Gothic feel and the music added to this.   The landscapes throughout the series were reminiscent of Bosch.  Is computer-generated work art?  David Hockney would say, yes.  Although I don't know what he thinks of Lucas.  Should Lucas be crowned king?  I would argue, no.    There isn't consistency throughout the movie (or series).  Flashes of genius are not enough to claim the crown.  Was I blown away, like Paglia?  No.  Perhaps Star Wars was too new for her? I think most people were surprised someone of Paglia's ilk deigned to watch.  (I do like when Vader gets fitted with his helmet and we hear that first breath.)  Perhaps I'll take another look with the next round of caffeine.

The movie aside, I don't think we need to place people at the bottom or the top. We are entering that dangerous time of year-the ubiquitous Top 10 List.

Bleak mornings these past few days and the only thing getting me out of bed was the lure of a little piece of ginger cake after breakfast.  Presented a plateful to the Widget Makers and they promptly inhaled it.  What's etiquette on the last piece on the plate?  If you are mere moments away from dining out at lunch, do you take the piece or leave it for someone else who isn't eating lunch?  In this case the piece disappeared.  But, this takes me into a whole other post.


Recipe not terribly essential here. Go with your instincts. This is soup, after all.