Thinking of taking last Friday's frenzy right through to the New Year.   Never venture to the mall after Nov 30th.  I've been traumatized ever since Canadian Black Friday when I went out for Movember chocolate moustaches. Chaos.  And I wasn't anywhere near the mall.  This time I was sans gloves and you can just imagine what I must have come into contact with.  Was it smart to do this on the eve before a Christmas party?  No. Who in their right mind uses a communal pen at the Post Office and then eats lunch? Tells you something about the state of my mind. 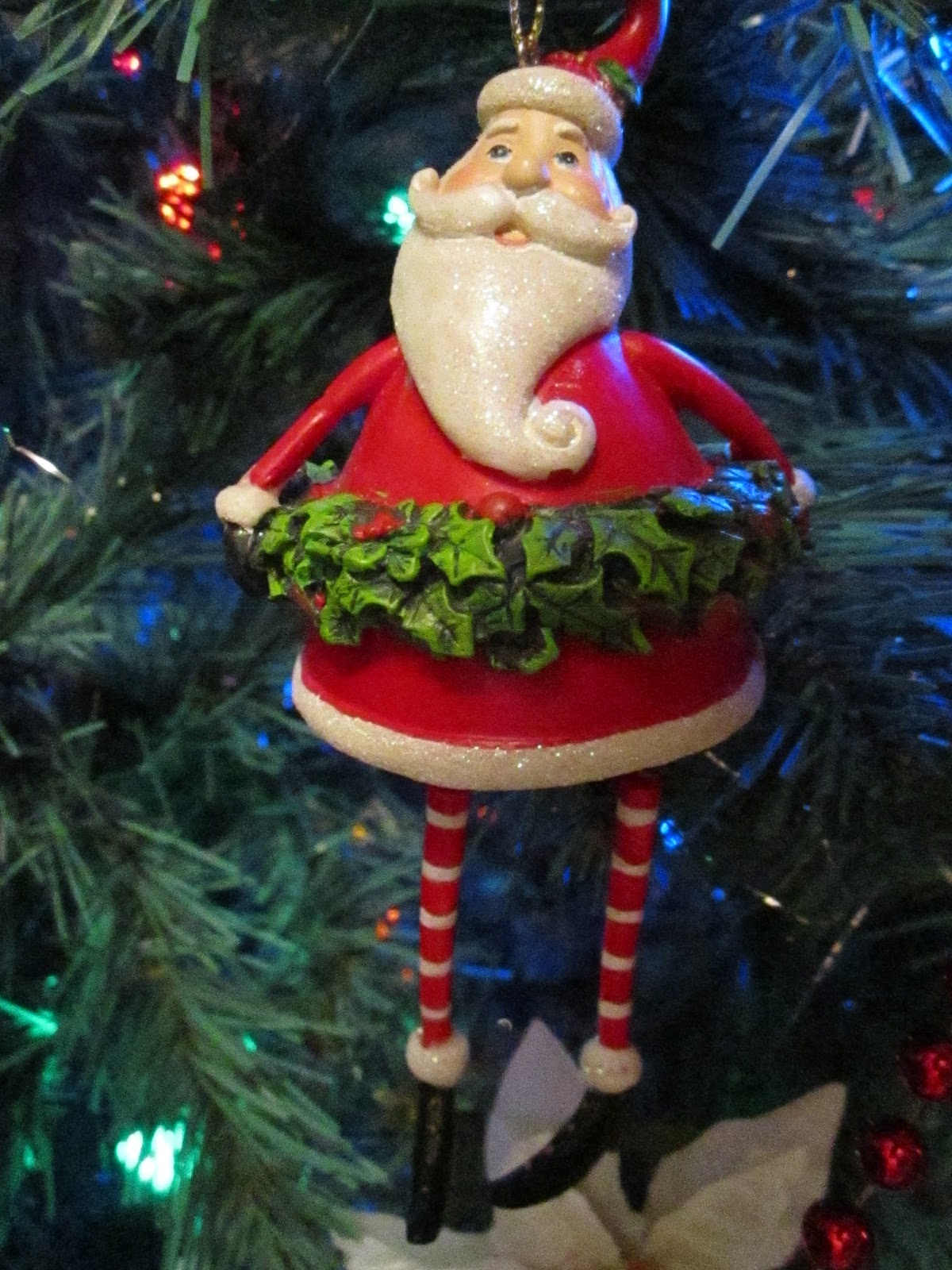 More shopping for Xmas treats.  And before anyone takes exception to my using an X instead of Christ, the X is a perfectly acceptable substitute.  Dust of your Britannica and look it up.  Xmas cakes were on tap this weekend and after perusing the latest Hamilton giving the milk chocolate and sea salt covered bacon a whirl.  Salted bacon? Yes, because clearly bacon needs more salting.  The cakes are a 48 hr project and care and attention must be paid.  Prepped the kitchen, sedated myself with a little Horlicks and somehow lost track of three hours which I still can't account for. Did the martini(s) have anything to do with it? 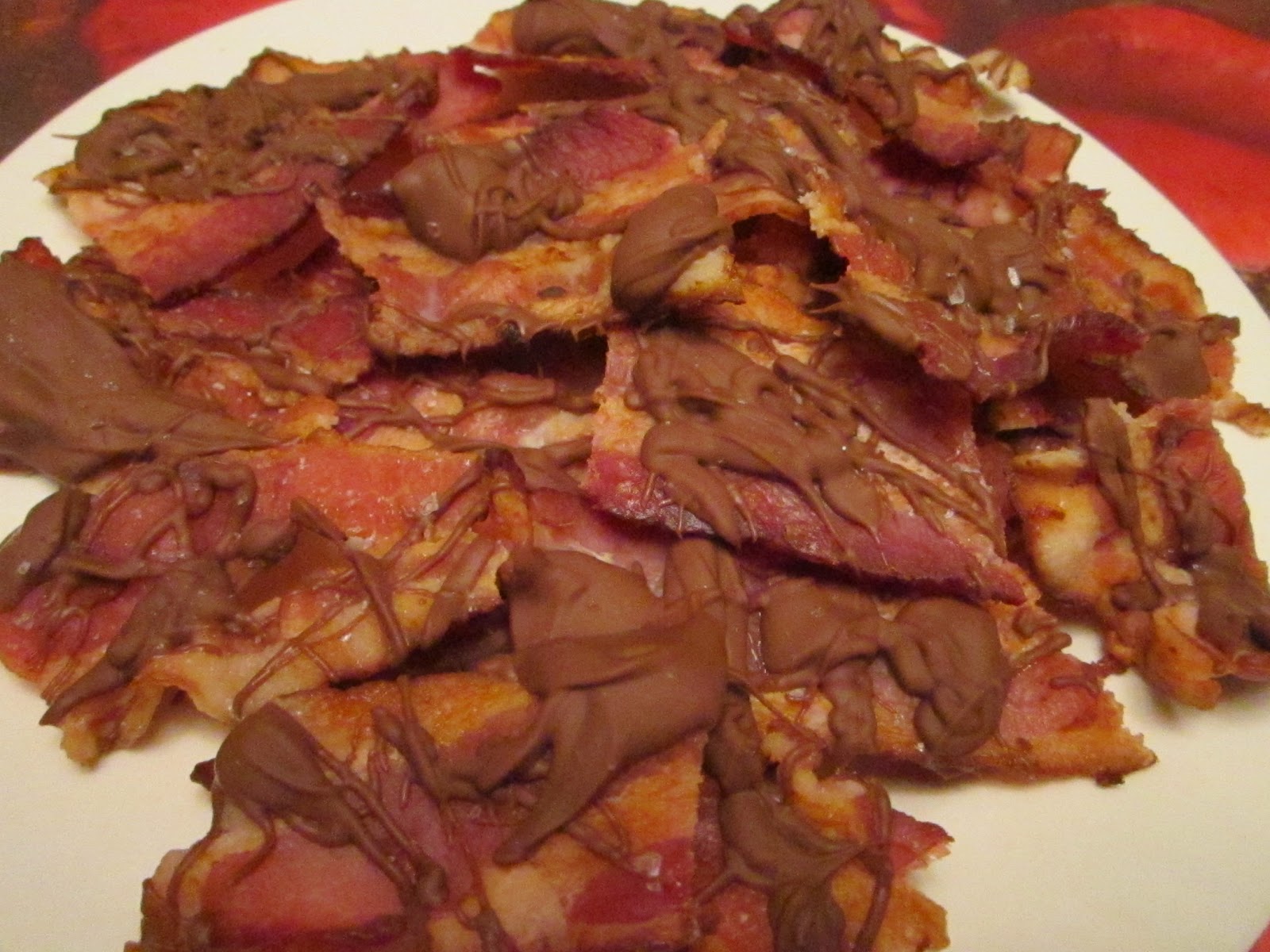 Saturday. Took a very civilized breakfast; a little pate and baguette to start the day.  Dave had presented Morley with a decorated pear tree; one of my favourite stories.   Took about three hours to mobilize as the cold symptoms had materialized overnight. No choice but to snooze. Eventually left for the downtown core; four hours before dinner.

If you remember my last trip downtown, I was laid low afterwards with some kind of plague. Wanted to do a little reconnaissance.  With one-way systems, no on-street parking and lane closures, a little tour of the neighbourhood is advised if you want to get to dinner on time.  We were headed to Seven Windows at Aberdeen & Dundurn.  I can confirm that there is no sign on the front door; no neon "OPEN" to guide you in off the street nor is there any parking signage  Found a small lot but wanted a back up plan in case it was full come dinner hour.  Seven Windows is a restaurant and lounge located in a converted bank; there is a vault available for private dinners.

Whirlwind tour of the library; took the stairs-only exercise this week.  No fourth or fifth floor anymore.  Well, no books on those floors anymore.  On tap this week are Douglas Coupland's Highly Inappropriate Tales for Young Children, Emma Donoghue's Room and Sarah Selecky's This Cake Is For the Party-short stories.  From last month, I'm recommending Naked by David Sedaris-short stories; funny stuff.  Also, two plays; Marion Bridge by Daniel MacIvor-should take you a couple of bathroom breaks to read (now on dvd if you can't be bothered reading) and Belle Moral by Anne Marie McDonald (at Shaw a few years back).  How to describe this one?  Think it's best if you just read it. 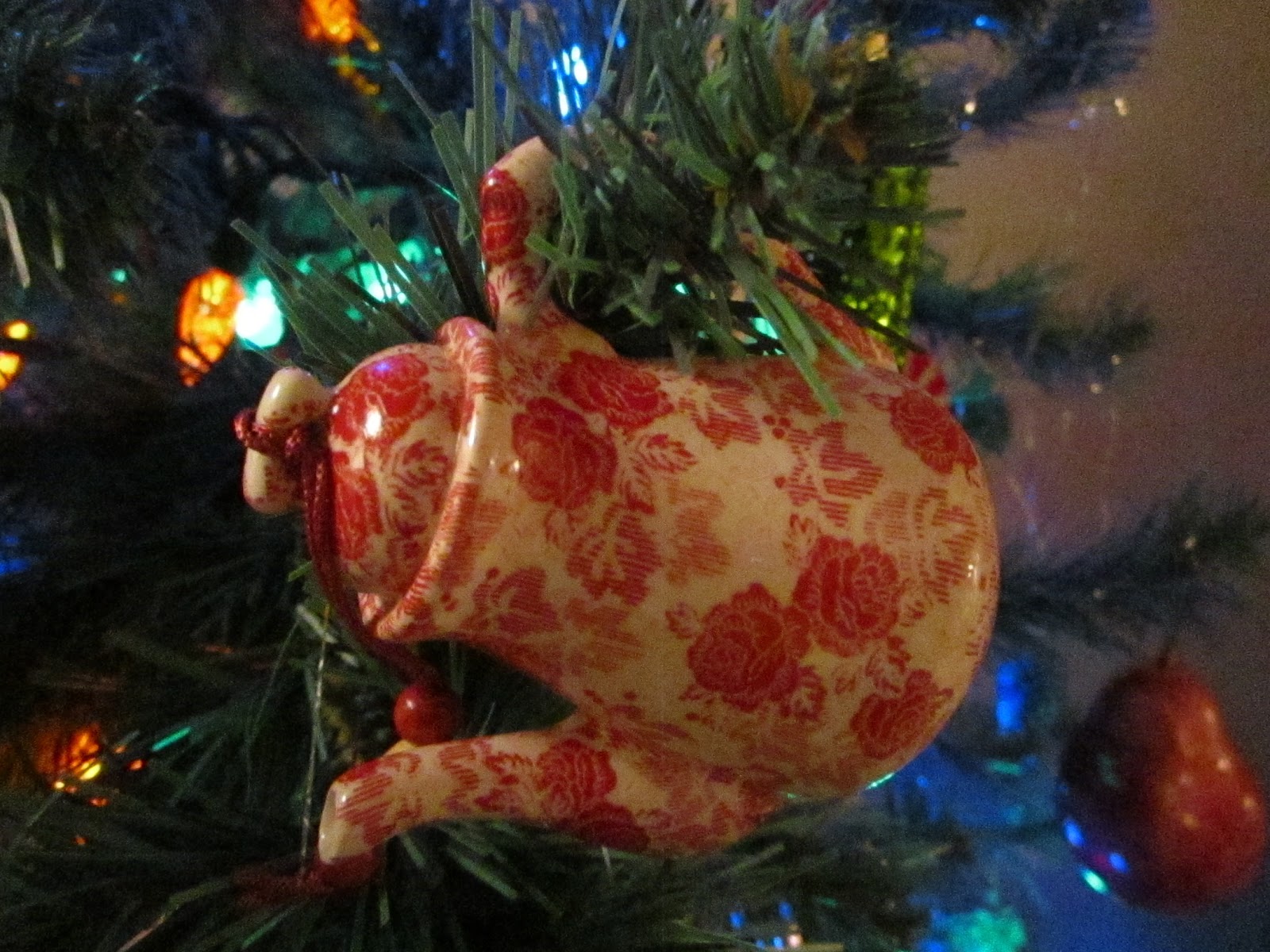 Usual cast of characters on the drive down.  Most striking was the woman in zebra striped pants and fur coat.  Will I go bold with the wardrobe as I enter the late middle age?  Read a piece the other day which discussed the idea that, never mind age 65, you become invisible at 25.  So most people will think you're just batty and ignore you when you pop to the store in your funky boots and leopard prints. Or, they just won't see you at all.

Had time for a quick visit to the Art Gallery~AGH-Napoleon.  From the first room, painted a regal red, Napoleon comes off as something of a rock star.  Long, flowing tresses and baby face features.  His signet ring, snuff box, watch and hat are on display.  Napoleon controlled every aspect of his reign and I started to think of our beloved Mr. Harper.  (I bet Napoleon's hair didn't move either.)  There's lots on display-paintings, dinner ware, beds, and a very fine gold toothbrush.  Will return when I have a little more leisure.  Runs 'til May.

Finally reached an age when no one calls to ask what you're wearing. Sandwiched myself into something that wasn't a Little Black Dress. Ah, the miracle of Lycra.  Telemarketer at 17:00  At this time of day? 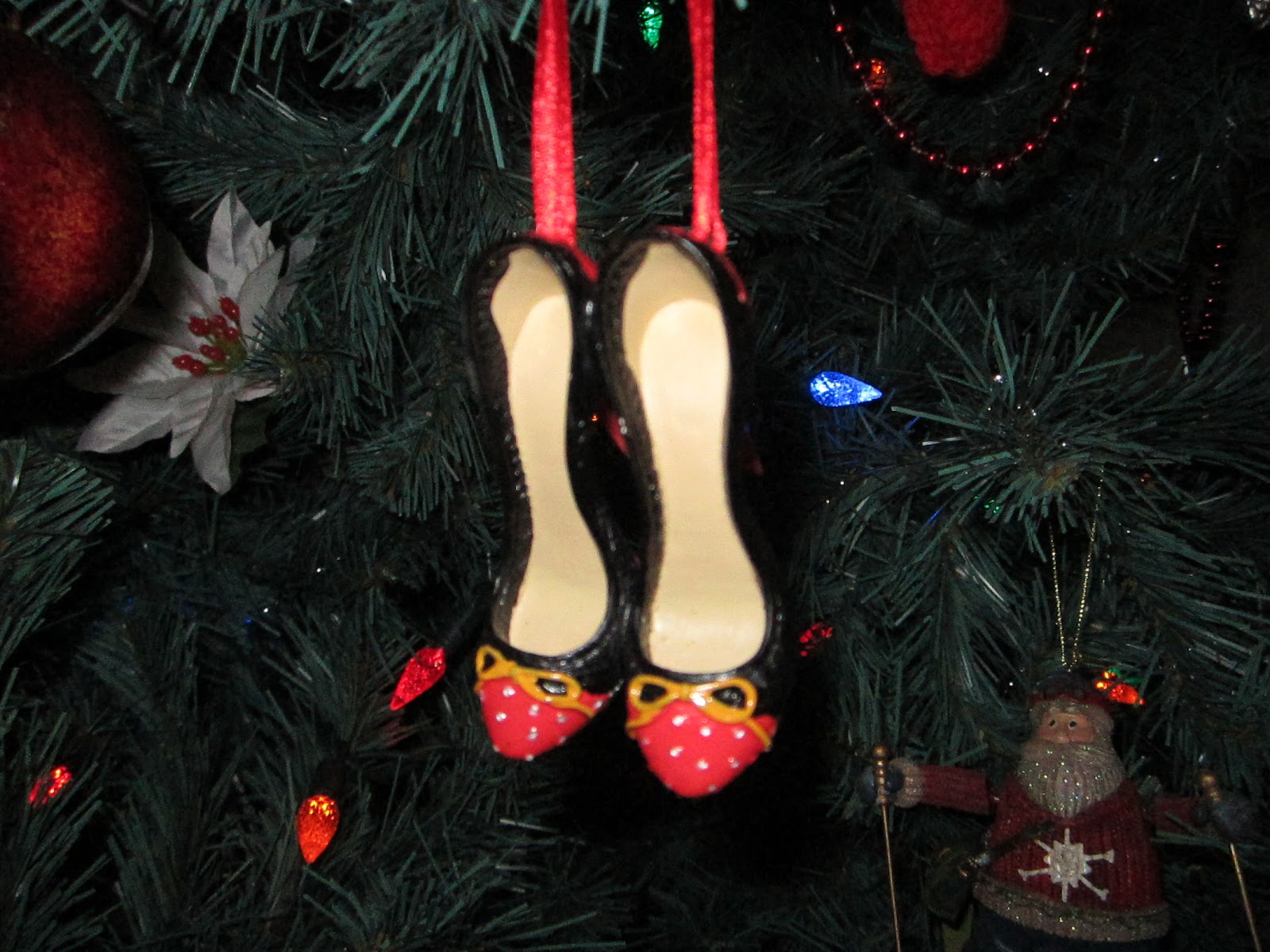 Despite the earlier reconnaissance, I missed the restaurant and drove 'round the block to double back.  As I said, no signage.  Good vodka martini. Started with the chicken liver pate which was precisely the right temperature; served with crispbreads and onion relish.  Followed this with soup-Indian with apple.  Very tasty.  At last, a restaurant that doesn't serve shrimp cocktail with red seafood sauce! Excellent presentation with everything.

Venison for mains-tender slices served on top of sweet potato, carrot, beet, sprout and chutney.  Everyone enjoyed their mains which varied from halibut to chicken to lamb to filet.   Nearly poached my neighbour's potato-apparently, they don't "do" potato. Theirs came cooked in chicken fat which sounded rather tasty to me.  Seemed a shame to waste them.

Now the only fly in the ointment is the service.  Overall, service was fine, but it lacked the full attentiveness you would expect with this kind of restaurant.  Is the water glass empty?  Is the wine glass empty?  A dessert menu that includes digestifs would be nice so you can take your time ruminating over the course and not left guessing at what's behind the bar.  And worse, in one case, having to accompany the server to the bar to have a look at the whiskey choices.  Overall, it deserves a second go 'round to see if this is the norm or were they having an off night? 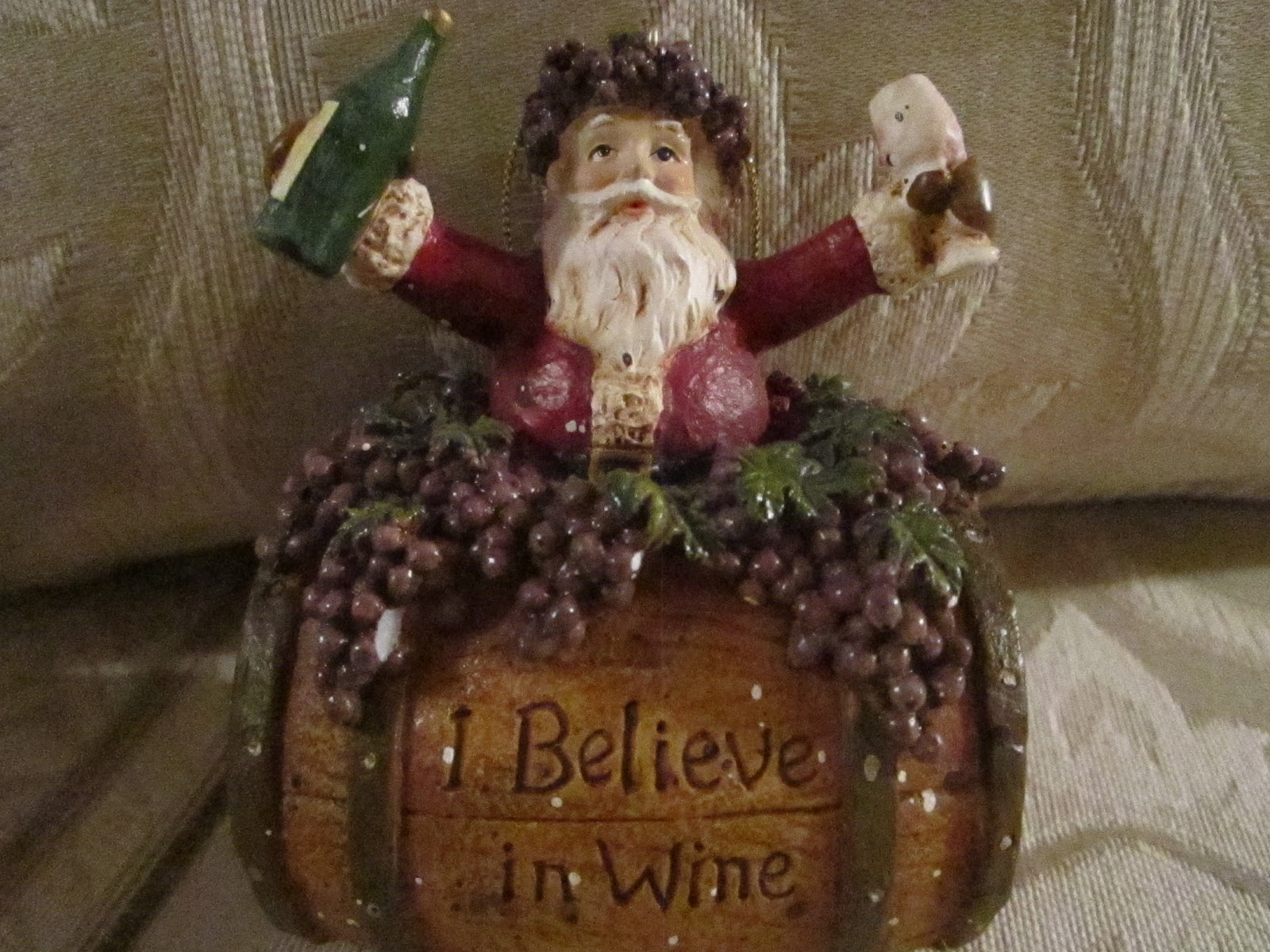 I had the privilege of chauffeuring the younger crowd back into town.  And where did they pick from all the choices?  Hess Village.  Now apart from lunch a couple of years back, the Village isn't somewhere you'd venture past the age of twenty-five.  It's full of micro skirt /platform shoe clad girls who look identical to one another and men in baggy pants, the occasional woolly hat and loose fitting shirt or hoodie.  They spill out onto the road at 2:15, blood coursing with liquor.  A fight or two ensues, police are called and it starts all over again next weekend.  Time was the village was a good spot for the thirty-five plus crowd.  It was home to the annual Jazz Fest.  Great music, good pubs, good food.  Slowly, the nineteen year olds took over.  Pubs became clubs and it went to pot(no doubt literally in some cases).

For people watching however, you can't go wrong.  There is a Hortons on the corner and it's a good spot for watching the aftermath if you don't want to venture onto the cobblestones. The fascinating world of the under 25's.  Took our place at the side of the stage of The Lazy Flamingo.  We stood out like the proverbial thumb-dressed in our suits, dress and overcoats. The Great Divide were in mid set.  Divide was a fairly accurate name as two of them looked as if they'd just walked out of an early incarnation of Joy Division and the other two out of a commune, circa 1970.  They split the set between originals and Hendrix, Lynrd Skynrd and so on.  The band did a great job and if anyone knows of a good hearing specialist, drop me a line.

One of our party ventured to the WC but no one else went in after he reported back on the conditions.  As 2 AM approached, panic set in with the natives;  like closing time at Club 54.  There was a woman of about fifty chatting up the guys.  One was mortified that someone of her "advanced" years should choose someone like him.  They have yet to stare to death in the face and think they're going to live forever.  She eventually found herself a "dance partner" who was about twenty years her junior and, once again, we had to get the oxygen out for the young lads. 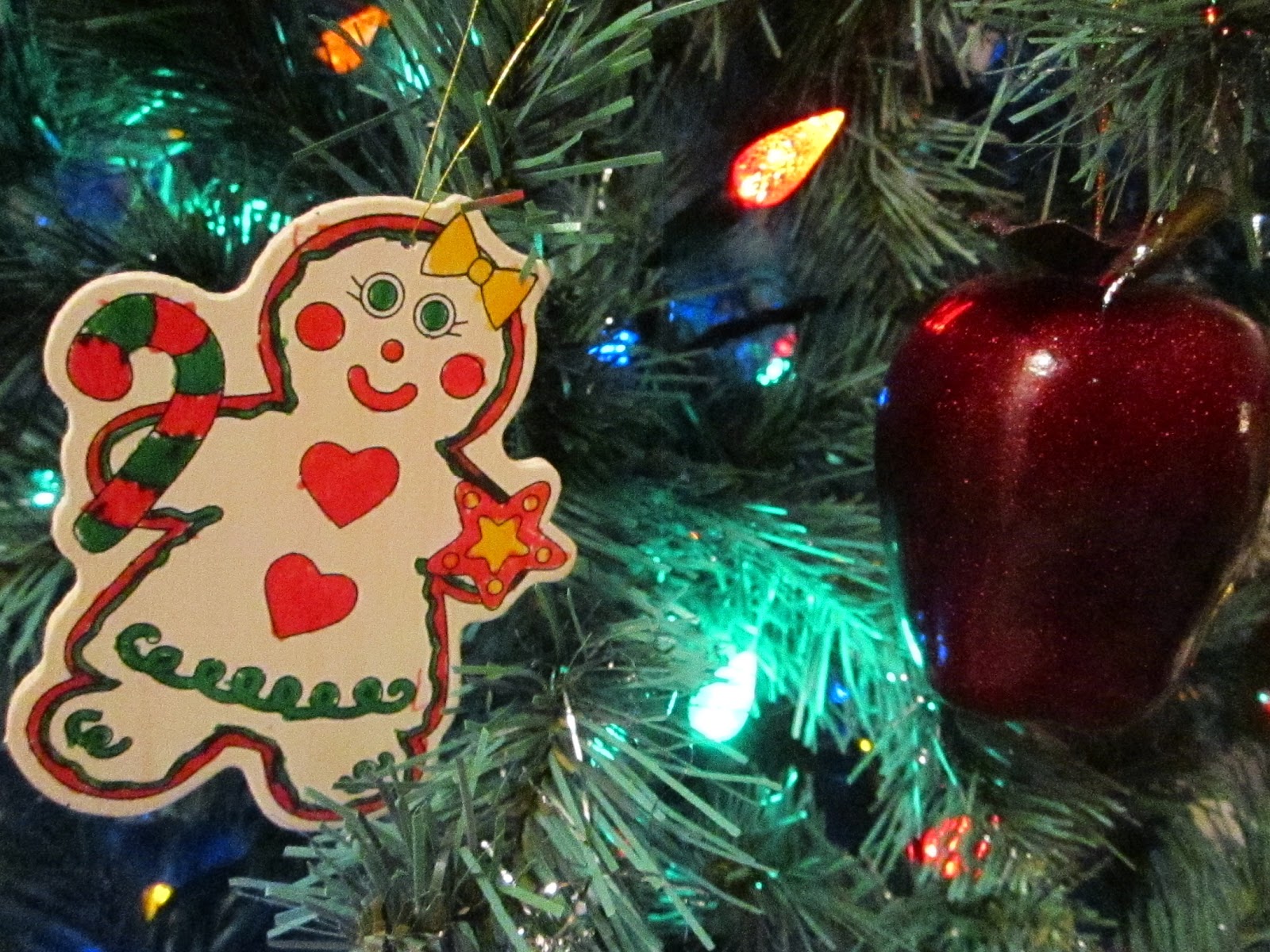 Sunday. Having gotten home at 3AM, was in no mood to tackle Stage One of "The Cake" and was a little delicate for most of the day.  Listened to Tapestry and a interview with the winner of Most Eloquent Person of the Year.  Oh to be so calm and collected.  Must find her name. Somehow found enough drive to prepare dinner for The Pater.  In my stupor, I neglected to add a critical ingredient and it took about 24hrs to figure out what it was.

Out to another game of minor league hockey with the five year olds.  Had been a few weeks since the last game and there was marked improvement in the skating.  Was that strategy at play? Thought there might have been a gas leak at one point; turns out to have been my seat mate's Bits & Bites snack pack.

Monday. Challenging day.  In my defence, the whole nation is down with some kind of flu or cold.  Don't think my lack of health had anything to do with Saturday night.  Oh, how the hours dragged.  Cake making, Phase 1,  and then bed. 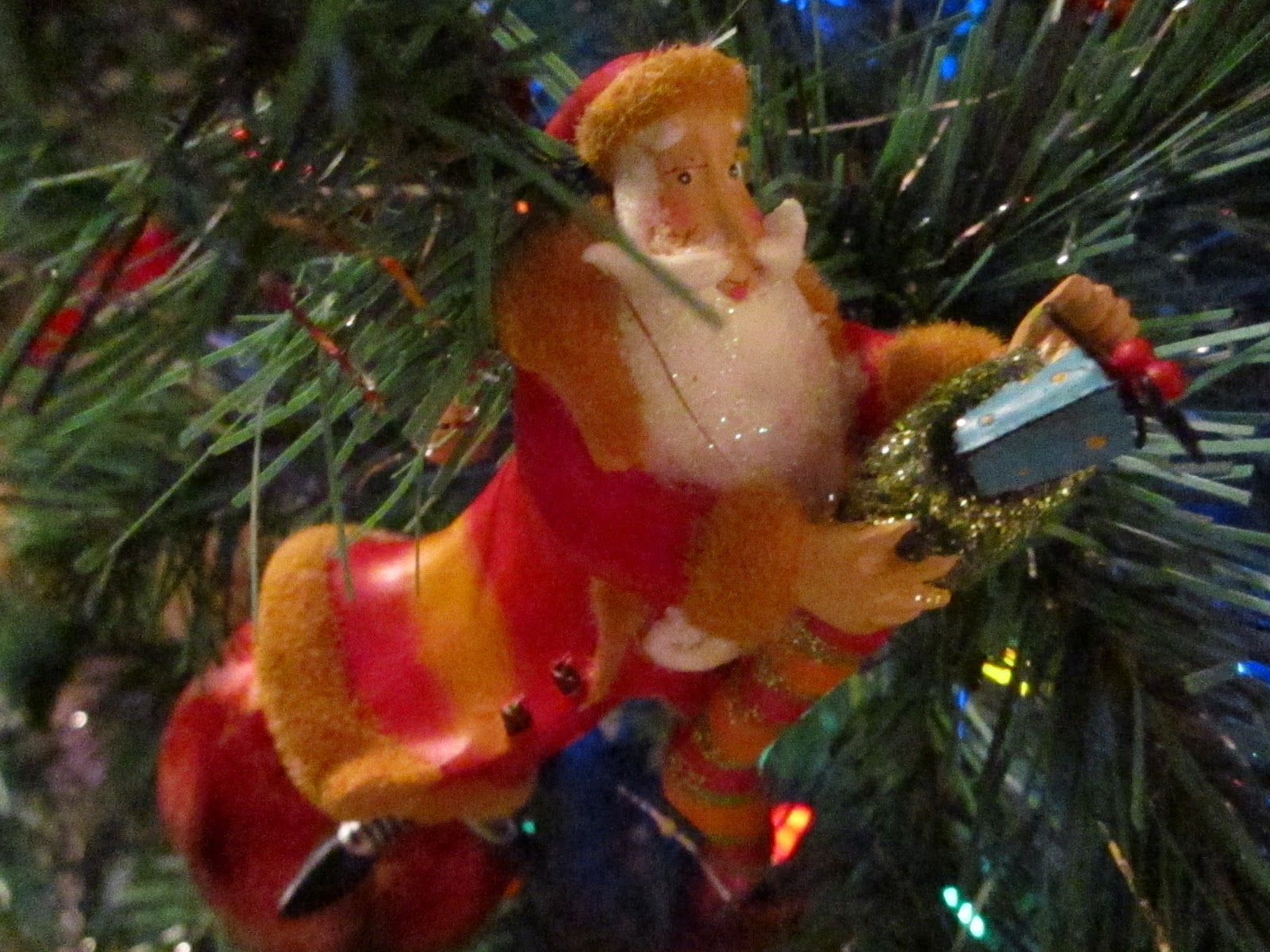 Tuesday. A blur. Cake making, Phase 2. I dosed myself with the juice of three lemons, honey and many cups of herbal tea.

And finally, Wednesday mid morning tea break. Very pleased with the results. A moist Xmas cake; no doorstops here. Put the recipe in your arsenal. See below.

What’s in the VCR this week?  Xmas chestnuts, of course. Watching them on the portable, I might add.  Oh, the humanity!  Bill Paterson in Comfort and Joy (1984).  A Glaswegian disc jockey finds himself as the go between  of two rival gangs of ice cream merchants.   A Child’s Christmas in Wales with Denholm Eliot (1987 adaptation from Dylan Thomas), A Muppet Christmas with Michael Caine and A Christmas Story-don’t think this one needs any explaining.
Don’t forget to try Soulpepper’s A Christmas Carol.  It’s running until December 29th.
Onwards and upwards with the holidays; the idea is to have as little to do on “the day” as possible while at the same time maintaining sanity before hand.
(Editor’s Note:  That's what President’s Choice is for. Just give me a great big basket of Black Label goodies.)
And so Dear Reader, a very happy and healthy holiday to you.  Enjoy yourself. 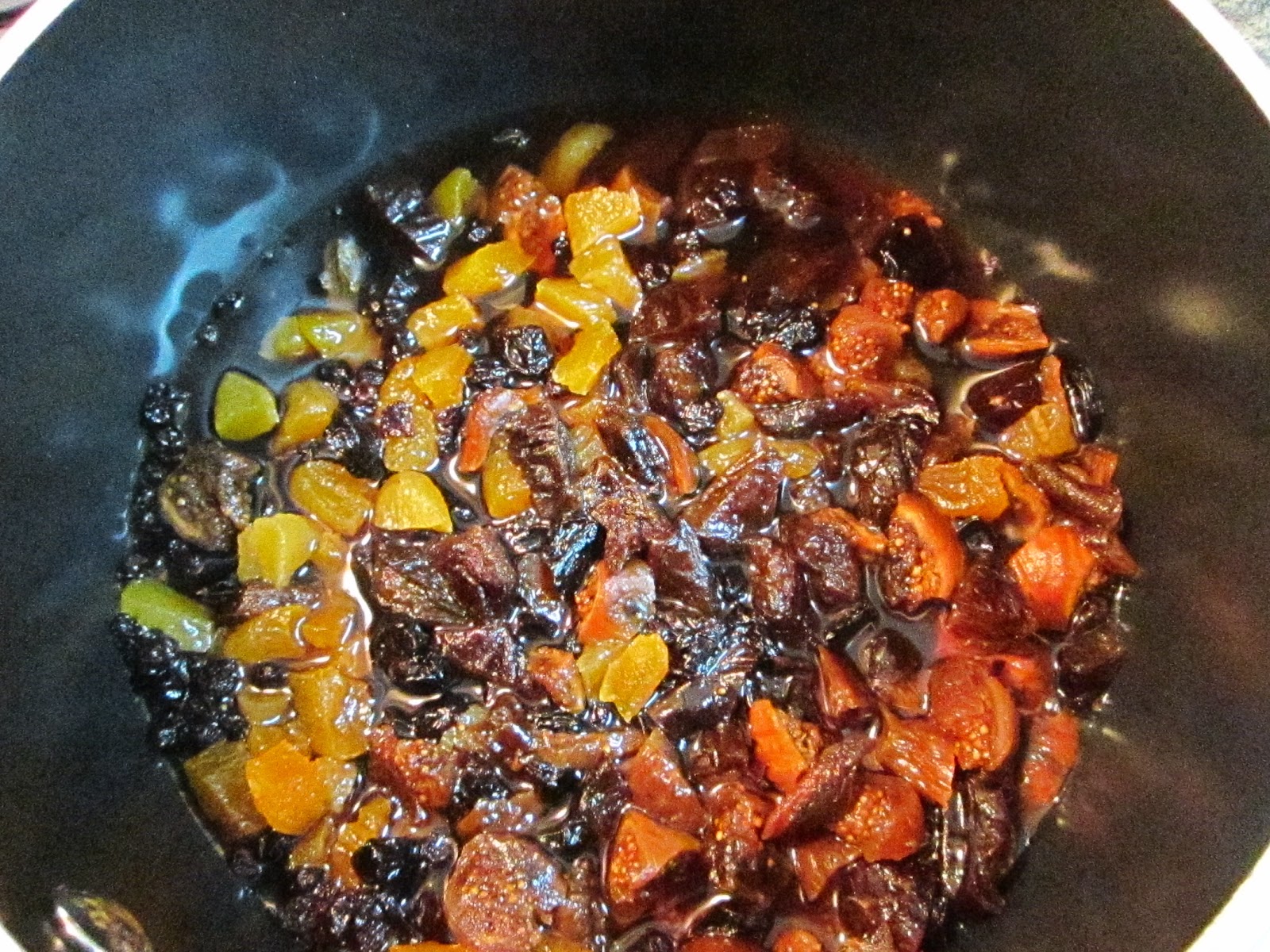 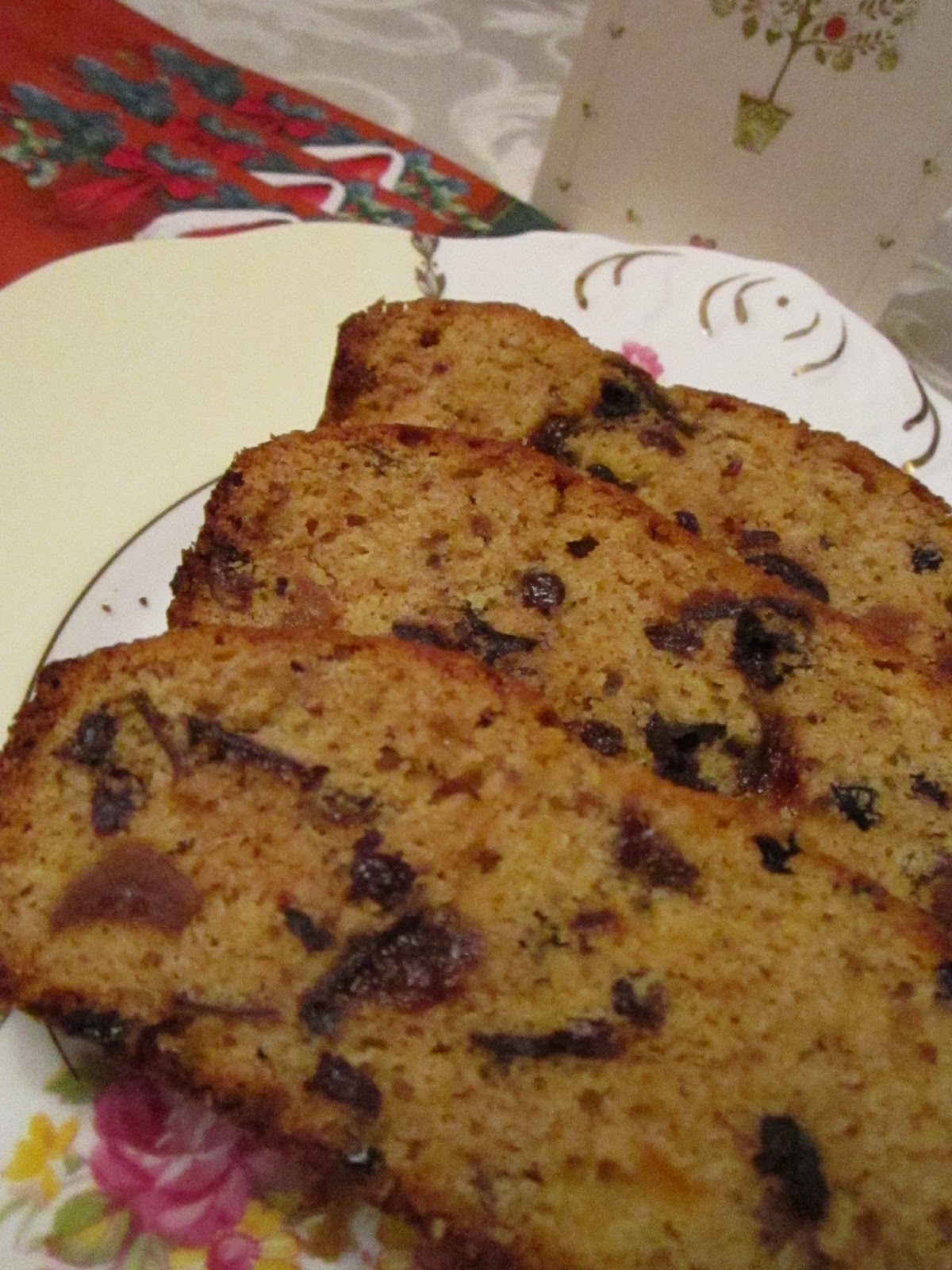